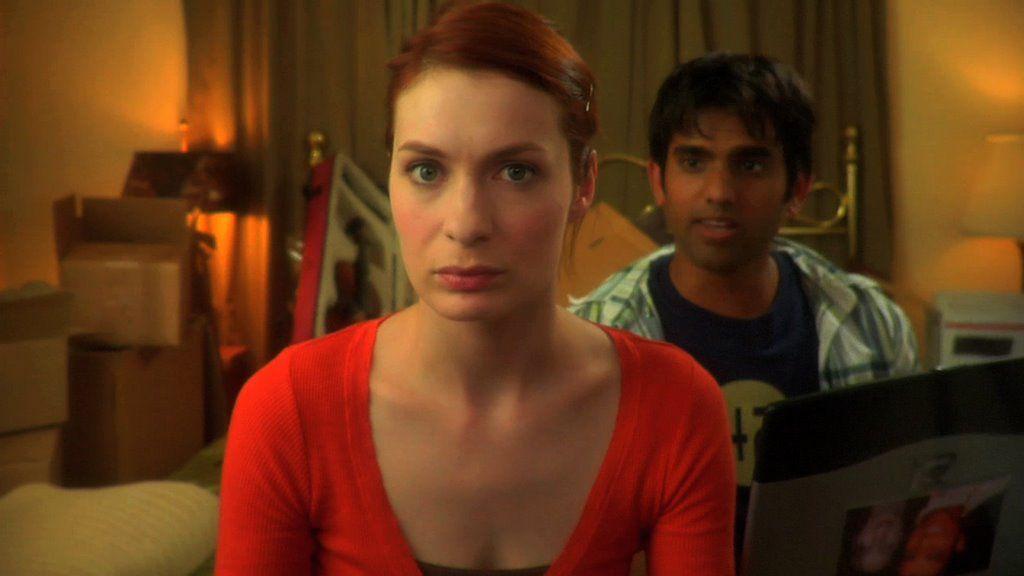 Written by The GN Staff on 2/18/2009 for
More On:
It’s really rare that we get the chance to interview someone about something other than the video game they are working on or whatever product they are hawking so we jumped at the chance to interview Felicia Day. If you don’t know who she is she’s the director/writer/star of The Guild, an online show about a guild of World of Warcraft players. She’s also a veteran Hollywood actress who’s appeared in Buffy the Vampire Slayer, House, and will be starring in an upcoming episode of Dollhouse.

Can you talk about your earliest video game memories and why you like games so much? How did you get into WOW and what other games are you currently playing? What game are you most looking forward to coming out to this year?
Gaming was my #1 pastime as a kid. I was homeschooled and it was the best thing I did to pass time at home alone with my brother. We would fight over who got to play :).   My earliest memory was playing Zork on my grandpa’s “Laptop”, which was so huge, it was the size of a desk, haha. One time we ran up a 300 dollar phone bill calling into the Sierra hint line for King’s Quest. That didn’t my Mom very happy at the time.

I got into WOW several years ago because my brother recruited me into his guild, but I’ve always played every RPG out there for the PC.
For this year, I am definitely looking forward to more about the KOTOR and Star Trek MMORPGs and Diablo 3 of course: Diablo 2 was almost the death of my college career. 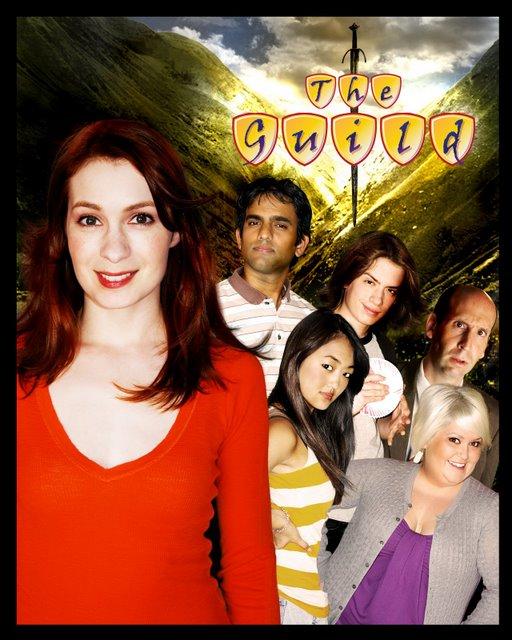 Your acting work and your work on The Guild must take up a huge amount of time, how much time do you spend gaming for fun? What other game systems do you own?
I play at least 10-20 hours a week. I have a Wii and an Xbox, a DS, games on my iPhone and of course games on my Mac/PC. I definitely don’t get to play as much as I would LIKE due to all the work I’m doing on my web shows, but it’s never a tossup between going OUT and staying IN to play games: the games always win the Friday night.

Can you talk about the process that goes into creating an episode of The Guild? How long does each episode take from start to finish? What have been the hardest lessons you've learned in producing the show? Which episode has been the hardest for you to do? Which one was the easiest?
For season 2 I wrote the whole season at once, it turned out to be 100 pages, feature length, and rewrote the episodes between shoots on the weekends. We averaged a day and a half an episode this season, because we had more locations, more crew and actors, and were shooting on HD. It was a much bigger affair for Season 2. The hardest lesson I guess was learning how to roll out episodes 1x a week instead of 1x a month. A lot of logistics to work out and get the episodes delivered on time.

The easiest episodes are the ones where the cast are at their computers separately, and the hardest episodes were the last four of Season 2 because we had like 20 extras, were shooting in small quarters, fight scenes, etc. It was a lot to chew off on such a small budget! The good will of the fans comes in handy for our show; we’re so lucky that they’re talented and want to help make the show what it is.

Congratulations on wrapping season 2. Do you foresee a complete story arc with the Guild, one that comes to a calculated end--or is this a series that you feel can continue indefinitely?
I didn’t set out for this to continue indefinitely, but it seems like these characters have a will of their own, stories for them keep popping up in my head, so I’ll continue as long as that happens!

How did you come up with the avatar names for each character? What were some of the names that were rejected?
Interesting question! Codex has been my handle all my life, it’s from the Ultima games. I definitely remember Zaboo’s name was “Puck” at one point, and Clara’s was “Muffins”, until I had the idea of her using her own name. 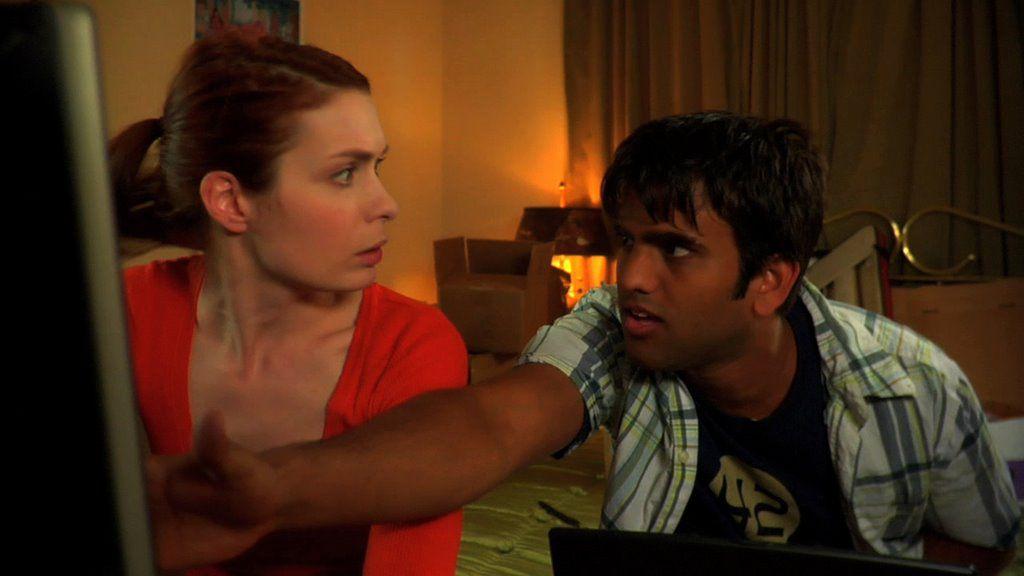 What challenges do you face as an Internet producer? Is it hard to make a living making a career out of the Internet?
I definitely don’t make my living off the internet, I’m an actress and pay my bills that way :)

Even though The Guild feels like a sitcom more than something created by video game fans (ie RvB, Low REz, and Video Game Theater) and I think the reason why is that the language used when talking about "the game" is kind of generic MMO speak. Was this intentional to avoid any legal complications or we're you trying to reach a larger audience? How do you balance a show that caters to the hardcore with making the show accessible to someone who doesn't know a murloc from a minotaur?
Yes, we deliberately use generic RPG terminology, at first to avoid copyright, and then after that to make sure we focused on the characters and not arguing about crit ratings etc. It’s a delicate balance between satisfying the gaming aspects and the non-gaming aspects, but at the end of the day, these characters are people who game, they’ve created a community through gaming, but they’re more than their labels of “gamers.” As we all are.South Koreans really love their MMOs (who can blame them). Have you had any feed back from any native Koreans on The Guild?

Strangely, not a lot! I’m not sure that we have subtitles in Korean through Xbox Live or not, but I’d love to get the word out over there. Maybe a Korean version of The Guild with Korean actors? That would be cool! :)

The characters in the guild are presented as a band of misfits that are socially awkward. Do you think your perpetuating a negative stereotype? If not then how would you respond to someone who accused you of giving gamers a bad reputation?
I don’t think anyone would accuse me of that. I set out to show the world that gamers are not sullen dudes living in their mom’s basement, like mainstream media portrays them. Adults play, parents play, pretty girls play. This is a rich culture, and I try to be careful about making FUN of the characters vs. HAVING fun with them. Apart from that, I personally AM socially awkward, so whatever, I’m writing what I know. 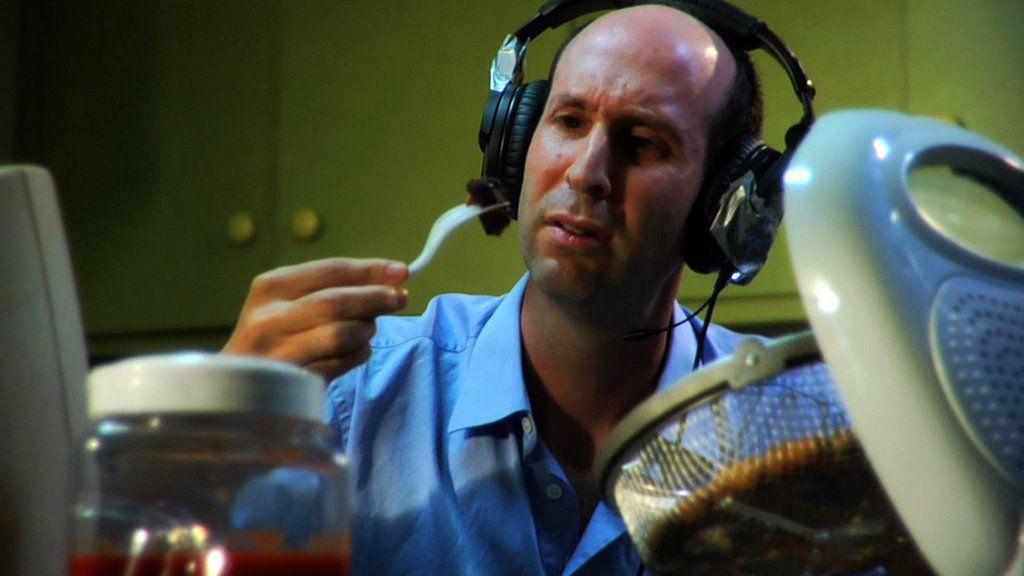 Fernando Chien (Wade the stuntman) brings a stunning amount of kinetic energy to the show. How did you go about adding him to the roster?
I knew I wanted a love interest for Codex for the season who WASN’T a gamer, and it took 2 months for me to come up with a non-cheesy character my audience wouldn’t hate on sight and wasn’t a cliché. I’ve worked with lots of stunt guys in my time as an actor, so when I stumbled on the idea, everything fell in place. He’s a GREAT actor, we were so lucky to have him as part of the cast.

The beginning of each episode is a little reminiscent of the beginning of Dr Horrible. Did you take some inspiration from it given that you did star in it?
The Guild predated Dr. Horrible, so no the inspiration didn’t come from it, but the webcam conceit isn’t exactly new, I didn’t invent it. I fought using it for quite a while when I wrote the script, but the visceral connection of a person staring out at you is powerful when watching things on a tiny internet screen. And Codex is such an introverted person that we find out much more about her personality through the webcams than when she interacts with other people.

Have you heard from anyone from Blizzard about the show?
They are great supporters of the show, we went to Blizzcon and gave a panel and they provided us with a booth. I love everyone I’ve met over there. We are great fans of each other haha! 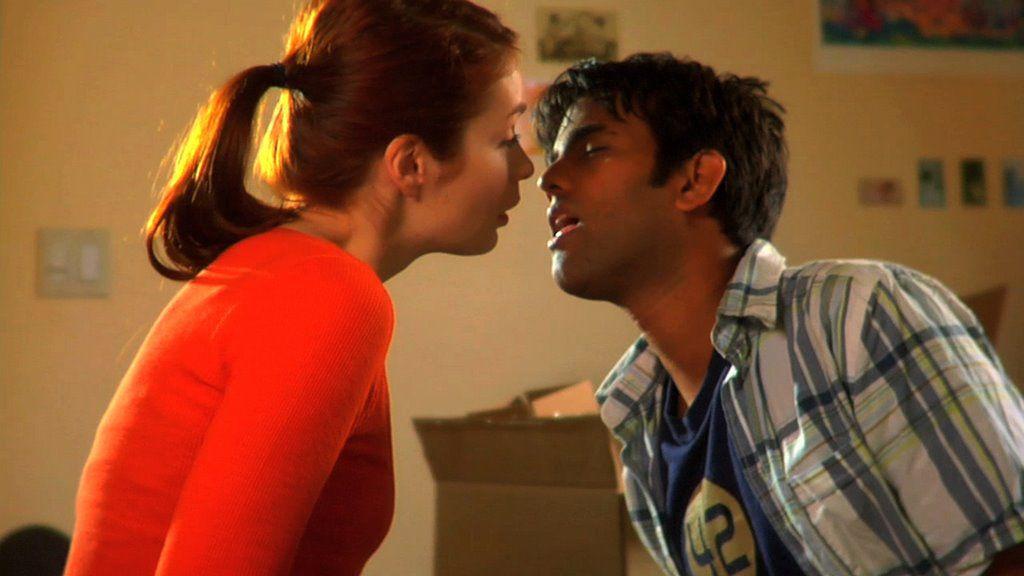 The Guild is now syndicated on Xbox Live, could you talk about how that deal came about and the impact that it's had on the show? Do you think the show has opened more doors for you in Hollywood?
We started shooting Episode 1 of Season 2 of The Guild on our DVD money because I didn’t want to sell the rights to the show to a production partner, and that was what everyone wanted to fund the show. We stuck to our guns, and then magically Xbox came in and wanted to partner to deliver the show to a whole new audience. They got the show, they didn’t want ownership, and they got Sprint on board to sponsor. We have a huge number of new fans through Xbox Live, and the show is downloadable on people’s TVs right next to traditional Hollywood shows in their Marketplace. It’s an amazing distribution opportunity, and they are so supportive and fun to work with. It’s a dream come true.,

As far as opening new doors, it has to a certain extent, but Hollywood still doesn’t look at web video as quite“legitimate”, so it hasn’t really helped my acting career that much. I do think having the confidence of running my own show has made me a better actor. I’m not begging for approval anymore, which was why I started doing this in the first place.

We'd like to thank Felicia for taking the time to answer our questions and we encourage you to watch her show.