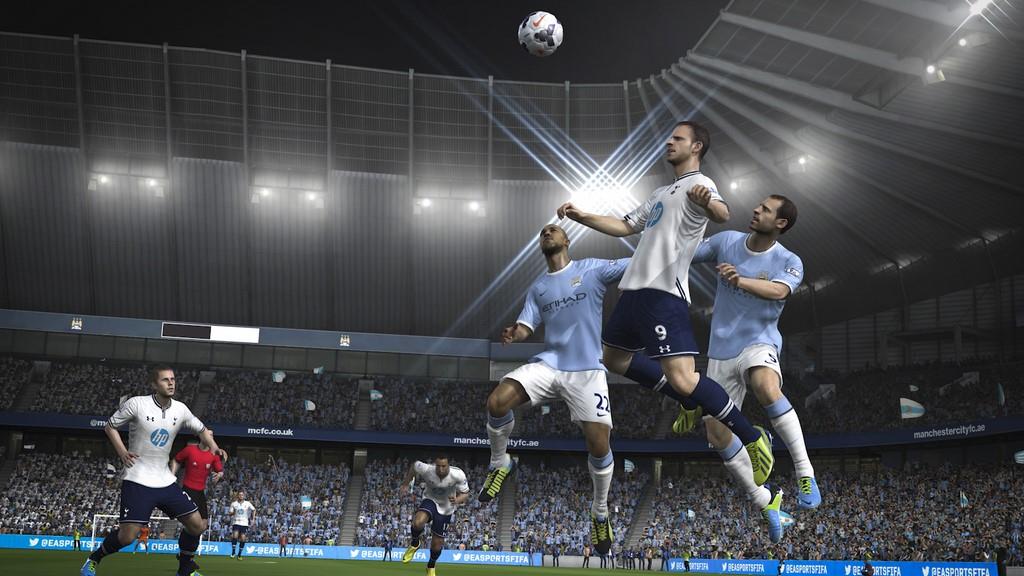 One of the biggest challenges to the launch of a new generation of gaming is the timing and ability to pull freshly released games from the predecessor onto the new system to garner interest. The Xbox One didn't have to do this too much, but with the popularity of FIFA 14 soaring, it only made sense that the world's game be brought to the Xbox One as soon as possible. The game has been out for some time, and there are plenty of comparisons to make between the old generation and our new generation.

Gameplay
The core elements of the gameplay have not changed much in the jump to the Xbox One. The button scheme and general control of players and passing remain intact. The change comes with how the players move on the pitch. In the Xbox 360 version, the players seemed to have far more jerky moves, especially when coming out of sprints or making mistakes. These jerky moves have been cut down some, though the realism of movement is still there and left untouched. Motions are smoother and seem more natural, especially when players are sprinting with the ball in their possession. Fullbacks and wingers make their runs with the ball much easier, though giving away the ball is always a problem, yet seemingly moreso in the next-gen version. The AI has definitely received an upgrade as it is smarter at the lower and middle levels of difficulty. It's much harder to make runs in the middle of the field, but also tougher to do proper passing.

Elements that have received an upgrade comes from the on-field views, especially with set pieces like corner kicks and free kicks. There was always an awkwardness in the past games that made the lining up process for these kicks seem a little odd with the depth field of the players ahead. The upgrade in the engine and graphics has improved that, and it no longer feels fake. While those have been improved and run smoother, the "be a pro" camera view is still behind the PC version. I was hoping that it would run smoother with the improved power of the Xbox One, but it did not manage to shake the fake feeling of the players around the one being used. Most of the camera views can really change how a player takes on the game. The standard view works very well, as expected, but a couple of the different views result in some odd angles. The true televised version basically fixes a camera into one spot and just pans back and forth, causing a lot of confusion as to depth perception and angles, especially it the match is being played at a smaller stadium. In the larger stadiums, such as Etihad Stadium, Old Trafford, and White Hart Lane, the view is better since the camera angle is higher.

Skill moves have not changed at all and seem to be a little easier to pull off. While the motions haven't been changed at all, it seems as though the engine picks up on the commands faster and they come off a little more seamless. Skill moves are far more vital in this version than in the 360 version. The AI seems to pick apart middle attacks without crisp passing and at least one or two skill moves.

Game Modes
No new modes have been added to the next-gen, which isn't a surprise. Most of the modes received some type of face lift or upgrade. Ultimate Team looks a little more robust with its system and offers better searching and quicker ability to go through the various players that are available. The FIFA points system has changed to follow the new guidelines of buying points now that Microsoft has gone to just regular money wallets instead of the points system. I don't agree with that move due to taxes and whatnot, but at least it's clear what your cost is.

Career mode, both as a player and manager, have been unchanged from the 360 mode, giving it the same amount of depth that players who enjoyed it on the previous generation something to look forward to.

One notable exclusion from these modes, however, is the Creation Center from the web applications. The official reason was that there wasn't enough time to include the platform and manage to make the switch. It may come in the future, but with the game already a few months old, this is a mode that should be looked for in next year's game and not as a patch anytime soon.

Online seasons and co-op play work just as well, especially when playing with a friend online in the co-op seasons/cup mode. Searches for opponents run smoother and the game connects at a faster pace with less lag.

Presentation
Graphically, the changes are easy to spot. Many of the stadiums received major face lifts, primarily with the different views that are in the pre-match build up. Specifically, Old Trafford, Etihad Stadium, Emirates Stadium, and Allianz Arena all now have build up shots from outside the stadium and various angles that get better views building up to kickoff. Other stadiums, such as Anfield, White Hart Lane, San Siro, and Stamford Bridge, received most of their updates on the inside of the stadiums. Certain aesthetics to each stadium had some vital parts missing or weren't accurate. The updates definitely cleaned up these looks, and now all of the licensed stadiums are as close to accurate as it gets. I still hold out hope that, in coming seasons, more stadiums are added and the generic stadiums get either a better mix or some upgrades themselves. 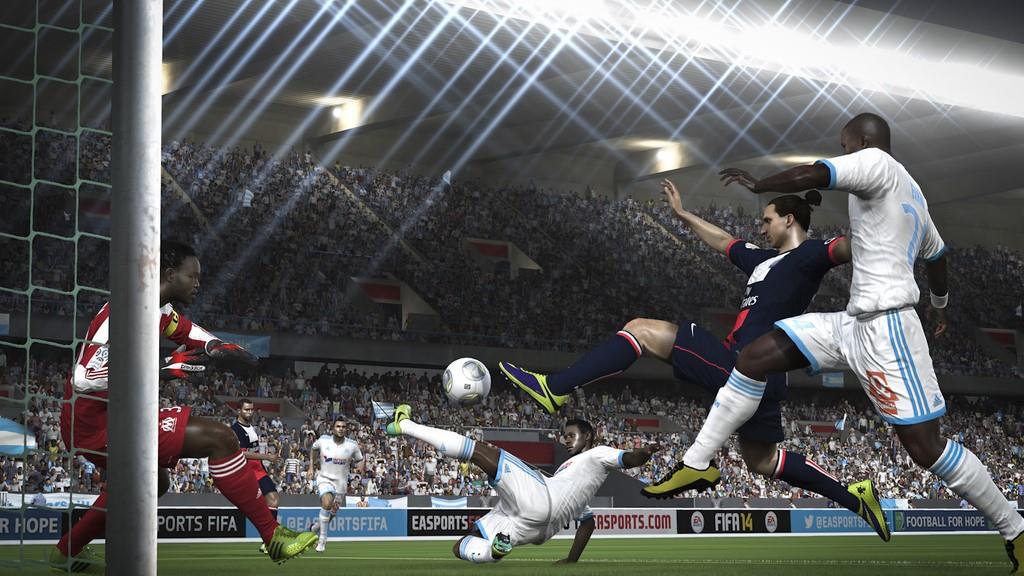 Player models are the most impressive change to the game. While most of the big name players in the game, such as Lionel Messi, Cristiano Ronaldo, Wayne Rooney, Robin van Persie, and Zlatan Ibrahimovic, have all looked like themselves in the past couple of versions, many of the players that are still well known would look kind of accurate, but still be off. Clint Dempsey has been a victim of this for the past couple of versions. The USMNT Captain finally looks like himself, along with a few other players such as Landon Donovan, Jozy Altidore, and Tim Howard. In the future, I want to see most major teams have accurate facial models as, when it starts getting down into the relegation teams, the players are definitely more generic, though have at least some type of resemblance.

Broadcasting has not changed much. The rotating broadcast teams still offer very good play by play and don't overdue it, though repetitiveness with various lines is starting to become a problem. They get a pass in this version simply because of the push to get it out for launch, but next year's version really needs some variety to the commentary.

Overall
FIFA 14 doesn't feel like a rush job, considering the circumstances. The game is robust and offers the same exciting gameplay as its previous generation version. There are plenty of kinks to work out, however, as the gameplay never feels like it's taken a huge jump forward. Some of the camera angles are still choppy, so for those who want to use the on-field camera, they have to put up with the slower feel of the game. The game modes remain largely intact, though the exclusion of Creation Center is a disappointment. The bottom line, though, is that the game is still worth picking up for football fans, both hardcore and casual alike.

Updated graphics and player visuals are what make FIFA 14 worth picking up. The stadiums and fields look spectacular, though some minor issues with gameplay elements can bring the game back down a notch. For a title that may not have been rushed, but definitely hurried for launch, EA Sports did a good job in getting soccer fans their fix.