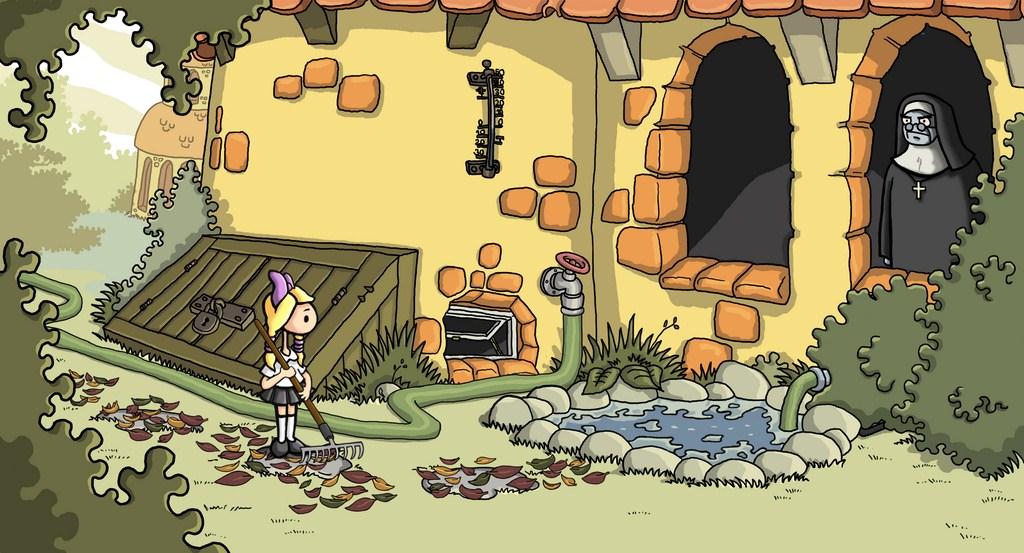 Written by Ben Berry on 11/23/2012 for PC
More On: Edna & Harvey: Harvey's New Eyes
I’ve been playing point and click adventure games since around the time the mouse became a common accessory for the home PC. I specifically remember some Hypercard based adventure games which led to me doing my very first database programming attempts at making my own games. So it was a journey back in time in a way to play Edna & Harvey: Harvey’s New Eyes.

The title is a bit deceiving in that while this is a follow up to Edna & Harvey: The Breakout, Edna is not the main character of Harvey’s New Eyes. Instead, the game focuses on Lilli, a quiet, insecure, and kind hearted girl who doesn’t get to complete a word let alone a sentence in conversation. She’s roommates with Edna who is the title character of both games, and is still trying to get away from Dr. Marcel who appears to be the man pulling the strings at the Catholic boarding school where the game mostly takes place.

The plot is wink and nudge punny, but in a charming way; while letting you know that you’re not playing the kids game that ball most appearances Harvey’s New Eyes would be seen as, the violence is cartoonish and muted but the whole game sort of emanates a dark undertone. The missions are generally challenging even with a limited number of click points per screen. The last mission prior to leaving the school took me almost 25 minutes just to figure out the first few steps, and almost an hour to finish. Things get even more complex when Lilli is hypnotized and can no longer simply disobey instructions from adults; she has to break through the psychic road blocks before moving on with the quests themselves.

The controls are as basic as they come; the left mouse button and the space bar. Simple interfaces are a great thing in a day of complex control schemes for even fairly basic games. Where it falls down is the fact that many or most screens have only one way out of them, so if you want to go to a specific room in a building, you have to retrace your steps to get there walking through screen after screen just to get to a given room that in most games you could simply select the room and head there without having to wait for each screen to load, select the next screen and move on.

Combat within the game doesn’t exist as you might expect. Instead any conflict that occurs is as a result of some choice made in order to accomplish a goal and further when something painful happens, Lilli is never in the room to see it and the results of conflict are brushed over in such a humorous way that while the game definitely has a creepy vibe to it, in my opinion it is definitely ok for teens (the rating wasn’t available on ESRB.org as of this posting). 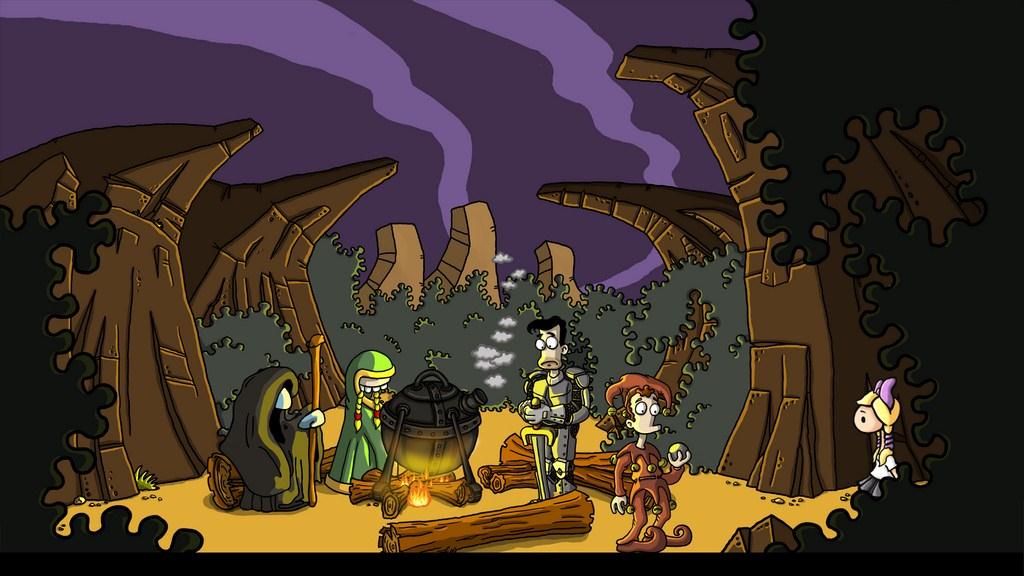 While Lilli doesn’t say much during the game, she’s the only one who isn’t talking up a storm. The narrator, aside from pushing the plot along also provides responses to Lilli’s actions, especially when she does something that the game doesn’t want her to, like putting dynamite in the school generator.  The dialogue is generally well written and acted, but a lot of it becomes repetitive especially when you are having trouble with a mission and trying the same things multiple times.

While Harvey’s New Eyes is sometimes annoying because of the limitations of the point and click genre mixed with the complexity of some of the puzzles, I genuinely enjoyed the quirkiness of the plot, animation, and dialogue. This is a game that could have gone severely off course pretty easily but the designers did a great job of walking the line between darkness and humor while keeping the difficulty just high enough to be challenging and occasionally frustrating without being offputting.

Witty, and with a wink and nod to the limitations of the point and click style adventure genre Edna & Harvey: Harvey's New Eyes gives gamers an adult experience while providing the necessary cover for a teen rating. Recommended for old school gamers looking for a reminder of the past, or those who enjoy quirky plots.