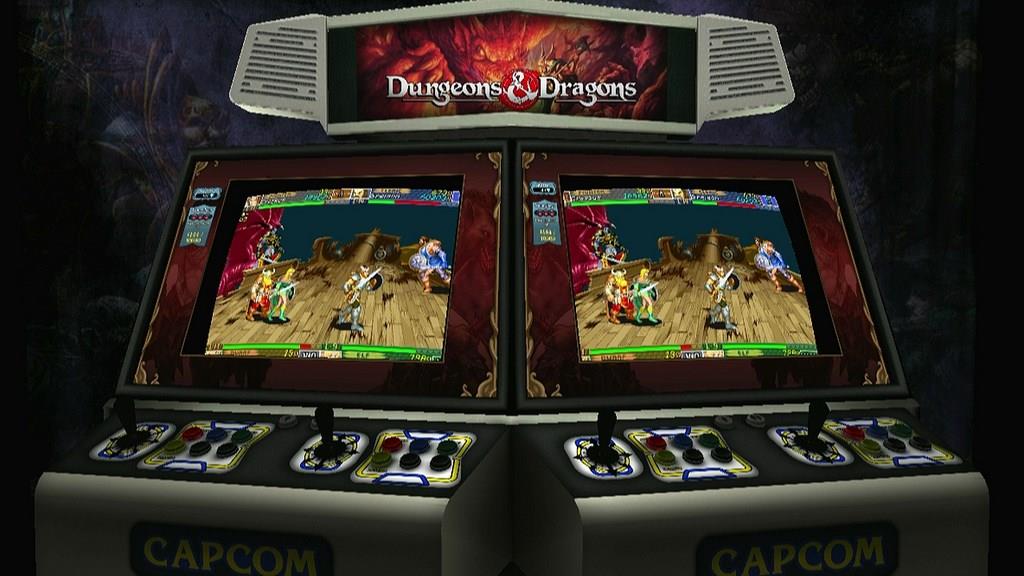 Written by Jeremy Duff on 7/2/2013 for PC
More On: Dungeons & Dragons: Chronicles of Mystara
The beat’em up genre has changed in the past couple of decades. Traditionally, games like X-Men and TMNT were simply about bludgeoning bad guy while moving from point A to point B with a bunch of your friends. That is about as deep as the entire experience got. Then, something changed. Games like Guardian Heroes began adopting deeper, almost RPG, gameplay elements to strengthen the overall experience. They weren’t the first though, that credit usually goes to Capcom’s D&D series from the early and mid-90‘s.

Chronicles of Mystara features both of Capcom’s classic arcade D&D games: Tower of Doom and Shadow Over Mystara. The games, which date back to 1993 and 1996, were way ahead of their time. On the surface, they are classic brawlers, but the experience goes a lot deeper than just pummeling baddies. First off, the story of the games was a huge part of the experience; this isn’t about simply saving the girl but rather making your own choices as you progressed through an adventure. Both games play out like a “choose your own adventure” of sorts, which really helps to vary the experience with multiple playthroughs. AFter key moments in each game, usually boss battles, you choose one of a couple of paths which dictates the direction of the story. It was a very novel idea at the time and helps create an extremely varied gameplay experience across multiple playthroughs. 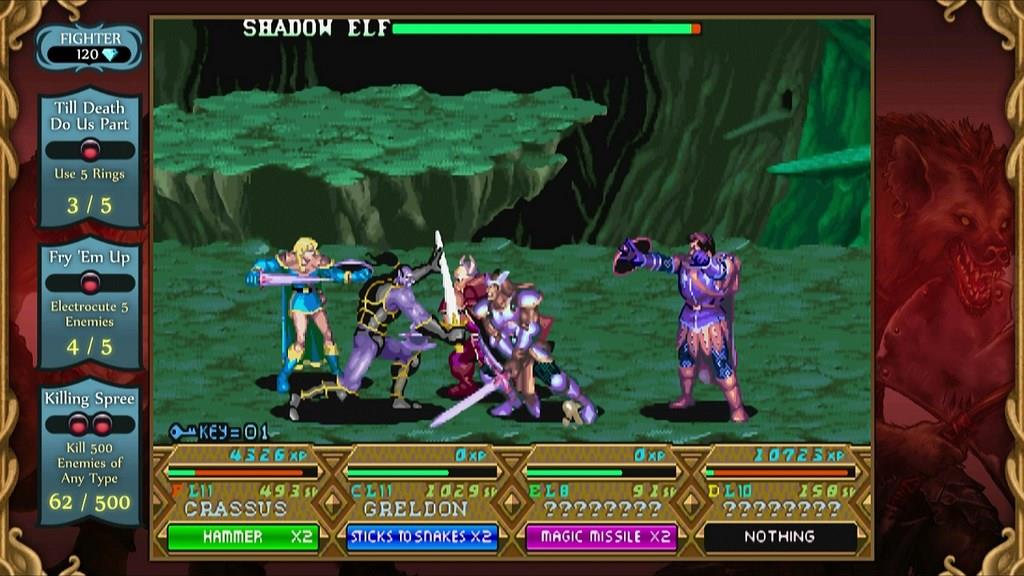 Another aspect that really separated these two from the pack was the character variety. Few brawlers placed as much emphasis on unique and original characters. There really are unique gameplay aspects to the different characters; they are more than just pallette swaps. This comes into play in the multiplayer modes more than any other as players truly have unique roles to play when adventuring in a party. It is very beneficial to have a fighter or dwarf playing the role of tank or aggro in the middle of battle while your elf or magic user staying back and providing support from afar. Few other games did that at the time, let alone as well as Capcom’s D&D games.

Normally, when you hear “Dungeons & Dragons”, you think of incredible depth and detail, to the point that it is almost overwhelming; at least I  know that I do. Games based on this classic franchise are usually for the definitive hardcore RPG players and those familiar with the D&D universe. Not these two. This is as simplified as the D&D world can get. You have character leveling and traditional lore, but it is all offered in a streamlined, accessible nature. I would almost consider this an “intro to D&D”. That aspect worked in the favor of the original games and it works for this compilation.

From a historical aspect, as Cyril touched on in his review of the console version of the game, the release of Chronicles of Mystara is huge. These games have never made their way to consoles outside of an obscure Japanese release on the Sega Saturn. Aside from that, the only way that gamers could experience them in all of their glory (legally) was to find an arcade and let the quarters flow. Now they are right here, in the comfort of our own homes, in all of their original glory. As great as that is for fans like myself, that also happens to be this compilation’s biggest problem. 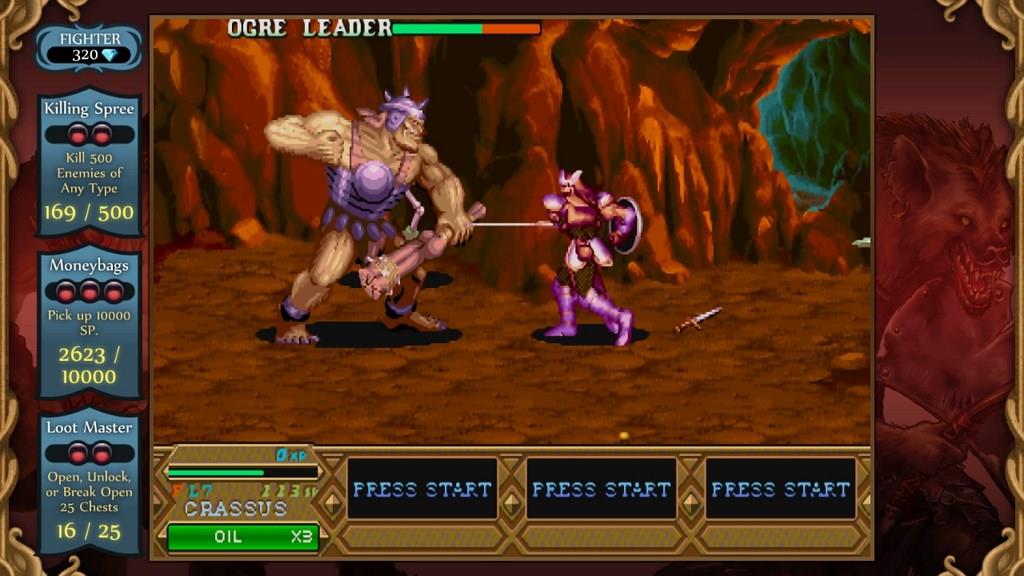 When they were released, these games were deep. Branching story paths, experience levels, and a variety of equipment, these were all things that truly advanced the beat’em up genre. Tower of Doom is definitely the simpler of the two, coming first chronologically by three years. When Shadow Over Mystara came out, it built upon the limited RPG groundwork of the first one by adding experience points and things like breakable equipment. The problem is that compared to what is being done in similar titles today, the experience feels lackluster and too “simple” for its own good. These were groundbreaking features at the time, but not any more. If this is your first time playing either of these games, you aren’t likely to be impressed by these features or you are going to struggle to see them running at the peak of their performance, which is when you have a full party of friends playing simultaneously.

The games feel dated in every aspect and little is done to help alleviate that fact. Sure, there are some nice visual effects that can be added to sharpen the sprites up a bit, and even alter the perspective, but they don’t do nearly as much for these titles as they have the Marvel and Darkstalkers titles. To be fair though, I am not sure how you would go about freshening up the experience without making drastic alterations to the base games. Some of the new amenities help make up for it though such as the seamless online experience that allows friends to drop in and out of your games without delay. The challenge system that Capcom has been pushing in these re-releases also improves the experience here, perhaps more so than any of the other compilation packages. That is because you are unlocking more than just concept art here; you get to unlock game modifications too, in the form of the new “house rules” which can really spice up the experience. Plus, the nice thing is that the points that you need to unlock these things all come naturally just by playing through the game normally. You don’t really have to go out of your way to perform ridiculous feats like some of the fighters have asked you to do in the past.

The vintage gamer in me is thrilled with Chronicles of Mystara but the realistic / modern part of me almost wishes it had been left to my fond memories. I fear that this will be the game’s downfall; appreciation for these titles has to come from two decades ago as I don’t see them garnering much from new gamers today. These are key titles in the beat’em up genre’s history, but far from great one’s by today’s standards. I am afraid that fans need only apply as they are perhaps the only ones who will appreciate what is offered. Anyone else will find them paling in comparison to more recent and more popular titles.
Chronicles of Mystara is a must-have for any fan of the original arcade releases, or D&D fans in general. However, the charm of this package is going to be lost on anyone who wasn’t already sold on these games in the past.