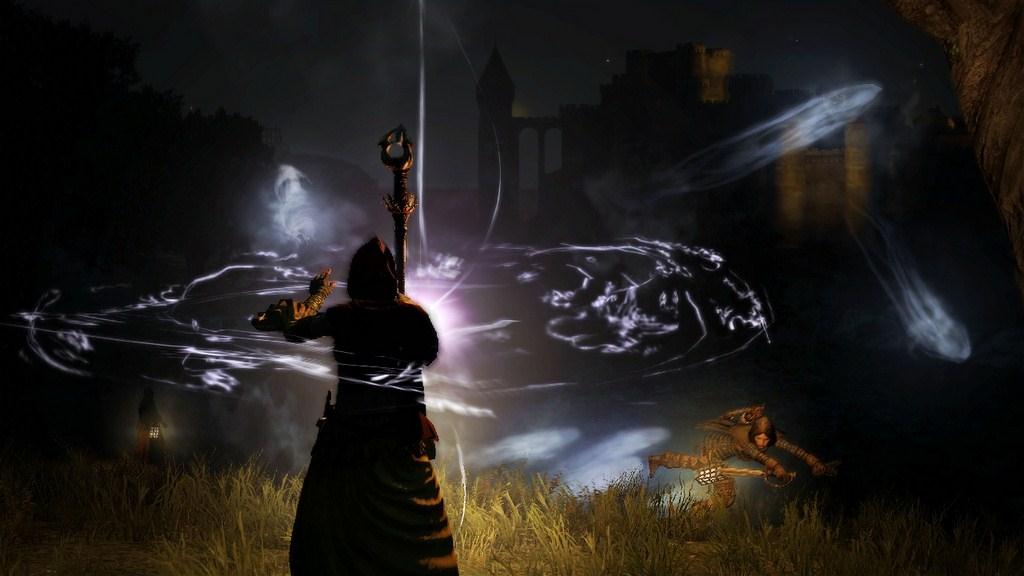 Written by Jeremy Duff on 6/27/2012 for 360
More On: Dragon's Dogma
Capcom has gone through some major changes over the past couple of years. Following the departure of Keiji Inafune, the company has struggled to establish a new identity. While the company has some historic IP’s such as Street Fighter and Mega Man, they have come to realize that they need some fresh blood in their product line if they want to truly move out from under Inafune’s shadow. They have made some efforts to bring some of their non-traditional series into the limelight, such as Dead Rising and Lost Planet, both of which started during Inafune’s tenure. Their latest release however, may be their most and ambitious and best hope for breaking out of their mold yet.

Dragon’s Dogma is something completely different than fans are used to seeing from Capcom. We are used to the zombies and the fighting games but this is an epic role playing adventure that is almost as entertaining as it is ambitious. The story opens up in the fishing village of Cassardis; your character, along with the rest of the villagers, take up arms against a nasty dragon that has attacked the town. While the dragon lays waste to anyone and everyone who approaches him, he stops at you.

After telling you that you have been chosen, he then rips your heart out of your chest and swallows it whole. While this would have been the end of a normal person, you will discover that this is only the beginning of your life. Thanks to these events, you are now one of the Arisen, an individual selected to pursue a special fate. You must  find and kill the dragon that stole your heart; if you do so, you can then challenge the “Seneschal”, the dragon’s leader. Defeat him, and you will assume his role in the world but if you lose, you will be resurrected as a new dragon to start the process over again.

After these events play out in you are set  out into an open world in the Kingdom of Granys. The world is yours to explore and experience however you see fit. The name of the game hear is exploration and combat, and both are done a lot better than I ever expected. If you have ever played a Monster Hunter game, then you should feel right at home in the world of Dragon’s Dogma. As a matter of fact, I consider this game the next evolution of that series. Whereas those games focused solely on battling giant monsters over and over, this one incorporates an extensive story, a massive open world, and many of the other bells and whistles that gamers expect in a modern RPG.

From a storyline perspective, the game is moderately interesting. The tale is a solid one, but its presentation is marred by some bad design decisions. It isn’t always clear what you need to be doing; sometimes the game waits for you to trigger an obscure event before the main quest proceeds. For example, one point early on saw me stuck with no clue on how to proceed. There was an NPC in a camp that nonchalantly mentioned that I could take a rest in their tent any time I needed, just like I had been offered by the various inns throughout the game. Not seeing a need to rest at that time, I never took her up on that offer. 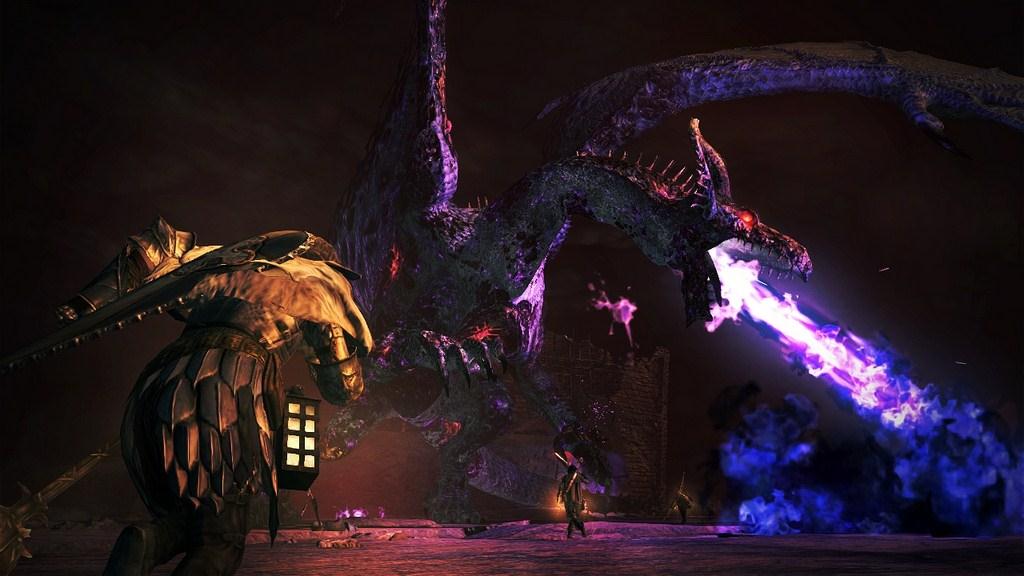 Unbeknownst to me, that was something that I needed to do in order to trigger the next major event to progress the main story. It took me a while to discover this because I got wrapped up in the numerous sidequests offered by people all around the world. There are tons of sidequests available that can be stacked upon one another and many times they end up being more interesting than than the main quest(s). Granted, you will be doing a lot of fetching and gathering  for different people, but the world is so interesting and enjoyable that they never feel like a chore.

Other common RPG elements are featured such as gathering various materials and crafting equipment and consumable items. It is all done in admirable fashion and doesn’t break the mold for the genre. There is one place where the game does set itself apart from the rest though and that is in the combat. This game offers a better combat experience than almost every other RPG that I have played; it is very action based and feels more like a hack and slash game than a RPG. Just like the Monster Hunter series, Dragon’s Dogma pits you in one epic battle after another and leaves it up to you to decide how you will approach them. Both the environment your partners (known as pawns, which we will discuss shortly), and your tools are as important as the weapons you wield. The boss battles in particular, which are frequent, are especially enjoyable. It isn’t just about landing a crippling blow on your enemies; you need to study their patterns, learn their weaknesses, and use both to your advantage.

Another aspect of the combat system that is extremely fresh is its focus on team-based strategies. You won’t be embarking on this adventure alone but with a strategically constructed squad using the games innovative pawn system. Pawns are meant to simulate cooperative gameplay and do a pretty decent job of it. Each player that plays the game will be given their own pawn to create and mold to their liking. You will choose their fighting class, equip them with the armor and weapons that you see fit, and they will accompany you on your quest. The kick is that you can also “rent” out their services to other players online. 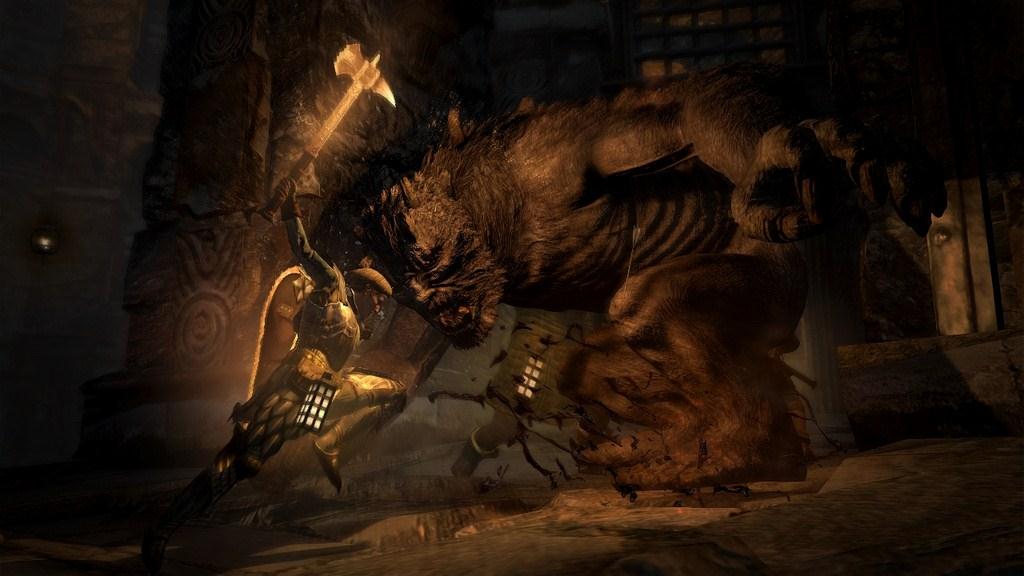 Just as you can rent out your pawn, you will be able to acquire the services of up to 2 others (in addition to your personal pawn). As they participate in quests, pawns learn. They evolve and study the world around them and they carry that knowledge with them. You pawn will take the knowledge that it gains with you along with it to other people’s games, giving them hints regarding quests that it experienced with you and knowledge regarding enemies and the environment. The same thing can be said for the pawns that you hire; in addition to their combat ability, they bring with them a wealth of knowledge form the experiences that they have been involved with throughout their “life”.

It is a very interesting concept and is executed extremely well. The pawns really work well as support in combat situations, especially considering that you can issue them direct commands such as assaulting the enemies directly or supporting you in your actions. They also do a good job at making their own decisions in battle. They will occasionally grab hold of enemies and hold them in place for you to strike or lure them out into the open for attack from the rest of the party. The only real drawback is that they do get a little too chatty at times and eventually sound like broken records if you stay in the same area for too long. The pawns are meant to deliver a multiplayer style gameplay experience without incorporating other players. In the end though, it would have been a much better experience had I been able to bring in real life players to accompany me; maybe that is something we can hope for in the sequel. 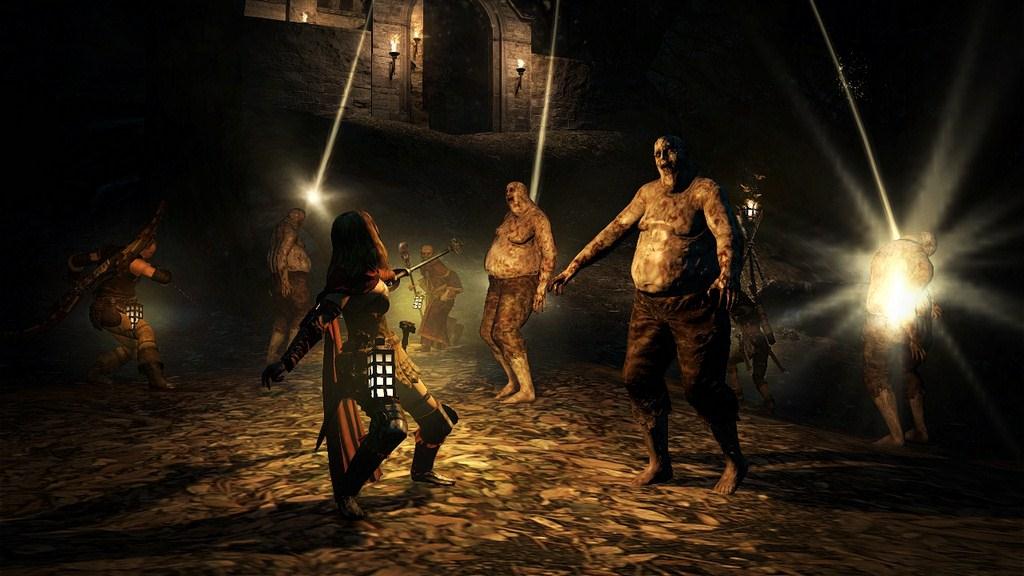 If there is a single, glaring issue that I have with the game it is the roller coaster ride that is its difficulty. The game gives you an open world to explore but doesn’t scale the difficulty in any manner. There is no way to tell if you are in over your head with an enemy (or group of them) until you throw that first strike and see how much damage you can do. This leads to players finding their selves outmatched without any indication ahead of time. Most other games in this genre would choose to either scale the difficulty of your enemies or frame your quests in a fashion that steers you towards areas that you are ready for; that isn’t the case here.

In the end, Dragon’s Dogma comes across as something different enough to stand on its own. The RPG genre is quickly becoming as crowded as the FPS genre has over the past couple of years. It is nice to see someone taken steps to freshen up the experience before it becomes stagnant. It is also refreshing to see something original like this from Capcom. I have always been a fan of the Monster Hunter series and felt for the past couple of years that it needed to evolve. This is the evolution of that series and hopefully the start of something that will continue to years to come. If you need something to sink your time into over the Summer, which is notoriously dry with releases, this is the perfect game. It is fun to play and will give you hours upon hours of gameplay. Take a chance on Dragon’s Dogma and you just might be surprised.
Dragon’s Dogma may not be the best game of 2012, but it is certainly one of the most surprising. Intense and refined combat help an otherwise average RPG become something special. This game redefines the concept of boss battles with confrontations of epic proportions. The future is bright for this new IP.