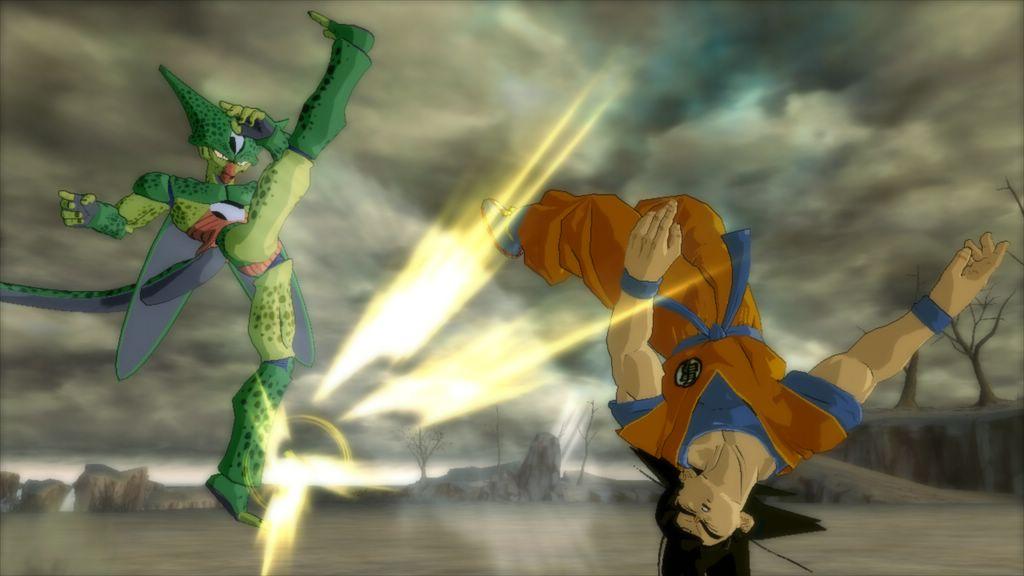 Burst Limit plays like the previous games on the last generation consoles. The player is given a character or picks a character based on what game mode their playing then faces the computer opponent or a live opponent at home or online. The controls in this new game are much simpler. This might sound like a bad thing but just because the controls are simpler doesn’t mean the game play is any less complex. There are combos, super combos, grabs, special attacks, counter attacks, super counter attacks, transformations, and button mashing sequences along with the usual kicks and punches. Even with simpler controls and combos the game play is still very much about being faster and smarter than your opponent. One new feature, a fatigue gauge, shows you how much more evasion and blocking a character can manage before they collapse with exhaustion. This prevents turtling and keeps things interesting. Combat takes place in the air and on the ground but there is less player control over what altitude the combatants are at. Power attacks act like knocking an opponent down stairs or through a wall in other fighting games were there is a brief sequence and then the fight starts again at the new location.

The Story mode of Burst Limit is not what I would call a true story mode. Like most fighting games now a days the story is condensed into its more exciting (better?) elements to keep the player from watching hours of cut scene animation. The cut scenes did such a good job of capturing the emotion and excitement of the series that I could have watched even more before getting to the next fight. Because the cut scenes were so well done every match felt more important. Of course that illusion of immersion was broken when I failed the match, but when I was on a hot streak (not hard to do on normal difficulty) I really enjoyed the feeling of being a participant in the story. The visual style uses cell shading or what most people are calling it these days “comic shading” were the outlines of the characters are thicker giving them that just inked look. That said this DBZ game has more detail than any I’ve seen before and the differences between the animated series and the video game as far as visuals are quickly becoming none. 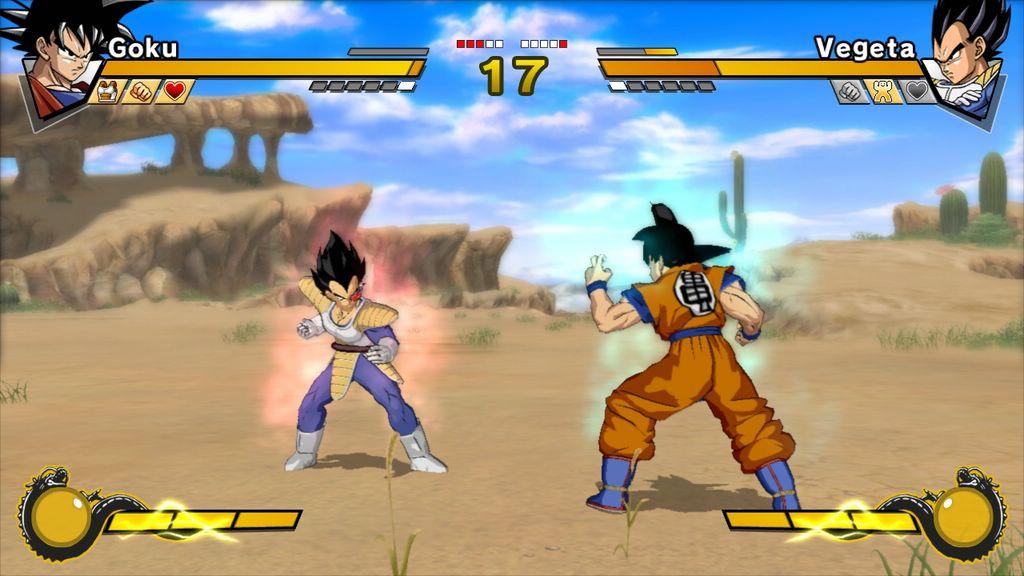 There aren’t as many unlockable characters or levels as there were in earlier titles. While it really wasn’t that important to me that I get to fight as every character from the series it really surprised me that some very popular characters were left out of the game (for the most part) including Bulma, Master Roshi, and King Kai (bubbles!). The title “Dragon Ball Z warriors” would have been more appropriate since the story mainly focuses on the Z warrior’s major battles. One feature in the game that is unlockable are things called drama pieces. The single most frustrating aspect of the game are drama pieces. Drama pieces work like power ups but are only triggered by preset conditions and, unfortunately, come with a brief cut scene of their own. It used to be that there was a strategy ,almost like a role playing game, when picking the powers you went into a match with. In Burst Limit’s story mode the drama pieces are chosen for you and there is no telling when they might go off and interrupt your combo or fling you to the ground just as you were gaining the upper hand. In versus mode players can choose what drama pieces going into a match but still have no control over when they go off.

Online multiplayer was a nightmare for me. I’m sure it’s not like this for everyone but when I went online for a match there was a 2 second lag between the button press and the character’s on screen response. This made matches a lot of unnecessary guess work and left me losing most of the time. While playing offline multiplayer I lost a lot as well but that’s mostly due to the fact that I always do horrible against human opponents in fighting games. Offline multiplayer played just like the rest of the game (not the online) and ran smooth. There are other game modes that allow you to train (tutorials) or practice your skills but the most interesting game mode is trial mode that was incredibly difficult to defeat.

I found myself singing along with the sound track of the game which never gets old. It’s the same sort of Japanese rock pop that is in a lot of anime shows and when it plays over the credits it truly rocks. The voice acting is spectacular, even the different stages of Cell’s and Frieza’s transformations had unique voices that really added to the experience. You can expect all the great sound effects that are in the animated series and it is pure pleasure hearing your opponent fly through the air as they are cast down from the sky to their defeat.

Achievements can be summed up pretty easily. Get points for unlocking stuff and defeating chapters in story mode. Get more points for defeating opponents online. That’s pretty much it. So you point whores out there set it to easy and play through story mode to get some easy points.

I had a good time playing this title. The combat was familiar enough to the last gen titles that it was easy to pick up and play while still making the controls easier to understand and use. Visuals are crazy close the animated series and along with the well done music and voice acting made immersing myself in the story mode a fun ride. For the second time I felt pain as I watched Krillin killed mercilessly by Frieza. Did I mention the cut scenes were well done? If I have one complaint about the game (other than the online yuck) it would be that there just wasn’t enough content to keep me playing for more than one go through the story mode. Then again there is no doubt that another sequel will be out, and they will keep releasing sequels until fans stop buying them or they finally make that one perfect DBZ game. That being said there is one final thing. This is not a game for the average fighting game fan.
Fans of DBZ, both the games and the show, can find enough here to keep them satisfied and coming back for more but fighting gamers may find the slower paced combat and the drama pieces a turn off. The art style is scary similar to the animated series and cut scenes recreate pivotal moments in the Saiyan, Frieza, and Cell Sagas that make for the most interesting story mode in a fighting game I’ve ever played. The sound is forgettable but then sound guys know they’ve done their job right when the player doesn’t notice the sound too much because that means there weren’t any glaring mistakes. Game play wise the series doesn’t do much new but the controls are more simplified so newbies should have a much easier time learning the ropes and pulling off sick super powered attacks in no time. If you own a Xbox 360 and you are a fan of DBZ then at least rent this title. I’m sure you’ll have fun.