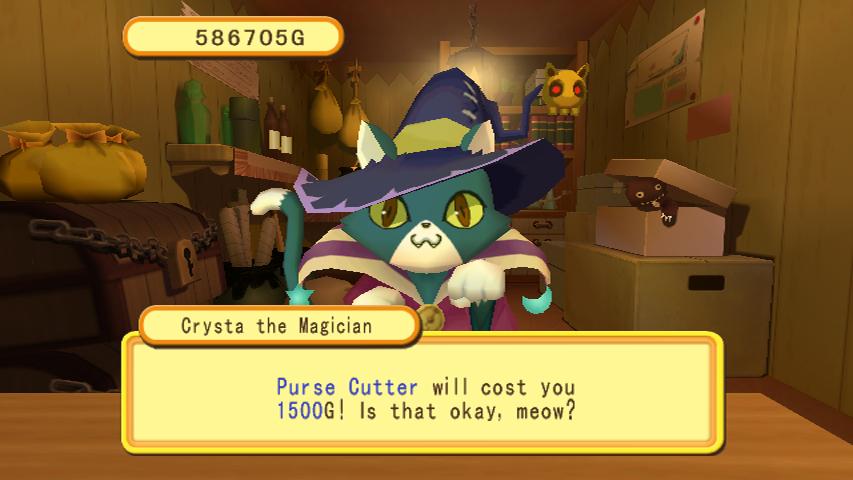 You can't accuse Dokapon Kingdom of not being completely unusual. It's also sadistic, the game clearly states on the back of the box that it's "The Friendship Destroying Game!" While I won't go that far, I will say that this can definitely be one hell of a competitive (and even confrontational) RPG/board game. It's not without a few faults, but if you're one of those people who wants the deepest version of Mario Party ever made you it may be worth looking into this $40 PlayStation 2 game. 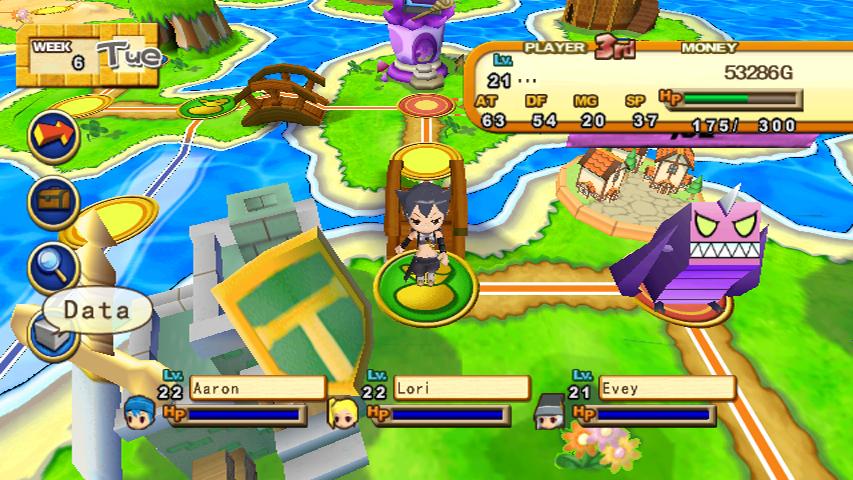 It's easy to say that this is a role-playing game played on a Mario Party-style board game, but what does that mean? Well, it's exactly what it sounds like, you spin a wheel to see how far you can move, you go around the board trying to take over villages and you try to sabotage your opponents in any way possible. Fans of Hudson's long-running Mario Party series will instantly recognize what you have to do in this game, only instead of featuring fun mini-games, Dokapon Kingdom offers strange rock-paper-scissors style battles. The structure of Dokapon Kingdom is not always sound, but if you stick with it you will find that this is a deep (and odd) experience. I just wish its emphasis was more on fun than quirky.

So, how do you play a game of Dokapon Kingdom anyway? That's actually a good question; because it's not immediately clear what you're supposed to be doing when you turn on the game. Like Mario Party, Dokapon Kingdom looks and plays like your standard board game. That is, each player (from two to four, depending on the game you set up) takes turn spinning a wheel to find out how far you get to travel, and then face the consequences.

Each of the different tiles on the Dokapon Kingdom board offer some sort of item or challenge, so you will need to be strategic about which paths you take and what tiles you ultimately land on. For example, in an empty tile you'll be forced into a one on one battle, while if you land on an item tile you'll get to spin the wheel and select some sort of item you can use later in the game. In total there are nine different types of tiles, including a magic tile, loot tile, bank tile, harm tile, warp tile, dark tile and passage tile. Each of these spaces has different effects, some good and some bad. Throughout the course of the game you will run into these different tiles dozens of times, so it's up to you to maneuver your way around the board without having too many bad things happen to your character.

On top of the tiles you will also have to liberate the various towns that populate the extremely large playing board. Most of the towns will have some sort of monster to defeat, played in the game's standard one on one paper-rock-scissor's style battle. If you're able to defeat the evil monster then the town will be yours and you'll earn more gold and perks when you're in the neighborhood. And that's not all; you will also have to deal with castles, temples, shops and casinos. In other words, there's plenty for you to do and see as you play a standard game of Dokapon Kingdom.

Chances are all this sounds a little confusing and extremely complicated. The good news is that the game is nowhere near as complicated as I make it sound, almost everything is explained as you go along and there's never any moment in the game where you're asked to do something so complicated that you don't know what to do. The interface is also intuitive, so it's easy for just about everybody to get in on the action.

Like Mario Party and just about every other party game ever created, Dokapon Kingdom is best when played with a group of friends. The game allows up to four players to play at once, which is definitely the best (and longest) way to go about it. There's also a single-player "story" mode which features a few outlandish cinemas and a computer-controlled character that is simply ruthless. I'm not sure what I did to make this guy so mad, but the AI is ridiculously difficult to beat. 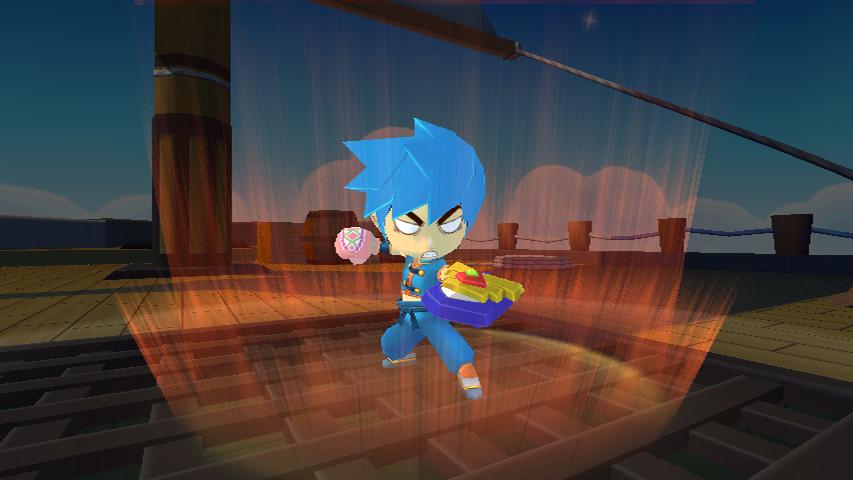 The trap with reviewing a game like this is to go into vivid detail about the ins and outs of how to play Dokapon Kingdom, but when it comes right down to it all that information isn't necessary. What matters is whether or not the game is fun, and there were a lot of moments when I was playing the game where I felt like I was having a good time. Unfortunately there were also a lot of times where I sat in front of the TV disappointed at all of the wasted potential. This mash-up between Mario Party and a standard RPG sounds great on paper, but it wasn't always as entertaining as I thought it should be. Dokapon Kingdom is at its very best when you're playing with a group of friends, but outside of that there's just not enough here. I could see my overall tone being improved a little by online play, however there's no reason to expect a PlayStation 2 game to offer online support at this point in its life.

I can see Dokapon Kingdom gaining some sort of cult fame with a particular group of game fans, but this is definitely not the kind of game that will attract mass appeal. Not that this is a bad thing. My real complaint has to do with the amount of fun you can have with this title. The graphics are solid and the game is easy to learn (and sometimes hard to put down), however it's only worth it if you have friends over. Dokapon Kingdom is a great first stab at melding a Mario Party-style board game with RPG elements; with some editing and refining I can certainly see this being a memorable franchise in the future. As it is Dokapon Kingdom is more good idea than fun game.
If you're looking for a mash-up between Mario Party and a role-playing game then you can do worse than Dokapon Kingdom. Actually, on second thought, you can't. As far as I can tell this is the first game that tries to pair these two different genres. The good news is that you can have a lot of fun in Dokapon Kingdom, unfortunately the game never quite lives up to its potential and is only fun when you're playing with real people!