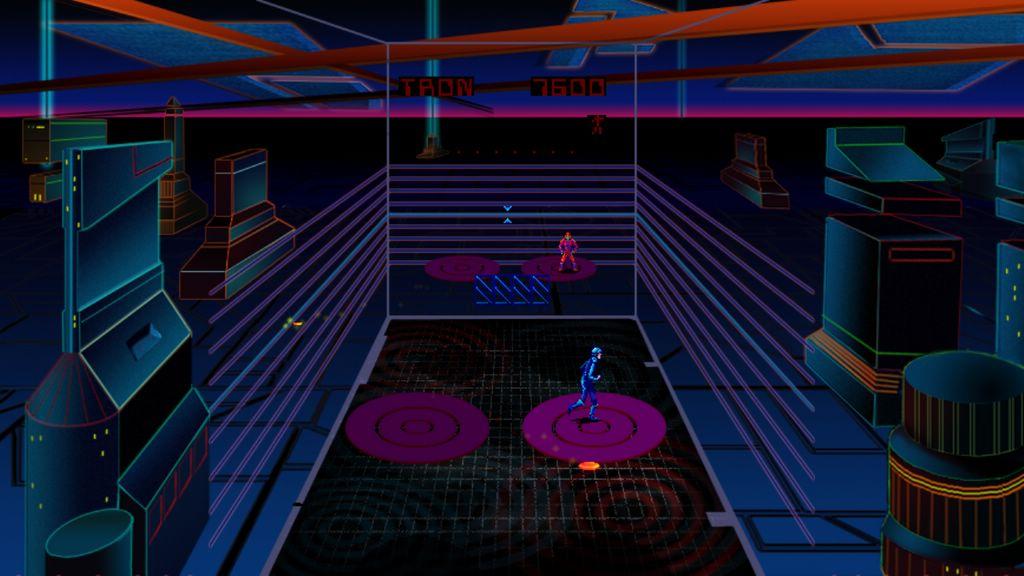 Written by Cyril Lachel on 3/6/2008 for 360
More On: Discs of Tron
While not the greatest movie of all time, Tron has managed to hold up surprisingly well. With its video game inspired story, compelling characters and fantastic use of CGI (a new technology at the time), Tron managed to take the science fiction genre in a brand new direction. Unfortunately the Tron games haven't been as influential. The original Tron mini-game collection was a complete mess, the PC Tron games haven't been much better, and I have little faith in anything called Tron 2.0: Killer App. Perhaps all of its potential wasn't meant for the game space after all.

Recently Disney Interactive decided to stir the nostalgia pot with their release of Discs of Tron, a pseudo-sequel to that Tron mini-game collection. This Xbox Live Arcade game may not look like much, but it's worth talking about if only because this is the first time the original arcade game has been accurately ported to a home console. Unfortunately the game itself isn't worth the 400 points (roughly $5), but fans of old school arcade games should definitely download the demo and try out this action game at least once.

Discs of Tron is based on a short action sequence in the movie that had human video game characters throwing discs at each other trying to knock each other off of the top these white pillars. In the movie world this was a fun recreation of games like Pong, it demonstrated real people playing these simplistic computer games. Despite looking like something you would see on an upcoming season of American Gladiators, this disc game doesn't translate as well to the arcade as you might imagine. What we get here is a clunky one-on-one battle that is never as exciting as it should be.

The controls are simple, you run around on the top of these circular pillars avoiding the discs that your enemy is throwing at you. While doing this you use the right analog stick to aim and the left trigger to throw your discs, the whole point is for you to dodge the enemy discs and try to knock your opponent off his pillar. It sounds simple, but the game throws plenty of twists your way to make the whole ordeal all the more difficult. 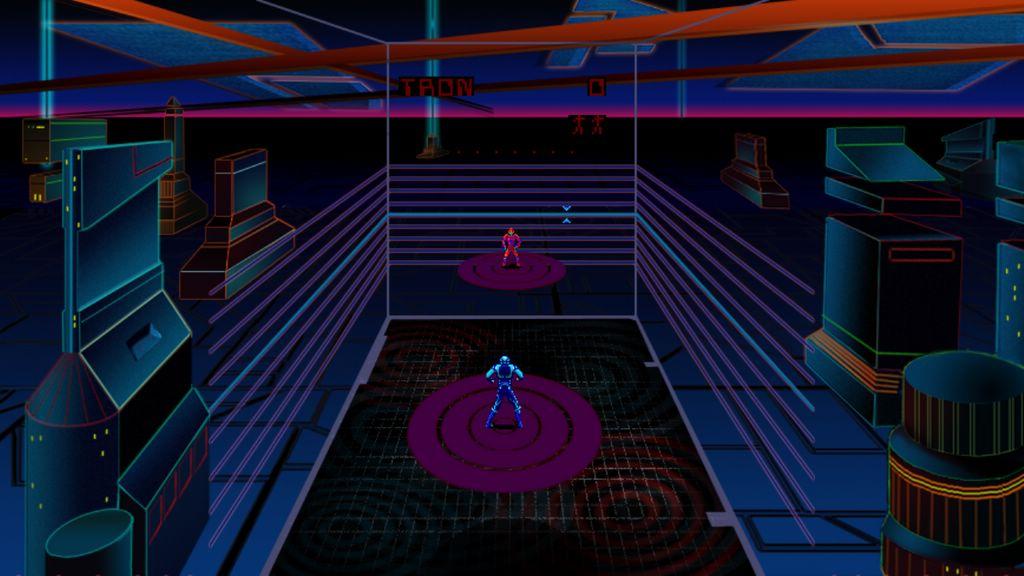 The problem with this game is that once you've gotten the hang of dodging discs and knocking your opponents out there isn't much else to do. Like a lot of arcade games from the early 1980s, Discs of Tron doesn't have a whole lot of depth. This isn't one of those games that involves you trying to get to the end, but rather involves you trying your hardest to beat your best score (and all of the scores on the built in leaderboards). It's the lack of depth that will turn off most of the modern action game fans, there really isn't a whole lot for you to do with this game and you can pretty much get everything you need out of one play through.

To Backbone Entertainment's credit, Discs of Tron has been given a cool little Xbox Live multiplayer mode. Unfortunately, there seems to be a complete lack of interest in this game, since I spent several days trying to find somebody to play this online with. If you're looking for a hot new Xbox Live Arcade game to play online, then Discs of Tron may not be the game for you. However, if you and a friend want to play online there should be plenty of space for a private room. Either way, it's nice that the option is there ... even if nobody seems to be using it.

Like most of the classic arcade game ports on the Xbox Live Arcade, Discs of Tron offers two ways of playing the game. Regardless of whether you want to play the game with the original graphics or using brand new "high-def" visuals, Discs of Tron has you covered. But don't get too excited, the original graphics are understandably lackluster (it's a 25 year old game, after all) and the new graphics aren't nearly as spectacular as they could have been. But at the end of the day it doesn't really matter how good the graphics are, when the game play stinks the rest of the game suffers.

Discs of Tron is a surprisingly easy game to review, with only two game modes and gameplay that can be easily explained within the first thirty seconds of the game, this is one game that doesn't require two thousand words to review. If you're one of those people that loved this game 25 years ago and have been waiting for a way to capture the magic on a home console, then your dreams have come true. But for everybody else (and I include myself in this list), Discs of Tron is nothing more than a second-rate action game that gets boring incredibly fast. Tron is a one of the greatest sci-fi movies of all time, it's a shame none of these games could live up to those high standards.
On one hand Discs of Tron has never been accurately ported to a home console, so this Xbox Live Arcade version is an important release in that regard. Too bad the game is not worth playing. Discs of Tron could have been an exciting action game, but the shallow gameplay keeps this game from ever being as entertaining as the movie.