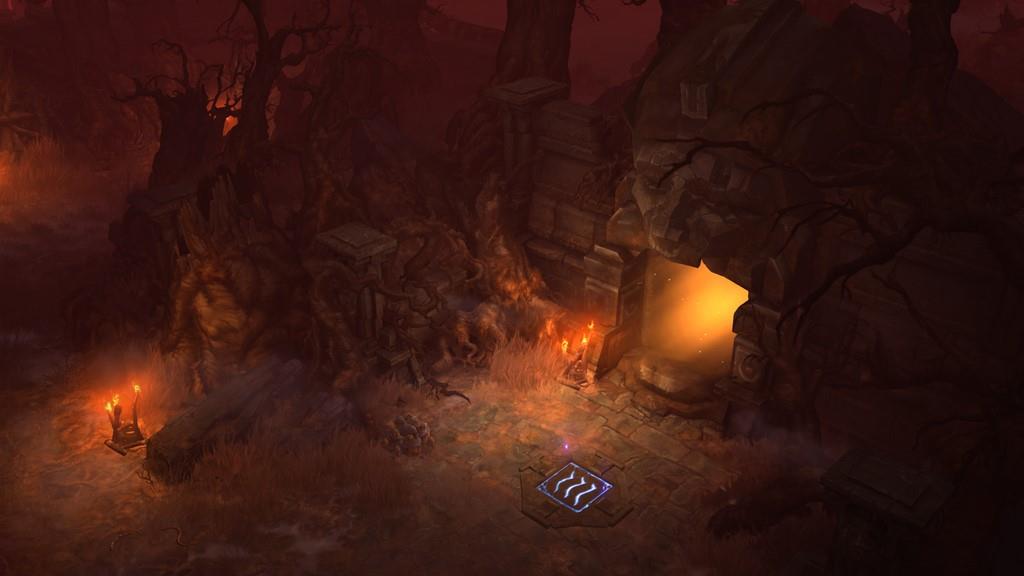 Written by Matt Mirkovich on 4/9/2014 for PC
More On: Diablo III: Reaper of Souls

Remember when an expansion pack felt like a fully fledged product that you could pick up on store shelves that gave you a few extra chapters, and a ton of new content? That time seems long gone, with DLC being the governing model for how gamers can get content after a game is released. But leave it to Blizzard to try and carry on the old ways with Reaper of Souls, the first expansion to Diablo 3, nearly two years after the original release. It's going to be tough to not rope in the recently released Loot 2.0 patch along with it, but it really feels like it is part and parcel with this expansion, which isn't really a bad thing, since this expansion is kind of lackluster.

I'm not saying that Reaper of Souls is a bad release, but it definitely feels really short on content. The main campaign focuses on Malthael, the angel of death, who has taken the Black Soulstone in an effort to rid the world of the influence of demons. Unfortunately because all humans have some sort of demonic and angelic influence in them, this would wipe out humanity as well as the Nephalem.  You're having none of that, forcing you to once again tag along with Tyreal in an effort to stop his mad brother. The short campaign can take as little as two hours if you're sufficiently geared, and it offers you a new Crusader class to play as, which is a walking death tank, seriously, check out some of his high level gear. There are also a few new enemies that have received the taint of the black soul stone, corrupting a number of angels, and creating some human hunting monstrosities. The real meat of this expansion, though, comes after you complete the short campaign, though your definition of content may be wildly different from that of the development team.

Adventure Mode is the game mode that you'll find everyone grinding it out in, and where all the fun is thanks in part to Loot 2.0. This mode opens up the entire game, allowing you to go anywhere, fight anything, and along the way clear specific quests and bounties. Completing these bounties will reward you with massive amounts of experience points, which you'll need to hit the level cap which is now at set to seventy, which also gives the existing classes a few new abilities. In addition to these bounties, there are now Nephalem Rifts, which can be unlocked by collecting Rift Keystone fragments. Five fragments gets you in to a randomly generated dungeon, which is loaded with difficult enemies and tough fights, but the rewards for completing it can be, shall we say, legendary? There is so much loot dropping now it's comical. Even on normal difficulty the amount of stuff dropping is overwhelming, which means you'll be leaving a lot of stuff to rot. Thankfully because of the changes made to the loot system, you're more likely to find stuff that is actually useful, with the occasional cross-class item dropping, as if to say 'Hey, there are other classes.' Quiet you, Diablo 3, I've already invested more hours on my Demon Hunter than I care to admit.

In addition to the new gameplay mode there have been additional difficulty levels added as well. Torment is a new difficulty level that has six additional tiers, and each tier offers greater experience boosts and item drops, giving players with high Paragon levels more loot to hunt for. The Paragon levels are also spread across all of your characters now as well, which can help if you want to quickly build up a new class. Paragon points are also awarded now which can be slotted in to your character's core stats, giving players the much requested ability to build out their characters as they see fit, although you've got to put in a lot of work to get to that point, which may make it too late for those who have drifted over to games like Path of Exile and Torchlight 2.

Reaper of Souls definitely feels like a giant mea culpa from Blizzard, I kind of got that feeling within the first twenty minutes, after I replaced all the gear I had picked up during the vanilla days of the game. I don't know how good I feel about the fact that it's an expansion that fixes a ton of the issues gamers had with the original release, sure Loot 2.0 is available to the vanilla players, but it doesn't give players the Adventure Mode which is a key component to the package, and probably should have been included in the game in the first place. Reaper of Souls did a pretty good job of pulling me back in to the world of Diablo 3, which I didn't think could happen after Torchlight 2, and Path of Exile, both of which I think offer a superior experience. That said, Reaper of Souls is a pretty good expansion, though it's short campaign is terribly forgettable, but it did open up the story for an interesting plot direction, hopefully we won't have to wait another two years to find out the fate of the Nephalem.

This score is based on the number of Legendary items I found during my first day with the game (The .4 was because one of them wasn't used by my class). You could have had a ten Blizzard, you could have had a ten. That said, Loot 2.0 helps soften the blow of getting gameplay modes that could have been patched in, and a story that is over in no time flat.