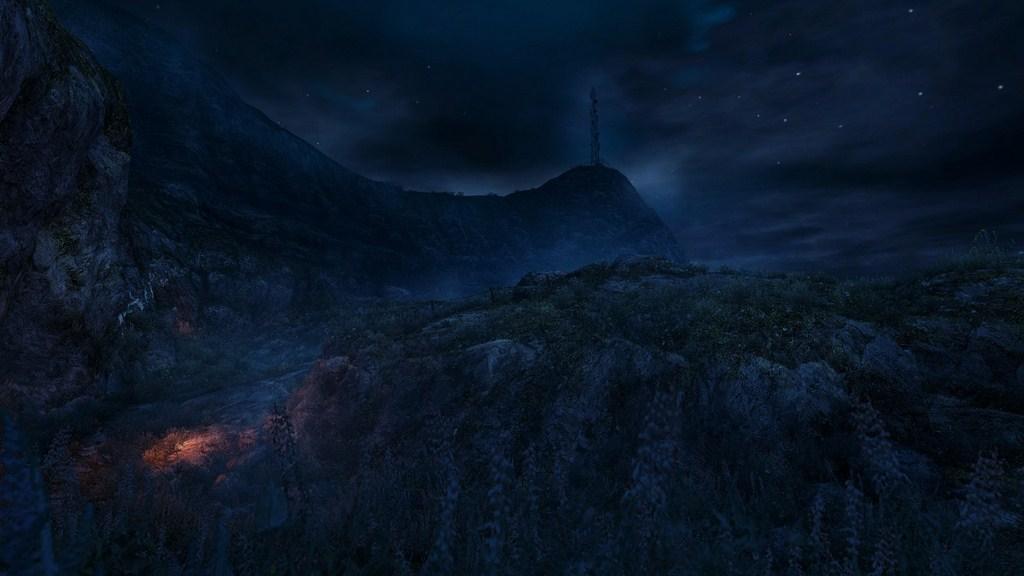 Written by Travis Huinker on 3/9/2012 for PC
More On: Dear Esther
Originally released as mod for Half-life 2 in 2008, Dear Esther has been redesigned with completely new level design and visuals, extended voice work, and re-orchestration of the soundtrack. Funding for the project's redesign was provided by an investment from the Indie Fund. The investment amount for the project was recouped in a mere five and a half hours and sold over 16,000 copies in under 24 hours after its release on Steam.

The narrative of Dear Esther places gamers on a mysterious island with the single goal of moving forward, through hilltops and caves, to the end destination of a radio mast. Throughout the journey, a series of letter fragments written to Esther are spoken to the player depending on their location in the game world. They never seem to occur in any sort of order or consistency, thus requiring interpretation to understand the meaning behind them. Most of the narrative and gameplay in Dear Esther require some sort of interpretation and understanding that not all the answers will be revealed in the first, or even second playthrough. There are some random occurrences in the narrative that require multiple playthroughs for gaining a better grasp of the narrative.


Each playthrough will last about an hour and a half depending on a person's choice for further exploration. The actual gameplay in Dear Esther only involves moving forward through the environment. There are no puzzles to solve or enemies to eliminate. Gameplay only requires the use of the "W" key to move forward and the mouse to view the environment. The only other action available is to zoom the camera for closer inspection of items or landscape details. The game is split into four sections that become available after playing through the narrative. The sections take place in particular locales on the island, each with a distinct atmosphere.

The wonder of Dear Esther can't be attributed completely to the narrative, but must share the credit with the game's stunning visuals and sound. From the clusters of flora that litter the environment to the tranquil howl of wind, the game's visuals and sound effects are truly a fundamental accomplishment in game design. Each of the game's four sections offer their own sort of visual treat with the cave topping the list for most stunning. The slow pace of the player's walk and overall style of the game is built for taking breaks and enjoying the vistas. Even more impressive is the fact that the game was built using the newest version of the Source engine, recently utilized by Portal 2 and Counter Strike: Global Offensive. The level of quality previously known for the engine has been surpassed in every area. Put simply, Dear Esther is beautiful. 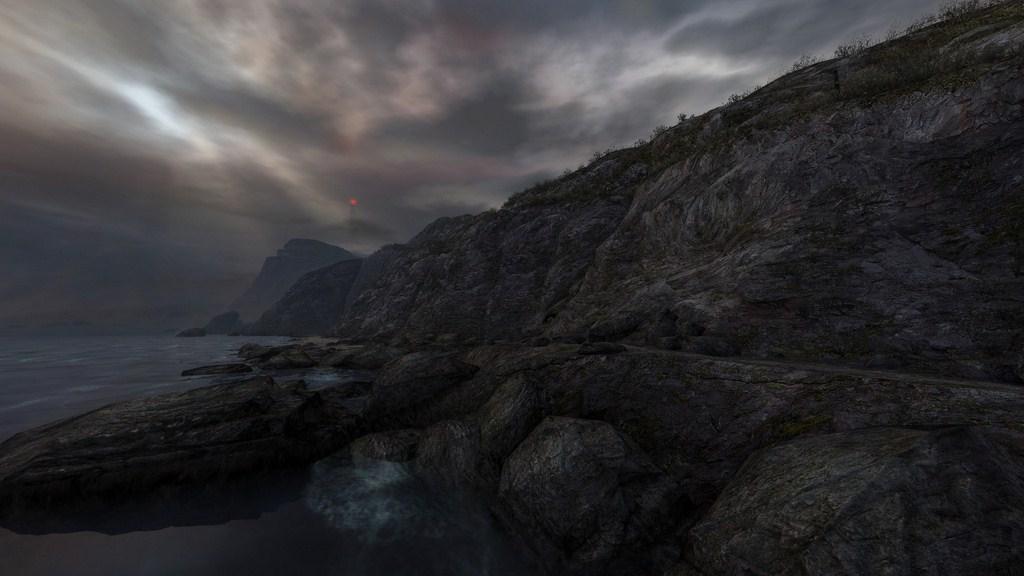 Another major aspect of the presentation that needs to be mentioned is the original soundtrack created by Jessica Curry. Each section of the game contains a particular mood that can partly be attributed to the delicately crafted compositions. The music perfectly accompanies the spoken dialogue throughout the journey. The segments between music are replaced with environmental sound effects that continue to build upon the game's absorbing atmosphere.

There have been discussions in reviews questioning the project's choice of medium and whether it's a worthwhile investment for the included gameplay. These may be valid points when considering the extremely simplified gameplay and short length. However, both of these points become mute after truly experiencing the unique and mysterious world of Dear Esther. There is never direction from the game in pointing the player to a particular location. It is simply the instinct to venture forward, further toward the pulsating red light located on top the radio mast. Few games offer such an unique and emotional journey, that passing on the experience of Dear Esther is comparable to avoiding a great piece of art. In the crowded market of games, titles like Dear Esther are often ignored among the highly marketed franchises. It's rather unfortunate that most of those games that fill store shelves and top bestselling charts contain only an ounce of the originality and awe-inspiring power of the narrative found in Dear Esther.

Dear Esther is now available on Steam for Windows PC.
Dear Esther is an auditory and visual experience that interweaves a consuming narrative and array of emotions. The game's actual value must not be solely based upon its gameplay length, but rather on the random elements and new secrets discovered through multiple playthroughs. Those that brave the journey into the narrative and world of Dear Esther will discover an experience that few games have been available to accomplish in years. Highly recommended.