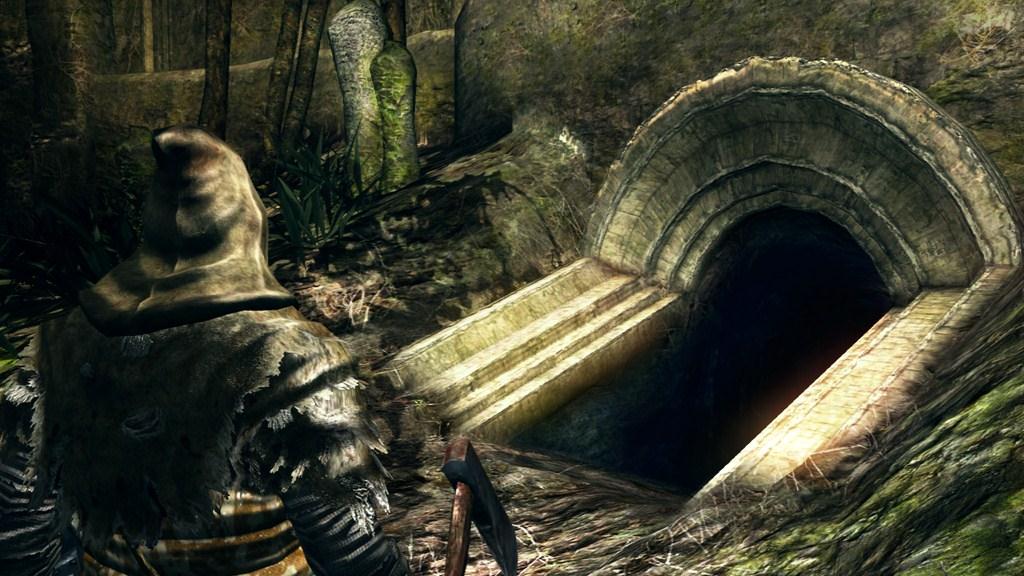 Written by Jeremy Duff on 9/24/2012 for PC
More On: Dark Souls: Prepare to Die Edition
If you were to poll modern gamers and ask them to pick the most difficult game in recent memory, chances are that Namco Bandai’s Dark Souls would garner a very large amount of responses. The action-RPG game, which is the spiritual successor to 2009’s Demon’s Souls, is notorious for engulfing players into its dark world and relentlessly punishing them with its brutal difficulty. Our own Cyril glowingly reviewed the game during its console release way back in October 2011. A year later, Namco Bandai has brought the game out for PC gamers to enjoy thanks to the demands of fans. Unfortunately, the transition to the new platform hasn’t gone as smoothly as many had hoped.

From the start, it is very clear that Dark Souls is more about the experience than the story. The game features a minimalist setup that allows players to interpret the adventure on their own rather than spelling things out for you. The story is the adventure, and adventure is everything here. You play as an unnamed, undead character, who escapes from the Undead Asylum, and must  embark on a pilgrimage to remove the affliction of the Darksign from the Earth. The setup is vague and lacks the details you would expect in something like the Lord of the Rings or other prominent works of fantasy and that is by design.

Just as very little is done to set the stage for the story, little is done to guide you into the game’s world. You won’t have your hands held through a friendly tutorial or simple practice missions to ease you into the experience; instead you are thrown to the proverbial wolves almost from the start. The game leaves you learn the ins and outs of the world on your own and to share those lessons with others. Utilizing an ingenious “notes” system that allows players to leave messages for other players throughout the game world. You will run across a few of these from the start left by the developers, instructing you to find a sword or to pay close attention to the environment. Before long though, there won’t be any help except from those left by other players. You are also free to leave notes yourself for other players with tips or strategies that you discover in your quest(s).

The gaming experience itself, as I have described briefly and Cyril spoke about at length in his review, is incredible and truly a modern classic. I am going to defer to his review for more game specific details as my opinion practically mirrors his sentiments. The updated, Prepare to Die Edition of the game, does feature a variety of new content in addition to that of the original release. There are new areas and enemies to be found throughout the adventure which will put your patience to the test. Just because the game has been changed in terms of content, that doesn’t mean that the difficulty has been altered. This is still an extremely difficult game that will challenge even the most skilled adventurers. Truth be told however, i you want to experience the game the way it was intended, you need to check it out on either the Xbox 360 (or PlayStation 3); this is simply a port of that game and not a very good one. 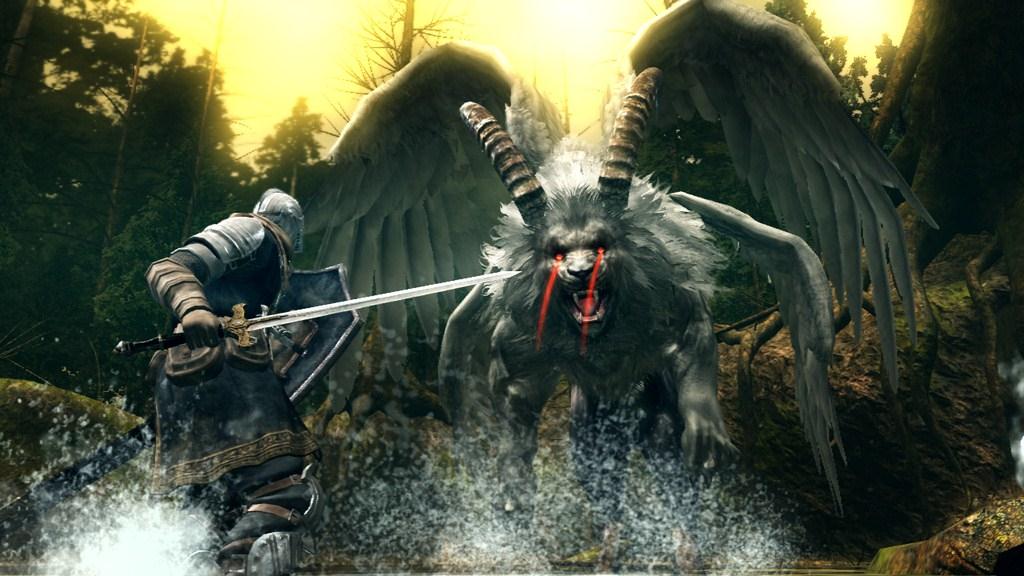 First off, the developer has elected to incorporate the dreaded Games for Windows Live platform with the experience. This cumbersome and often intrusive service is required to play the game, online or off. Mind you, this is in addition to the Steam service that you are likely already running. You have to either create or log into an existing Xbox Live / Games for Windows account before you can even get started; this can take some time as recovering an existing account can take ages and the servers are incredibly slow not exactly “responsive”. Just getting through that Games for Windows setup and getting into the actual game is a chore and will take you more time than you are willing to give it. It was easily 10-15 minutes before I was able to launch the actual game, and this is in addition to installation time for the software. Even after the initial setup, subsequent gameplay sessions featured extended login times for the service regardless of the time of day I was playing.

Once you do get into the game, it becomes very clear that this experience wasn’t designed for the PC. This a straight port of the Xbox 360 version of the game, complete with all of the original console input-oriented prompts and lack of options to customize the experience to your rig. One of the first things I always do when launching a PC game for the first time is check the resolution that has been auto detected for the game; I soon discovered that the default setting in use at the time was 1024 x 720. Mind you this is on a 2.66Ghz Quad core system with 6GB of RAM and an ATI Radeon HD4800.  Surely I could run the game at better settings that this! Well, in theory I could, but the game doesn’t offer many options beyond these. While most PC games would give players the options to alter their resolutions to settings that corresponded to the strength of their system, Dark Souls simply has a few pre-set options available and all of them are lackluster based on today’s standards.

The true effect of these low resolutions is felt as soon as the actual gameplay kicks in; the game looks horrible, perhaps a first generation Xbox 360 game at best. This doesn’t look anywhere near as polished and crisp as the console versions in high definition. The cut scenes especially look extremely pixelated and bland due to the lower resolutions, to the point that it is appalling. PC gamers expect way more than this, and rightfully so. Thankfully, keen gamers and modders have already addressed this issue and you now have access to resolutions much higher which vastly improve the experience, but those are all unofficial at this point. 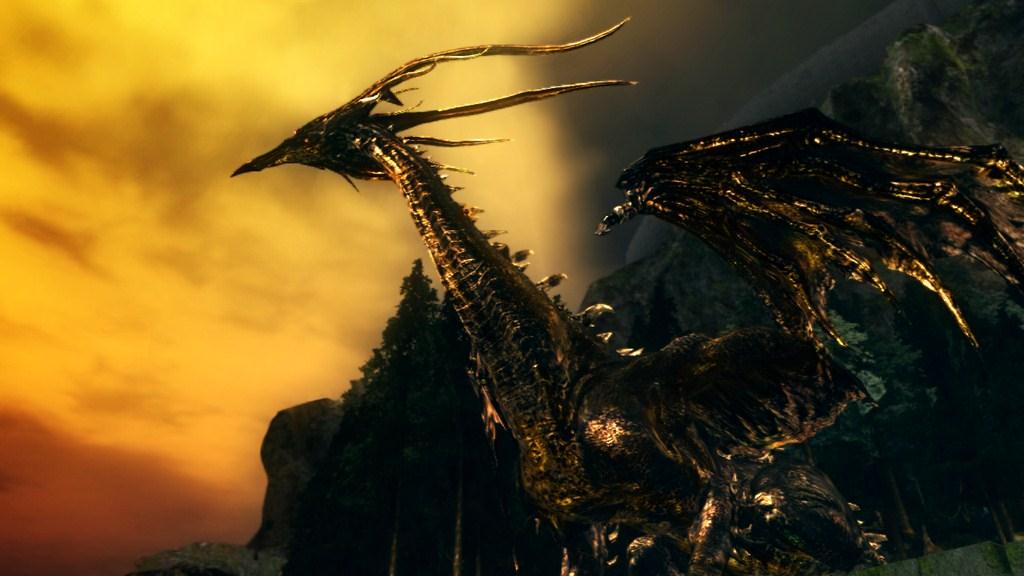 If you don’t have a physical controller for your computer, don’t even bother trying to play this game. I found it nearly impossible to use a mouse and keyboard despite them being “fully” supported by default. All of the game’s prompts and input instructions reference the buttons of an Xbox 360 controller; it is up to you to guess which button on your keyboard or mouse “A” or “right trigger” correspond to; the same confusion exist within the options screen while remapping keys. All references given apply to the console gamepad, so your guess is as good as anyone’s as to which key applies to which command.

While the option on the screen reads as “attack” or “use item”, but the associated input listed will refer to the Xbox controller. Your only option, aside from trial and error, is to start at the top and completely map the controls to your liking. This isn’t a step that most gamers will want to take when booting up a game for the first time; it should “just work”. Let’s say for argument’s sake that you do take the time to completely re-map the keyboard controls to your liking, which many PC gamers will do. You will still be prompted with controller inputs for the duration of the gaming experience; that fact never changes which makes things confusing on the fly.

Dark Souls is a perfect example of everything that can go wrong with simply porting a game from one platform to another. While the game itself is incredible, it doesn’t feel like it belongs here on the PC. It truly feels like I am playing an emulated version of the console game; it does the job but isn’t anywhere near the quality of the original experience, which is a sad fact for both the gamers and the game. PC gamers expect more out of their games, especially when it is a big title such as this, and rightfully so. The release of Dark Souls on the PC should be an occasion worthy of celebration for fans of the series and the genre, but instead it is a sad lesson in a company attempting to cash in one a console exclusive’s success. Dark Souls is definitely an experience you don’t want to miss, but this is clear an inferior version of the game that should only be obtained if buying it for the consoles isn’t an option.
Dark Souls makes me sad and I don’t mean because of its grueling difficulty.. Don’t get me wrong, the game itself is an awesome experience but there are some serious, yet simple, roadblocks to overcome in order to enjoy it on the PC and quite frankly, that is unacceptable in today’s day and age. PC gamers deserve better than this and this experience could easily have been much, much better.