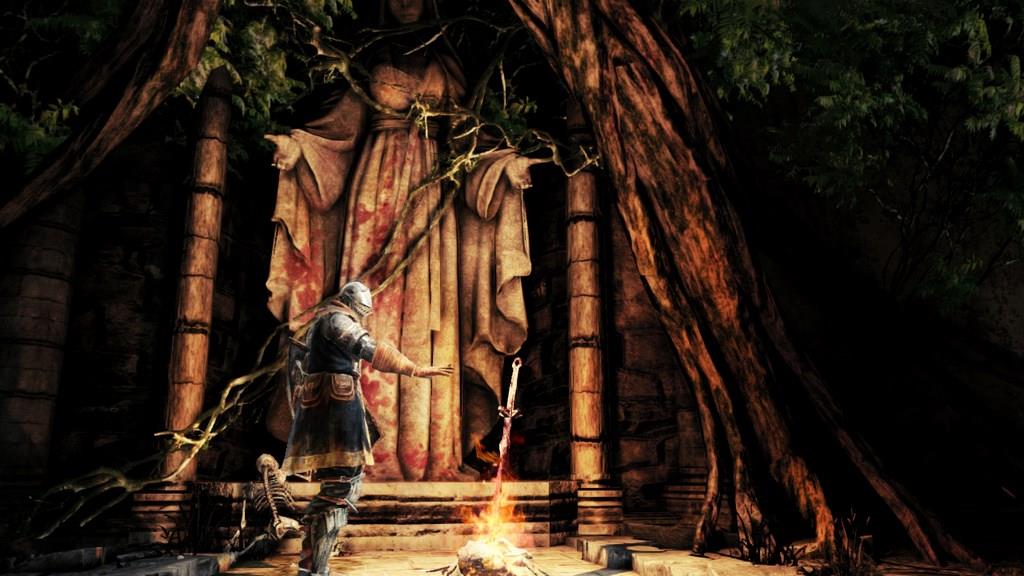 My time with the Dark Souls II beta may have been brief, but it was every bit as brutal as the 2011 original. It was a punishing exercise in being chewed up and spit out. With huge monsters and unfair obstacles on all sides of me, I doubt I ever stood a chance. I died more times than I can count ... and loved every minute of it!

With no story to speak of or introduction of any kind, Dark Souls II dropped me off at the edge of nowhere. This is Huntsman's Copse, and the only person around is a shop keeper begging for business. Off to one side is a large, glowing wall. The other path is a dark cave with a narrow walkway and a bottomless pit below. I brave the darkness, only to discover an uninviting forest on the other side.

It's at this point that I realize that I am not equipped for this situation. I chose to play as a Dual Swordsman, the coolest of the half-dozen classes. My character has two swords as promised, as well as a small shield just in case I got bored of dual-wielding. My inventory consists of the basics, such as a human effigy, lifegems, black separation crystals and the always useful Estus flask. I know what these valuable items do, but only because I played the first game. 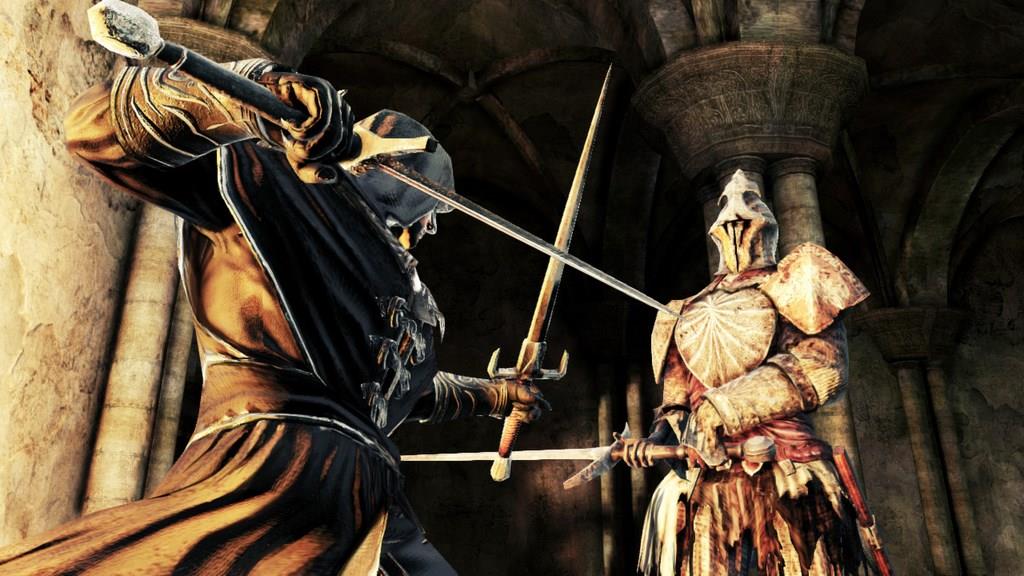 Those weeks of banging my head against the original Dark Souls haunt my dreams. I remember all of the heartache and suffering, just to figure out what the hell is going on. At times it seemed hopeless, but I fought on and saw it through. These memories flood back to me as I stare at the uninviting forest that lies ahead.

Deep in the forest are two giant monsters and an army of undead soldiers. They guard a camp site that used to belong to an adventurer just like me. Perhaps he felt safe sitting alone by the light, but the creatures of Dark Souls II had another idea. I don't have long to grieve his passing, I'm too busy looting his corpse for better weapons and armor.

I find a lever that lowers the drawbridge. This leads up the mountainside, where there are caves full of skeletons and paths full of thieves. Dig deep enough and you'll discover the first boss, the Skeleton Lord. Much like the first game, this battle will require perfect timing, pattern memorization and a liberal use of the dodge button. 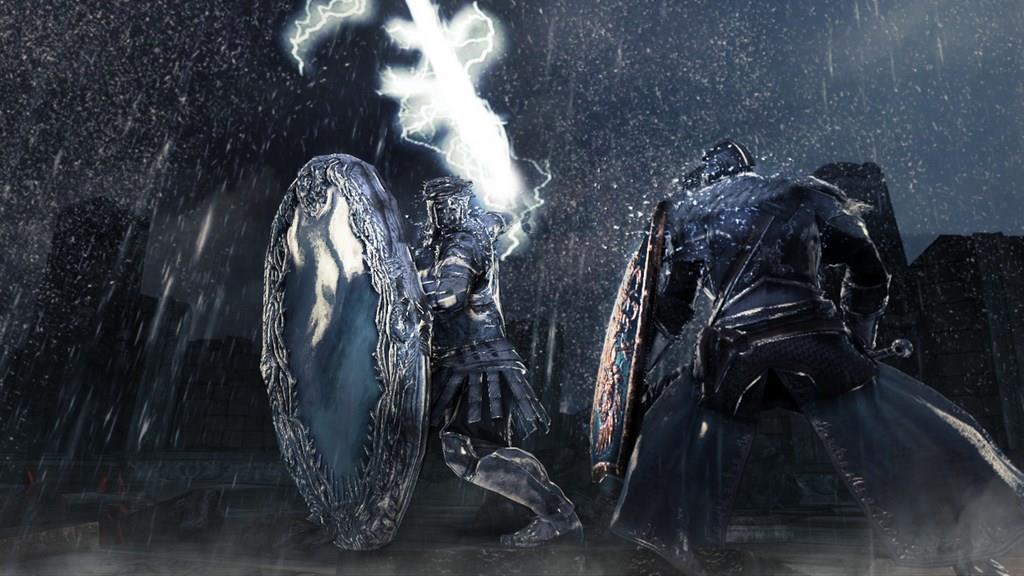 Off to the right is a completely different path. It's a treacherous road full of glowing enemies. At first it's just four statues that spring to life, but at the top of the path, beyond an old rickety bridge, sits an angry soldier with a brutal one-hit kill. Just beyond that guard is Undead Purgatory, where new enemies and bosses await.

Unfortunately, I did not make it beyond the Undead Purgatory. My time was cut short as I attempted to dodge the glowing enemies, survive the rickety bridge and roll past the grumpy guard. It didn't work. And after numerous attempts, the servers went offline and my time in the Dark Souls II beta ended.

What I saw was little more than a tiny piece of what is sure to be an enormous world full of earth-shaking bosses and lots of dying. Everything you loved (and hated) about the first game is back, including ambiguous instructions, slow-moving attacks and a real sense of unease. Death is around every corner and it's incredibly easy to lose a good deal of progress from one stupid mistake. 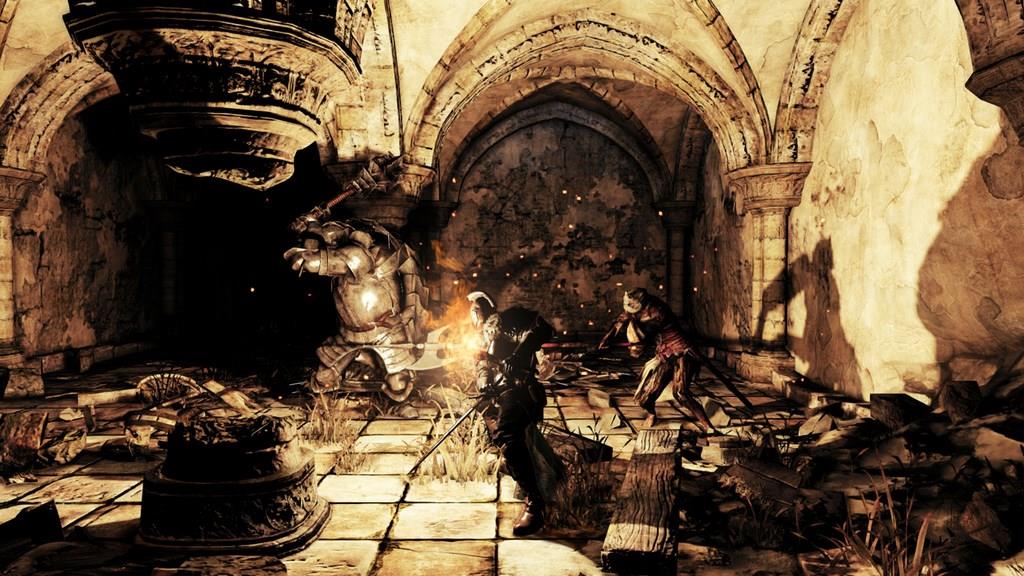 Dark Souls II retains all of the funky online functionality that came with the first game. Players can still write notes to one another, and you'll occasionally see the outline of other players. If you need help with a boss, it's possible to summon a random internet player. I am a little disappointed that I didn't see any new networking gimmicks, but it's still early and From Software could have something cool up their sleeves.

Dark Souls II is exactly what I was expecting, more Dark Souls. If the beta is any indication, gamers that loved the first game (as well as Demon's Souls) will no doubt eat this sequel up, while everybody else wonders why somebody would put up with the punishment. Regardless of whether or not Dark Souls II changes anybody's mind, I had a great time being killed repeatedly and can't wait to try it again. Maybe next time I'll be able to dig deeper into the Undead Purgatory.