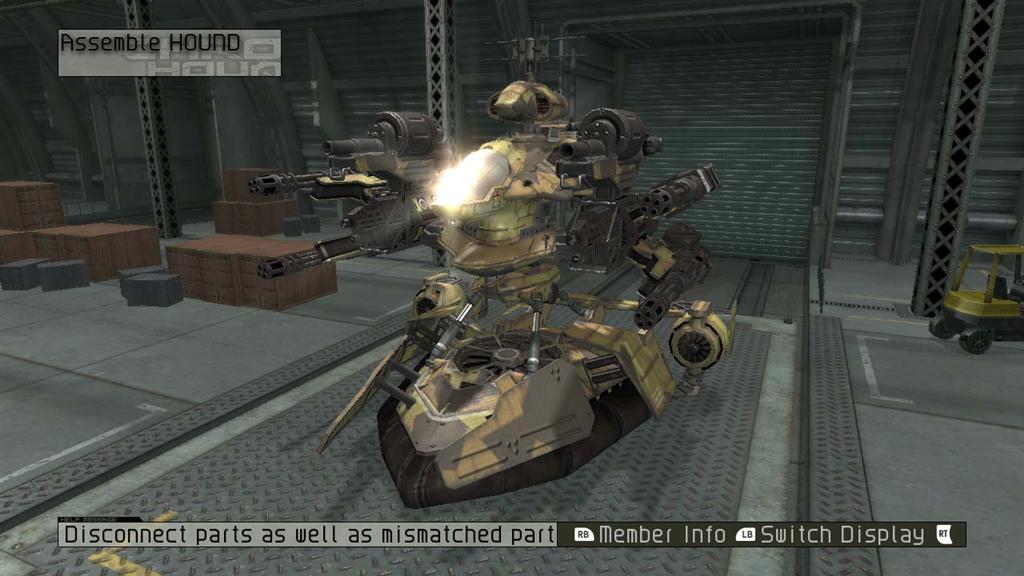 Written by Charles Husemann on 4/6/2006 for 360
More On: Chromehounds
Sega has been slowly and steadily dishing out a stringent diet of Chromehounds goodies but today the floodgates have opened and we have 21 spanking new screenshots and a fact sheet to share with you.  We'll be checking this one out at E3 and letting you know if they hiqh quality screenshots match the final product.  You can also check out the awesome trailer that goes with these screenshots over at TeamXbox.


Chromehounds brings squad-based multiplayer mech combat exclusively to the Xbox 360 for the first time ever. The war of the future has begun with three superpower nations fighting for world domination. Commanding giant metal war machines called “Hounds”, players must manage their tower of heavy artillery through giant war zones while engaging in cooperative squad-based tactics, and fighting intense battles against other real-time players via Xbox Live. Strategic planning, quick reflexes and team-based communication are the key to winning the Chromehounds battle.

Players will have the ability to customize their massive mechanized Hounds with a huge array of available options to create a walking arsenal of firepower.  Chromehounds offers players six different types of vehicles to choose from, each excelling in a different aspect of battle: Scout, Soldier, Sniper, Defender, Heavy Gunner and Tactics Commander.

In multiplayer combat modes players can build large platoons and take to the battlefield in squads of six for head-to-head battles with opposing squads, conquering enemy territory to advance towards world domination. Single player action is also available so players can sharpen their tactics and create a Hound that becomes their ultimate combat war vehicle.

Key Features:
•    First & Only squad-based, mech combat game set in a persistent world for the Xbox 360. Original IP on next gen platform.
•    Strategic Gameplay allows players to take on specific roles, form balanced teams and choose which side to defend as they head into the war zones.  Choose from over 100 maps and campaigns.
•    Hound Customization ensures that no two Hounds will be alike in this highly customizable world. Choose from millions of options (parts, weapons, accessories, skins, etc) to build the ultimate war machine that can be taken to the field in both first and third person perspectives.
•    Persistent Online War Zone offers players an immersive multiplayer experience as they wage war for world domination.
•    Multiplayer combat modes allows players to build squads of up to 20 players and take to the field in clans of six for head to head battle with opposing clans. Single player action allows players to sharpen their tactics solo as well as begin to create a Hound that best suits the battle.
•    Photorealistic visuals bring the game’s stunning, war torn environments to life.
•    Renowned Developer From Software, brings a solid reputation in mech action games.