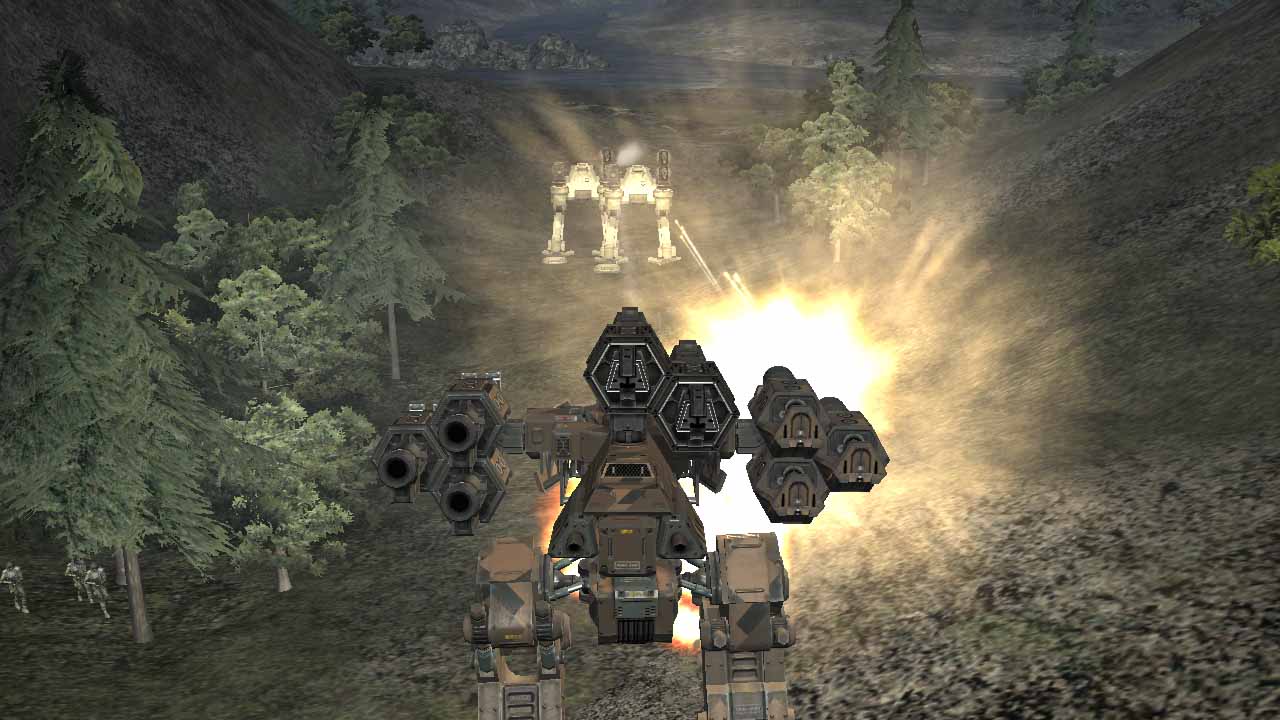 Written by Charles Husemann on 4/14/2006 for 360
More On: Chromehounds
Sega has shipped over another bushel of screenies from their upcoming squad based mech combat game Chromehounds.  This week the focus is on the soldier class of Hounds whose job it is to take things out after they have been identified by the scout Hounds.