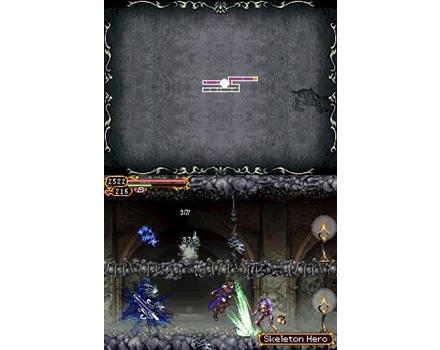 Written by Matt Mirkovich on 11/21/2008 for DS
More On: Castlevania: Order of Ecclesia
The Nintendo DS is a title that really gets a lot of crap crammed in to its library. For every gem like Castlevania: Order of Ecclesia you get ten different Petz titles from Ubisoft, or maybe My Word Coach titles. Regardless we've all been to the game store emporium, and seen the myriad of titles on the console and you ask yourself “What should I get?.” Well the answer dear reader, is a Castlevania title. Perfect for just about anyone that remembers the old school of gaming, but prefers the technology of today. Order of Ecclesia serves up some of the most refined game play that the series has to offer and comes close to topping Aria of Sorrow as my favorite hand-held title of the series. This game is in many ways superior to Aria of Sorrow and should not be missed this holiday season, especially since it might be a while before we get another 2-D game. 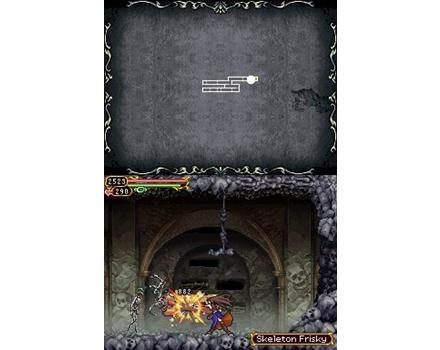 To start things off fresh, series director Koji Igarashi (IGA) gave the title its first female protagonist in a decade (we're not going to count Sofia Belmont's tragic end met by the canned Dreamcast Castlevania). Players assume the role of Shanoa, who is a member of the Order of Ecclesia, one of many groups that work towards a common goal, the eradication of Dracula. With the Belmont clan missing in action it is up to Shanoa to inherit the power of Dominus through glyphs on her body, that will allow her to be the savior of humanity and destroy Dracula for good. Of course things never go to plan, and the ritual to bind the Dominus to her is interrupted by another member of the Order, Albus. After recovering it's high time to hunt down Albus and find out what's going on, just make sure you suffer through the requisite bout of amnesia to make the story a little more convenient.

The big draw to this Castlevania is the glyph system. Shanoa carries three glyphs on her body, one on each arm and one on her back. This is somewhat similar to the soul system of previous games, some monsters will drop glyphs to be absorbed, some are hidden throughout the stages (yes, stages), and some are picked up while your enemies cast them. You bind (by holding Up on the d-pad for a bit) attack glyphs to each arm and an effect glyph to the back. This systems offers a myriad of attack combinations, and some specific glyphs will form a union which results in a powerful attack at the cost of hearts. The basic use of glyphs makes use of MP, so after a few attacks you may be momentarily defenseless if you choose to go all out.

Another shake-up in Order of Ecclesia is the more linear progression of game play. There are a number of levels to explore in Order of Ecclesia, some are short, some are somewhat long, and some just need to be seen to be believed. This break-up in stages offers the ability to visit levels with new skills to do more exploring, but overall it doesn't feel like much of a departure from having one large area. Some levels are incredibly small and only serve as a connection to other levels, making them feel unnecessary. Other levels are hidden and well worth the effort for discovering as they offer some of the best glyphs and equipment in the game, which should come as a surprise to no one. 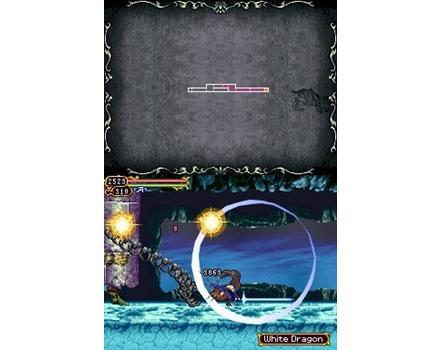 Another fairly big change is the level of difficulty, which has been increased quite significantly. The trade off to this challenge is that enemies are now more pattern based, especially bosses. Beating bosses without getting hit is the ultimate challenge and rewards you with a medal for your efforts. Though they really only exist to bolster your item collection percentage. There is also a Boss Rush mode that rewards players based on their time of completion after facing off with a large collection of bosses. If that proves to be too much for you there is also a practice mode.

Rounding out the package is the online mode that allows players to race against each other like Portrait of Ruin. There is also the option to sell your wares to other players via Nintendo WiFi Connection. Which is great if you're looking for that special item to round out your collection, just beware of price-gouging users who think a Super Tonic is worth a million in cash. No thanks, jerks...