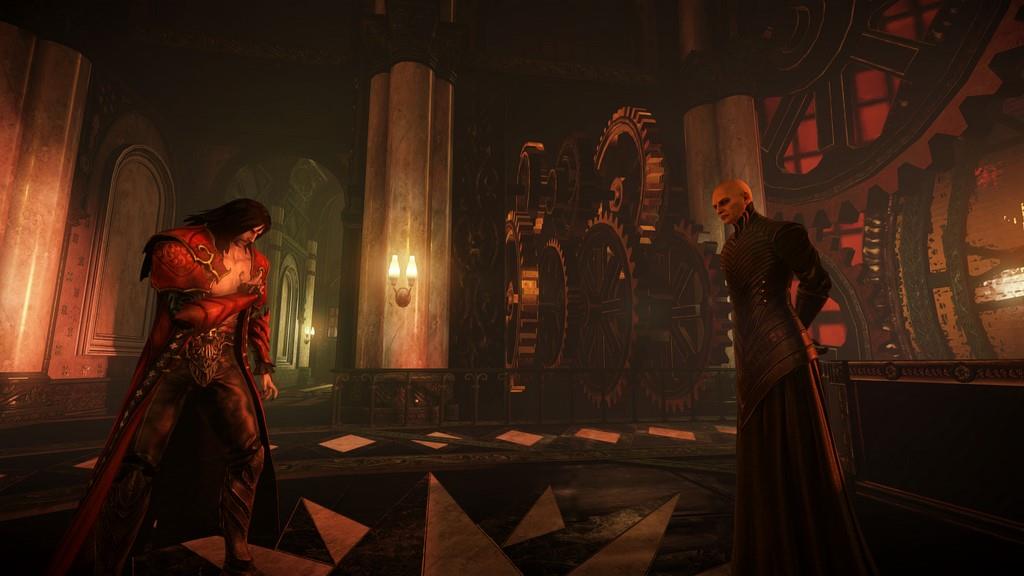 Despite my love for the Castlevania franchise, I've never been one to put much thought into the centuries-old mythology that permeates every sequel and spin-off. I come for the spooky action, the interconnected world and agile heroes. As long as I'm whipping skeletons and slaying vampires, I couldn’t care less about the family drama and curses. But Castlevania: Lords of Shadow 2 changed all that. For the first time ever, I found myself invested in the plight of a Castlevania protagonist. Even stranger, the hero in question just happens to be the prince of darkness himself—Dracula!

So get this, the previous Lords of Shadow (as well as the Nintendo 3DS spin-off, Mirror of Fate) works as something of an origin story for Dracula, one of the most notorious villains of all time. After battling the titular lords of shadow, Gabriel Belmont is turned into a vampire, takes a new name and inadvertently kills his biological son. And this is just the beginning of Gabriel's woes.

While I'm sure this retelling is wildly different from the original fiction, I found myself engrossed in the soap opera. On top of giving many old school Castlevania characters a real purpose, the game also made me sympathize with Dracula. After fighting against him so many times, it's nice to see things from his point of view for a change.

In Castlevania: Lords of Shadow 2, the vampire Belmont awaken in the present day and his forced to team up with his former enemy to defeat Satan once and for all. Between the compelling origin story and the prospect of defeating Satan himself, Gabriel's final outing should have been the most explosive Castlevania game yet. Sadly, this overlong sequel is marred by shallow combat and story that isn't particularly interesting.

Stop me if you've heard this one before: After sleeping for centuries, Dracula wakes up weak and vulnerable. This means that we'll spend most of the game tracking down powers and abilities, which will help when Gabriel eventually goes head-to-head with Satan. I guess it wouldn't be a Castlevania game if you weren't stripped of all your abilities right from the start.

While it may be a familiar Castlevania trope, losing all your powers feels like a huge step backwards. Here's a character that spends most of his time wanting to die, and yet the only way to do that is to go on a bunch of dull missions gaining strength and regaining abilities. There's something oxymoronic about that, and it doesn't exactly lead to the most exciting conclusion.

It doesn't help that the story revolves around a modern-day corporation, not ancient demons and magic. The present-day environments are interesting at first, but it won't take long before Gabriel is fighting soldiers with guns and armored mechs. I'm all for a present day Castlevania game, but it feels completely out of place in Lords of Shadow 2.

The game is at its best when Gabriel steps away from the present-day setting and takes a trip into the past. This is accomplished through magical portals, as well as flashbacks. Fans of the fiction will be excited to see familiar faces, which will help to fill in the story between Mirror of Fate and this brand-new sequel. This also allows the artists to construct a more interesting world, full of gorgeous gothic architecture and enemies that look like rejected Titanfall characters. 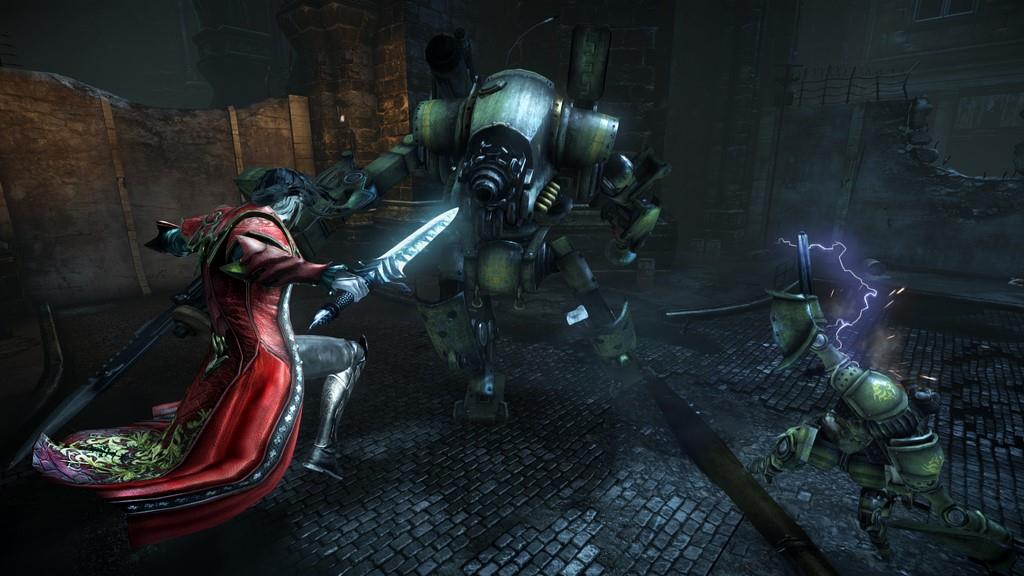 The action itself is fast and varied, taking a page from games like Devil May Cry and God of War. Gabriel's main weapon resembles a supernatural whip, which makes sense in the Castlevania universe. On top of his shadow whip, Drac also sports a void sword and chaos claws, which he can switch to on-the-fly. The void sword is weaker than the other two weapons, but replenishes a small part of Gabriel's health with each hit. On the other hand, the chaos claws are extremely powerful, but limited by their short range.

On top of switching between three weapons, our hero also has a number of different magic spells at his disposal. For example, Dracula is able to throw bats at his opponents to stun them for a short while. In other situations he's able to turn into mist, allowing the vampire to float through bars and catch flight with bursts of wind. And don't forget the needlessly frustrating stealth sections, which see Gabriel turn into a pack of wild rats.

Unfortunately, none of this feels very original. Worse yet, most of these ideas have been done better in other games. The combat often mimics God of War and Devil May Cry, yet isn't as deep or interesting as those titles. Sure, you can upgrade your moves and abilities over time, but even then it felt shallow when stacked up against similar action games. 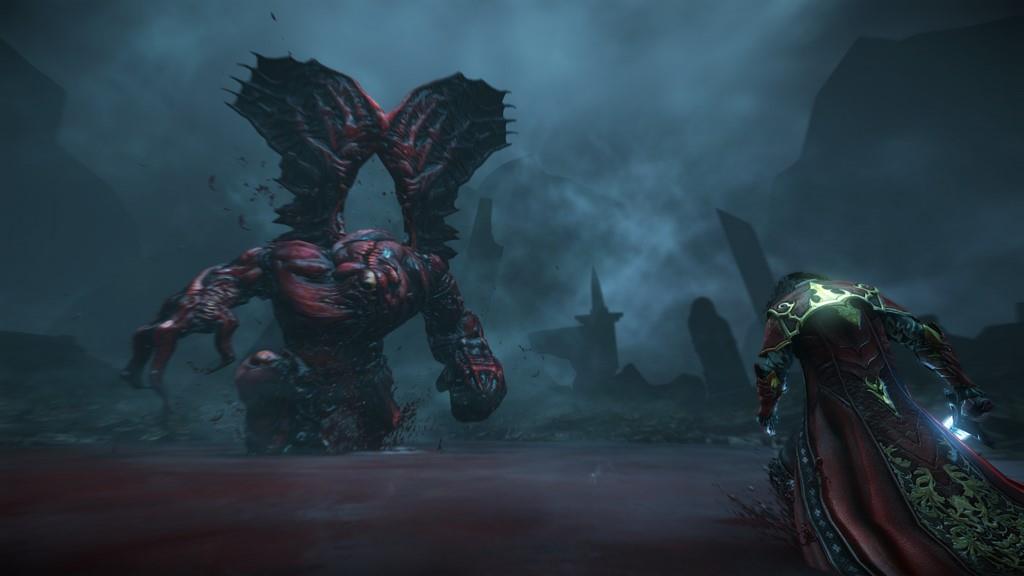 In theory, a compelling story can make up for some of these problems. Unfortunately, Lords of Shadow 2's staggering 20-hour length only compounds the problem. There's simply not enough story to stretch across that length of time. What we're left with is a lot of filler and quests that feel more like busywork. In fact, there came a point where I completely lost the thread. Instead of creating the ultimate end to an otherwise solid trilogy, this game wastes our time with superfluous missions. Not only does this drag down the pacing, but it also highlights the game's shallow combat mechanics.

On the other hand, Lords of Shadow 2 does have a number of incredible boss fights. If you're a fan of the large-scale boss characters found in the God of War series then you'll be impressed with what Konami was able to do in this Castlevania sequel. A few of the battles don't make a lot of sense, but it's all worth it for the riveting fight with Death. At times I wished the game would act more like Shadow of the Colossus by ditching the monotonous regular enemies and focusing more on the bosses. Sadly, I did not get my wish.

The good news is that Lords of Shadow 2 finishes strong. In fact, the final act is so strong that I almost forgot about the fetch quests and mindless arena battles. Fans that have played through the 2010 original and Mirror of Fate will be satisfied with the conclusion. They'll have to put up with a lot of eye-rolling nonsense to get to the end, but it's ultimately worth it. 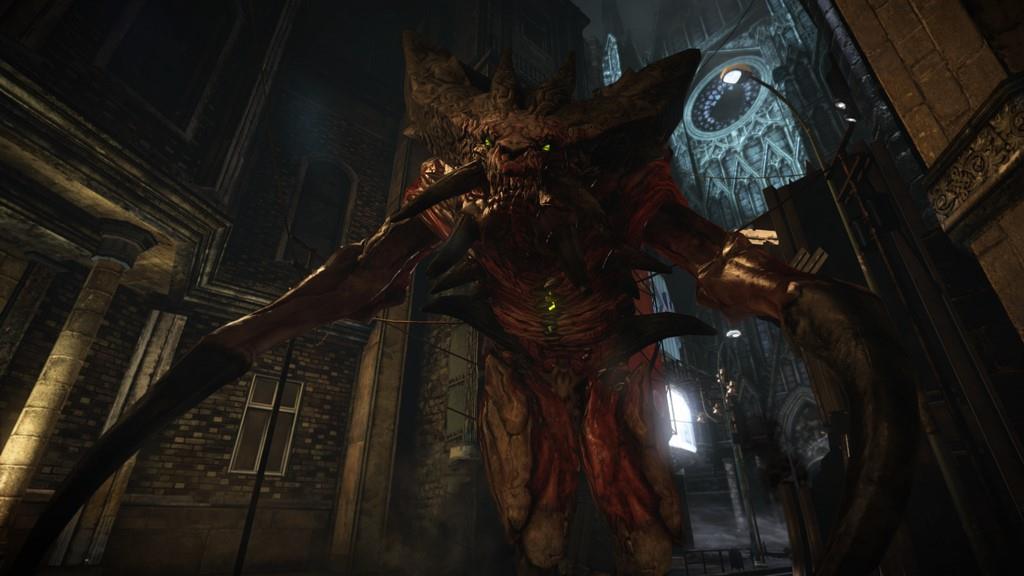 Castlevania: Lords of Shadow 2 may not be interesting from start to finish, but at least it looks great. There are a lot of interesting locations to see and enemies to battle. The music is also superb. And don't forget about the strong voice cast, which features both Robert Carlyle (Trainspotting, 28 Weeks Later) and Captain Jean-Luc Picard himself, Patrick Stewart.

You would think that all these great parts would make for a must-own action game, but Castlevania: Lords of Shadow 2 doesn't quite come together. It looks good and has a great cast, but the pacing is all over the place and the stealth missions are never fun. Still, it's worth seeing through to the end for the incredible final act and boss battles. It's fun, but this Castlevania sequel is full of missed opportunities.

Konami's newest Castlevania sequel is marred by repetitive gameplay, terrible stealth missions and an uninteresting story that overstays its welcome. On the other hand, the game's final act and incredible boss battles make Lords of Shadow 2 worth playing. In a lot of ways this feels like a step backwards, but that shouldn't keep fans from having a good time finishing off Gabriel's adventure.