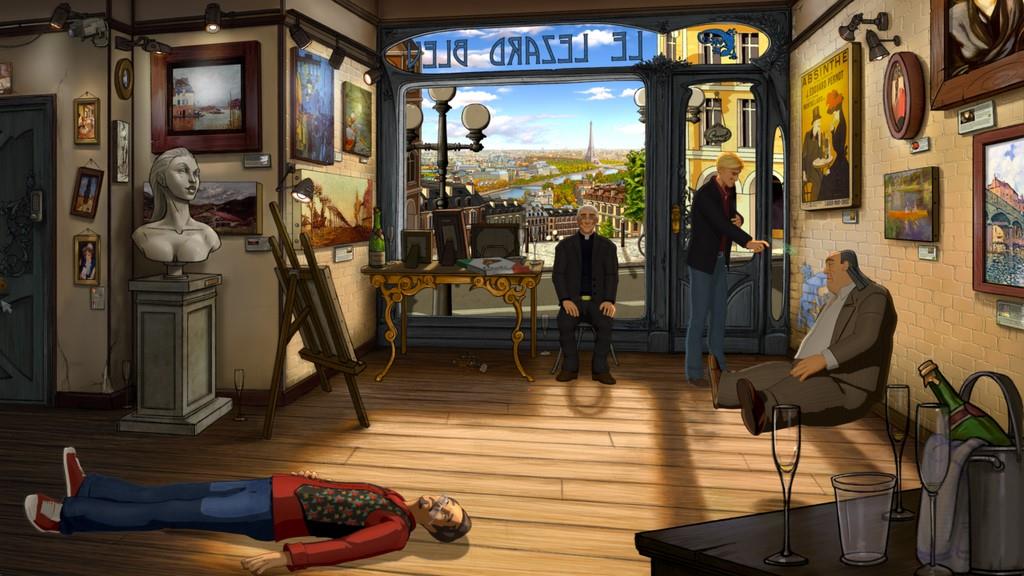 Written by Randy Kalista on 1/6/2014 for PC
More On: Broken Sword 5- The Serpents Curse

A priest, a lawyer, and a reporter walk into a murder scene -- wait, wait -- stop me if you’ve already heard that one. Because, yes, the Broken Sword series is back. And, yes, its longtime dual protagonists, George Stobbart and Nico Collard, are once again cracking open a fresh case of homicide with a hint of the supernatural.

The Broken Sword 5: The Serpent’s Curse is a point-and-click adventure game by series creator and director Charles Cecil. With tremendous Kickstarter backing (I gave up after watching 45 minutes of never ending contributors scrolling through the end credits) The Serpent’s Curse returns to the series’ 2D hand-drawn roots, and includes the expected quirk-laden characters and good old fashioned detective work.

At the center of The Serpent’s Curse is a darkly complex painting titled “La Malediccio,” painted by a shadowy character known as El Serp. The relatively unknown painting hangs in a small Parisian gallery. That is, until somebody fronting as a pizza delivery guy steps into the gallery, grabs the painting, then puts a bullet in the gallery owner before running out the door.

George Stobbart and Nico Collard see the whole thing go down. Stobbart, an American patent lawyer whose company insured the art show, immediately begins gathering evidence surrounding the incident. Collard, a French freelance journalist, chases after the murderer on foot. She’s not even armed. She just goes after the guy.

And so begins an unexpectedly relaxed robbery-homicide investigation. I say “relaxed” because, despite some characters’ insistence that La Malediccio’s resurfacing (and robbery) is a harbinger of end times, The Serpent’s Curse ignores recent adventure game trends and never forces you to make rushed decisions or to second guess any of their terrifying consequences. Every scene patiently waits for you to scour it from top to bottom, never letting you leave before nabbing one last piece of crucial evidence, and never allowing you to wander aimlessly over the city map if there’s no reason for you to visit or revisit any particular location.

The puzzles are sometimes relevant and well handled, and sometimes not. Scouring frame by frame through CCTV video? Excellent. Scooping a cockroach into an empty matchbox to carry around in your pocket until The Serpent’s Curse part 2? Not excellent. Assembling pieces of a document that went through a shredder? Yes! Offering a dopey policeman coffee so he has to run off to a streetside “pissoir”? Maybe!

I let slide a couple logical inconsistencies when gathering inventory items, but they didn’t anger me. Like when Stobbart complained, “Carrying an ink pot around in my pocket would stain my hands for days,” though he seemed perfectly okay to slip a slice of hot pizza into that pocket earlier. I also enjoyed watching Collard tuck a full-length mop into her suit coat after swabbing up a blood stain. Like I said, no big deal, but funny to point out, and par for the course in adventure games. 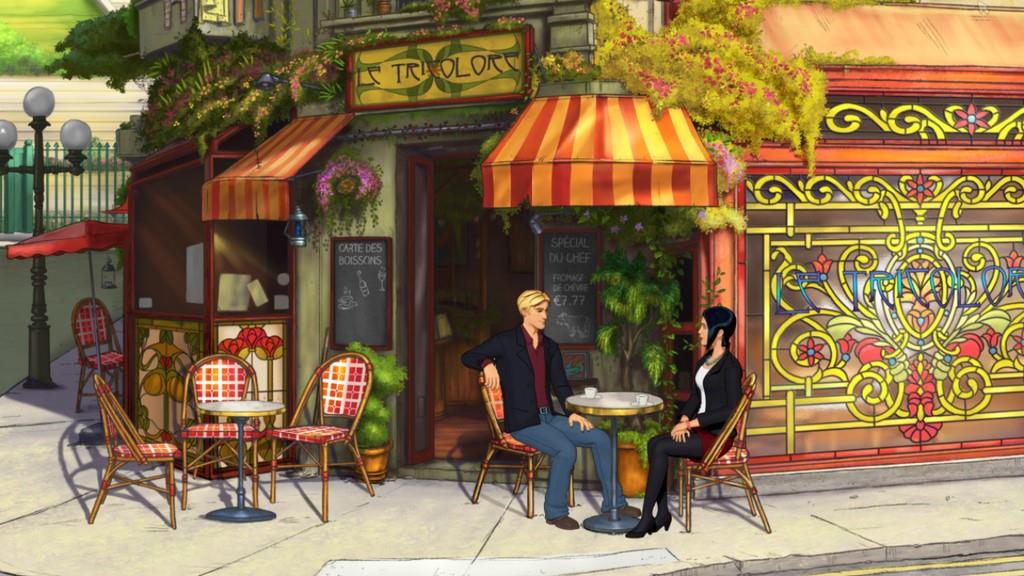 There’s no button to highlight hotspots on the screen, so you have to resort to the tried-and-true “mouse crawl” when looking for items to click on. But The Serpent’s Curse makes up for that by including a generous set of clues when you’re stuck on a puzzle. Every possible stumper comes with a multi-tiered set of hints to get the ball rolling again. The first hint will be vague, but might be just enough to point you in the right direction. Sometimes, if a puzzle leaves you utterly dead in the water, you can click through all the clues until the final clue pretty much just tells you exactly what you need to do to proceed. I never had to click that far more than once or twice, but it was wonderful not having to scour YouTube for permission to continue.

There’s no notebook of findings to keep evidence and clues in order, but the investigation never tries to be that tricky. Besides, Stobbart and Collard often split up -- with you taking control of one or the other -- and then recount their findings to one another once they meet up again. So, often after you’ve just completed a scene with Stobbart, he’ll catch up with Collard and tell her what just happened. Then, after you’ve completed a scene with Collard, she’ll run into Stobbart again and recount the major points of what she learned in the previous scene. It’s sometimes tedious, but quite effective in keeping spaced-out players (like myself) on track. 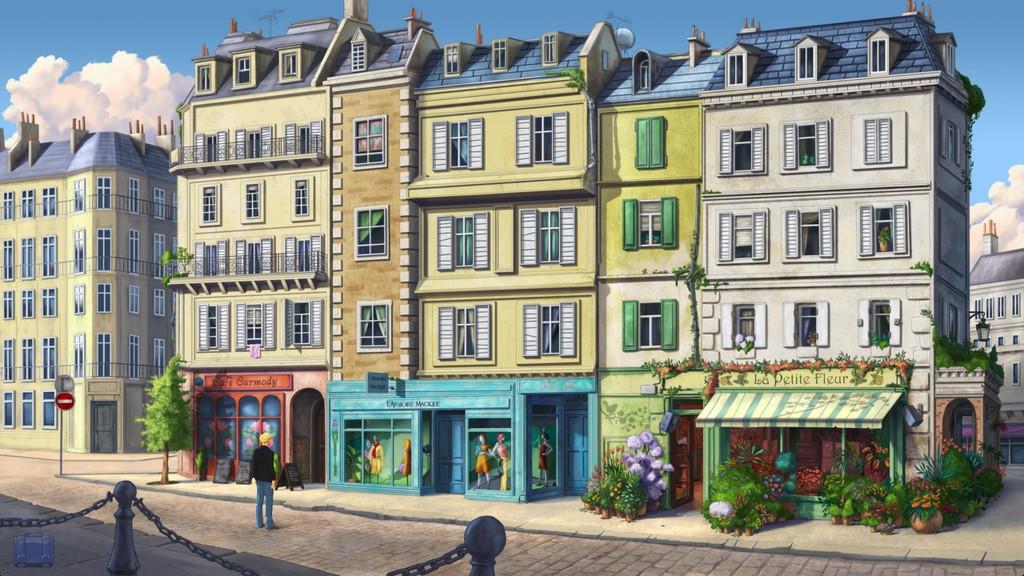 The Serpent’s Curse prides itself -- and pokes fun at itself -- for having a pretentious tone built into some of its writing. While I never ran to YouTube to look up a walkthrough, I did have to resort to Dictionary.com on occasion to decipher some of the dialogue.

Collard: “He sounds perspicacious.”
Inspector Moue: “No need to talk about the inspector’s sweaty proclivities.”

Stobbart, billed as an everyman, still ends up quoting novelist and poet Gertrude Stein at least once. And there’s an unnerving nationalist waiter getting his Jean-Paul Sartre on by saying, “Life begins on the other side of despair.” Guy probably doesn’t collect much in tips when he drops that one on his customers.

The Serpent’s Curse continually promises to ramp up the action at some point, but with part 2 coming sometime early this year, it doesn’t feel like part 1 ends on much of a cliffhanger. I know that zombie hordes and fable reimaginings are taking over the adventure genre lately, and I don’t require headshots and kill streaks to pique my interest when it comes to point-and-clicks, but The Serpent’s Curse isn’t convincing me there’s a dangerous work of art that could undo mankind. The snoozy pace and seeming lack of consequences keeps the heart monitor beating very low and steady with this one.

Broken Sword 5: The Serpent’s Curse - Part 1 is thoughtfully constructed with low-pressure environments and the promise of a global thriller with a supernatural curse reaching back to Biblical times. It’s strung me along this far, so I’m ready for part 2, but part 1 is doing very little to hint at any major payoff for this sleepy but good-natured point-and-click adventure.