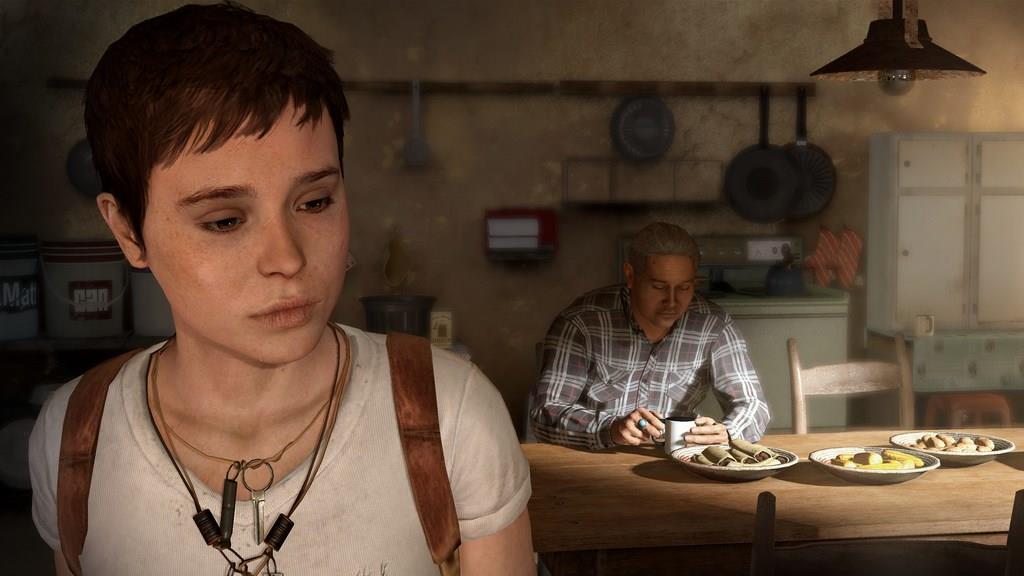 Written by Charles Husemann on 10/10/2013 for PS3
More On: Beyond: Two Souls
Beyond: Two Souls represents a few firsts for me. It’s my first Quantic Dream game as somehow I've never played one of theirs in my 35+ years of gaming. It's also the first AAA game that I've gone into almost completely blind. Before playing, my only exposure to it was the first trailer at E3 a few years ago, but, other than that, I hadn’t seen any new trailers, developer diaries, or television ads.

This was refreshing as I didn’t any preconceived notions going in. There’s nothing worse than getting halfway through a game and then figuring out the result of the the next sequence of events based on some footage from a press conference or from a YouTube video.

Beyond:Two Souls is an interactive experience that has you playing Jodie Holmes, a woman who can see into the spirit realm. Basically, she can see dead people, but there’s a bit more as she is tethered to a spirit named Aiden who has been at her side since birth. It's a bit of a curse and a blessing as she’s never truly alone but he is around to console and protect her when she gets into trouble.
​​
Jodie has some limited control over Aiden and he can be used to explore the world, manipulate objects, possess or kill people, and heal or create a shield around Jodie. Completing the game will require you to control both Aiden and Jodie to complete puzzles and piece together the narrative.

The first time you fire up Beyond:Two Souls, there's a 2.5 GB install of data to your hard drive, followed by the obligatory day-zero patch. The process takes some time to install during which you’ll be prompted to indicate how you want to control the game, if you are playing alone, and identify your previous experience with video games (which adjusts the difficulty level).

You can use a PlayStation 3 controller or an app which you download to your iOS or Android device. The device must be on the same WiFi network as your PS3 but you must install the Beyond: Touch Application  to use it. I’ll talk more about the app later. 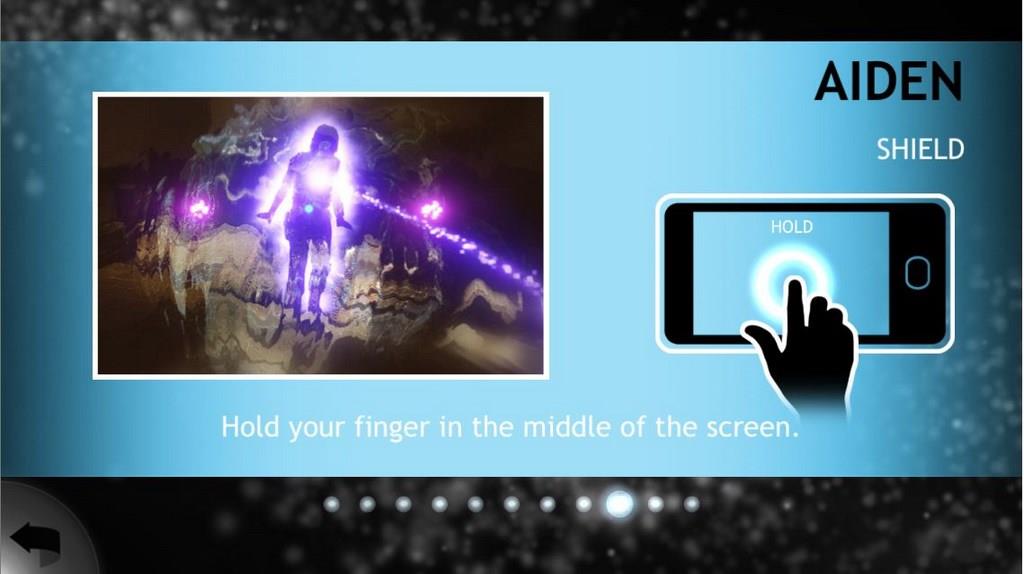 Beyond: Two Souls is told in a non-linear fashion and you’ll jump back and forth between points within a 15-year time period in Jodie’s life. You’ll get to experience things like: her time with her foster family, the manifestation of her powers, the awkward teenage years, her CIA recruitment and training, and her attempts to escape from the the government to have a "normal" life.

I call Beyond: Two souls an interactive experience because it’s hard to call it a video game as the gameplay is limited to exploring pre-defined chunks of the world and interacting with it through a series of Quick Time Events (QTEs). There’s no jumping, no running, and no real interaction with the game beyond the narrow choices that the development team gives you.

There are some limited fighting sequences where you have to react by pressing in a certain direction, but not direct over the combat itself. Don’t worry about failing these sequences as there’s no penalty for dying. If you fail something you are merely routed onto a different track within the game which results in a different cutscene being shown or a shift in gears toward one of the various endings. 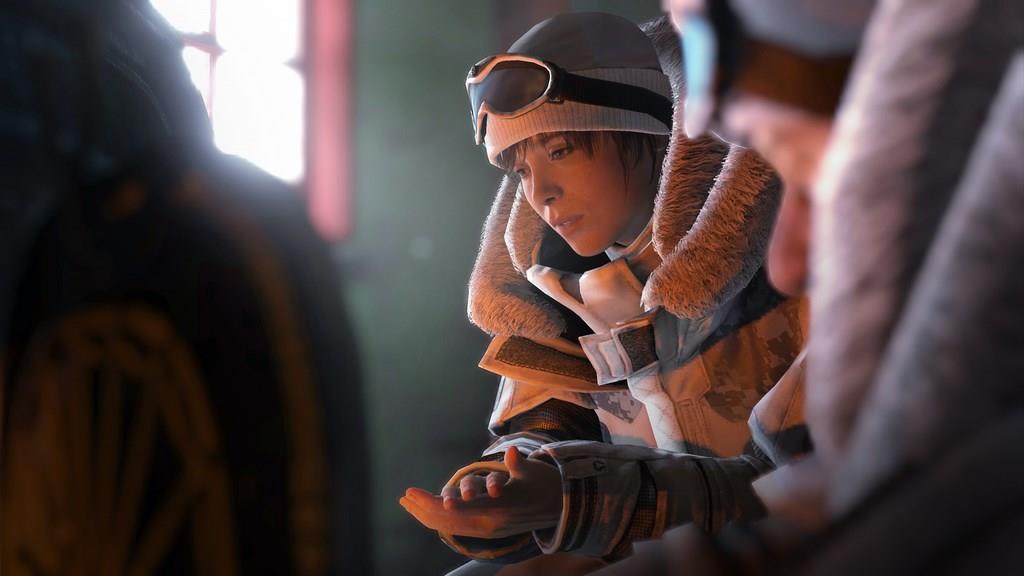 The designers made a few interesting decisions when comes to how you interact with the game as you will be pressing buttons and turning the controls do do things like cooking a meal, pouring and drinking coffee, and even helping Jodie relieve herself. Some of these make sense but there are other situations where you could replace a QTE with a simple button push.

One example is that the game eschews audio logs in favor of flashbacks. To trigger them you have to switch over to Aiden and use the thumbsticks on the controller to angle the spirit energy into Jodie’s head. This was kind of fun the first few times, but, after that, it became a chore.

To a large degree, it feels like it puts mittens on the players when it comes to solving certain puzzles as they must be solved in a certain way. This is probably good for non-gamers, but for me it was frustrating.

Some of these tasks are easier to do when using the Beyond: Touch application on your smartphone or tablet as the game simplifies things a bit, but these interfaces create other issues. Moving Jodie around the world become a major chore as you constantly have to move your finger in the direction you want to go. Aiden is a bit easier to control on the touchscreen as the designers limit his movement to a few points within a level, turning Aiden's parts into a completely on-rails game. I played one of the 20-odd episodes with the tablet before getting frustrated and switching over to the gamepad. 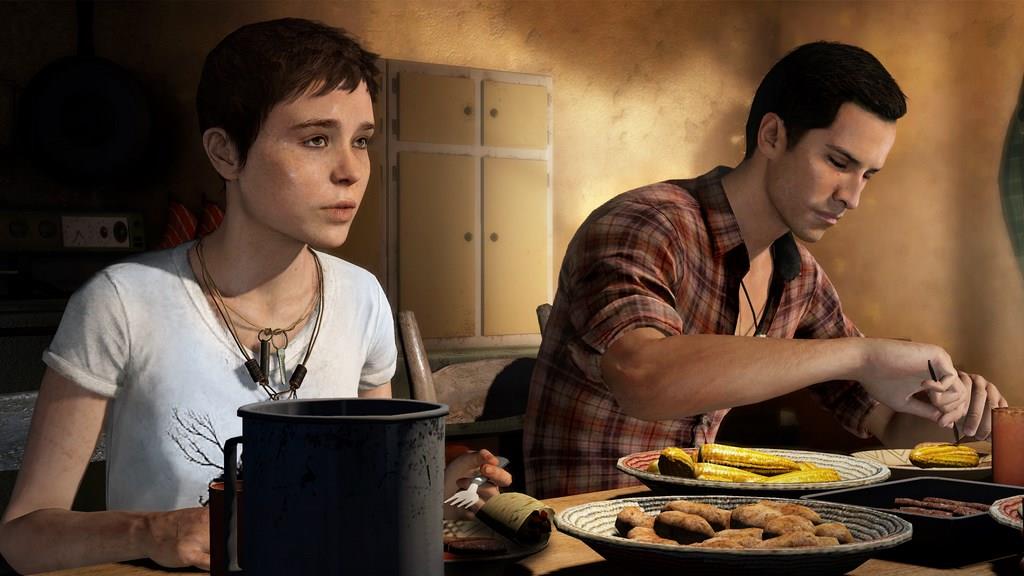 The game supports co-op -- one person plays as Aiden, the other as Jodie -- and you can even have one person using a controller while the other uses the app, which might be ideal to get a non-gaming significant other to play alongside you.

With such a limited amount of gameplay the burden of the game then shifts to the writing and the presentation.

With a few exceptions, the presentation in Beyond: Two Souls is top notch. There are a few uncanny valley moments here and there, but for the most part the game is gorgeous. Nestled within the game are a few especially beautiful scenes that look almost next generation. I was struck by some of the amazing backgrounds and characters in the Navajo, and during the last two levels of the game. The character animation is also spectacular in places.

Of course, having Ellen "Juno" Paige and current Mercedes pitchman William Dafoe in the lead roles helps significantly. Both actors deliver solid performances and make the most of what's given to them. I was a bit concerned that they might detract from the rest of the presentation, but after awhile you just treat them as characters in the game. 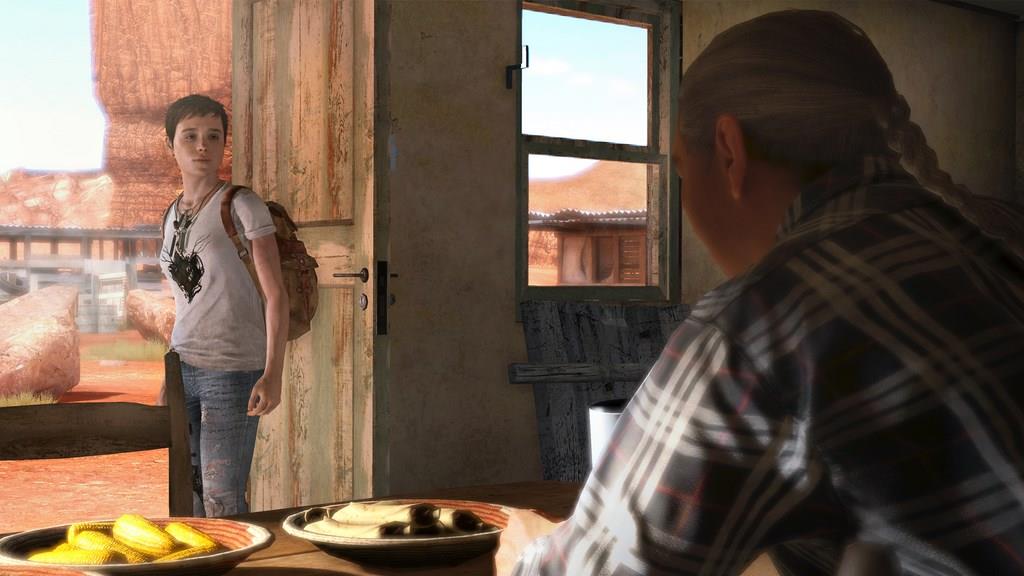 The music is spectacular, which is what you would expect from a score created by veteran Hollywood composer, Hans Zimmer.

The writing, though, is where the game struggles. While the non-linear narrative adds a few things, it doesn't hide the fact that the game struggles with its identity. Is the game about helping Jodie get free from the CIA or from Aiden? Is it a Splinter Cell-type game? It's hard to tell as the game leaps from time period to time period without keeping the player focused on a single goal or set of goals. It doesn't help, either, that there is at least one side mission where Jodie seem like Kane from the movie Kung Fu, wandering the desert, helping people solve their problems.

The writing is also focused on trying to force unearned emotions on the player, some of which works, but mostly falls flat. The writing is a bit overwrought in places and tries to get players to overly sympathize with a character and insist on something that really isn't there. There are a few moments where I connected with the game but they were outweighed by a few others where things were almost laughably bad.

The fact that you can't lose also hurts it a bit. There are a few key moments where you fail a large part of a mission due to the game's lack of communication about what to do with Aiden. Instead of being able to replay them, you are locked into an alternative track without the ability to replay the scene without having to replay the entire level.

Unfortunately, Beyond:Two Souls ends up being something of a tarnished experience. My girlfriend watched me play for a few hours and thought the game looked great but couldn't figure out exactly what was going on -- and that the writing was "on the crappy side. While she didn't get to see some of the better parts, I think that's a somewhat accurate assessment.
Beyond: Two Souls is a beautiful and well-crafted interactive experience that is encumbered by some odd writing and questionable game-design decisions.