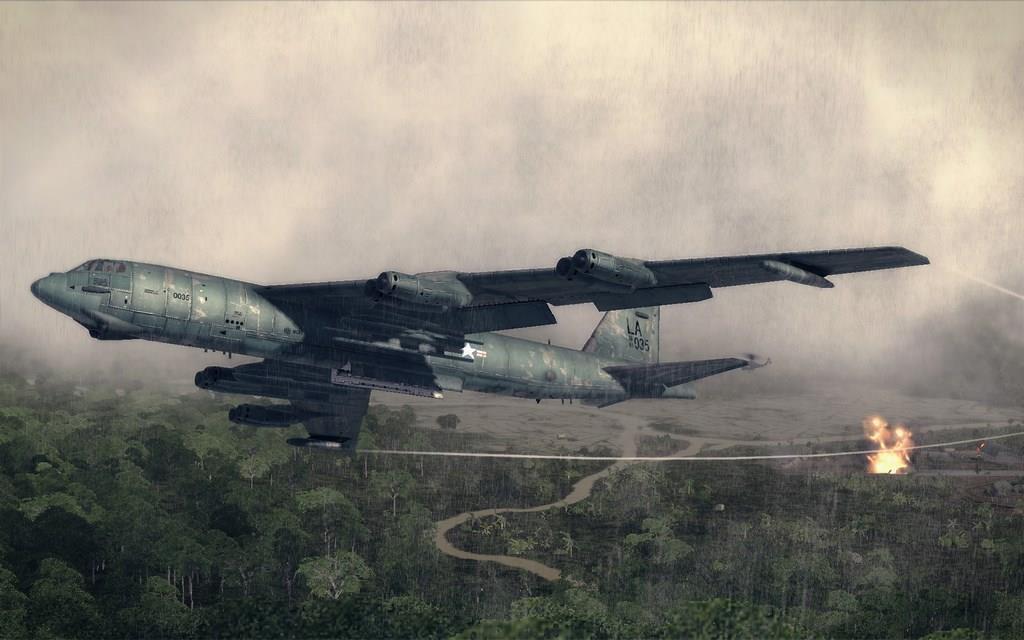 Written by Sean Cahill on 8/6/2013 for 360   PC   PS3
More On: Air Conflicts: Vietnam
In the world of combat flight simulations, the World War II and Modern Eras have been used so much that it makes one wonder if those were the only times where air combat actually occurred.  Kalypso and bitComposer Games must have realized this and seized the opportunity to dive into the late 1960s by giving us Air Conclifts: Vietnam.  While the Vietnam War may not ever have been very popular in the United States fans of air combat are going to enjoy this title.

I'll start out by saying that Air Conflicts: Vietnam is meant to be a pick up and play game.  It is not going to set any records for historical accuracy or the amount of detail that one will see when it comes to cockpits and such.  That's not to say that the visuals aren't good, because what I've seen of title in its current form looks great.  The idea behind the game is simple:  Play as a single protagonist who is well-versed in both fixed wing and rotary blade aircraft and dive into combat and work your way up the ladder while taking out as many "Charlies" as possible.  Single and multi-player modes will be available, of course, but that's just the appetizer.

In the single player mode, it isn't just a matter of controlling the primary character, but there will also be members of a squadron at your disposal.  Case in point, the player will have multiple aircraft to choose from as the game proceeds deeper into the campaign.  Based on what the mission entails will make a player decide what aircraft in the squadron will get utilized.  These aircraft will not just be AI-controlled either, as the player will be able to actively switch between them throughout a mission.  The challenge, though, is that the player will need to keep the aircraft from getting shot down as there is a finite amount of pilots at your disposal.  A nice twist, however, is that the player can opt to go on a rescue mission after a mission is complete and attempt to find any shot down pilots.  There will be a strict time limit, but if the player is successful, then that pilot becomes available for use again. 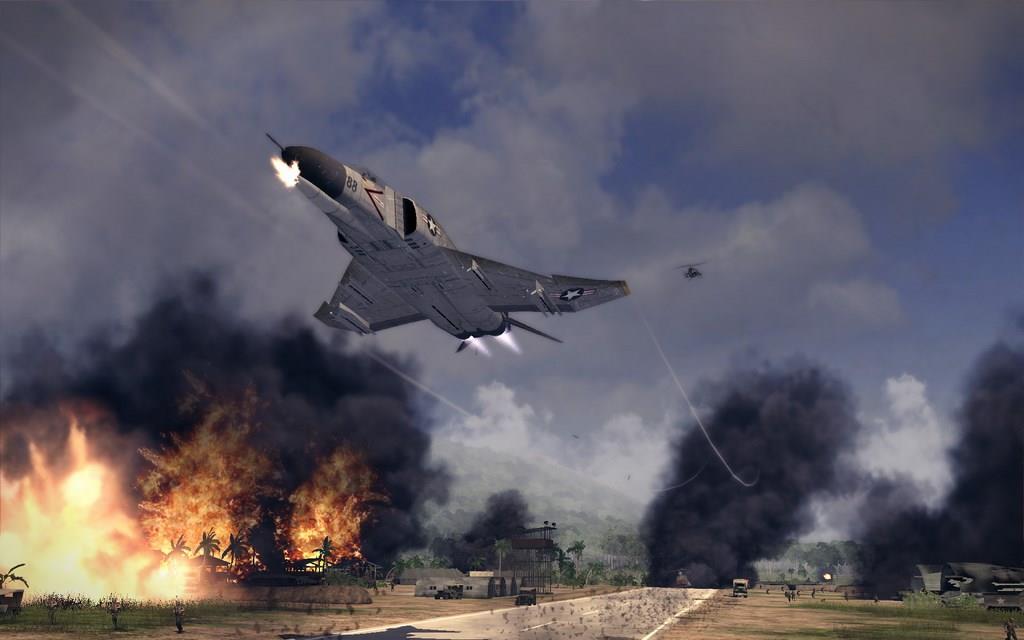 I had hands-on for both the fixed-wing and rotary blade craft, and I can say without a shadow of a doubt that the helicopters are going to take some time for a player to get used to.  It isn't just about changing throttle and banking right or left like a standard aircraft.  Controlling with both analog sticks while attempting to shoot air and ground targets and maintaining elevation feels like trying to drive a stick-shift car for the first time.  It's cumbersome, tedious, and will take some time to get used to.  It has been promised to us that both craft are going to be needed throughout the campaign mode, and there will be over 20 aircraft to choose from that are accurate to the time frame, such as the F-100 Super Sabre, F-4 Phantom, and MiG-17 and MiG-19s as examples of friendly and enemy aircraft.

From what I saw at this event, Air Conflicts: Vietnam is shaping up quite nicely to be a great changeup to the standard era flight combat simulators.  The game is slated for a fall launch, but no definitive date has been set by Kalypso as of press time.  Rest assured, when more information becomes available, you can read it here on Gaming Nexus.