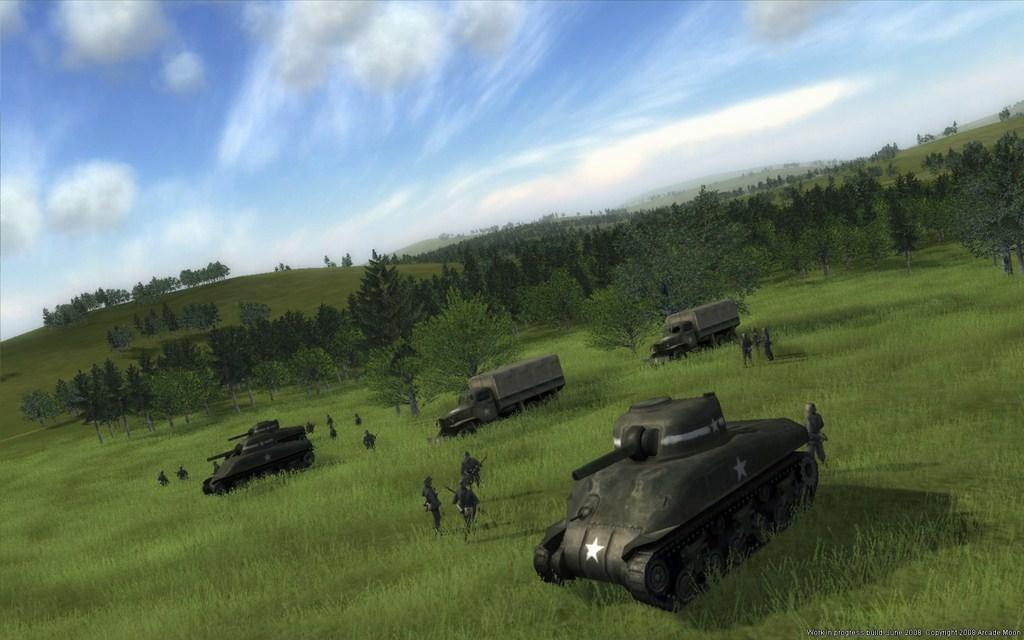 Written by Dave Gamble on 11/8/2011 for 360
More On: Air Conflicts: Secret Wars
According to Wikipedia, “The Hundred Years' War was a series of wars waged from 1337 to 1453 by the House of Valois and the House of Plantagenet, also known as the House of Anjou, for the French throne, which had become vacant upon the extinction of the senior Capetian line of French kings.”  It is my opinion that they will soon have to add a second definition: “The Hundred Years' War, formerly known as WWII, was a war that lasted from 1939 to 1945 in terms of actual battle, but was relived in the form of video games well into the 21st century.”  It is understandable in a way, this fascination with this one particular war; the immense breadth of geography, the new technologies brought to bear, and the existence of a clear and contemporaneously undisputed villain have provided fertile grounds for the exploitation of both real-world, well-known battles and battlefields and the exploration of fictional alternative realities.
It is the latter that provides the story behind Kalypso Media’s Air Conflicts: Secret Wars. Secret Wars tells the story of DeeDee Derbec, an orphan girl who was raised and taught to fly by a WWI veteran pilot  who had flown and fought beside her father. Caught up in the early days of WWII, DeeDee turns to mercenary flying as a means to make enough money to escape from Europe and the imminent war.  The player, acting in the role of DeeDee, becomes enmeshed in the turbulent air wars of the European and North African theatres. 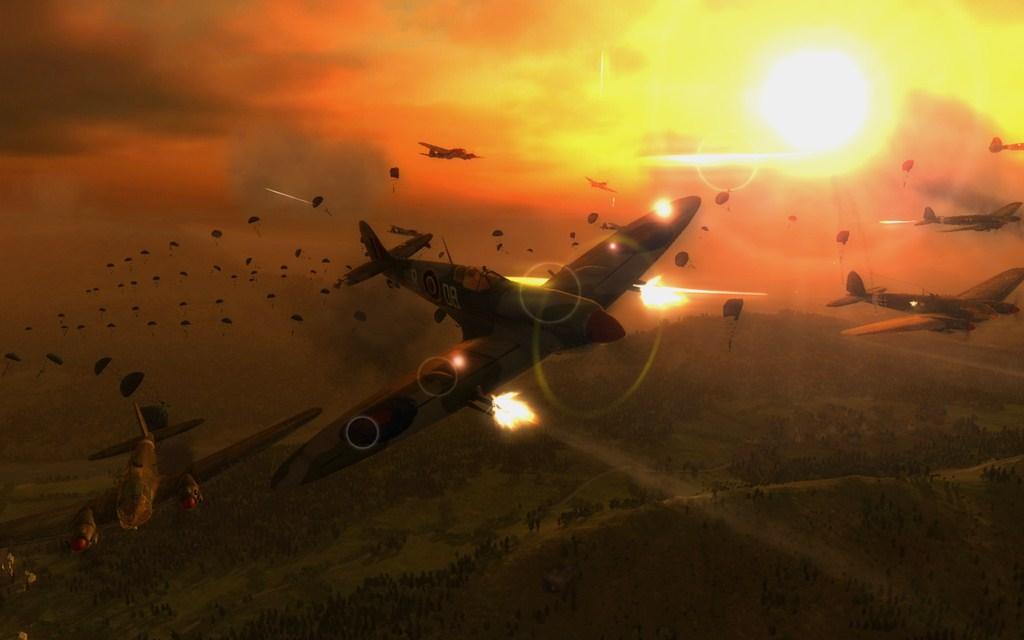 DeeDee’s story is told through fixed-image cut scenes and a female narrator who, it seemed to me, has one of the sexiest Eastern European accents ever.   Through these short vignettes, we see how DeeDee reluctantly becomes more and more embroiled in the violence in the skies, despite her qualms about becoming too involved with any of the battling sects. Having been tricked by a military commander into committing what she considered to be murderous attack on innocent factory workers, she shares her angst and guilt through well-written and well-performed narration.

The missions start innocently enough with the delivery of a few cases of bootleg whiskey, but before long the difficulty and magnitude of the missions inexorably grows to the point of dropping bombs on factories, shooting down enemy airplanes, and performing stealthy delivery operations of ordnance and high value envoys/spies.  In other words, the mercenary pilot that had hoped only to make enough money through smuggling and other less deadly activities ends up fighting for her life, often (well, always) against a vastly numerically superior enemy air force.

The cut scenes are short enough to tolerate even if you aren’t that interested in the story, but the dialog between DeeDee and her compatriots continues throughout the action parts of the game as well. It never became outright irritating to me, but there were times when I would have appreciated a little less chatter. As mentioned, Secret Wars routinely pits the lone player against a much larger number of opponents. In some missions DeeDee is accompanied by a wingman, but he never seems to accomplish much. This aspect of Secret Wars places it firmly in the “me against an entire army/air force” genre. As such, there is no squad tactics/strategy component; your wingman is milling around out there somewhere, but you can’t utilize him in any kind of coordinated attack or defense. 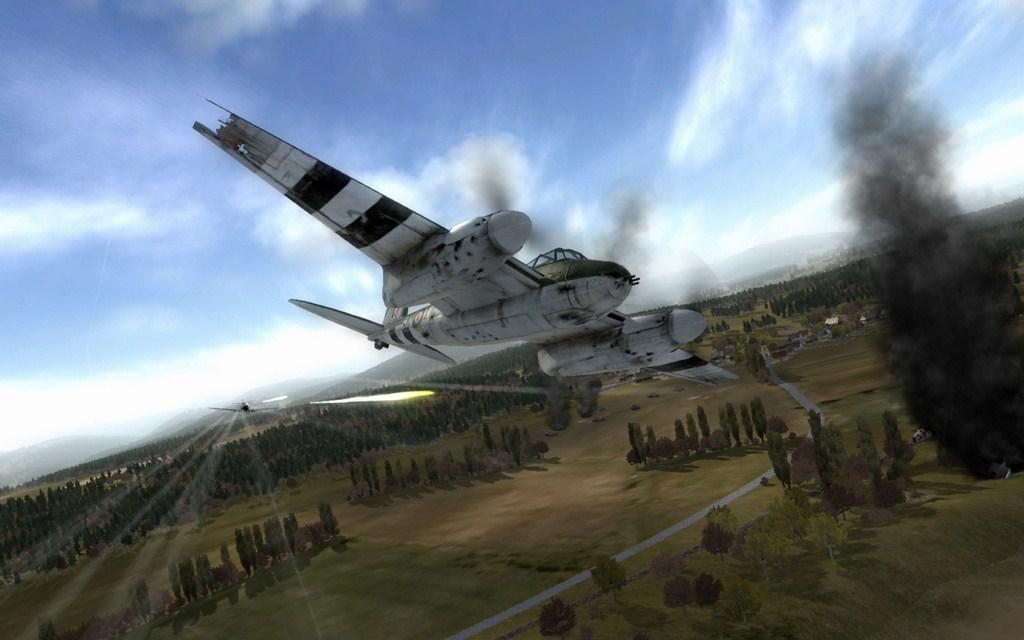 The flight model is also tilted heavily towards the arcade side of the equation and as such will offer great accessibility to novices, but it is likely leave veterans chuckling at some of the inaccuracies that exist even in the “simulation” mode. That said, the simplified flight model meshes well with the style of the game play; being engaged in a low-altitude dogfight with the odds stacked heavily in favor of the dozen or so enemy planes is no time to be concentrating on energy management or complex aerodynamics. This is purely a bank and yank kind of game. At the lower difficulty levels, the player’s airplane can absorb massive amounts of damage from air-to-air and ground-to-air weapons, as well as the periodic brush with terra firma should the player become distracted by all of the action.

That said, it is possible to reach a checkpoint with so much damage to the airplane that the mission cannot be completed. In cases like this, the only recourse is to go back and start the mission from the beginning. As a handful of the missions can be lengthy, this is, at times, somewhat frustrating. The majority of the missions, though, are of just the right length to allow a few quick play sessions throughout the day. As the player progresses through the campaign, more airplanes are introduced to the player’s hangar and the weapon loads are increased. The variability between the relative strengths and weaknesses of the airplane types makes choosing the correct airplane for a given mission fairly important.

When it comes to graphics, Secret Wars is attractive to look at. The terrain has plenty of sky and ground detail, albeit surfeit of large urban areas, yet still maintains a buttery smooth frame rate even in large dogfights with a couple of dozen airplanes in close proximity, an area where you might normally expect some degree of lagging.  The external model of the airplanes is nicely detailed as well, although the in-cockpit view is somewhat less detailed. Smoke effects are fairly decent and, although you’re not likely to encounter them very much, clouds are nicely rendered too.  The lighting effects can be irritating at times - it’s certainly realistic to have severely reduced forward vision when flying into the setting sun on a hazy day, but it can make targeting difficult. Perhaps by design, this often caused me to restructure the tactics of my attacks to ensure that the sun was behind me. Again, that’s realistic, but it can be burdensome in a timed mission. 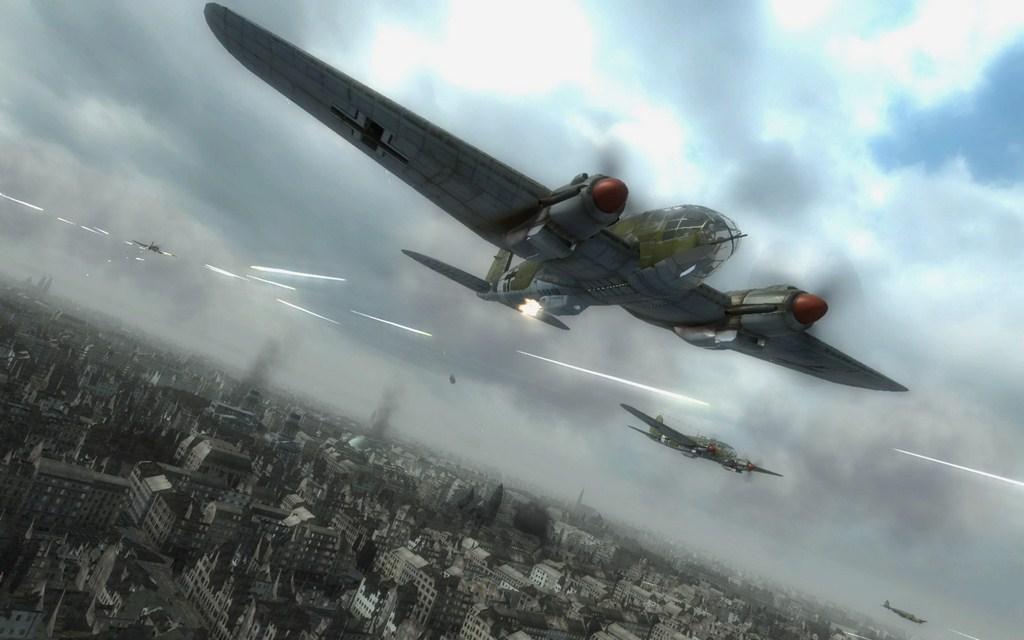 There is a multiplayer component in addition to the standard single-player modes. The multiplayer offers up four-player dogfights, Team Dogfight, Capture-the-Flag, and Destroy & Protect. Unfortunately, the relatively low market penetration of console-based air combat games ensures that the game lobby is often empty. And by “often” I mean “every time I tried.”  If you have your heart set on mano a mano, you might have to bring your own mano.  This situation may improve with time, of course.

At the end of the day, Air Conflicts: Secret Wars fits into a nice, open niche in the very crowded WWII genre. For the purist, Air Conflicts will not stack up well against the likes of IL-2 Sturmovik, but it doesn’t need to. IL-2 has the high-fidelity, high-difficulty realm adequately covered; Secret Wars fits nicely into the easily-accessed, action-over-reality market.  It comports itself well enough in the single player mode, but its playability in that mode comes as a result of fairly weak AI opponents. The multiplayer mode has the potential for addressing that problem, but only if there are enough willing and available players to provide decent opposition.
Kalypso Media’s Air Conflicts: Secret Wars offers an arcade-style single-player mode that will appeal to the casual air combat gamer and a multiplayer component that will offer a tougher challenge to the more serious player, but only if other players actually show up.