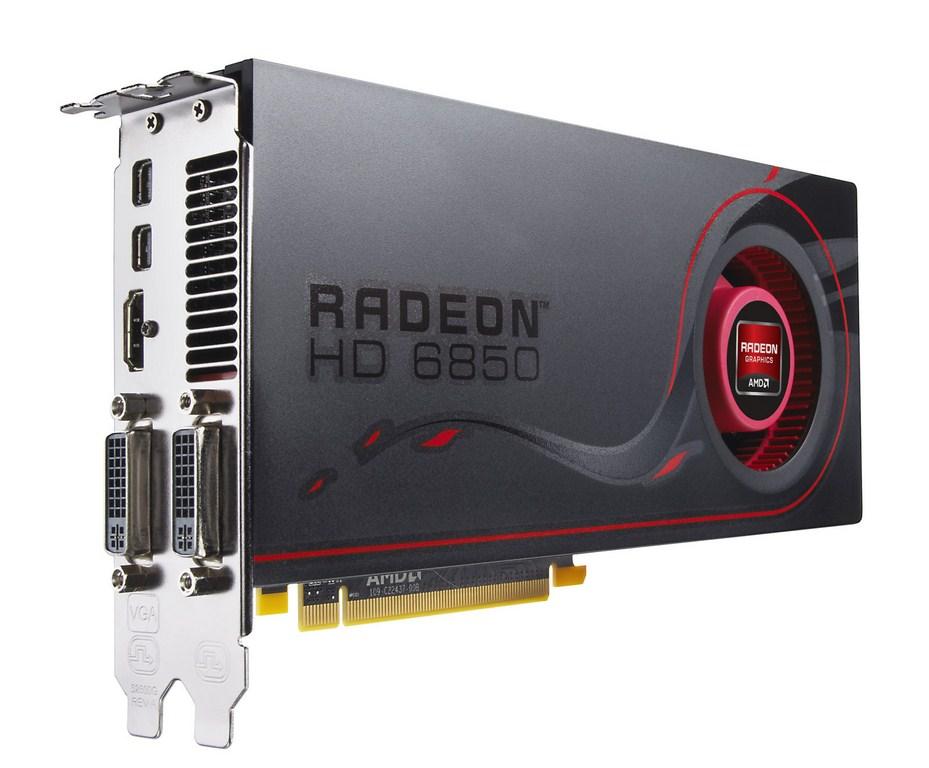 Written by John Yan on 1/24/2011 for PC
More On: Radeon HD 6850 Radeon HD 6870
It’s been a long, long time since we’ve reviewed an AMD card but I think we got a good series to get back into the game. A few months ago, AMD unleashed the latest line in their Radeon graphics card, the AMD Radeon HD 6800 series. I sat through the press briefing during the time and was anxious to try them out. Well, that time’s finally come.

Yes, we’re a little late to the game but we finally were able to pick up a Radeon HD 6870 and a Radeon 6850, courtesy of AMD. Now, you probably know a lot about the latest architecture from AMD so I won’t go into too many details but I’ll do a quick run down of what’s new for AMD.

The AMD Radeon HD 6800 series is being presented initially with two upper mid-range cards. While you normally see the high end stuff first, AMD’s going with the more affordable range first and in a short amount of time, producing the more powerful cards for the enthusiasts to drool over. 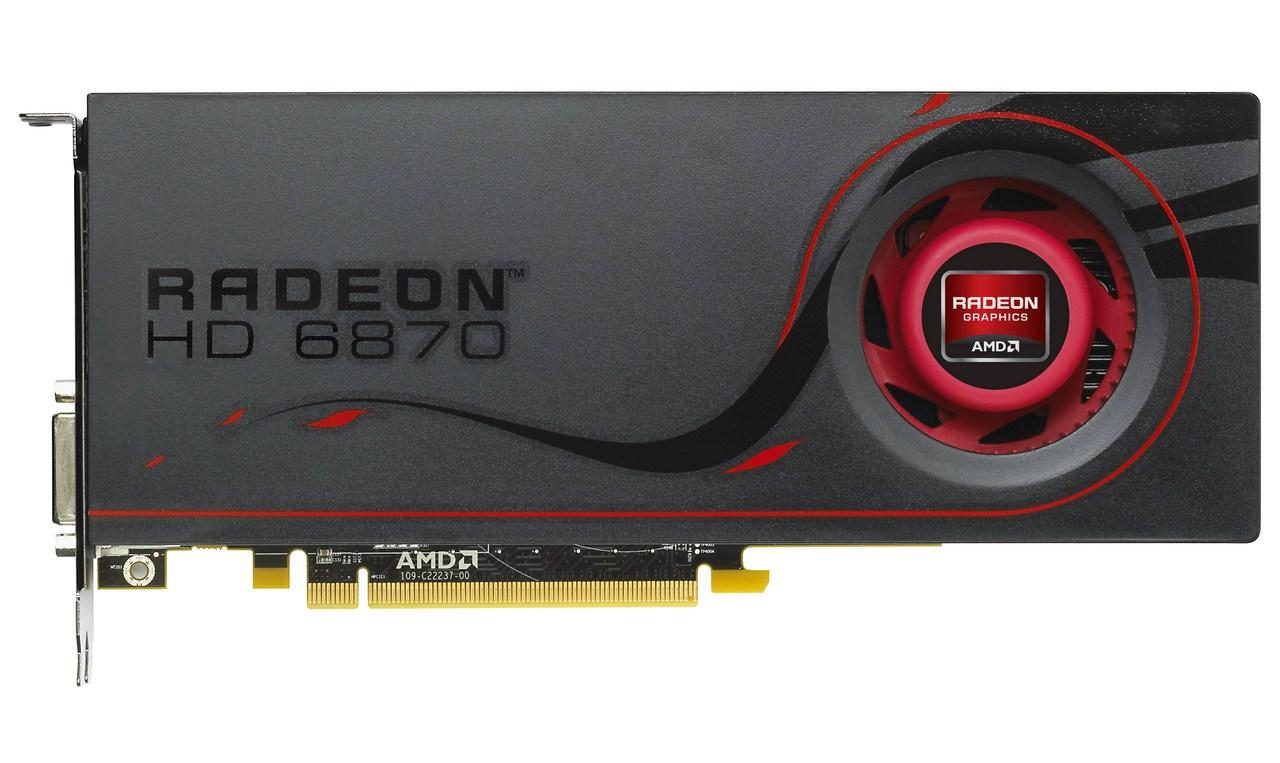 Code-named Bart after an island in the Caribbean, the two cards offer up some nice specs for the price. We’re talking an optimized Radeon HD 5800 architecture here so you know you’re getting good performance using less power and at a lower price. Let’s start with the AMD Radeon HD 6870, or Bart XT. The AMD Radeon HD 6870 runs at 900MHz for the GPU with 1120 stream processors and memory running at 4200 MHz. You can expect 1GB of DDR5 memory on-board but I’m guessing OEMS will offer variants with 2GB of memory as well.

Lengthwise, the card is long but not as long as a NVIDIA GeForce GTX 480. It’s a dual slot card so you’ll be taking up two expansion slots when you put this in your computer. A half-height vent exhausts the hot air out the back of the computer. The reason it is a half-height vent is because the other half is taken up by a Dual-DVI connector.

On the bracket, there are a plethora of connection options. Two Dual-DVI connectors, two Mini-DisplayPort 1.2 connections, and one full sized HDMI 1.4a connector makes for plenty of ways you can hook the card up to a monitor or TV. I love the 1.4a connection option as that lets you have the ability to watch 3D Blu-Ray movies, resolutions far greater than 1080P, high-speed networking capabilities, and other features that you can read more about here.

It’s priced to be competitive with the NVIDIA GeForce GTX 460 1GB cards. At around $240, the AMD Radeon HD 6870 is priced in a very competitive area where it’s not too expensive if you’re looking to get a very good card to run the latest games. 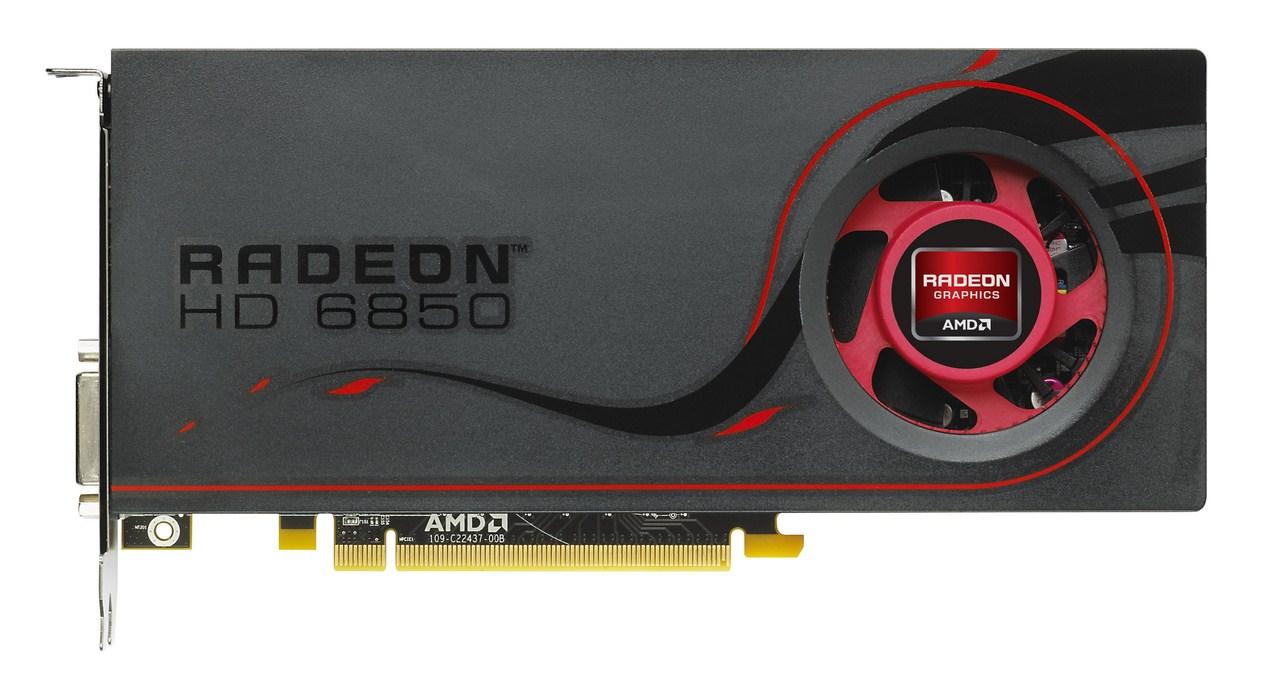 When talking about the physical nature of the Radeon HD 6850, the card is a more normal length card. The bracket is the same as the 6870, where it has two Dual-DVI connectors, two Mini-DisplayPort 1.2 connections, and one full sized HDMI 1.4a connector.

Both of these cards support dual GPU CrossFireX configurations so you can pair only one more GPU together. There’s only one CrossFireX bridge connector and the reason being is that for this is that AMD thinks that with this range of cards, you’ll probably only be seeing dual card configurations rather than the triple card capabilities seen in higher end video cards.

As for other features that come with the 6800 series, 3D gaming is finally among one of them. Rather than offering a complete solution like NVIDIA, AMD is opting to go with third party support such as iZ3D and giving you the choice of what glasses and what monitors to use. Is it the right approach? I say it’s a different approach that I don’t mind seeing. Just as long as you get a good experience out of it, I’m all for choices and the more the better.

DirectX 11, is of course, supported and the 6800 series has improved tessellation. You know, the feature where it takes a lower-polygon model and combines it with a displacement map to generate a more detailed object while using less bandwidth to achieve a higher polygon count model. AMD was first the market with DirectX 11 cards and they’ve been supporting tessellation, a major feature of DX11, for a while now so they’re no strangers in this area.

If you’re into multi-display setups, Eyefinity is made for you. Up to six displays can be driven by just one card whereas those that want more than two displays with a NVIDIA card must shell out the money for two of them. I saw a six monitor Eyefinity setup at CES last year and it’s quite an impressive visual experience.

AMD also has their own parallel computing technology that companies can take advantage of. GPU compute lets you split up tasks into multiple threads and use the graphics card to operate on them independently garnering a faster processing time instead of a linear computing approach. One prime example is video transcoding, a process that can by separated into multiple parallel processing tasks and fed through an AMD Radeon card to be worked on by the stream processors inside where it would take less time to complete than if you just used the CPU for this task.

I don’t have a GeForce GTX 460 to test the two cards against, but I can run it against the GeForce GTX 480, which is around $200 more than the Radeon HD 6870 and around $260 than the Radeon HD 6850 to see how well the upper mid-range cards stack with a higher end NVIDIA card. Here, we’ll see if the card offers a good performance for the price it’s set at as AMD’s really emphasizing the 6800 series’s bang for the buck.

To test the cards, my system consists of:

The first benchmark is the newly released 3D Mark 11. Futurmark’s newest synthetic benchmark takes a card through its paces and is geared towards DirectX 11 performance. There are six new benchmarks utilizing various DirectX 11 features as well as a whole other suite of CPU tests.

Now let’s get to the games. All the games were tested at a resolution of 1920x1080. Up first will be one of my favorites, Left 4 Dead 2. I recorded the end of Dark Carnival with my character being on God mode. Tests were run using the replay system of the game and three playbacks were done. What you see is the average of the three playbacks.

Just Cause 2 is up next and I’ve used the built in benchmark program here. Again, three iterations were done with the average shown below. I used the Concrete Jungle benchmark here where it does a flyby through a city area while adjusting the daylight that’s casted.

The Heaven Benchmark using Unigine is up next and this test known for its DirectX 11 visuals using tessellation. The benchmark was ran three times with the scores averaged out.

For the next test, Mafia II was ran with PhysX turned off. Since PhysX is a NVIDIA specific feature, I decided to leave that off for the tests. The benchmark runs through a level with a few characters and as with the other tests, three runs were done with the average presented.

Something new to the suite of tests that I am using is F1 2010. This racing game is another game that uses DirectX 11 and as with some of the games I used, a recent patch added a benchmark where it runs through one lap around the track. The action is a little different each time, but the result seems to be pretty consistent. The benchmark only uses integers for the average framerate, but averaging the scores out can produce decimal numbers.

Finally, Call of Duty: Black Ops is presented and since there’s no built in benchmark, I decided to use Fraps to record the performance. I ran the beginning of the Khe Sanh mission where you get driven around in a jeep before all hell breaks loose. Since this part of the game is pretty repeatable, I decided to use the beginning up until you drop Hudson near the bunker.

As you can see, depending on the game, you get performance from the two AMD Radeon 68XX cards that sometimes rival a card that’s over $200 more. Now, the newer games will show a bigger gap with the GeForce GTX 480, of course, but you get some pretty good speed from both cards and they are both priced very reasonably. I was very happy with the performance of both when compared to a much more expensive GeForce GTX 480. You definitely get a lot of bang for your buck and I wouldn’t hesitate putting in one of these into one of my main gaming rigs. 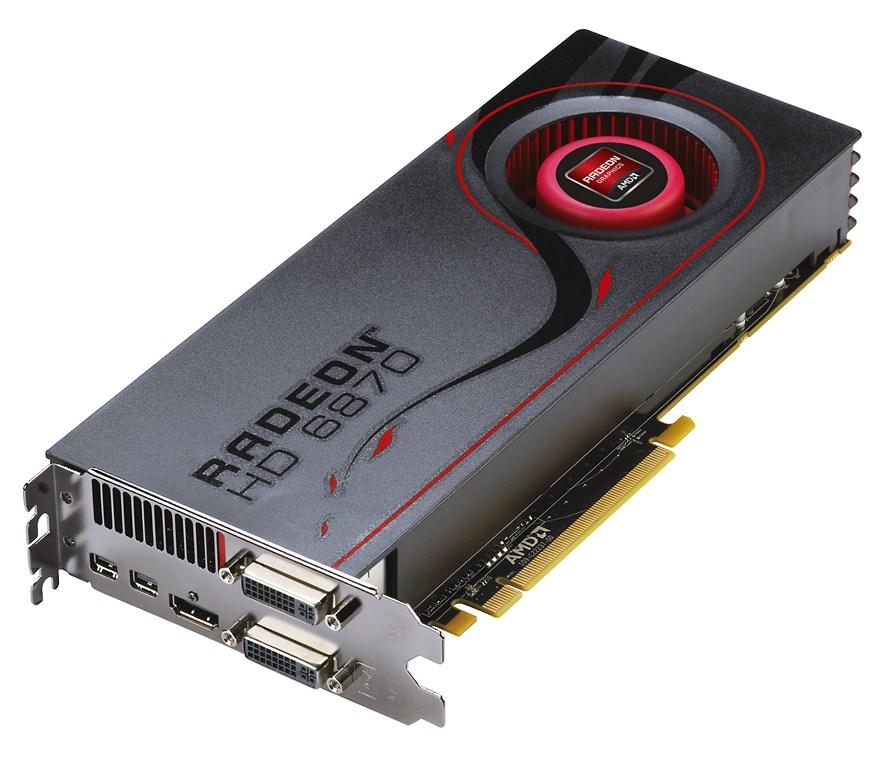 With the two cards, support for the new Unified Video Decoder is there if you want to use the cards in a media center setup. Hardware acceleration will be available for decoding 3D Blu-Ray and DIVX.