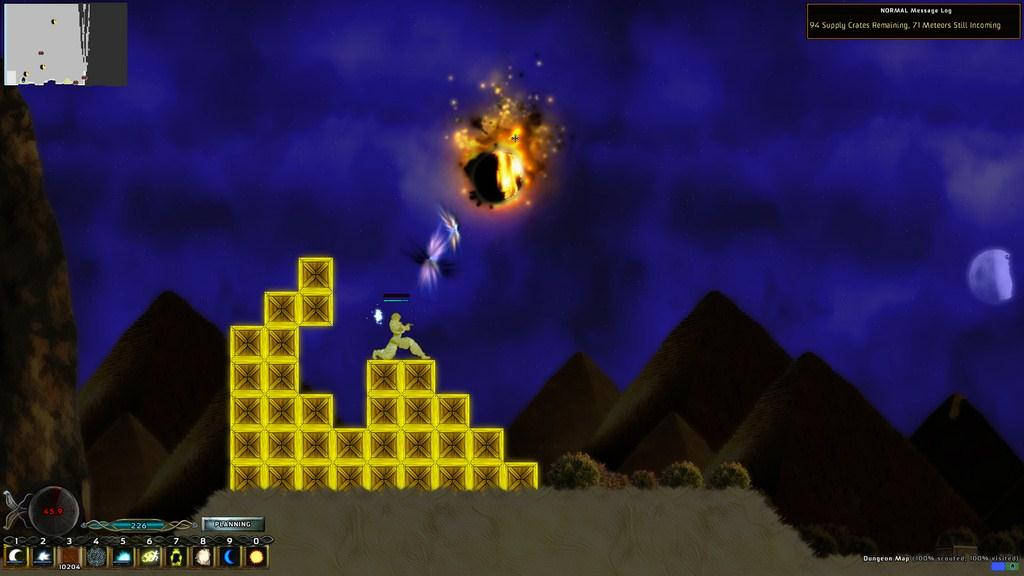 A Valley Without Wind

Written by Kyle Smith on 7/17/2012 for PC
More On: A Valley Without Wind
When I was first given this assignment, I came in expecting a lot more on the graphics side of the game. While three dimensional games have dominated the market, we’re seeing side-scrollers that are looking better and better. They’ve been able to pull off a stylish flair to make up for the lack of a third dimension so we don’t feel like we’re still playing games in the 16 and 32 bit eras. Unfortunately, Valley doesn’t have the charm I wish it did. The look to the game was very boring and didn’t catch my attention at all. I felt like I was playing a game a Flash artist made and posted on Newgrounds to pass the time opposed to something I have to spend hard earned cash on.

The game is very simple. The controls are very easy which is discussed further into the review. Your attacks are performed through spells which you can either find or create by having certain materials. You have a vast array of spells, both for up close and long range attacking, at your disposal.

You have three primary attributes: Health, Attack, and Mana. Health increases your HP which just means you can take more hits before you die. Attack increases the damage you deal with your spells which makes defeating enemies quicker with a higher attack percentage. Lastly, Mana is used for casting spells and determines how long you can spam a spell or how quickly you can recast one. These attributes are upgraded by spending Upgrade Stones by simply right clicking the item.

You travel the world by foot, exploring the vast world, caves, settlements and buildings. Along the way you’ll find most of the environment can be destroyed with fire spells to salvage materials. Trees, rocks, mushrooms, crystals and other pieces of the environment can be destroyed. You’ll find other items that have uses like platforms which you can drop almost anywhere to move across the screen. You can also drop crates and find unique items that make navigation a little easier: a scroll that can turn you into a bat and a teleport to the area select screen.

I find it hard to give Valley many good merits but the world is huge with sprawling screens that allow you to run and jump to your heart’s content. Between settlements there are massive maps to travel through. Then on most maps you can find caves that allow you to explore them and delve deep into the earth. The caves are even tiered, providing more challenging opponents as you progress deeper and deeper. You’ll encounter bosses along the way and find rarer materials to collect.

Throughout the game there are warp holes which allow you to travel quickly between areas so you don’t have to walk across the entire game if you want to go somewhere. On the surface, even inside the caves and dungeons, you’ll find houses and buildings to explore which are as massive and complex as the tunnels in the caves – a little odd but it may appeal to your tastes if you enjoy exploring. In addition to the normal buildings, you’ll encounter mission areas. These require you clear out enemies in a tower with bosses on each floor, allowing you to find plenty of loot along the way. 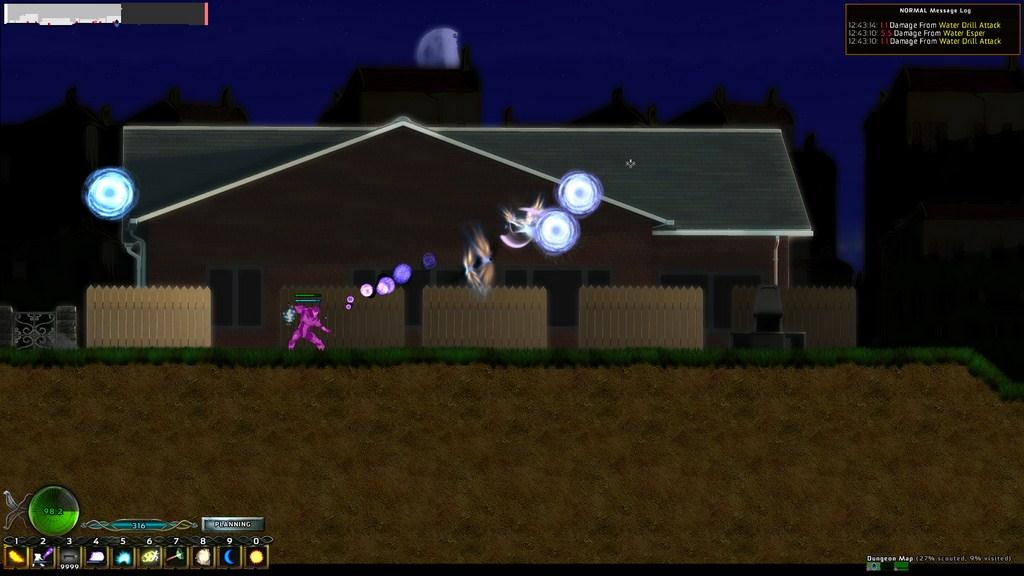 Valley was a hard pill to swallow personally. I found while playing the game I hit a wall and I hit it hard. Valley lacks a defining plot and story that gives you cause to be interested in the game at any level. It wasn’t until my second session that I stopped and read the scrolling text on the main menu to get any idea on what the game was about. You’re playing a Glyphrunner – an individual charged by someone wiser than you – who risks their neck on behalf of settlements to ensure their survival (it’s a post-apocalyptic world, remember?). You collect materials while exploring like lumber, minerals, and other various odds and ends on behalf of these settlements.

However, having spent many hours mindlessly exploring the world I didn’t find a way to spend the materials I found. According to the game you spend the materials to upgrade the settlements but when in a settlement, I couldn’t find a way to utilize the materials I found. The menus on the game did not feel informative and with nothing but walls of text to guide me, it just continued to fuel my frustration and make me loathe the game further. You would think game developers would know by now that players generally don’t read in game text in this day and age.

Combat felt very repetitive as I just shot enemies with spells until they died and jumped to avoid getting hit. Over time I eventually avoided fighting altogether if I could – I really had no incentive to fight. They didn’t drop anything valuable or beneficial for the progression of my character. Only if my health was low would they yield anything. Upon killing en enemy health orbs were dropped that automatically went to my character and healed him.

While exploration is the biggest part of the game, it became as stagnant and boring as several other aspects. Seeing and exploring the same environments that were large for no good reason without getting any tangible reward just made me wonder why I spent thirty minutes exploring a cave. Sure, I would find minerals and even special orbs that improved my character’s attributes – but why? I was all alone in this world with no NPCs outside of the settlements to interact with. I did encounter a mission where I saved an NPC but I had to fight through a horde of enemies without thanks from the hapless fool who would have died without my valiant aid. 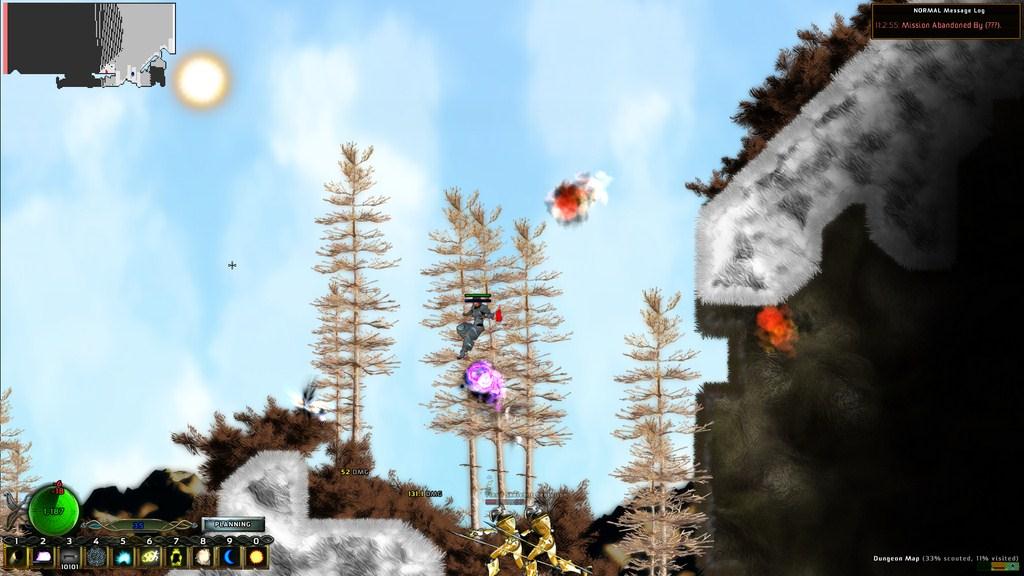 At character selection you’re told not to get attached to your character because he will die – and it’s not a matter of how, but when. I played the game on the default difficulty and didn’t encounter any real life threatening encounters. I’ll tell you now I didn’t get attached to my character. While he had a predetermined name and attributes, he was the strong silent type and didn’t say a word throughout the game. That’s fine and all (it works for other games), but there wasn’t even any real background to the character – I think it was just a matter of selecting the character you wanted to play based on their starting attributes.

Another one of my peeves with the game was how when I went to my menus the game continued. So, if I was looking at my inventory an enemy could walk right up to me and kill me – I really wish the game would pause at that time. You had to make sure you were someplace safe before you messed with them.

I’ve played games that don’t necessarily have high quality graphics but in the very least, they’ve been able to creatively use what they have. The environments lack a diversity to make you want to explore them when map after map it feels like you’re in the exact same place. It took me a while to find different environments to explore but once you’re in a specific area, there’s nothing much to expect but that same looking environment for a long time. The enemy models were all largely the same with variations of robots shooting fireballs and chasing me with spears. It wasn’t until I found the different environments that I realized there were more than robots – I found rhinos and floating balls of light, which was an odd combination. Regardless, each environment had a few enemies which were on every stage. 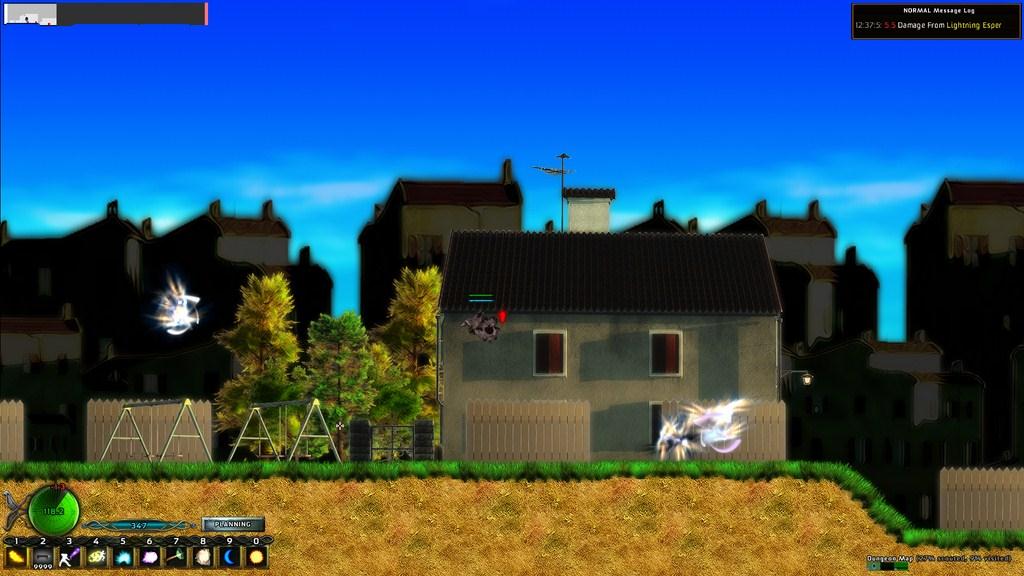 Sometimes I’d encountered a giant robot or a pair of fast flying bats who were deemed the boss of that area. I quickly realized that the bosses were all the same in a given environment which didn’t make me excited about fighting any of them. Boss fights in games are supposed to be memorable and I can assure you, when they all look the same they just became speed bumps on the road to nowhere. Fighting the exact same thing over and over got boring quickly. They could have at least changed the colors of some enemy models to give the illusion that there were different types of enemies.

I found while playing Valley that the soundtrack seemed very repetitive. There was really no layering to the soundtrack beyond the background music, your character walking, casting spells, and whatever was attacking you at the given time. Caves, houses, dungeons, and settlements had their own background music but most of the over world that I traveled lacked any sound at all. I found some of the beats to be a little on the techno side and definitely reminded me of some classic eight bit tunes. After mindlessly exploring caverns you get tired of listening to the same looping track. On the plus side, for the duration you fought a boss the boss’ theme was exciting.

Valley is a platformer at heart so the controls are simple. Movement is assigned to the A and D keys, left and right respectively. Jumping is conveniently assigned to the space bar and the mouse is used to direct attacks. The left and right mouse buttons trigger different abilities you can assign to a bar as part of the HUD in addition to the number keys. Overall the controls are very fluid and work well for the game. I had no problem maneuvering my character around the screen as I navigated levels and combated the enemies. I personally didn’t have any problems with the controls for the game and don’t see where they could be improved. Overall, the controls work fine.
Valley lacked any redeeming fun factor to make up for the time I spent playing the game. While the game offers plenty of opportunity to explore a wide world, there is no real story that explains where you are going or where you are. At times it becomes mind numbing and you forget what you are doing. With a lackluster soundtrack to the game, nothing that makes the world interesting, and finding every dungeon and building having more rooms than it really needs it makes you ask, “Why?” At the beginning of the game you were told what not to do by messages on grave stones but after that there was no further direction. The game really needs more guidance without forcing the player to read through walls of text. A little voice acting can go a long way. It’s a giant sandbox and you’re basically told to go play but after a while you get bored of making sand castles. A defined story with motivation and incentives to explore everything would make the game more worthwhile. Like I said, it became mind numbing and I couldn’t help but want to do something else. Overall, I did not enjoy the game. It was too painful of an experience to find any redeeming qualities – if there were any at all – to continue playing the game. Valley is not worth the $15 price tag – it’s more suited for a .99¢ iPhone app store purchase. Your mileage may vary.

I've been gaming since I can remember, having had an NES in my house with classic titles like Punchout, Excitebike, The Legend of Zelda, Duck Hunt, Metroid and other great games. My favorite system is the SNES and I'm an avid collector of old school games. Personally, nothing beats a great 16 bit game. I'm part of the Ohio Army National Guard and currently deployed to Afghanistan. I'm happily married to my beautiful wife Tessa and spend my days working hard, working out and gaming.
View Profile