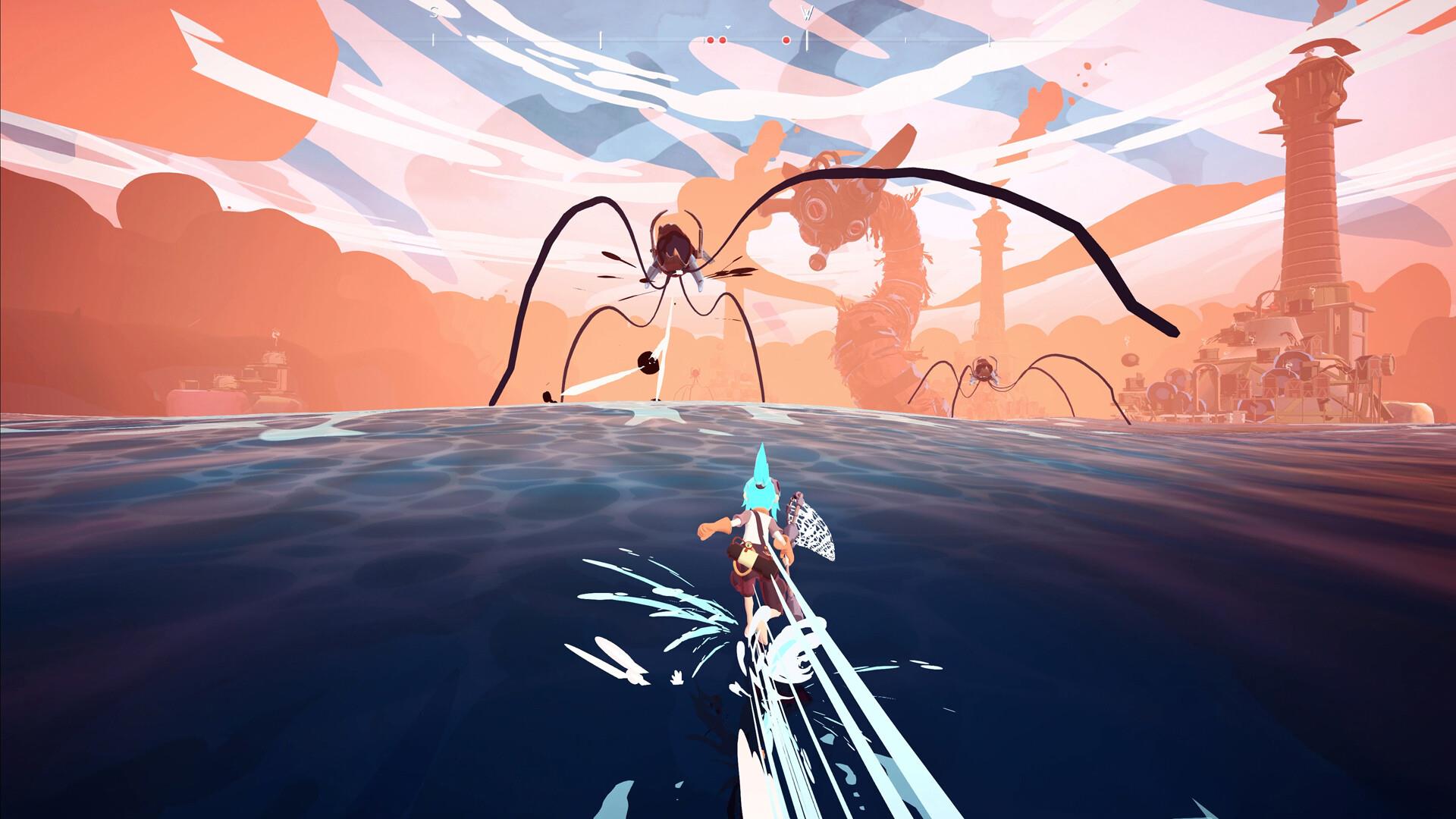 Did you know that publisher Thunderful Games partnered up with Google to make a game exclusively for the Google Stadia back in 2020? That game is none other than Wavetale, a beautifully drawn third person action adventure title focused on storytelling and character development. Originally released back in 2021 exclusively on Google Stadia (rest in peace) to generally favorable reviews, Wavetale is fortunate enough to swim over to major platforms after Google decided to pull the plug on its cloud streaming service earlier this year. It’s a shame that this game fell under the radar for many and didn’t get much coverage due to the exclusivity contract. Hopefully now more people will now learn about this wonderful little indie game that excellently meshes together platforming and light combat with open world exploration, whilst tackling some important underlying themes.

You play as a young girl named Sigrid living on an island with her overprotective and sassy grandmother. Wavetale is set in a flooded world where land is scarce and most transportation is done via ship. A mysterious fog-like entity known as gloom starts to envelop and swallow remaining settlements and it is up to you to embark on an adventure to save the world! Equipped with a technologically advanced net, you must combat the muddy creatures that have surfaced whilst collecting energy orbs to power up machinery to keep the fog at bay. A shadowy figure under the water that almost seems like a reflection of you enables you to surf and glide over the water, and serves as your method of traversal throughout the game. 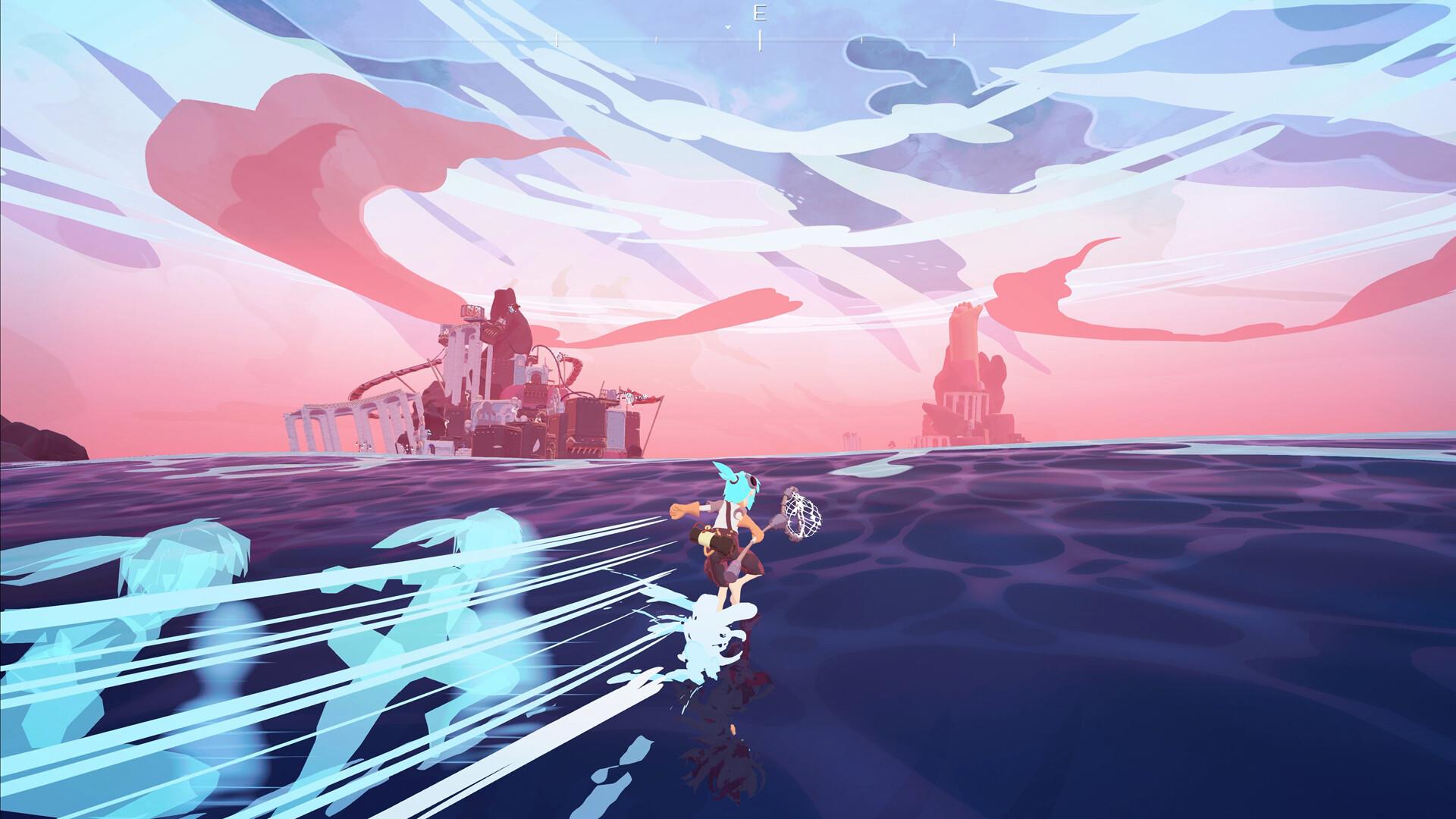 Along the way you meet a wide cast of memorable characters, each with their respective quirky personalities. From pirates to sailors, there are many characters with exciting stories. The narrative will have you long thinking about the themes brought up even after the credits roll. You see, Sigrid is an only child who has lost both of her parents. That’s why her grandma is so overprotective and strict. The one line that stuck with me is Sigrid’s reflection on her grandmother: “Sometimes she acts as if my future is already in the past.” Thunderful Games has written an endearing story about self discovery, family, and ultimately our lasting impacts on the environment.

Gameplay follows a traditional open world format, where there is a main objective to tackle but also side quests to partake in and optional collectibles to find. It’s the tried and true formula that gets the job done, and Wavetale does a great job at letting you know what to do next. Movement mechanics feel incredibly smooth and intuitive, with Sigrid being able to double jump and glide with her net in a funny and cute helicopter motion. Traversal through the open waters feels immensely satisfying as well, as frequent ramps or springs are placed throughout the world that allow you to grapple to and from. Timing a jump while surfing on the water provides a boost and can also be chained with the aforementioned mechanics. Everything just comes together in a way that makes gameplay feel fluid and intuitive. Combat, albeit limited and barebones, is not the focus of the game at all, although you do have the ability to chain together some basic combos. 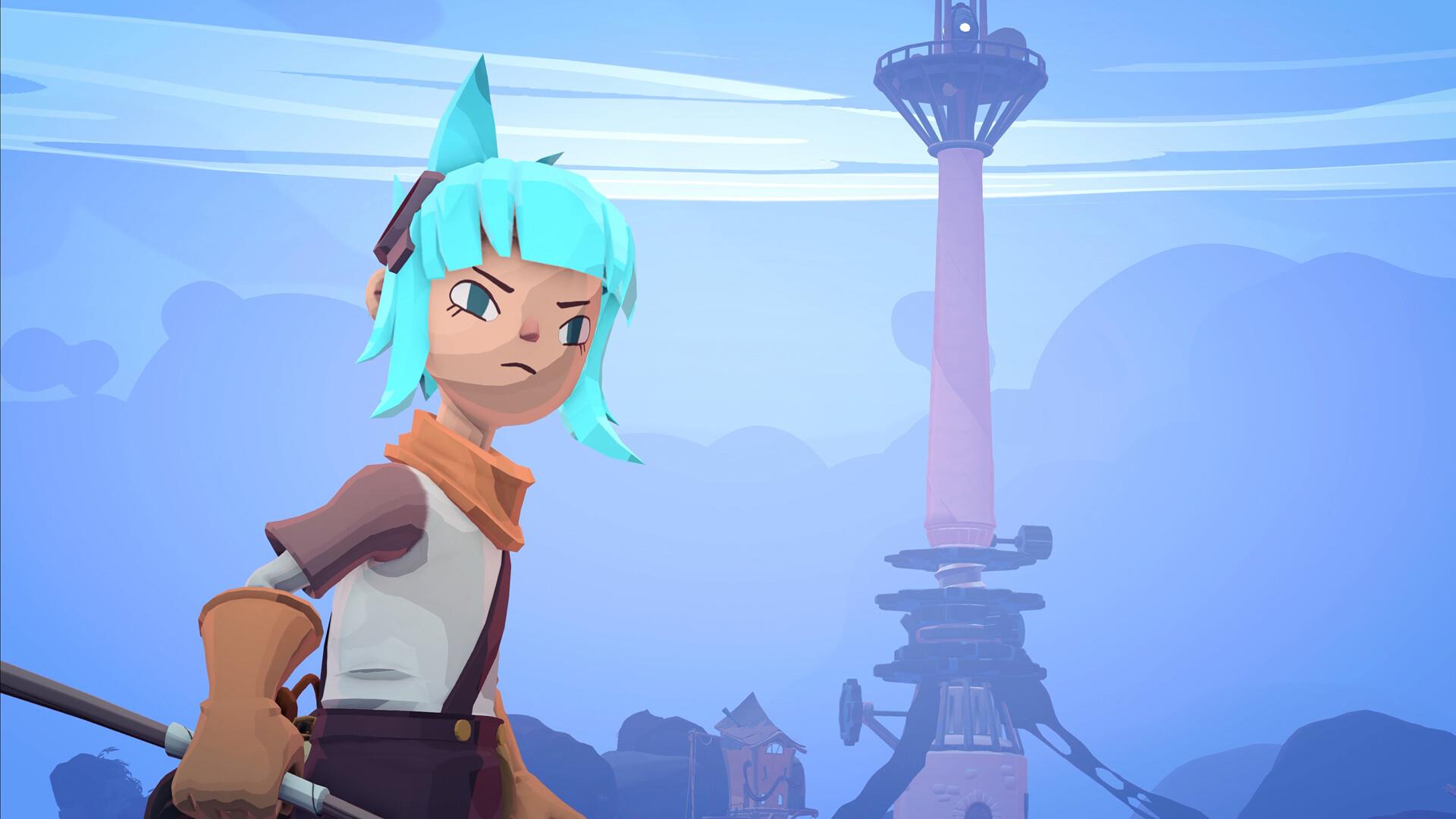 The excellent art direction and soundtrack are what truly bring Wavetale to life. The vibrant yet relaxing colors combined with a cel-shaded effect create a charming animation style. Everything, from the characters and islands to the ocean and the sky, is drawn with a pastel palette that induces calming effects. The overall experience is further enhanced with the incredible composition created by Joel Bille. His usage of flutes and horns, among other instruments, sets just the right mood no matter the moment. What better way to accompany an emotive adventure than with an equally emotive musical score? I want to mention that the game is voice acted as well, although not for every line, and I especially liked the performances put on by the actresses behind Sigrid and her grandma.

Though it may not be needed, Thunderful adds in a slew of cosmetics for you to unlock for Sigrid, which include different hats, clothes, and hair colors. It’s not game changing, but is a nice added bonus for those that want to spend their collected currency and deck Sigrid out in some fashion. For a game that promotes exploration, it’s important to have a sense of purpose to stray off the main path. 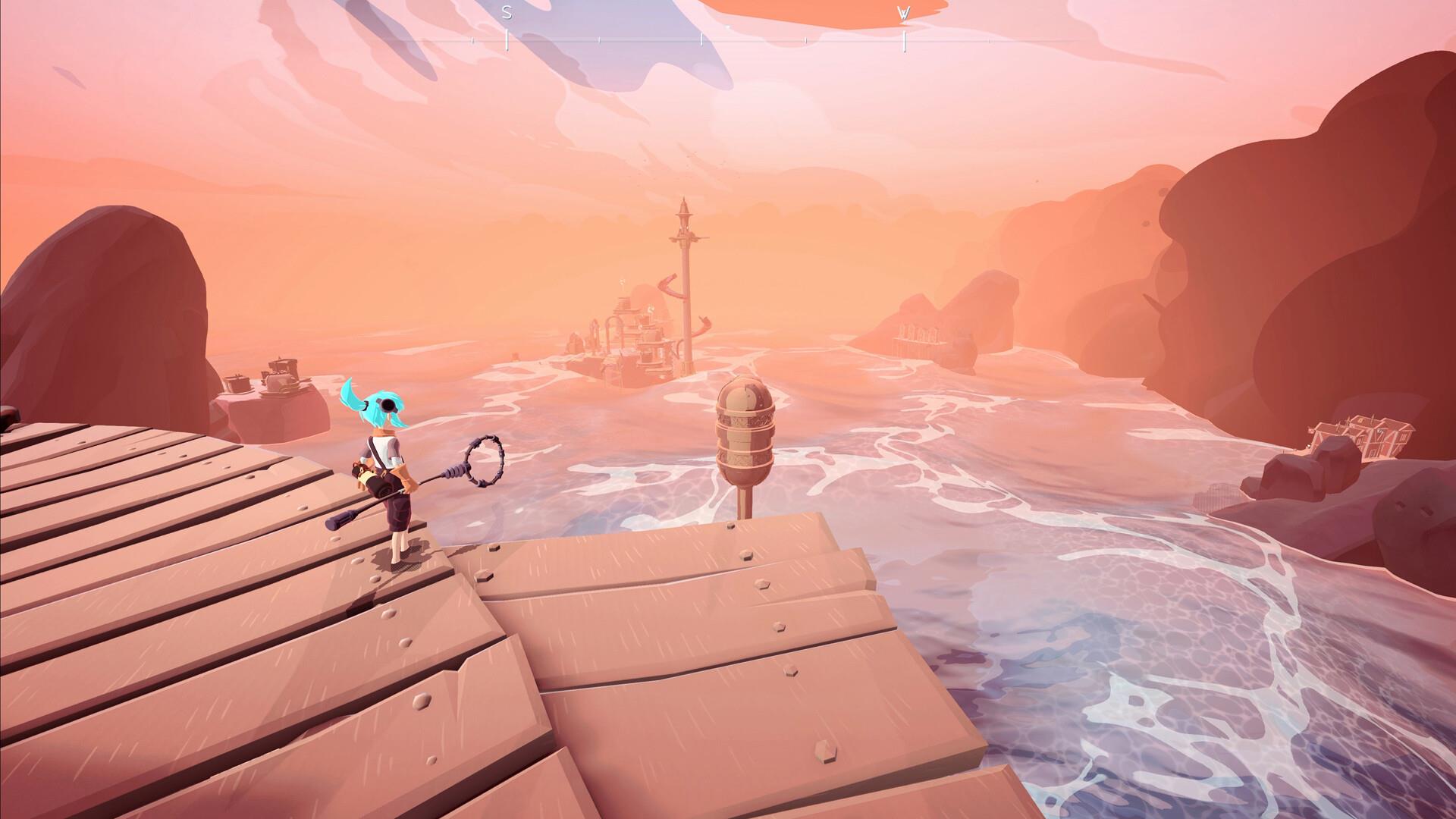 This is not a game without faults either, as I did run into my fair share of frustrations during my 4-5 hour playthrough. The immediate thing I noticed was how incredibly long load times were on the PlayStation 5 native version. It took more than twenty seconds to load into a level and just as long to load back out to the main menu. This isn’t a deal breaker but definitely a minor gripe that stood out considering how fast the PS5’s SSD usually loads games, even on backwards compatibility. The other major annoyance that I faced was a consistent lack of audio feedback during gameplay, especially when attacking. I would be performing an action in complete silence, with no haptics on the controller nor anything coming out of my speakers. I’m not sure if this was intentional given the calming and relaxing nature of the title, but it definitely took away from the overall immersion.

Thunderful Games has created an engaging yet zen-like experience that introduces us to some endearing characters in a short but sweet adventure that doesn’t overstay its welcome. I’m so glad that more people can learn about this rare, previously Stadia-exclusive indie gem, as this is the perfect title to cozy up with on a weekend. Sure it doesn’t have that triple A polish, but what it lacks in budget, it makes up for with a lot of heart. Wavetale is genuinely a wholesome and relaxing game that I recommend everyone check out.

It’s truly a blessing that Thunderful Games has brought Wavetale over to all modern platforms after Google put Stadia in the tomb. Wavetale tells a heartfelt narrative filled with beautiful visuals and a soothing soundtrack in an open world experience that’s short and sweet.