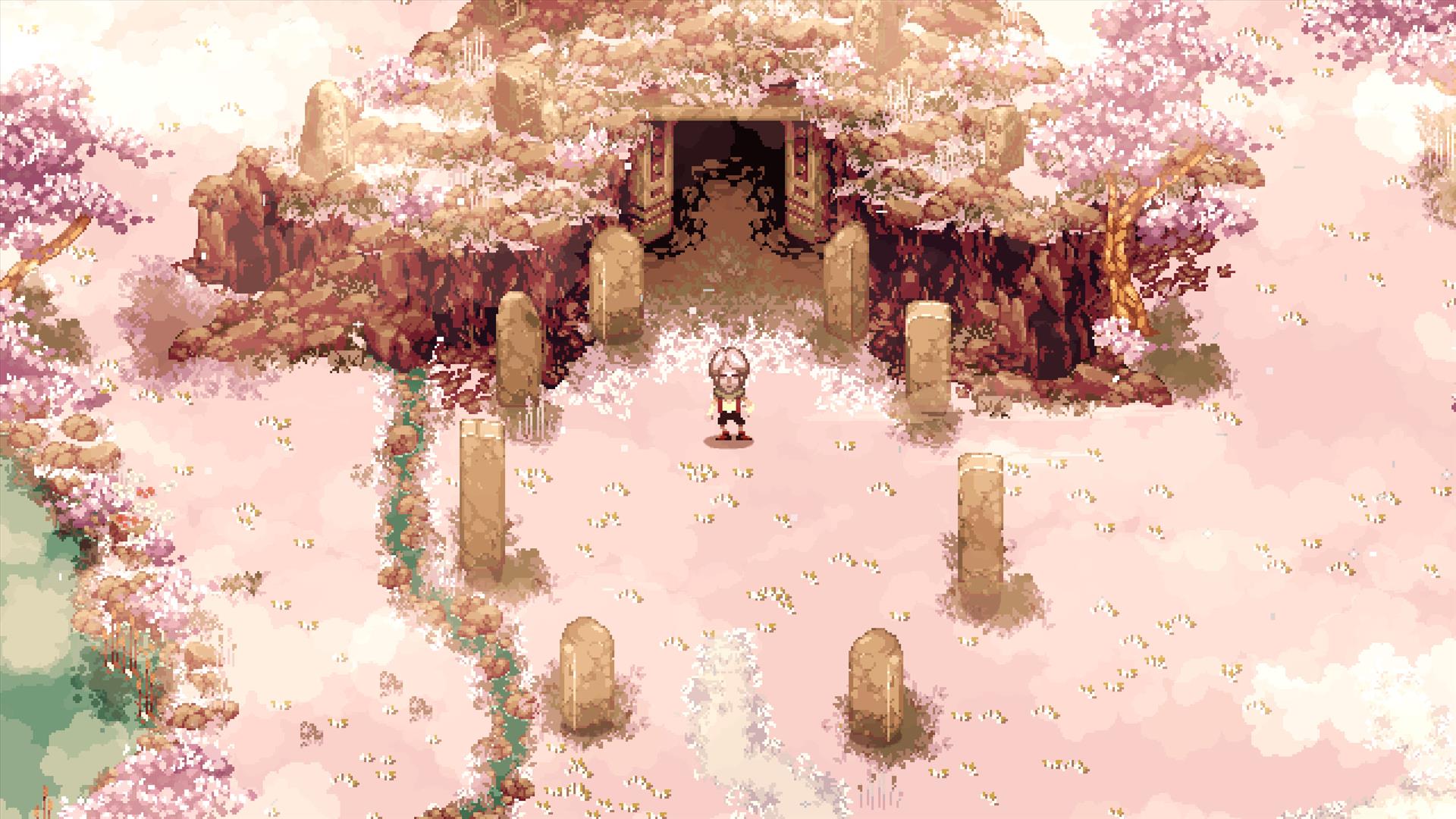 I was immediately blown away by the look of Kynseed. The pixel art here, with the exception of the main character, is excellent. The attention to detail put into how Kynseed looks does not go unnoticed. I love when seasons change; giving a new look to the already beautiful art. The sounds of Kynseed are also great. Music is something I rarely notice, especially in a sim-style game, I find myself listening to podcasts or my own music while I go about in-game chores, but this one felt different. The music feels like another NPC, always there to help provide the right context for what is going on in that area at a given time.

Kynseed is hard to review. If you’re even remotely interested in playing, I suggest reading multiple reviews and then averaging them out to see if this is your cup of tea. There is so much to do and experience that one reviewer isn’t going to give you the whole truth. If you only play for five or six hours, we might have a similar take, but give it ten or twenty. It will be a whole different story from person to person. I found myself leaning toward the dungeons and farming. In the future, I want to focus more on running a business in Kynseed. Where you go, what you do, and what you decide to focus on can dramatically change your experience. 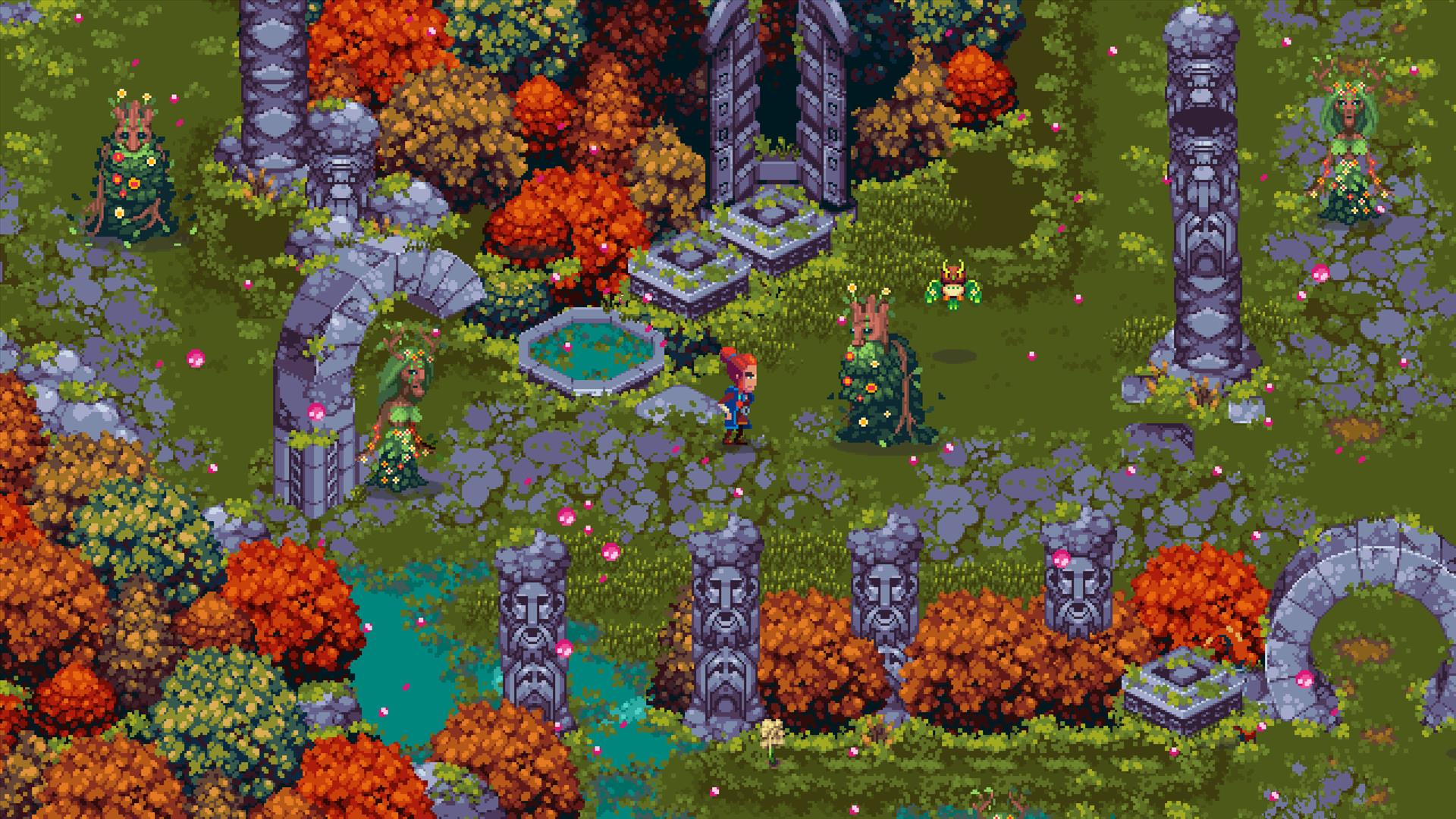 Kynseed begins with you and your twin sibling being in the care of the old lady who lives in a shoe. Are you familiar with the old rhyme? There was an old lady who lived in a shoe; she had so many kids she didn’t know what to do. Then one day your uncle comes to take you to Quill, where you’ll live with him, helping take care of the farm. You can explore, cook, do whatever your heart desires. Early on, you spend most of your time exploring Quill, taking on small tasks for your uncle or locals in the village, and generally learning about the immediate area. During this time, you’re learning how to play the game. Everything has to be discovered by you; if it takes you a day or two in-game to do that, then that’s what it takes.

I loved the controls for Kyseed; this game really should be played with a controller. The controls for talking to NPCs, the menus, and shortcuts, all work great with the controller. I was able to do so many tasks without having to go diving into menus to pull up the correct item. Talking to and interacting with NPCs also feels better than usual. Having options pull right up after talking and making a selection with the D-pad works well. While I feel like most of the dialogue is short and not too full of life, I still enjoyed how I interacted with people in-game. Farming life sims that add small quality-of-life features like this help push the genre to be better in the future, something I love to see.

There are so many pathways to play, with six skill trees to work through. I guess you could say you've finished the game once you’ve worked through all six. I did not get through them all, I don’t think most people will either before finishing their time with Kynseed. That’s not a bad thing, there’s just so much heft to the game. There is so much to do that I think most people will walk away from the game before they see every piece of content created for it.

This holds true for a lot of these sim-style games. Eventually, you feel like you’ve spent enough time in that world and call it a day, and Kynseed feels the same way. Kynseed requires a lot of time invested in learning how all the systems work. You’re not told how to deliver milk to people, just that it needs to be done. I found myself frustrated, mostly early on. For example, I knew I needed to visit someone up north, but how far up north? Cross a bridge? There are too many to count. Go buy a pail, but which one is a pail, and which is a bucket? But Kynseed wants you to find all these answers on your own, and eventually, you do. That still made for some early growing pains while trying to get my footing with the game. 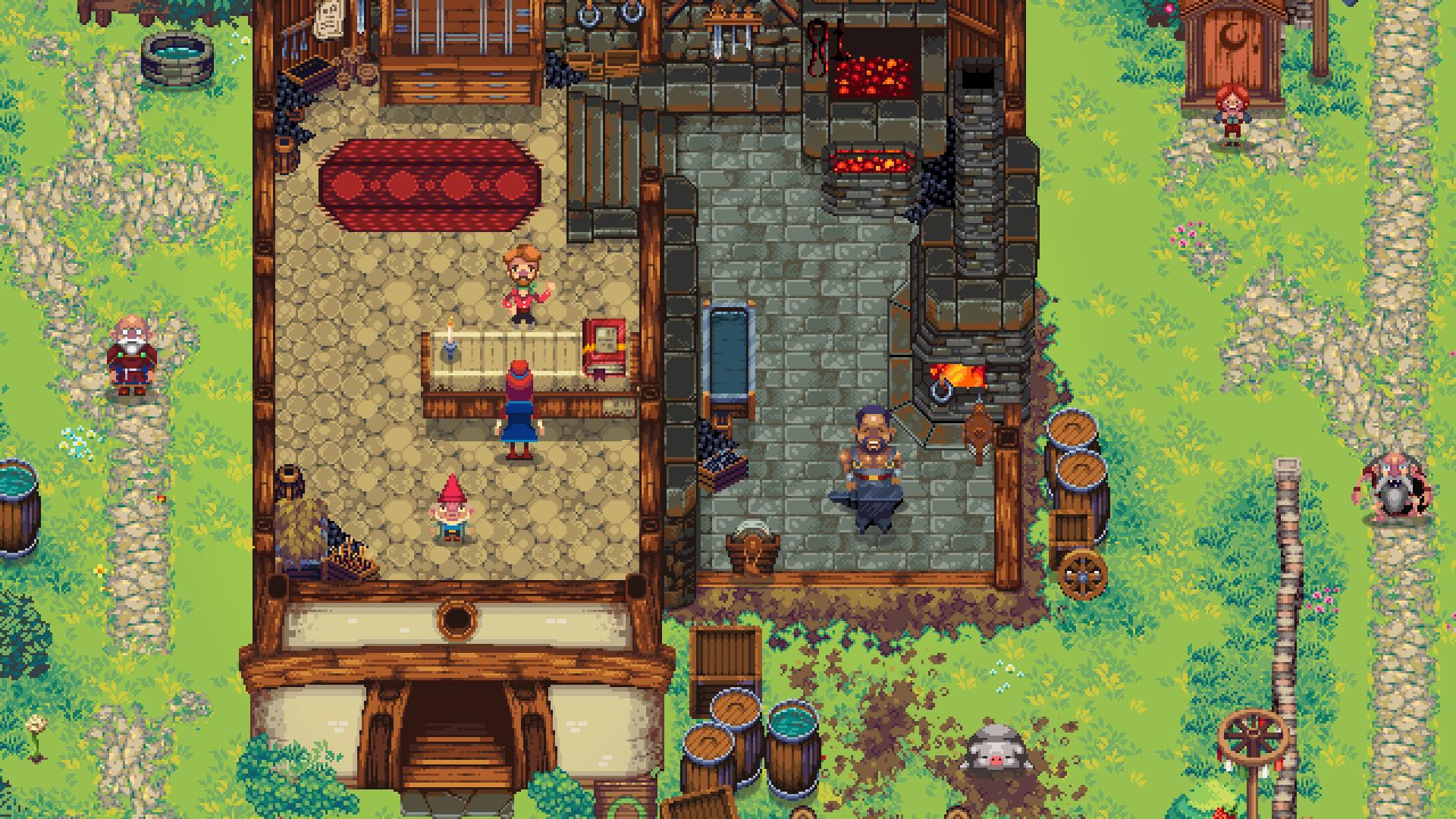 Combat was surprising with Kynseed. I did not expect to be blown away by how much detail has gone into it. Early on there is very little, but once you get to the meaty goodness of Kynseed, you can see it shine. You decide on the fly which enemy and direction to attack, and even choose the type of loadout you want when going into a dungeon. I found the combo systems of fighting to feel rewarding too. Combat isn’t the only feature that feels deep, they all do, at least for the first handful of hours. Cooking, blacksmithing, gardening, all have had a lot of effort put into them by developers to feel full of life. The amount of food that was given as an option to cook stews, soups, sandwiches, jellies; the options felt overwhelming early on before getting a better handle on them.

Those growing pains come and then go. Once I got my footing, my furstration fell mostly by the wayside. I love that there are no wrong answers to how to play. If you want to stick to dungeon diving, you can, you can prep for it, you can have your spouse prep for you, or you can even send your spouse to go dungeon diving and you prep for them. That there are so many different ways to tackle one component alone is unique among life-sims, or at least, it not done as well elsewhere. 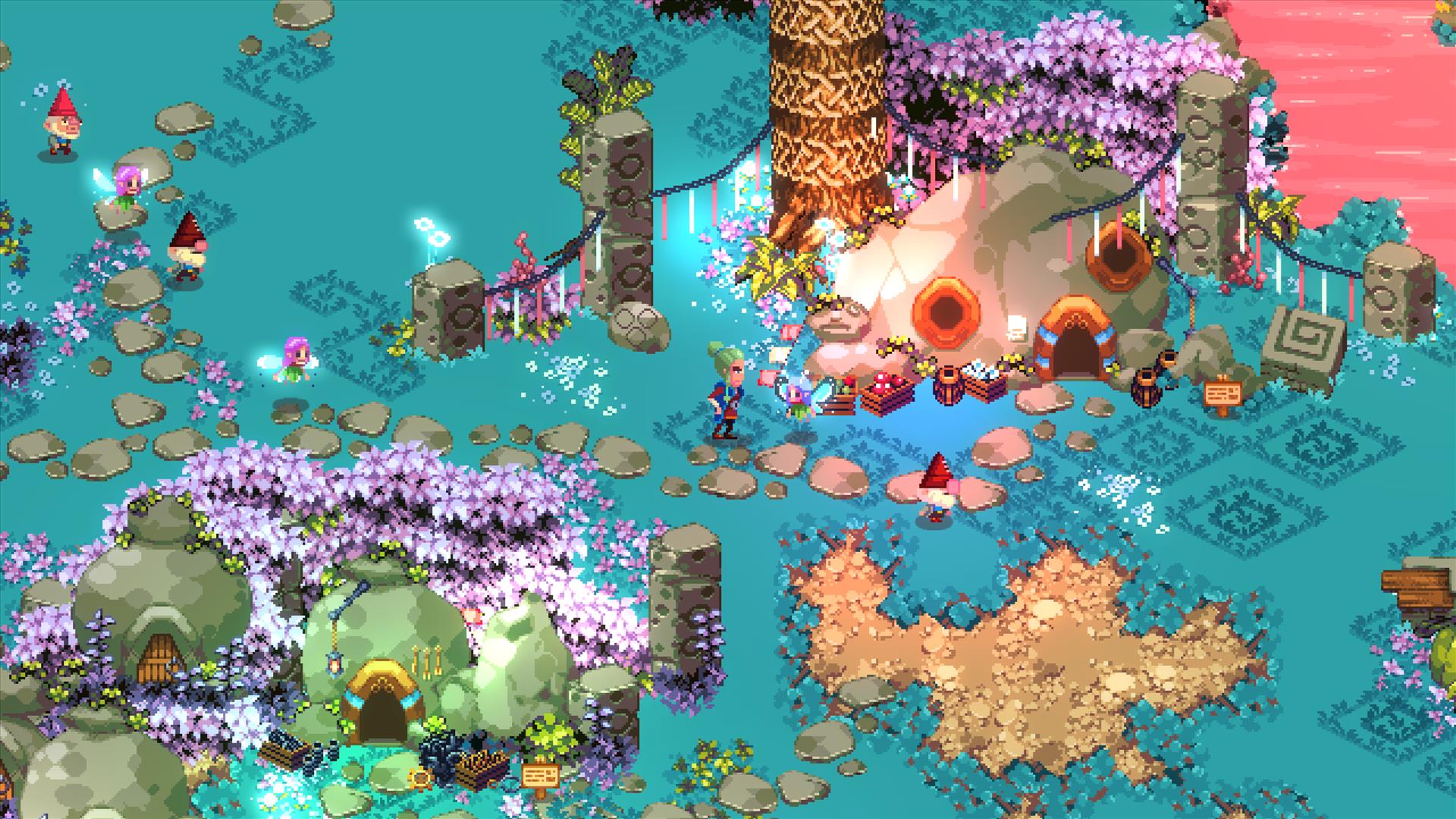 The more I played, the more issues started to show up. Once you invest hours into something, cooking, gardening, whichever of the six trees you spend the most time in, you start to see that there are in-game hiccups. Some are minor, others feel like they really detract from the game. I’m sure many of them will continue to be patched out even as Kynseed makes its way out of beta. But problems are everywhere.

For example, some items I can deliver without issue, others I can’t give to the people who are asking for them. Kynseed just won’t let them take what I'm offering. Sometimes my character floats in the air, usually when I wake up. I had frequent issues with blacksmithing, the mini-game would bug out on me all the time. Some issues don’t present themselves until you are far down the tree, others happen early on. I never had an issue with my save file being corrupt, so when any shenanigans started I could close out my game and restart from the previous day’s save. 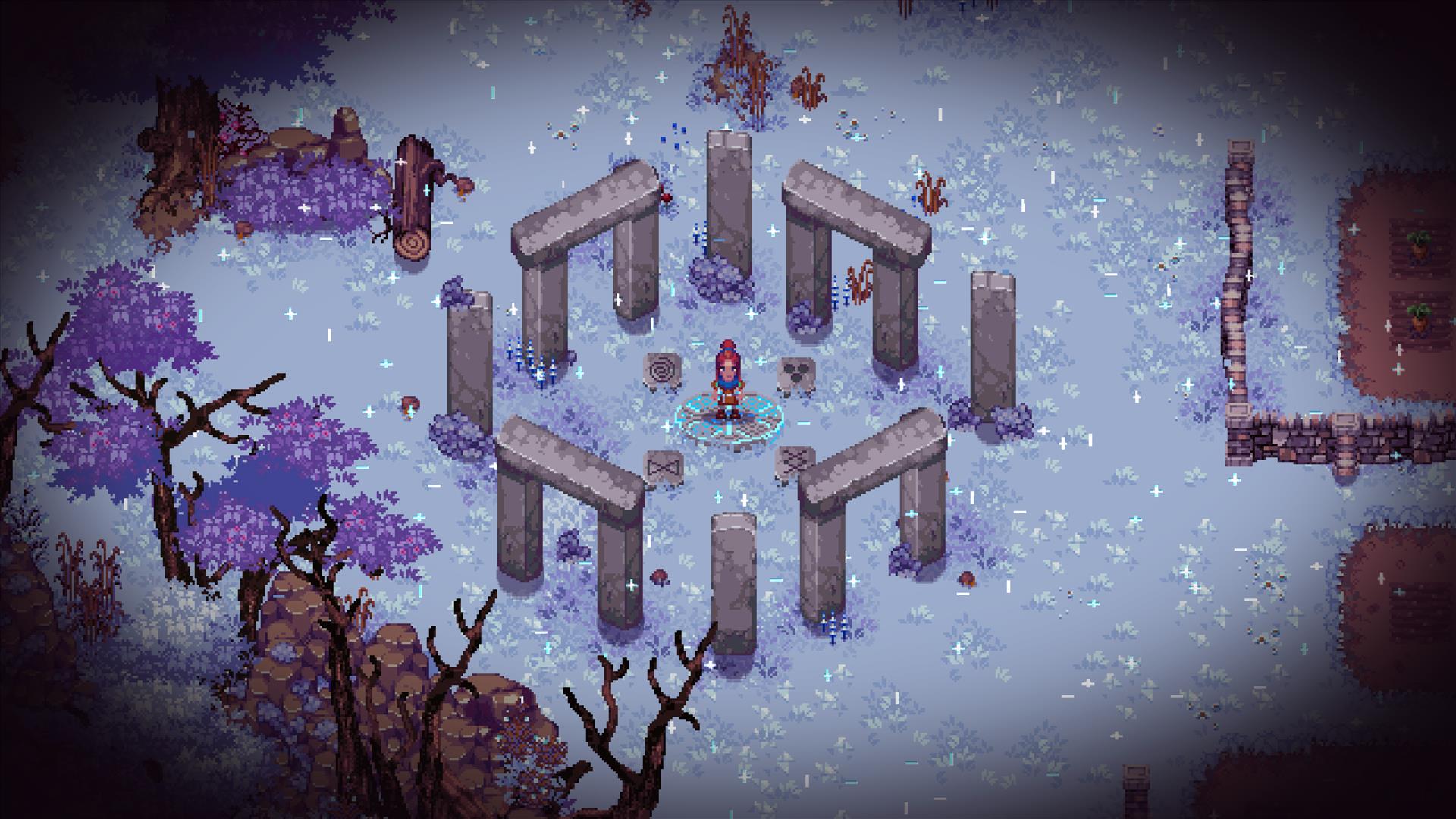 The in-game writing feels shallow. Early on, you go missing for years, and when you return, no one bats an eye, like you were never missing. Most of the interactions with NPCs play out the same way from one to the next. I found picking a spouse to be a lackluster experience. Courting someone, picking their favorite flowers, and taking them on dates to their favorite places; all of these activities often result in little to no awareness by the NPC. They show up, but never mention how much they enjoy doing things together. Then you spend days attempting to propose, only to end up married like it was no big deal for them.

There’s too much to talk about in a review of Kynseed; I feel everyone will have a different opinion of this game. Everyone will agree there is a lot to see and do. What you choose to focus on will determine your overall feeling. If you’re into mini-games, then focusing on the cooking aspect of Kynseed might bring you the most joy. If you want combat that feels better than the average life-sim, then that should be your focus. But there are bugs galore. There is a lot to like about Kynseed, it’s unfortunate that it is hindered by so many bugs and hiccups that prevent it from being groundbreaking. My biggest hope is that continued support helps realize the true vision for Kynseed. 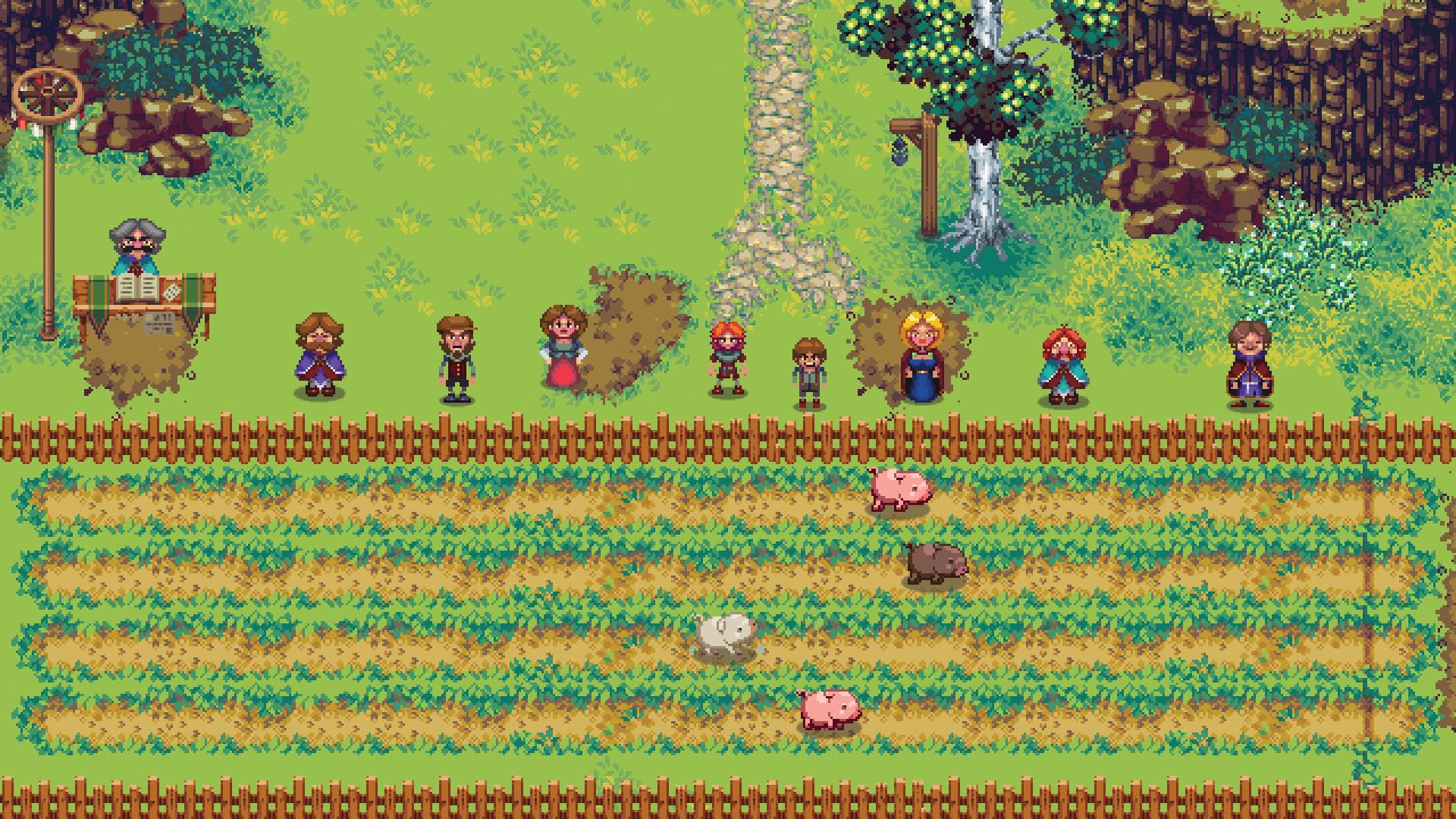 If you want combat that feels unmatched in a life sim, Kynseed has it. If you want to look at beautiful pixel art, and hear a soundtrack that fits a game exceptionally well, Kynseed has that too. You can pick what you want to do in life and go out and achieve it. There is so much to see and do that it can feel overwhelming. But Kynseed lacks too. There’s little emotional toll to building relationships, and frustrating gameplay bugs. The attention to detail is massive in places and lacking in others. Knyseed is close to being the groundbreaking life sim of my dreams. But unfortunately, that dream is still elusive.