The Dark Pictures - The Devil in Me

As a rule, I do my best to try to avoid any plot points before checking out horror movies. I find that horror in particular works better for me when I have no idea what I’m walking into. I prefer to take the ride with the characters, discovering whatever nightmares await them in real-time instead of having surprises spoiled by trailers and reviews. If you are like me, you can go ahead and skip to the bottom paragraph of this review for my recommendation. I’m not going to spoil any plot points, but I am going to share the basic setup of The Dark Pictures Anthology: The Devil In Me.

For those not familiar, The Dark Pictures Anthology is an ongoing series of short games from Supermassive Games, the horror geniuses behind Until Dawn and this year’s The Quarry. Supermassive makes horror films in game form, interactive adventure titles with sky-high production values and a distinctly dark outlook. The Dark Pictures Anthology games are typically four-eight hours long, normally involving a scenario that is a mash-up of a couple of horror tropes. Part of the fun is figuring out which genres Supermassive is playing with, and then trying to survive the ride while controlling the hapless characters trapped in whatever nightmare the studio’s developers have cooked up for them. 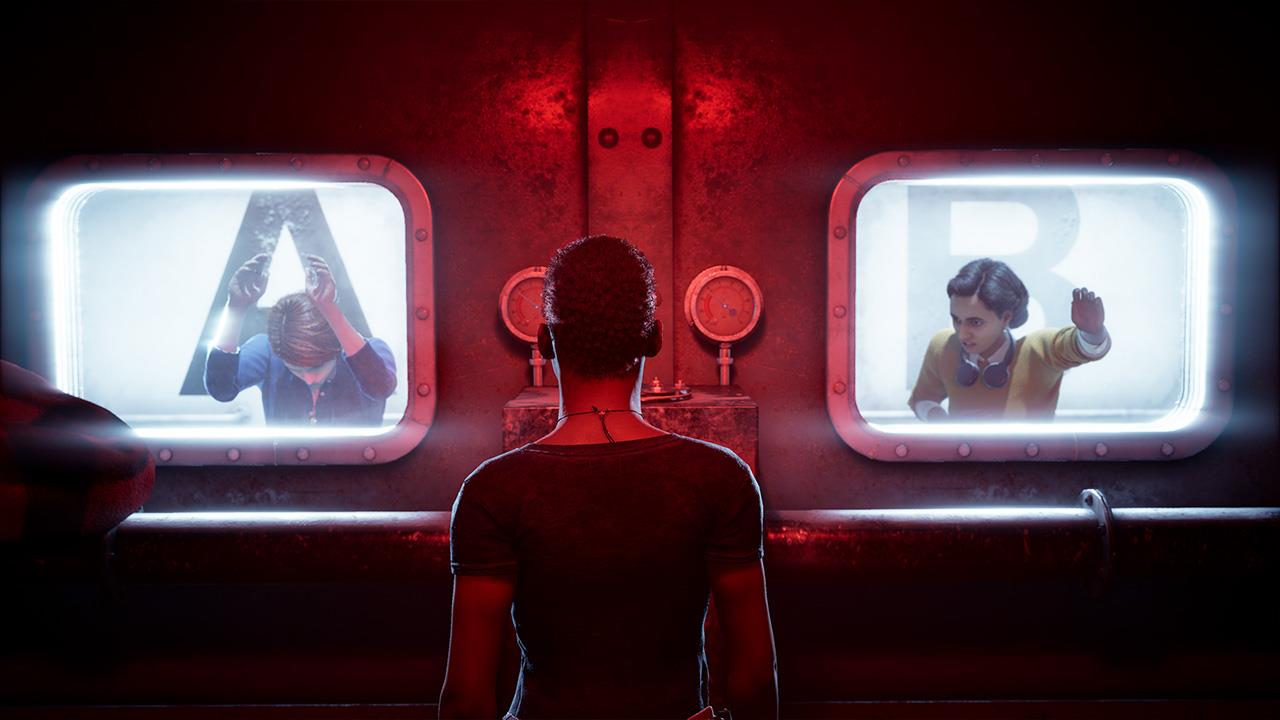 I’ve played all of Supermassive’s games, including their three VR offerings, and I consider myself to be something of a Supermassive connoisseur. And that’s why I feel pretty confident stating that – story-wise, at least – The Devil In Me is one of the best of the bunch. While some of the other games in the Dark Pictures Anthology delt with topics and film types that felt a little tired, resulting in some slow-moving entries, this one comes out swinging with a fresh and interesting story. The Devil In Me kept me enthralled (and more than a little afraid) for its duration. This one is a hoot, y’all.

From the title of the game, I assumed that this entry in the Anthology was going to deal with an exorcism and demonic possession, so I was surprised when the game kicked off at the 1893 World’s Fair, with two hapless newlyweds checking into the World’s Fair Hotel in Chicago. Of course, as any fan of dark history knows, this was a wildly bad plan. The World’s Fair Hotel was built and run by H.H. Holmes, one of the most prolific and deranged real-world serial killers in United States history.

Holmes designed the hotel as a funhouse of murder, with sliding walls, self-locking doors, trapdoors, and hidden pipes meant to deliver deadly gas to his guests’ rooms. He lured people to the hotel as guests, and then used it as his own private murder house, trapping people inside with various traps and contraptions, toying with them at his leisure while the city outside (and his other guests) were completely unaware. Dude was a mess. Seriously, go check out a documentary. It’s like some early 19th-century Jigsaw nonsense.

After a brief historic sojourn with our ill-fated couple (not really a spoiler; you know they are gonna get it as soon as they show up), the game moves forward in time to the present day. A small film crew is in the middle of creating a documentary series about H.H. Holmes, and things seem to be going poorly. The leader of the group, a middle-aged producer, seems to have a way of messing things up for his younger crew, who don’t have much faith in either the abilities of the producer or the possible success of the project they are working on. 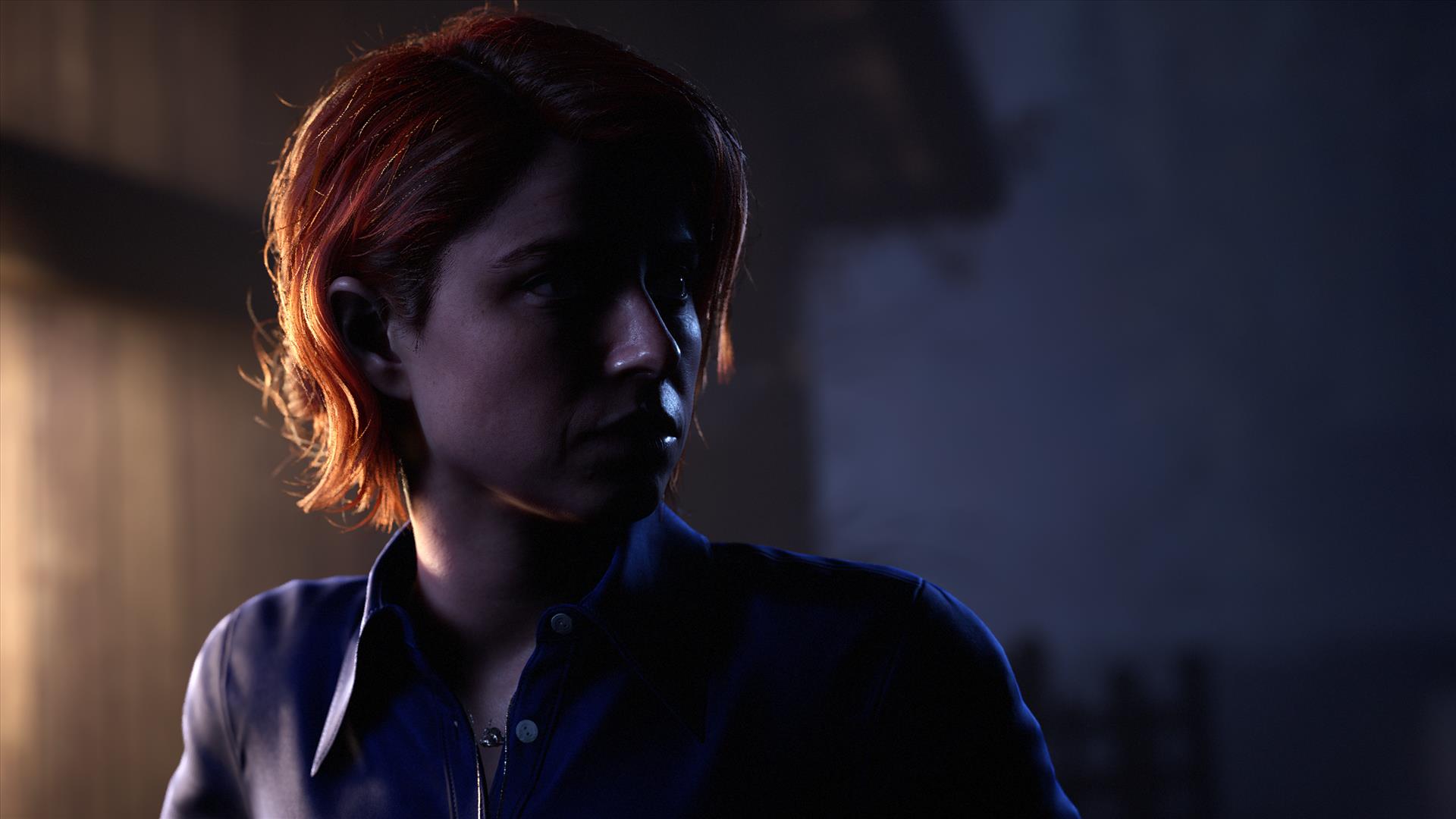 Out of the blue, the crew gets a call from a mysterious benefactor. It seems that this mystery man has built a replica of the World’s Fair Hotel on an island in the middle of Lake Michigan, and wants to invite the group out to the island to film on location. Desperate for a break and believing that this boost in production value is just what they need, the producer accepts on behalf of the group, strongarming them into compliance with his dumb plan.

Any horror fan worth their salt knows what is coming next. The replica of the hotel is a little too realistic, and it quickly becomes clear that the documentary crew are not intended to really film anything; rather, they are the entertainment for whoever or whatever is stalking between the walls the fake hotel. 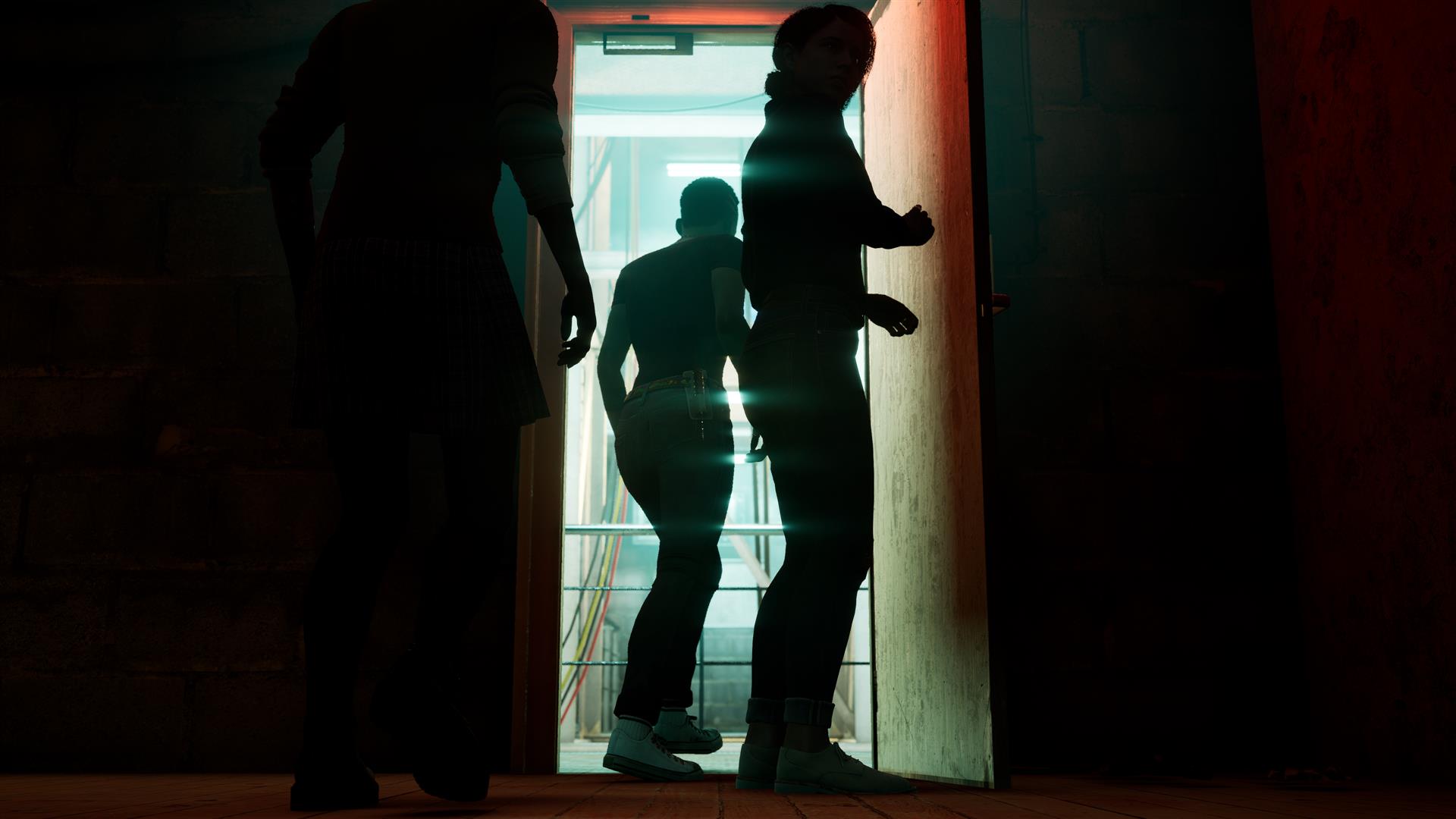 I have to pause here for a moment to acknowledge that this gaggle of idiots is one of the most egregious examples of “horror movie stupid” I have ever seen. Not a likable or relatable character in the bunch, these morons not only accept the invitation to stay in a murder hotel on an isolated island, but they take forever to realize what is going on, and even longer to try to escape. The majority of the time, the characters stand around slack-jawed while horrific stuff happens around them, commenting to each other that what is happening “seems bad”. It is hysterical and frustrating at the same time, and I quickly found myself actively trying to kill everyone off instead of saving them.

Of course, I’m going to play The Devil In Me again to try to save a few of the characters. Part of the fun of Supermassive’s games is figuring out how the different choices you make impact the narrative. Anyone can live, anyone can die, though you really aren’t sure when playing which choices lead to which result. All you can do is try to be smart, which can have some pretty unpredictable results. Playing a Dark Pictures Anthology game can give you a bit more empathy for the folks in actual horror movies; its not as easy to survive as you might think. 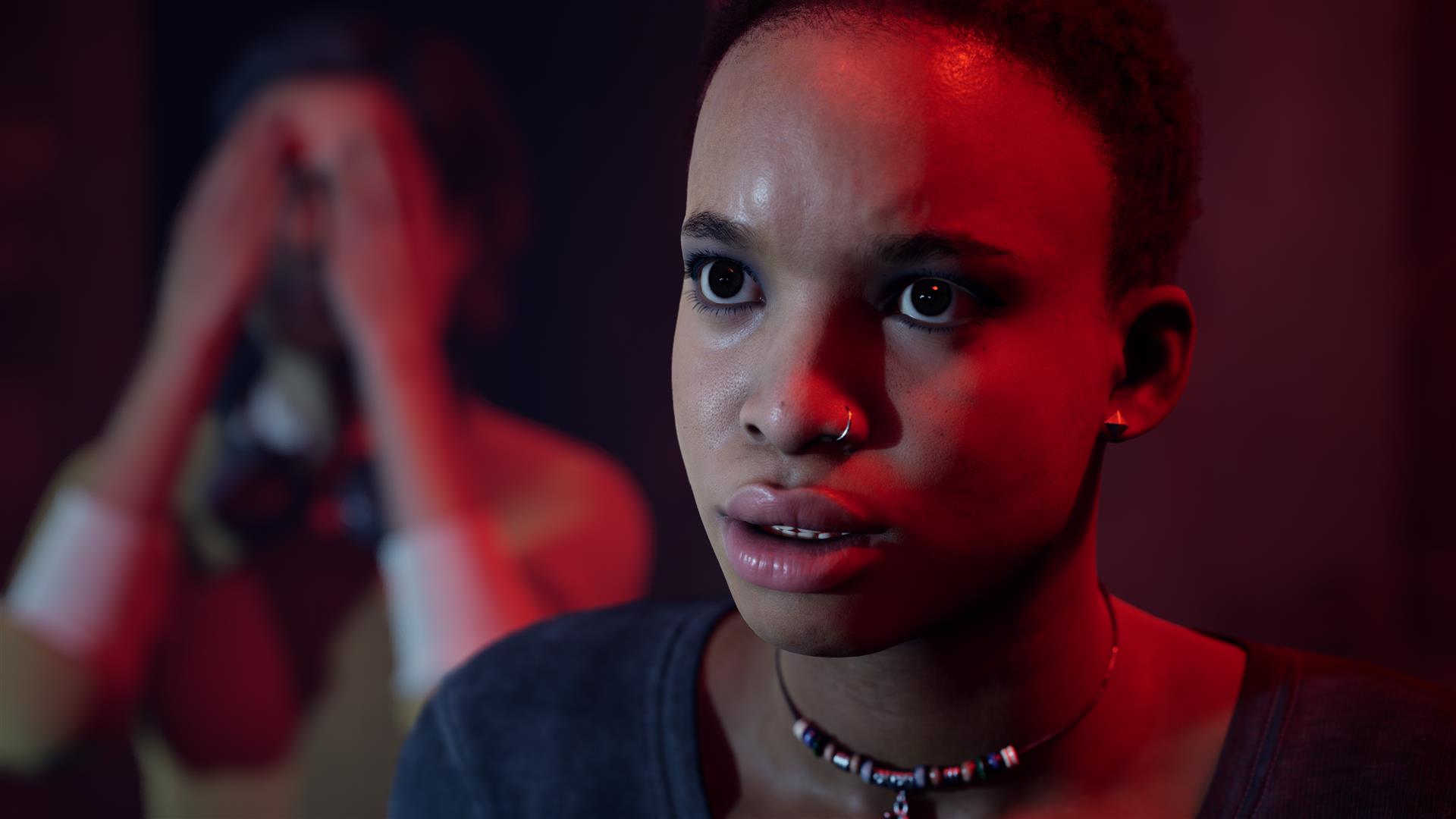 Since the story twists and turns depending on your behavior, a lot of the effectiveness of these games comes down to the setup. In this case, the setting and major arcs are corkers. And while I am sometimes underwhelmed by the violence in Supermassive games, The Devil In Me has some of the gnarliest kills I’ve seen in a game. One moment in particular with a automaton and a hypodermic needle had me curling up in my seat a little bit.

I normally play these games on PlayStation with my family, passing the controller with each shift in controllable character. I played The Devil In Me on PC, which had me in my room, alone in the dark. I have to say, the setup was quite effective. Without anyone there with me to laugh things off, the jump scares and general creepiness were much more effective. But The Devil Inside Me offers all of the usual multiplayer options, allowing you to play online or locally with others. 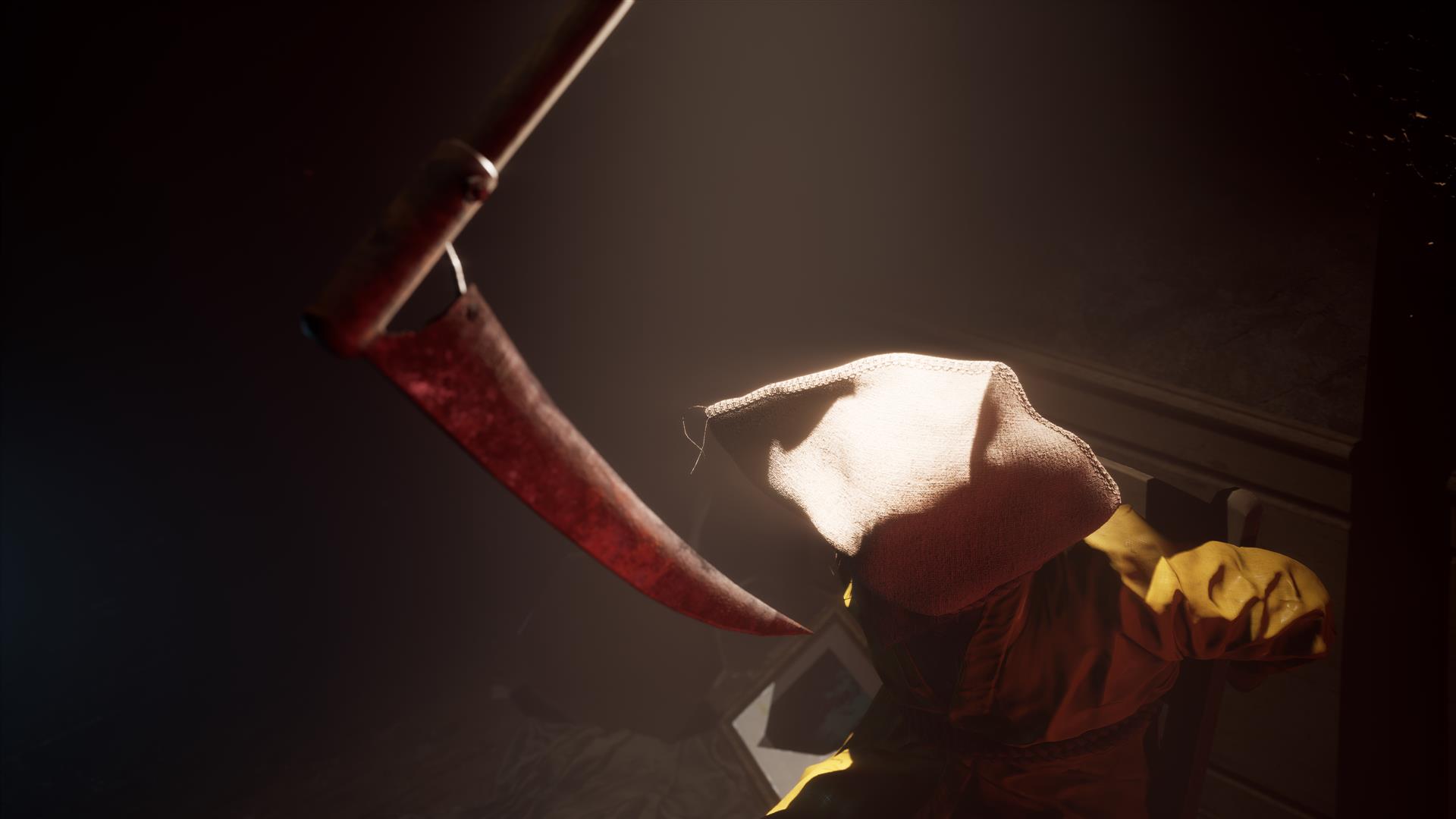 I did have a bit of an issue running the game on Ultra settings with my RTX 2080, with the game dropping frames and hitching a bit, but dropping the settings down to High cleaned things up nicely. The game still looked fantastic, so no complaints out of me.

That said, I did notice a few animation issues this time around. Supermassive games are known for their fantastic renderings of human faces and expressions, and in many cases, this game was up to par. But there was one particular character in the game who resembled a mannequin; she was just poorly animated in comparison to her compatriots. Her mouth barely seemed to move when she talked, and her expression rarely changed, regardless of what was going on around her. I also got an amused kick out of the running animations across the board, which look about as stilted and unhuman as you can get. 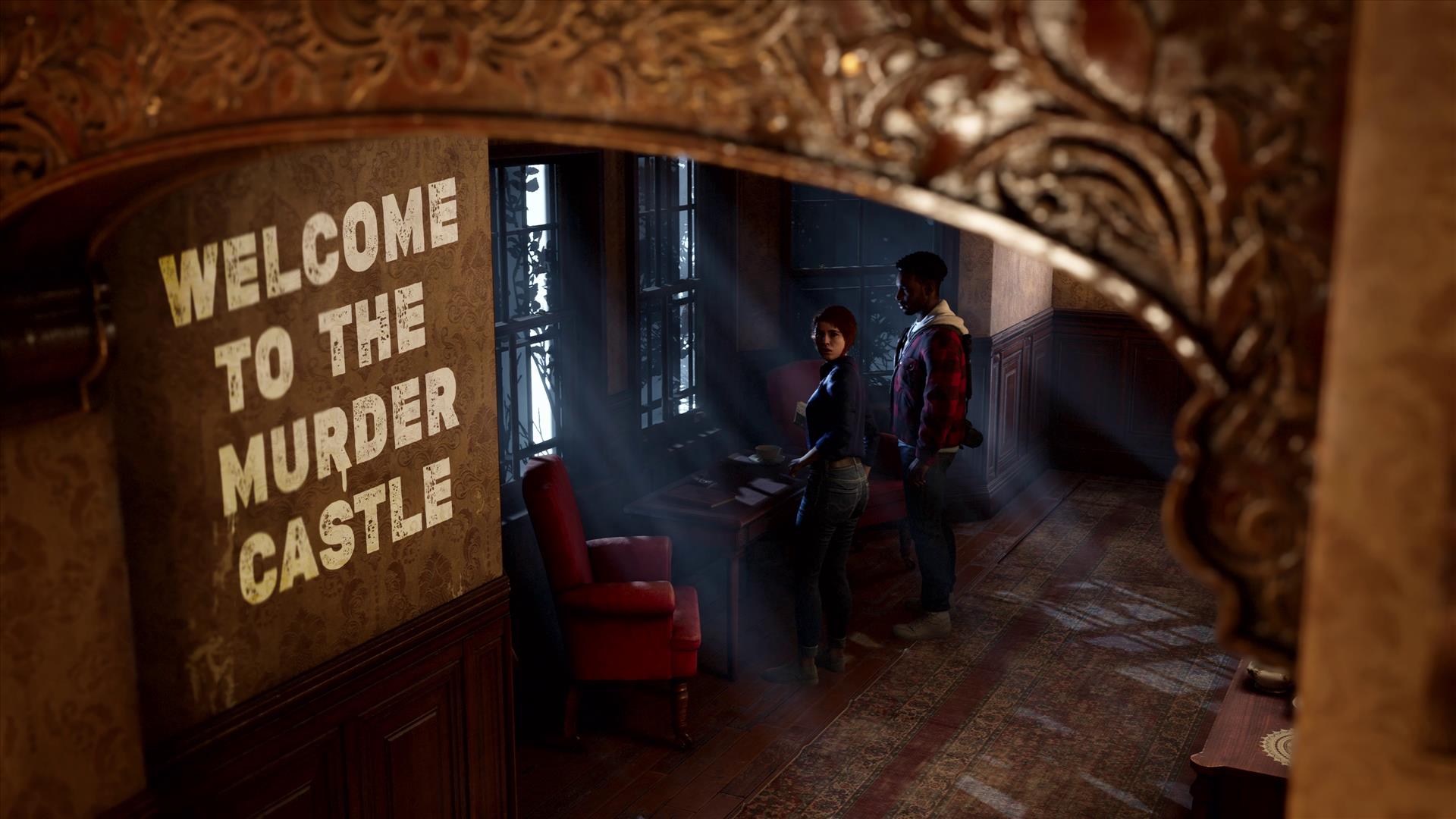 There are a few new movement options available for characters in The Devil In Me, mostly based around jumping and climbing. The game doesn’t really make much of these new abilities; for the most part you just use them to traverse a few cliffs, or Nathan Drake a box into place for a boost. It doesn’t detract from the experience, but it’s not really anything to write home about.

But then again, this game doesn’t need any fabulous new character animations or abilities. So much of these games comes down to making choices and then watching amazingly animated cut scenes, and with a story as good as this one, those cut scenes are entertaining indeed.

The Devil In Me marks the end of The Dark Pictures Anthology’s first season, and it really feels like the series has only gotten better as it has gone on. I’m very much looking forward to learning what new nightmares await players in Season Two. Will Supermassive take on a found footage film, or an alien abduction movie? There are so many untapped ideas in horror, and I absolutely love that this company has committed its entire output to exploring the possibilities. The Devil In Me is a great capper for Season One, and is highly recommended to horror fans.

As the strongest entry yet, Devil in Me is a great finale for Season One of The Dark Pictures Anthology. With an original story and some showstopping sequences, the game is a step up for the series, despite some minor technical and animation issues. Fans of the franchise and horror in general should not hesitate to pick this one up, as Supermassive shows the true potential of its anthology experiment.