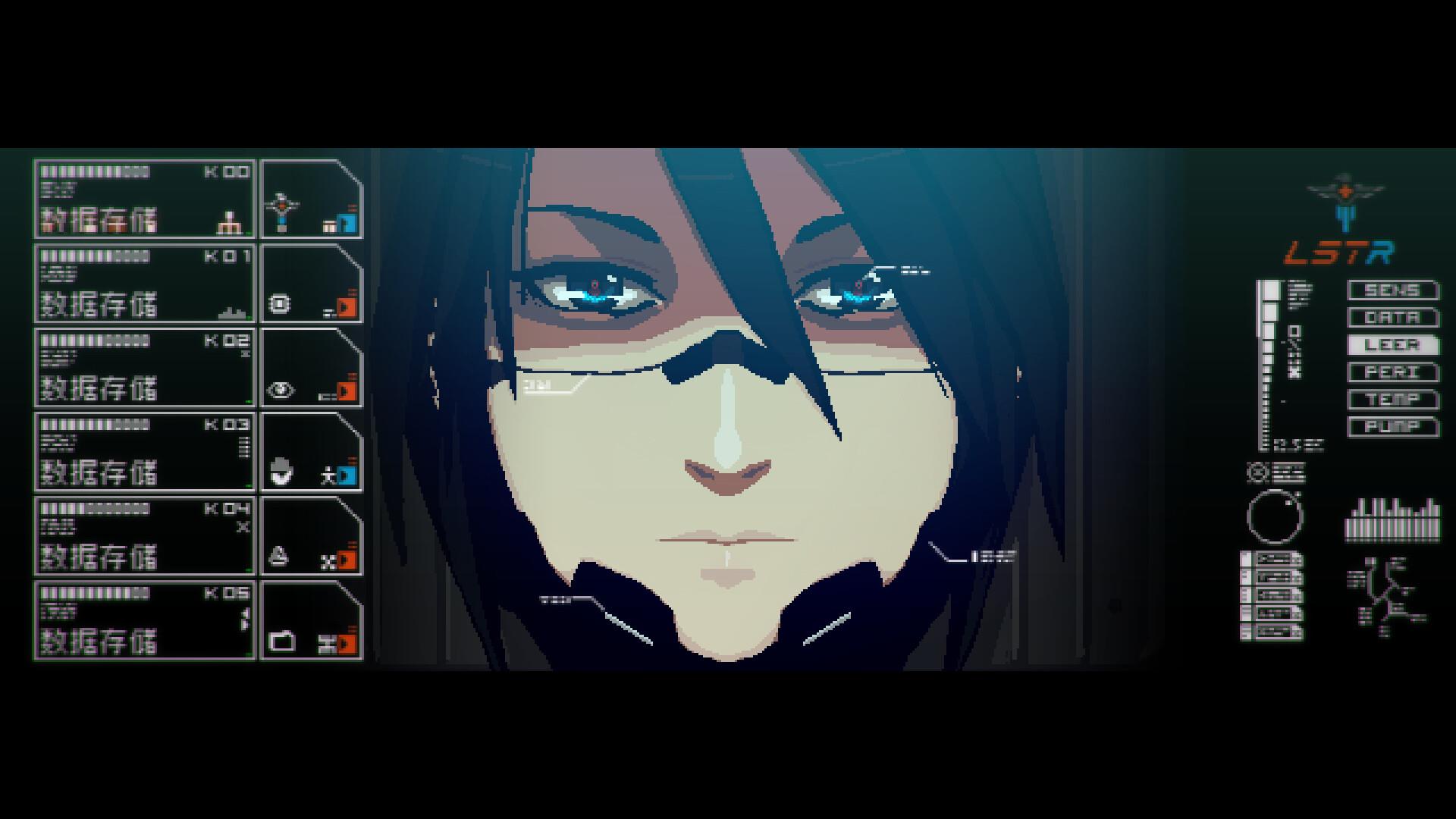 Pixel art and anime aesthetics wrapped up into a survival horror game? Count me in. Indie developer duo rose-engine’s debut project Signalis serves up an atmospheric and eerie experience that pays homage to old school classics without sacrificing modern day quality, all the while telling a deeply complex narrative. In addition to being offered at such a humble price point , this indie title from Humble Games (no pun intended) is easily one that shouldn’t be looked past.

You play as Elster, a humanoid android looking for her human partner after crash landing on an unknown planet suffering from an immense ice storm. Signalis is set in a dystopian future where a totalitarian government has deployed robots known as Replikas to replace humans as workers and civil servants. Themes of self identity, humanity, and fear of the unknown are all touched upon, and linger with you long after the credits roll. Much of the story is shrouded in mystery at the beginning, but reveals itself slowly as you progress into a hole deeper than you initially imagined. A lot of the lore is picked up through deciphering computer logs, notes, and the environment. You might have been drawn in by the survivor horror aspects of the game, but this layered cyberpunk story inspired by the works of Stanley Kubrick, Hideaki Anno, and David Lynch will have you sticking around until the end. 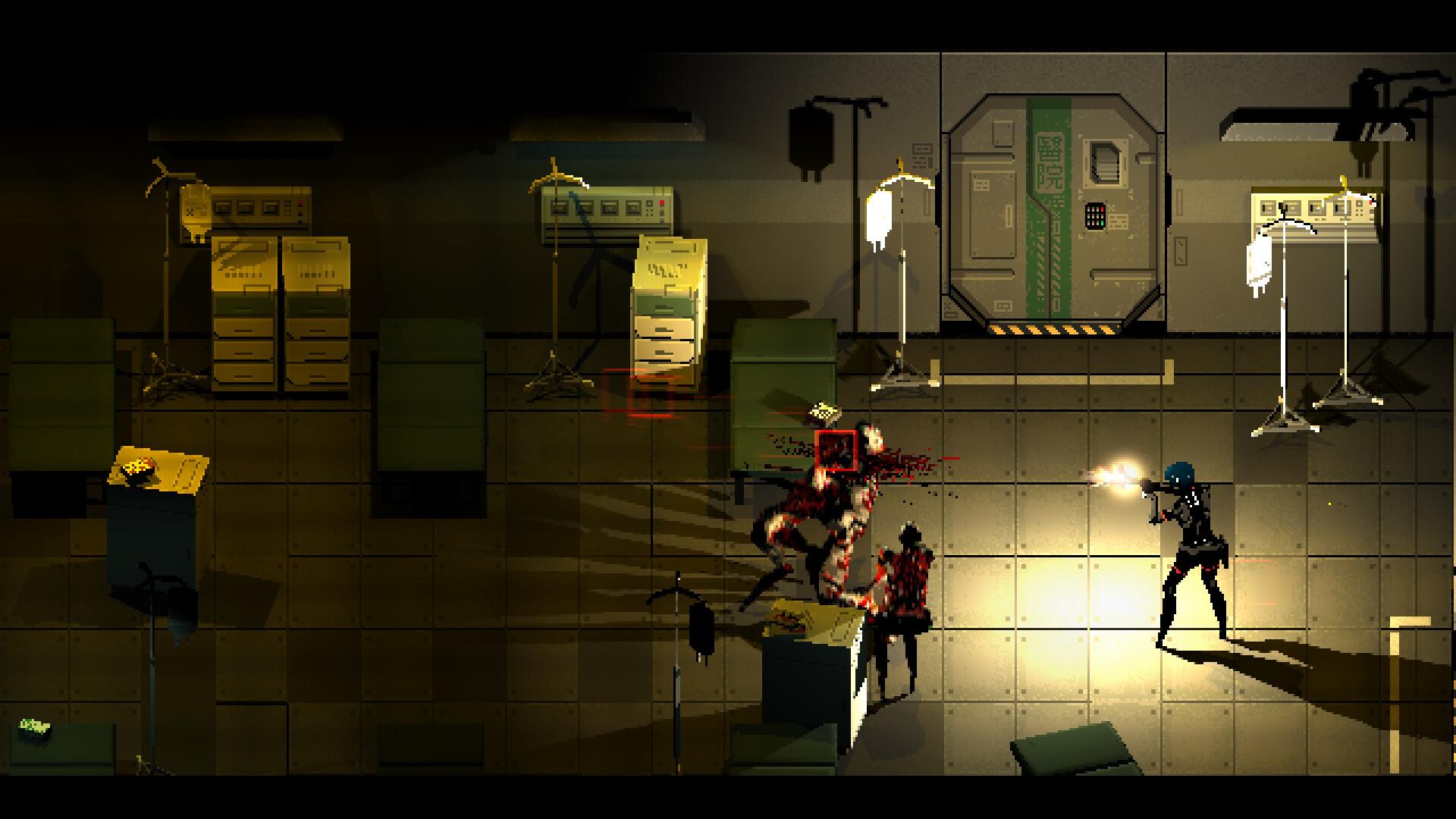 Malignant Replikas now wander the derelict halls of an abandoned mining facility you are investigating. Weapons and ammo can be found to combat these creatures but the game encourages you to disengage and play stealthily. There is a sprint functionality, and as you would probably expect, it comes with the downside of making too much noise and alerting nearby enemies. Like other traditional survival horror titles, Signalis puts a heavy emphasis on puzzle solving and inventory management. Expect locked doors, broken fuse boxes, and more that require you to find clues, read lore descriptions, and examine items. Most, if not all of these puzzles are smoothly interwoven into the game’s overall narrative in addition to gameplay so they never feel tacked on or forced. None of them are overly difficult but some of them can be a little too obtuse or require trial and error to figure out. An immense feeling of gratification is always felt after solving these puzzles though.

Signalis uses the tried-and-true formula of item scarcity to make each encounter meaningful and daunting. It’s the creep of never feeling truly safe that makes the experience all the more horrifying. Should you engage in direct combat, like when entering encounters with bosses, the twin stick style shooting can get a little wonky and clunky on a controller. All the creatures are immensely well designed, with distinctly different move sets and grotesque-looking visuals. Sometimes, new monsters wander back into previously cleared out rooms, so there’s never truly a moment to relax. 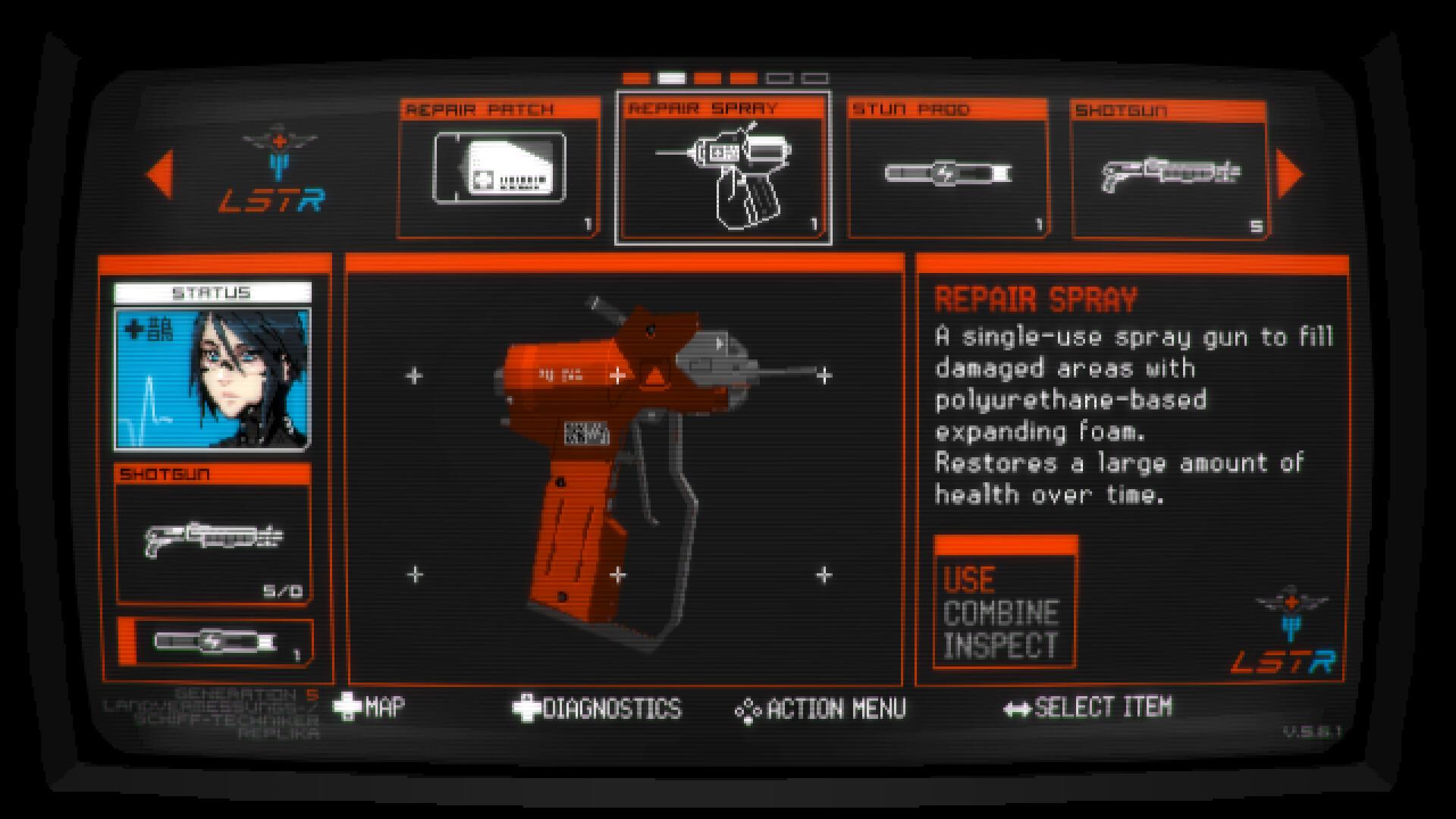 The running joke with any horror game nowadays is that inventory management is perhaps the hardest puzzle of all, and Signalis is no exception. You only have six slots to your inventory, and everything takes up space, including weapons, ammo, and key items. The lack of inventory space and auto-save is perhaps the greatest frustration to what otherwise is a fantastic first title from rose-engine. I understand that this follows the formula of classic games such as Resident Evil but it gets a tad bit excessive. You will find yourself doing an obscene amount of backtracking, whether to manually save or access your bank stash in a safe room. Obviously this wouldn’t be an issue to speedrunners or hardcore experts of the game, but this may deter newcomers and beginners to the genre. Many items you pick up, whose importance is not made known immediately, take up costly real estate in your inventory, and with only six slots, you really have to choose what’s worth picking up or be good at memorizing its location if you decide to leave it.

The intricately-drawn retro pixel art combined with the anime art style really works well in this context. The combination of low poly environments, anime cutscenes, and different points of views forms an immersive and cohesive experience. On a controller, the first person point and click sequences are way too slow, and moving the cursor from one end of the screen to the other takes forever. Sometimes it is also difficult to discern what is interactable and what is just part of the environment, as the dark and dreary colors allow objects to blend in. The game cleverly and proudly embraces the visuals of old school PlayStation 1 era titles with its grainy, and occasionally blurry graphics that naturally add tension and unease to a game of this genre. The lack of voice acting is made up by stellar audio design and an excellent soundtrack. The sound coming from every move you make effectively adds another layer of fear of what might lurk in the dark. 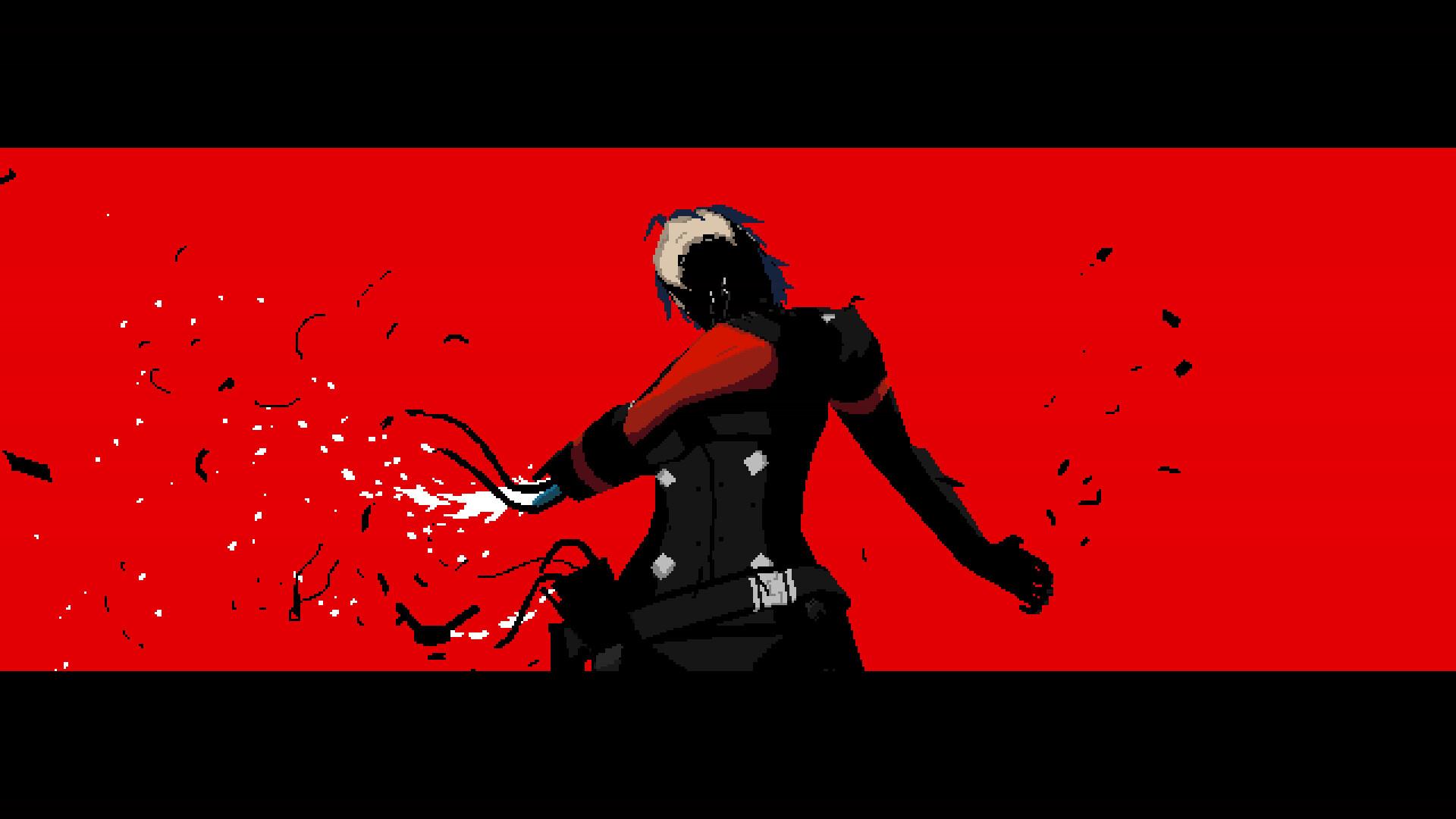 The developers do a wonderful job making you feel scared without throwing cheap jump scares or horrific creatures at you, and that is rare in today’s day and age. Instead, they create a surreal atmosphere accompanied by effective visuals and sounds to keep you constantly on the edge of your seat. Uncovering the narrative and figuring out the truth behind it all only adds to this tension and mystery.

Signalis is an outstanding debut from rose-engine, featuring a unique blend of retro survival horror gameplay and an engaging yet perplexing story. It’s a game that wears its inspirations proudly on its sleeves and is a must play for any fans of the genre. Puzzles might be a little too drawn out, certain controls might be wonky, and inventory management might be a bit frustrating, but the beautiful pixel art, tense sound design, and unparalleled world building make it a journey worth experiencing.

rose-engine has created a heartfelt love letter to retro classic survival horror titles with their debut project Signalis. Despite some frustrations, it conjures up a tense experience from start to finish with its compelling narrative, immaculate atmosphere, and beautiful pixel art.