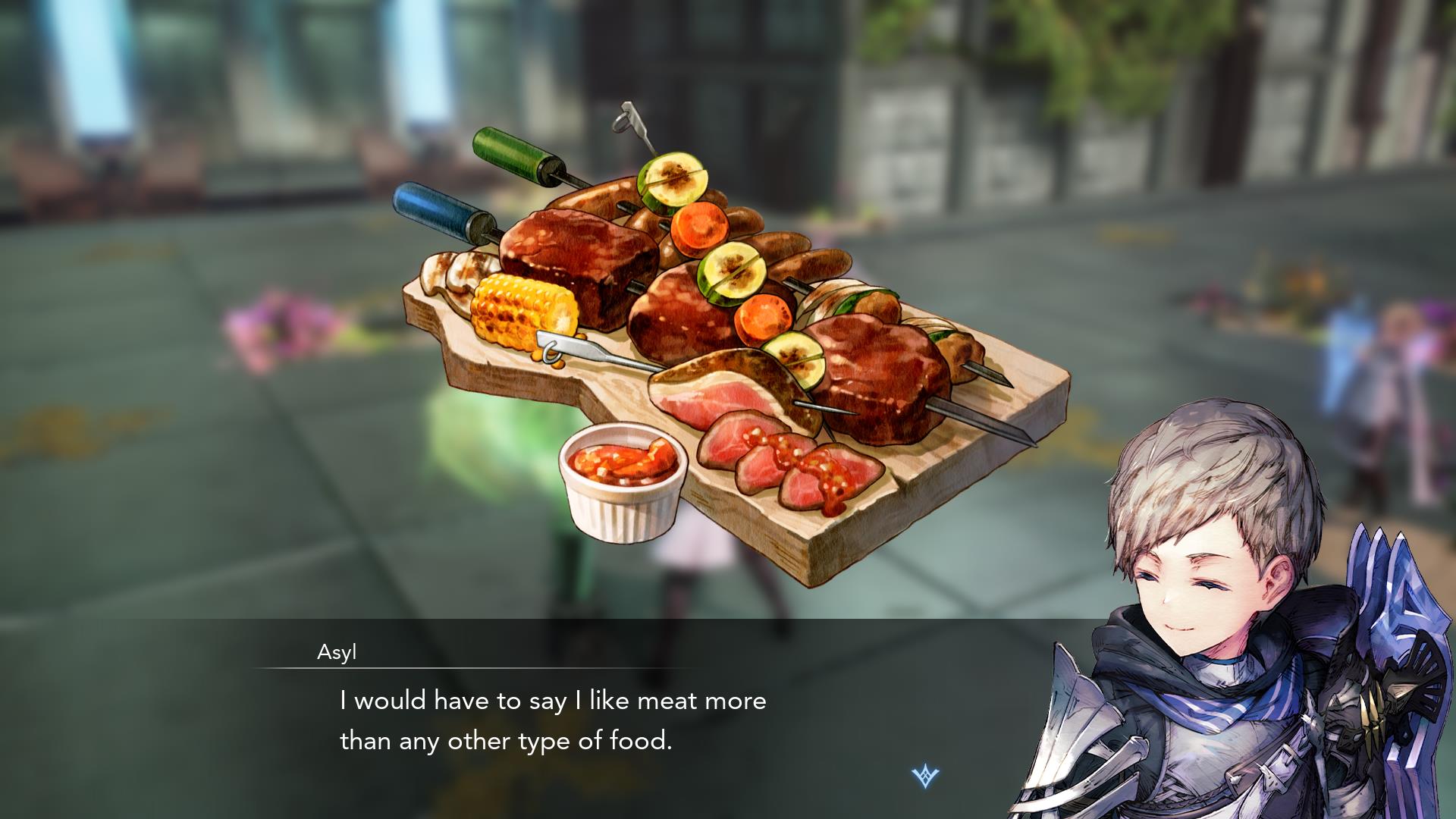 Written by Elliot Hilderbrand on 11/17/2022 for SWI
More On: Harvestella

We can all admit there’s the gold standard right? Stardew Valley took the genre to another level. Developers will either have to take the same formula and make it perfect, or create something so unique that my pants are blown away. Harvestella is trying to follow a very familiar formula and shine it up. It does this by making farming easier and putting a heavier emphasis on the dungeon crawl aspect. The only way you make money in Harvestella is from farming, so you can’t ignore half of the game. Similarly, you need what you find in dungeons to help with farming.

Most farm sims either have you inheriting a farm from a loved one or waking up with amnesia. I’m happy to report that Harvestella sticks with the tradition of having your character wake up with no memories, charging you to piece together your secret origins throughout the course of gameplay. Early on, Harvestella feels identical to other titles in the genre. A long intro about the world you play in, having you meet the townsfolk, teaching you how to clear your land and fight in dungeons. 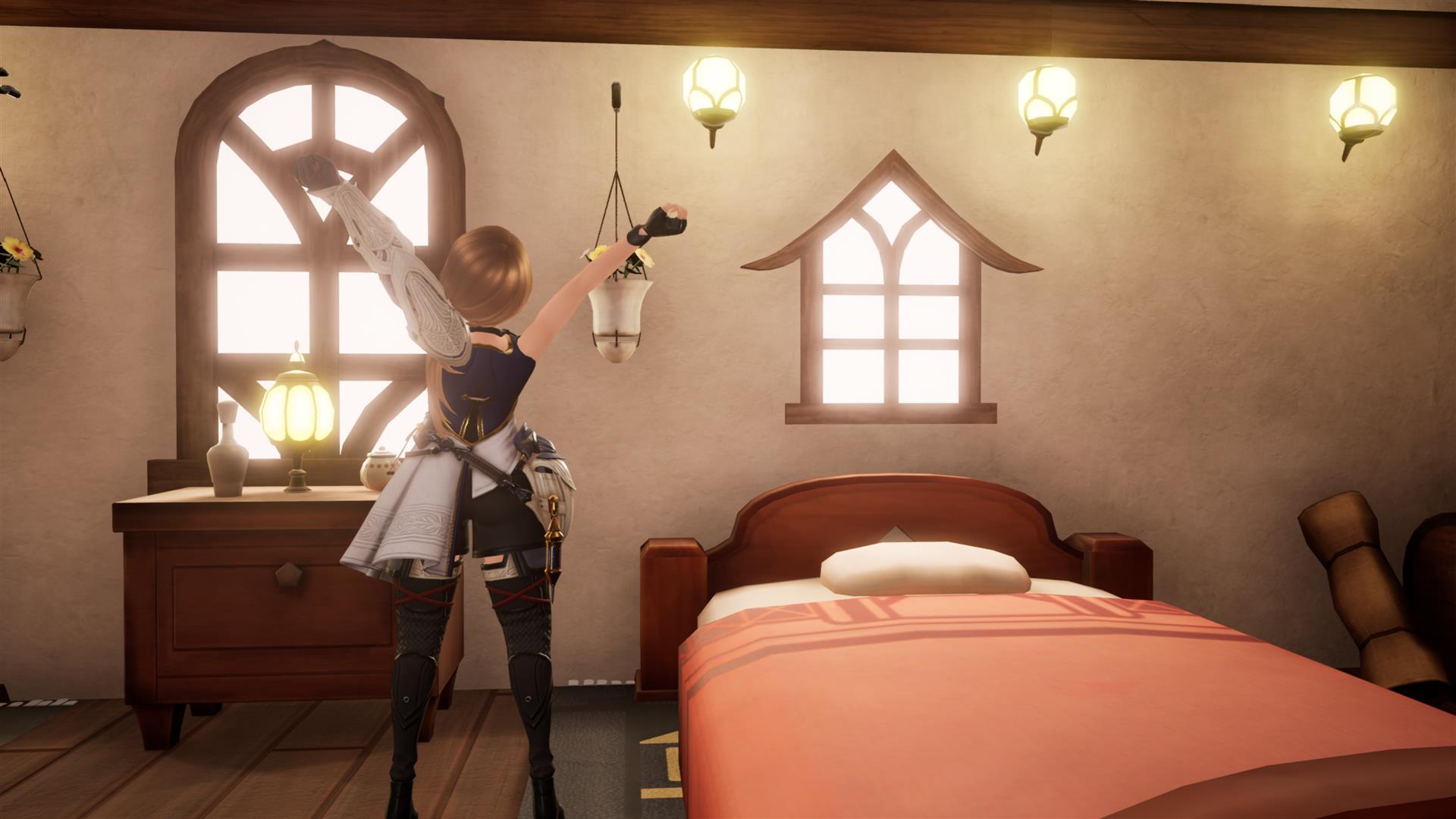 Harvestella modernizes a few traditional ingredients in farming games for the better. The biggest is the overall farming experience. Instead of having to water for a week in-game before picking your produce, you only wait a handful of days. The overall grow time is cut, sometimes only taking a day or two to ripen. I love that I don’t have to do mental math near the end of the month to ensure I’ve planted my crops early enough for them to come of age before the season ends. I only need to watch out a day or two ahead of time, and I’ll be fine. The shortened schedule helps me enjoy this part of the game even more.

In most farm sims, I look forward to automating as many parts of the game as possible. Part of the fun is setting up a system that will automatically water my plants so I can do other things. With Harvestella, watering starts out easy and only gets easier as I upgrade. Not having to run back and forth to a watering source to refill my tool is an element of gameplay I notice. While this might not fall into feeling real-world, neither does a talking unicorn, and those are present in Harvestella too. As I upgrade my tools, I can do more in less time, but I never feel like wasting my early daysbreaking up rocks, plowing fields or watering. 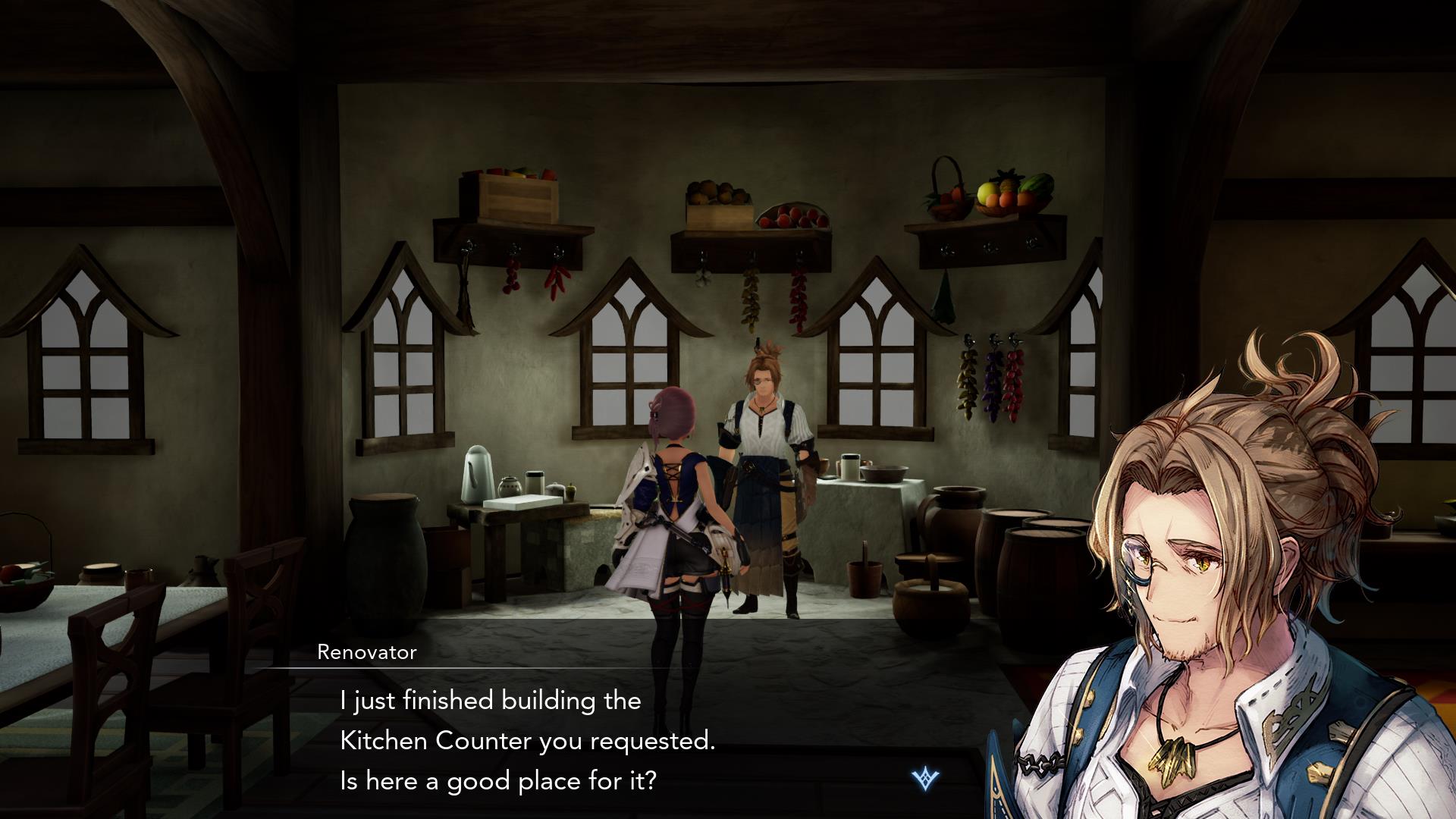 The day system, in general, is very straightforward; it is one of the if-it-isn’t-broken, don’t-fix-it features. With Harvestella, I never felt like my early days playing were wasted on clearing brush or, worse, not having enough to do in the first season. While in-game time passing feels similar to other titles, eating food to regain strength after working feels more rewarding. Most games let you eat food and recover a little strength to continue through the day. Harvestella lets you eat as much as you want, never forcing you to stop, as long as you have the food to keep going.

Farming to pay for your dungeon questing gives a means to an end. One of the two features has to fall a little to the wayside; nothing is perfectly balanced. For being able to farm as much as you can, it only serves as your only means to currency to upgrade items, either for farming or for dungeon crawling. I can’t make enough money by skipping farming, making it my early day priority helps to break up the monotony farm sims can get.

There is a whole list of gameplay features I haven’t talked too much about. I like these sections of the game, but they aren’t what I like about sim games. Renovating, cooking, and general upgrading of the farm are all here. They all feel better than average. You can add barns, fish all day and cook great meals for NPCs; all these sections of gameplay work just fine. There is a lot to play and explore with Harvestella, so much so that I felt these were sections of the game I did not devote as much time as I could have to get a great feel for them. The changing seasons, and the Quietus that accors between seasons offer something different you don’t see elsewhere.

Combat might be where Harvestella looks the most different. You can change your class on the fly, instantly changing the combat playstyle. Go from swinging a sword to shooting magic in the blink of an eye. Harvestella has nine jobs to play around with, each one having its own tech tree and skills to make them stand out from one another. At first, the thought of changing classes on the fly felt odd. Press a trigger, and selecting with the D-pad feels a little awkward. I soon didn’t think anything of it, feeling that it added to the combat. Except for changing classes on the fly, combat feels pretty basic. I mostly swung my sword or shot out a spell and then dodged the attacks. Setting up joint attacks with my companions added a little more surprise and fun, but it still felt better than doing a chore, but not by much. Fighting felt like a means to an end, which was exploring the dungeons. 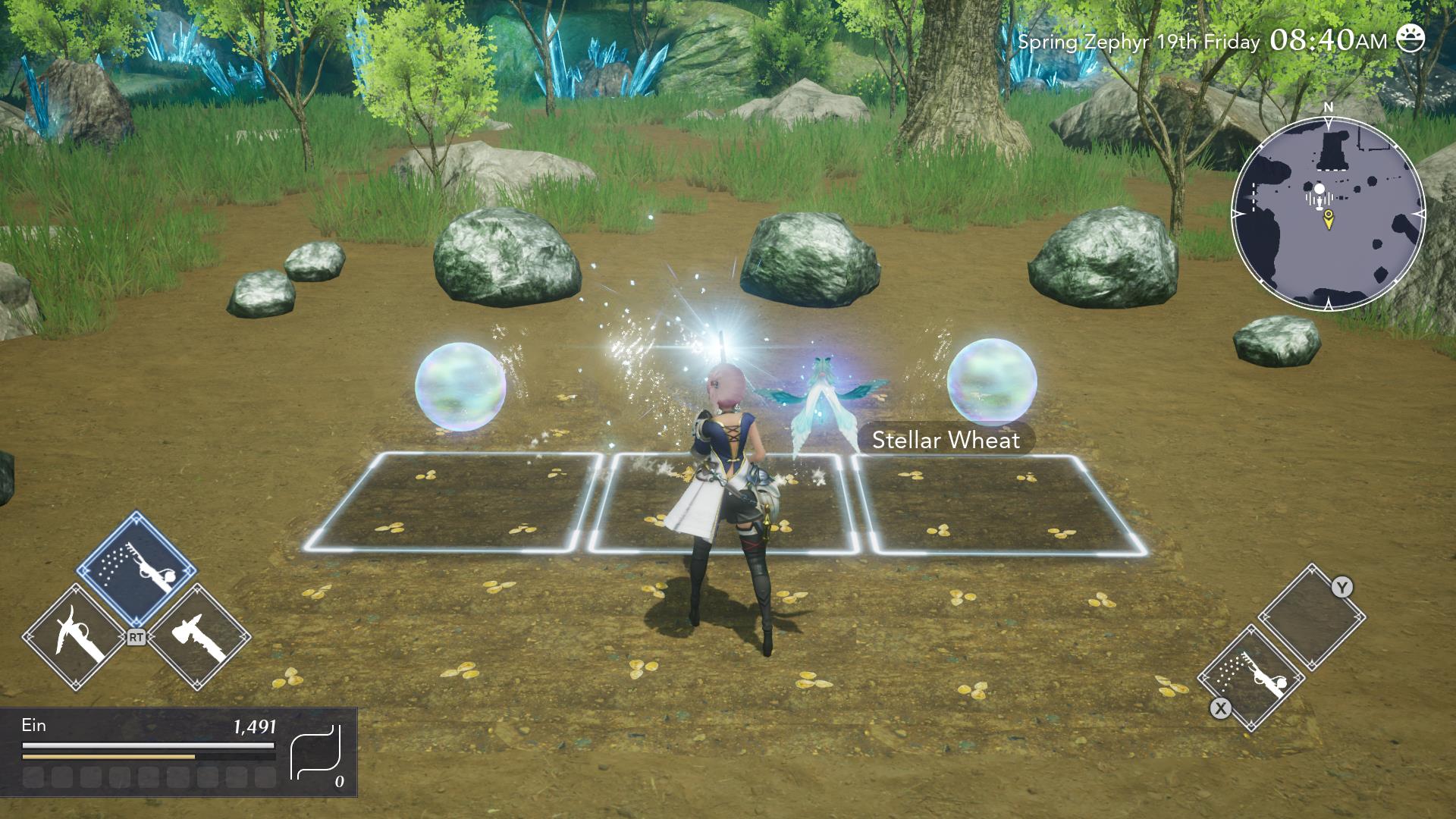 One of the biggest tells that Harvestella is worth my time is how I feel while playing. Does it turn my brain off from the real world and allow me to focus on my farm? I’m happy to say that it does. The length of the days feels perfect. I can do everything I want to and still have some wiggle room to run about and talk to townsfolk, fish, explore, or even questing for NPCs, like cooking specific meals they’re looking for,

I had no problems with loading times on the Switch. Loading screens seems to be something that was complained about when the demo was released; on Switch, the complaint is a common one for most titles. I didn’t notice a long time between loading and playing. Frame rate drops happen; Harvestella works best when docked to your tv; the same goes with every Switch title. 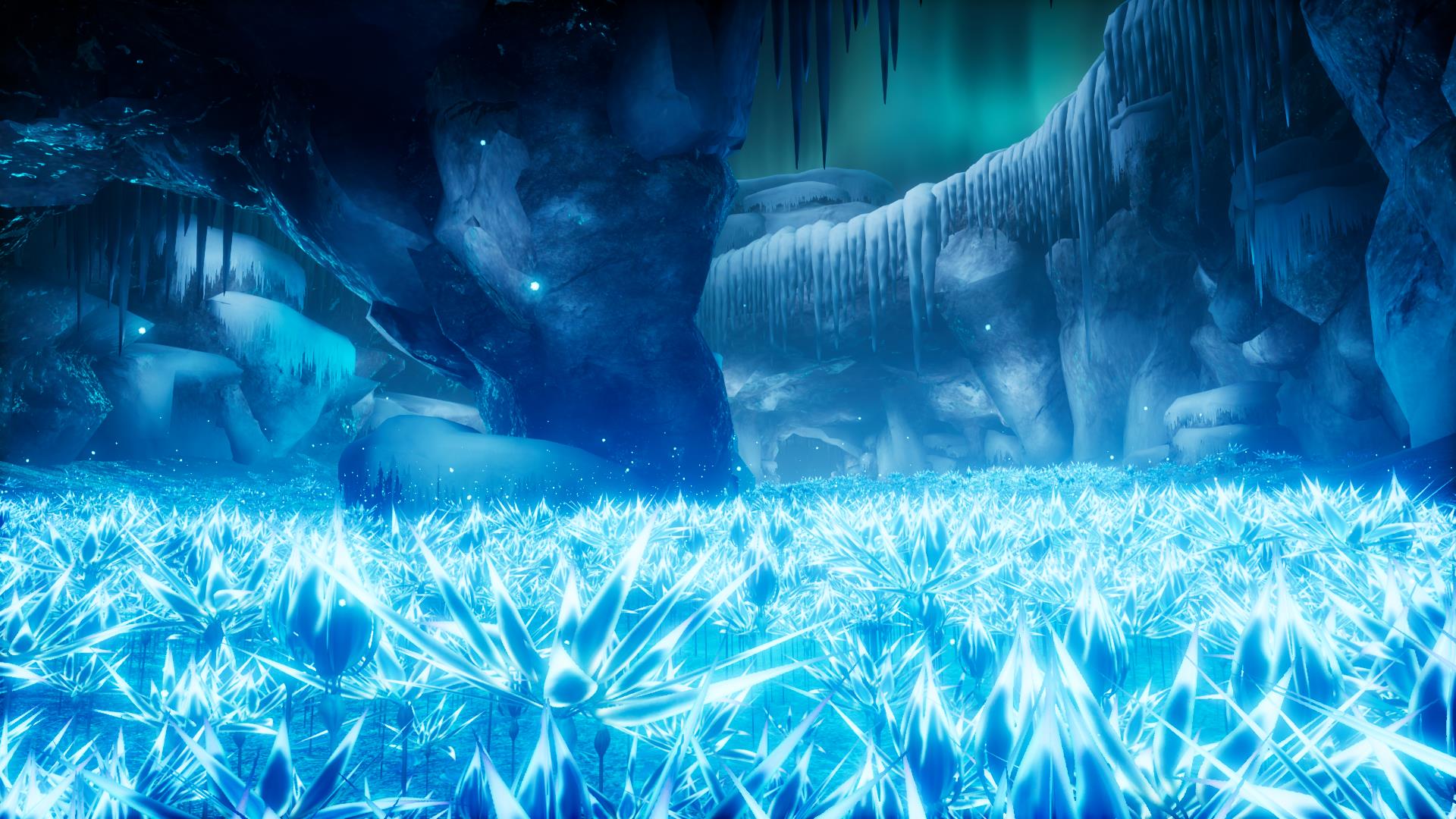 At first, Harvestella feels like all the other farm sims. None of these chores feel new, but the overall experience feels more refined and a more overall pleasant experience Most farm sims are no longer a pure farm sims anyway; dungeon-type exploration has not only become a mainstay, it’s a requirement. I can’t imagine playing a farm sim that doesn’t allow me to explore some randomly generated dungeon. Haverstella has found a way to make most of the simplicity work. Straightforward, simple button-mashing combat mechanics are nothing to be excited about. That, along with plenty of invisible walls are the only things not working for me. Everything else, like farming, has been mainstreamed to excellence. 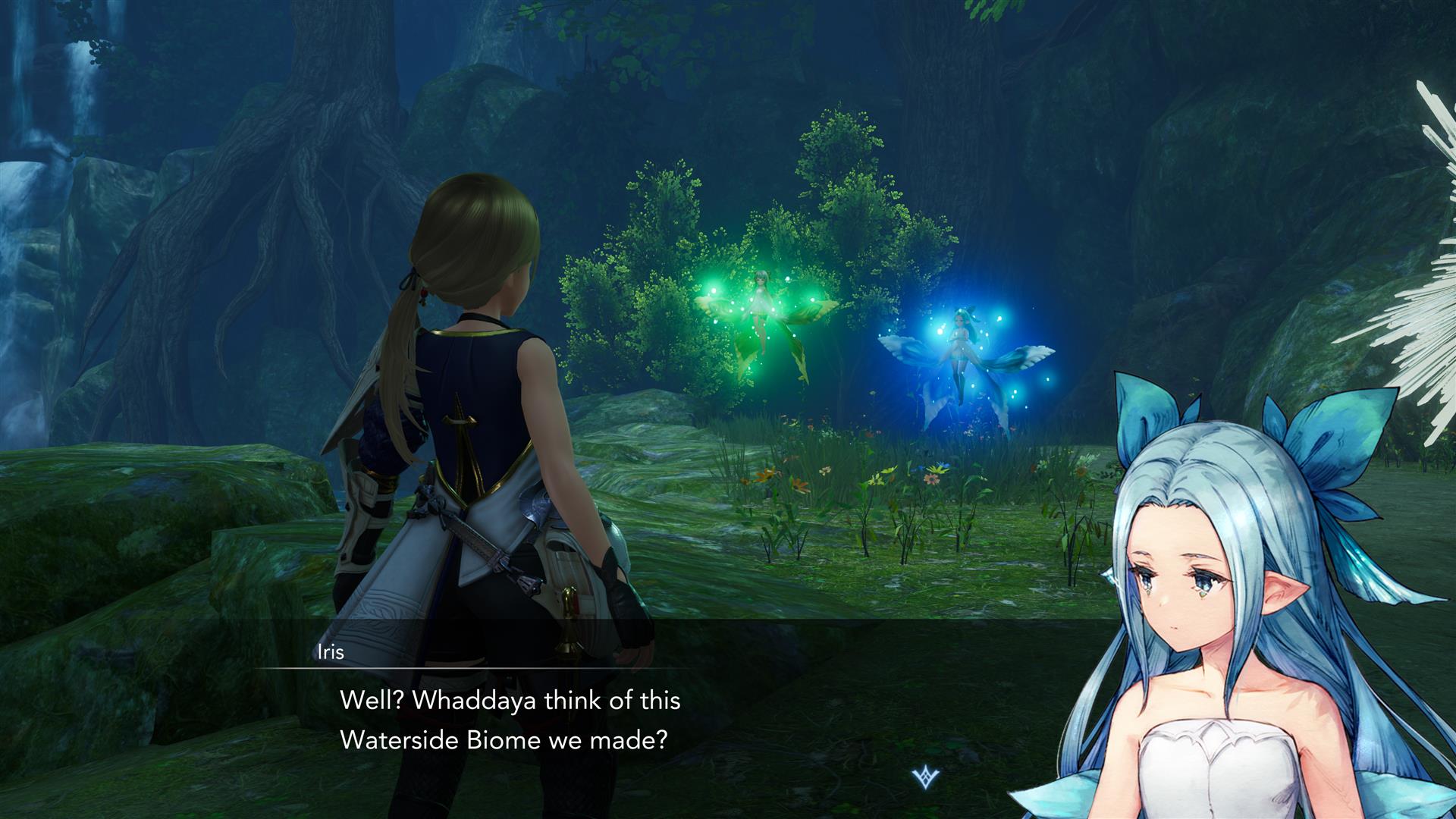 Harvestella is a fresh coat of paint on a familiar wall. It’s a good wall, solid foundation, level, able to withstand the elements, and damn good paint. But it’s still a wall. If you want to play the newest, most innovative farm sim to date, it’s not going to be Harvestella. If you want to play the best version of the farm sim for the modern era, look no further. While it does some odd things, like invisible walls to areas you can clearly see, or not being able to jump on a rock, in the end, those don’t matter. Farming is fun, dungeon crawling is fun. The visuals and soundtrack help make Harvestella one of the best possible versions of the farm sim.