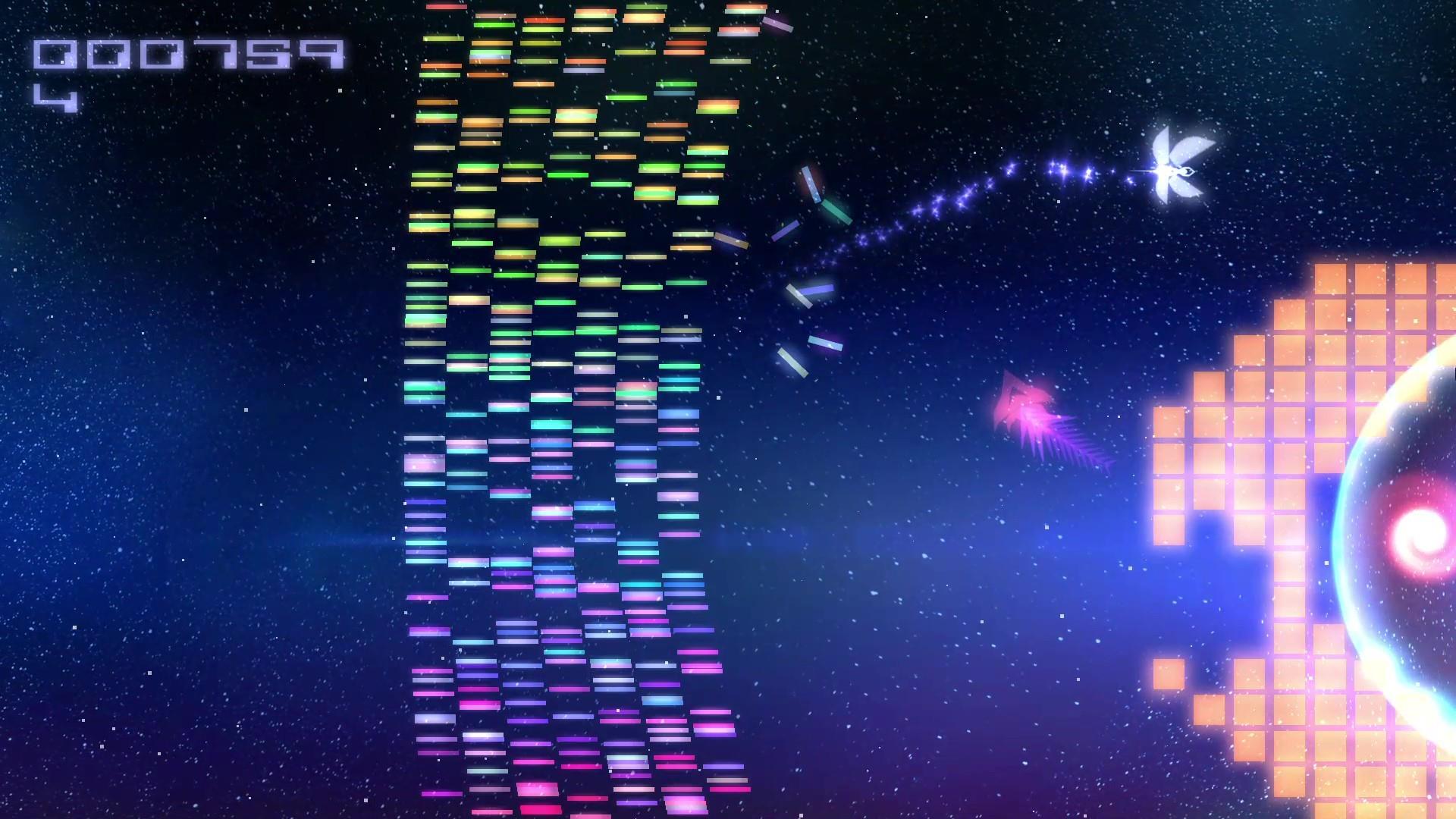 They did it. After 50 years, the pioneers of the arcade and home console did it. The reason why we are all here and why we love what we do. The reason we get on social media and praise or complain about our favorite games. From hitting a ball back and forth on a black and white screen, to controlling many balls in a puzzle like setting, Atari has been through it all. They've given you many compilations, on pretty much every system, portable or home. You've had a plug and play, XP Carts that work in your 2600, Arcade 1ups, a new arcade Pong, and they even recharged some of their old jams. Some of you even have and want an Atari Jaguar. Atari released the VCS, which is essentially a PC LOADED with Atari games. The legend still stands, and after 50 years, Atari 50: The Anniversary Collection will make you bow down to the Gods of video gaming.

Now, before you bring your dirty feet into this review and go "This is just another compilation", you would be half-right on the surface. Most of these games you probably have on a compilation disc or digitally somewhere else. Some of you are screaming "I have all these games in my attic." And you probably do. There are some of us who don't, and want to know that Computer Space is the very first Arcade game EVER, and it was made by Atari. Atari also knows that you exist, and they are thankful. 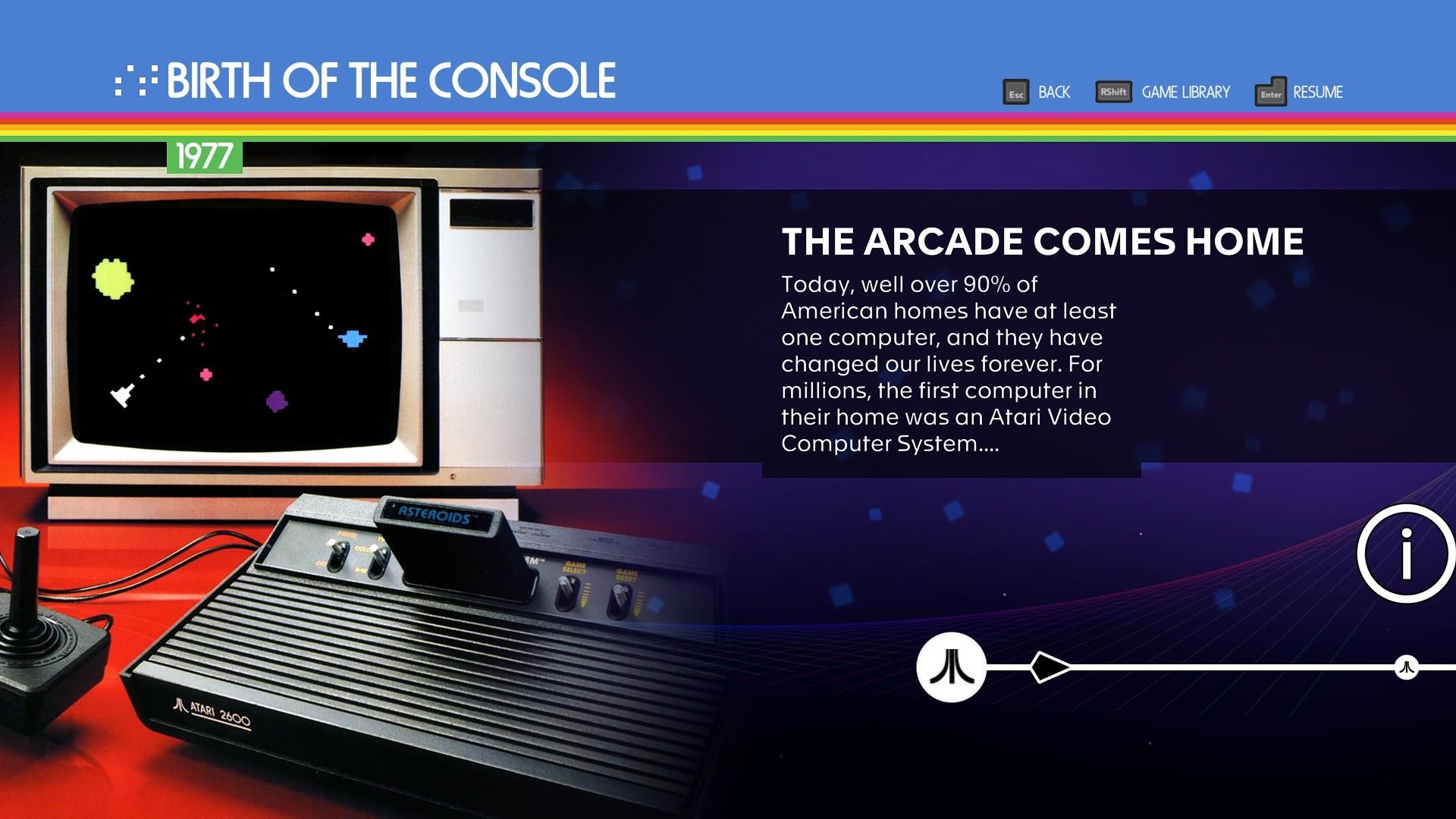 Atari also wants you to know that this compilation has 80 games, spanning 7 different systems. Arcade, 2600, 5200, 7800, Lynx, 800, and Jaguar All 80 aren't here out the gate though. There are some that have to be unlocked. I will say there's only a few, and they're all 2600 games. You know Atari loves its Easter Eggs. You can unlock these games by meeting certain goals in other games.

The presentation here is very straight forward. When you hit start, you have two paths. You can jump right into the games with the click of a button, or do the interactive journey. The interactive journey is chock full of pictures, box art, manuals, and videos. When you're going through these items, some of them will let you go straight into the game from the article, or box art. Everything you find in this digital museum is fully explorable. You can zoom in and out. You can hide captions. You can even rotate and see the normal wear and tear of these relics. It's a really cool and nostalgic trip down memory lane, and Atari should be praised for it's deep dive into the history of video gaming, even at the cost of full exposure of the company's vulnerability. 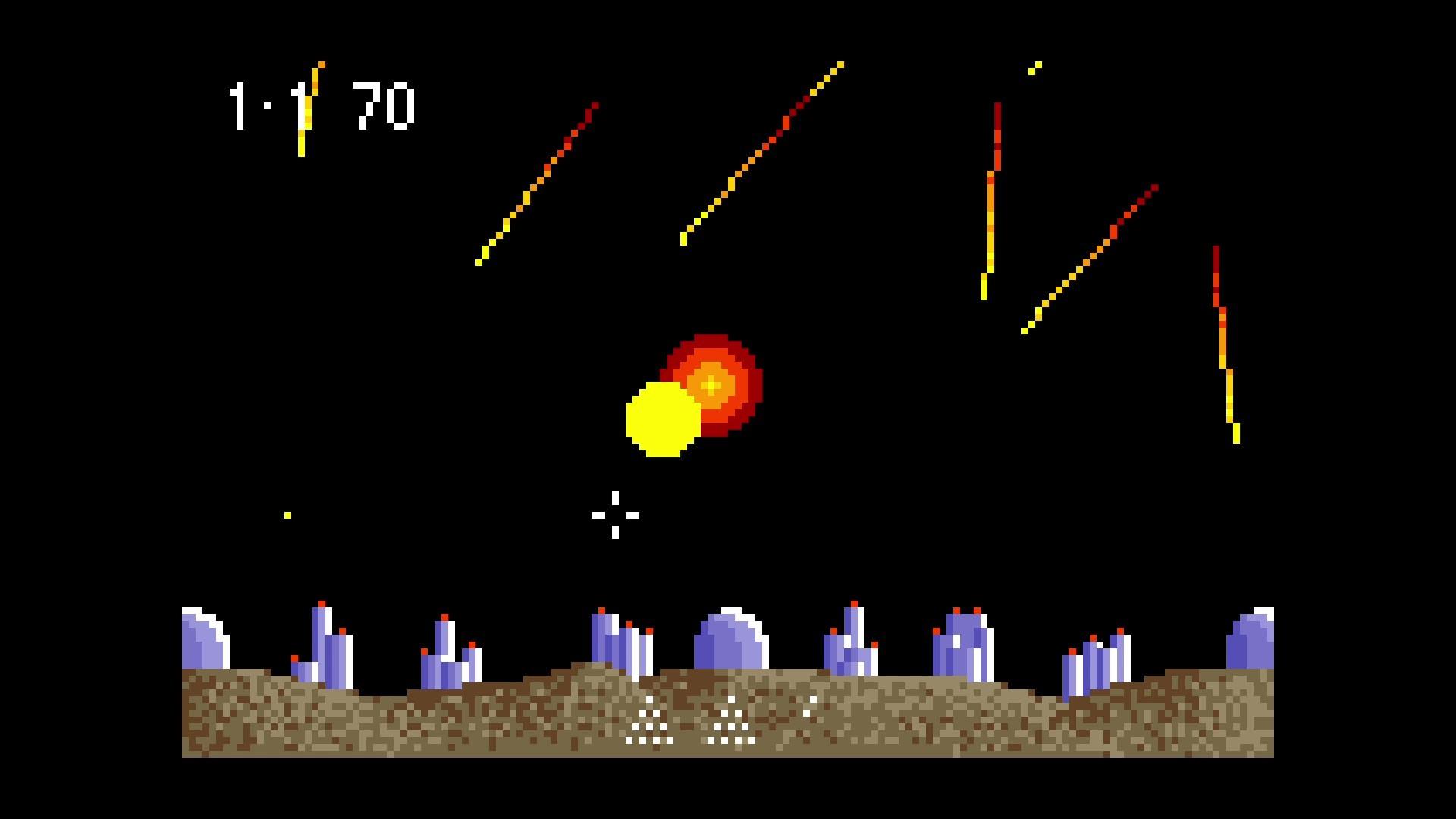 With that said, Atari knows that it is the pioneer of the industry. They know the hardships they faced. And they know where they messed up. Through this interactive journey, you get all of the emotions, feelings, and snarky-ness of these creators. But, there are things that you legitimately learn. I'll even spoil one for you. I was today years old when I found out that former Atari employees founded Activision, and became the very first third party console developer EVER. The reason? They made Atari 16 million dollars, and only made $20,000.

The deeper you go into this wonderful world of Atari, you get all the expose' that you can handle. How did their pinball business go? What happened to the Atari 5200? Did Atari do drugs? All this is answered within. You get insight on the literal burial of unsold games (I'm looking at you E.T.). There are even mentions of hand held games, and ideas never before seen.

All of the interviews are in HD, and they are full monte. They are also broken up in 5 sessions. Arcade Origins, Birth of the Console, Highs and Lows, The Dawn of PCs, and the 1990s and Beyond. As you are going through each section, you'll also see subsections, quotes, and the behind the scenes greatness. They have signed copies of boxes, sweepstakes winners, and marketing materials for both arcade and console games. There are some pretty funny interviews in here too. It's like the gang got back together and said "Yeah, we influenced Ready Player One, and yes, we didn't know what to do with the Jaguar. But hey, here's 4 versions of Swordquest." 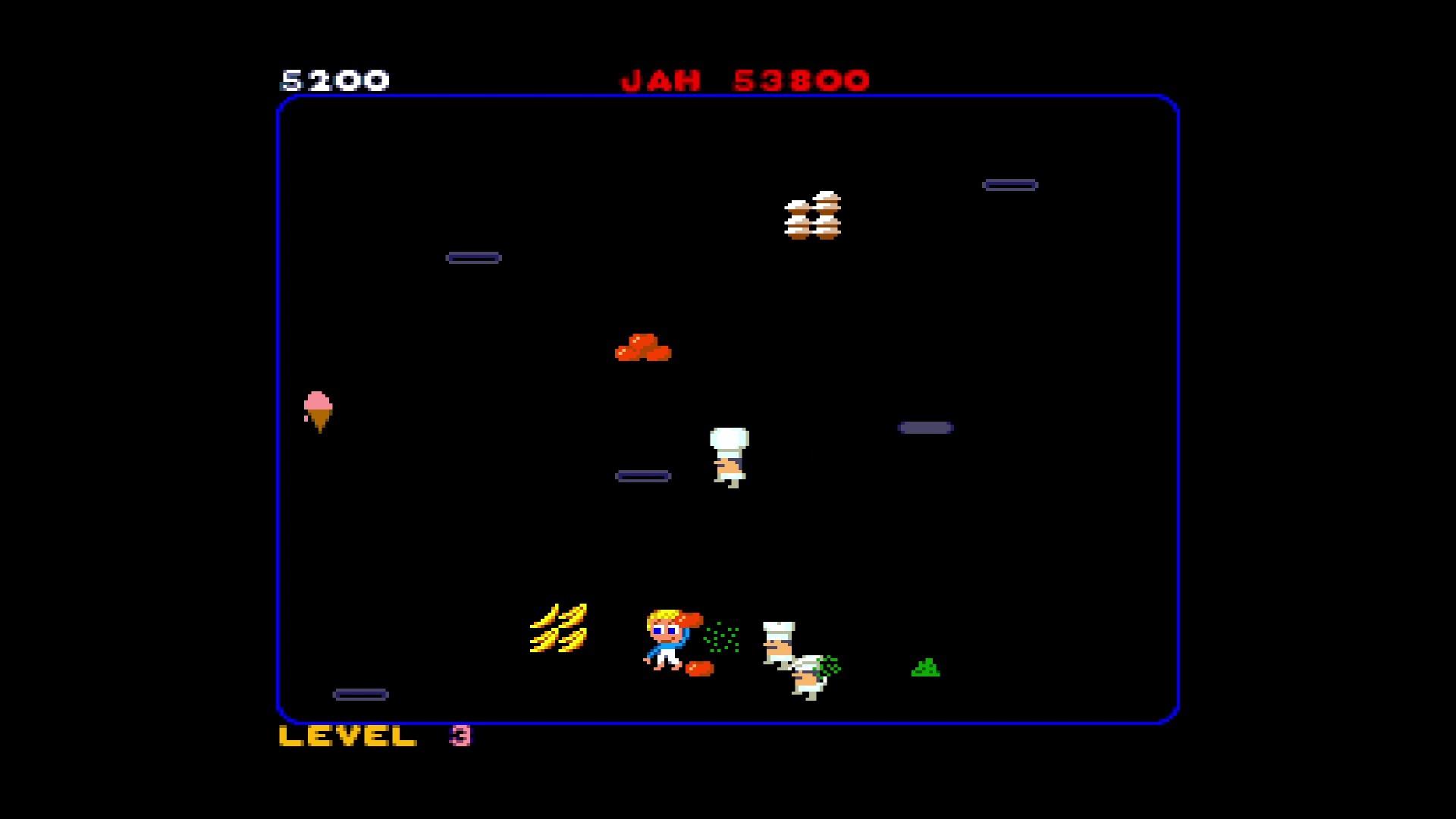 I'll reiterate that there are 80 games in this compilation. The majority is made up of Arcade and 2600 games, as that's the meat and potatoes of Atari's history. There are some arcade games on here you've probably never played, and mostly because they were there to make money. These games are still difficult. Digital Eclipse must have all these games in some secret room, because every single one of these games are faithfully reproduced.

The different options you have make these ports shine. The options vary depending on the game. For instance, you have a "glow" slider for all the vector graphics games. You can turn the border off, but don't, because the border is the sweet sweet arcade graphics on the side, and some of them are interactive. The borders can also surround the 2600, 5200, 7800, and 800 games. The lynx border is a sight to be seen. I can't believe this thing was actually a device to compete with the Gameboy at one point. Even the Jaguar has a border, which is weird. You can also use different filters. Some just flip scanlines on and off, and save yourself from turning some of the screen modes up to something other than original. Just...don't. 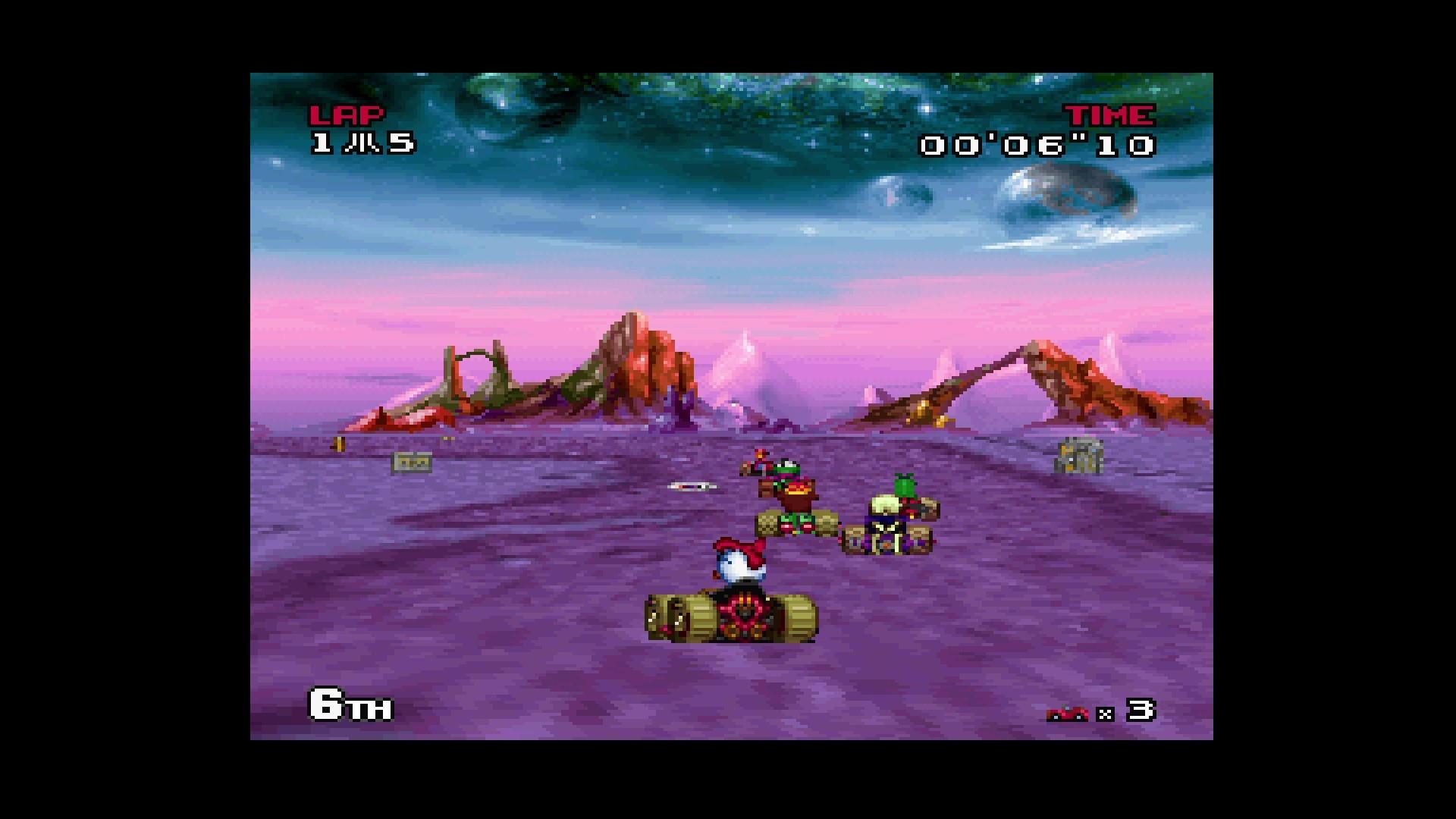 Dig further into the options and you will find the ability to load and save spots in the game. You can also reset, and get out of any game at any time with no load time. You can even fully remap your controls, and there's either an instruction manual or a flyer to go with each game to give you more info. You can still change difficulty and levels within the 2600, 5200, and 7800 games, as well as access other options in the Lynx, 800, and Jaguar games. This collection and it's options are deep. Even in the main library screen, you can sort by system, release year, title, alphabetical, and recently played. You can skip through these  I didn't think that after the TMNT collection that anyone would put that much thought into their collections, but here Atari is making good on that 50 year promise.

We then get into the coolest additions to this collection, and that is the reimagined games. There are 7 of these, and you get them automatically. Haunted Houses is a full 3D remake of 2600 Haunted House, eyeballs and all. Neo Breakout is Breakout as it starts, but evolves as you progress, and it sounds and plays wonderfully. There's also a two-player battle mode, which is highly recommended. Don't play the CPU, if you can help it. Quadratank is 4 player Combat with powerups and it is very fun.

Then there is a game that inspired Simon, called touch me. It's basically a render of the handheld game, and it's...Simon. Yars' Revenge is a full on reskin literally laid over the original. The sounds are all intact. The ultimate stand out here is VCTR-SCTR, which is a Digital Eclipse tribute to Atari's vector graphics games. You start off in the world of Asteroids, then go into a version of Lunar Lander, Tempest, and so much more. It's a twin stick shooter, and I haven't put it down. All these also have their own in-game options and easter eggs. It's a really cool addition. Swordquest: Airworld is here, and it's brand new, but I don't think I'll ever play it. Like ever. 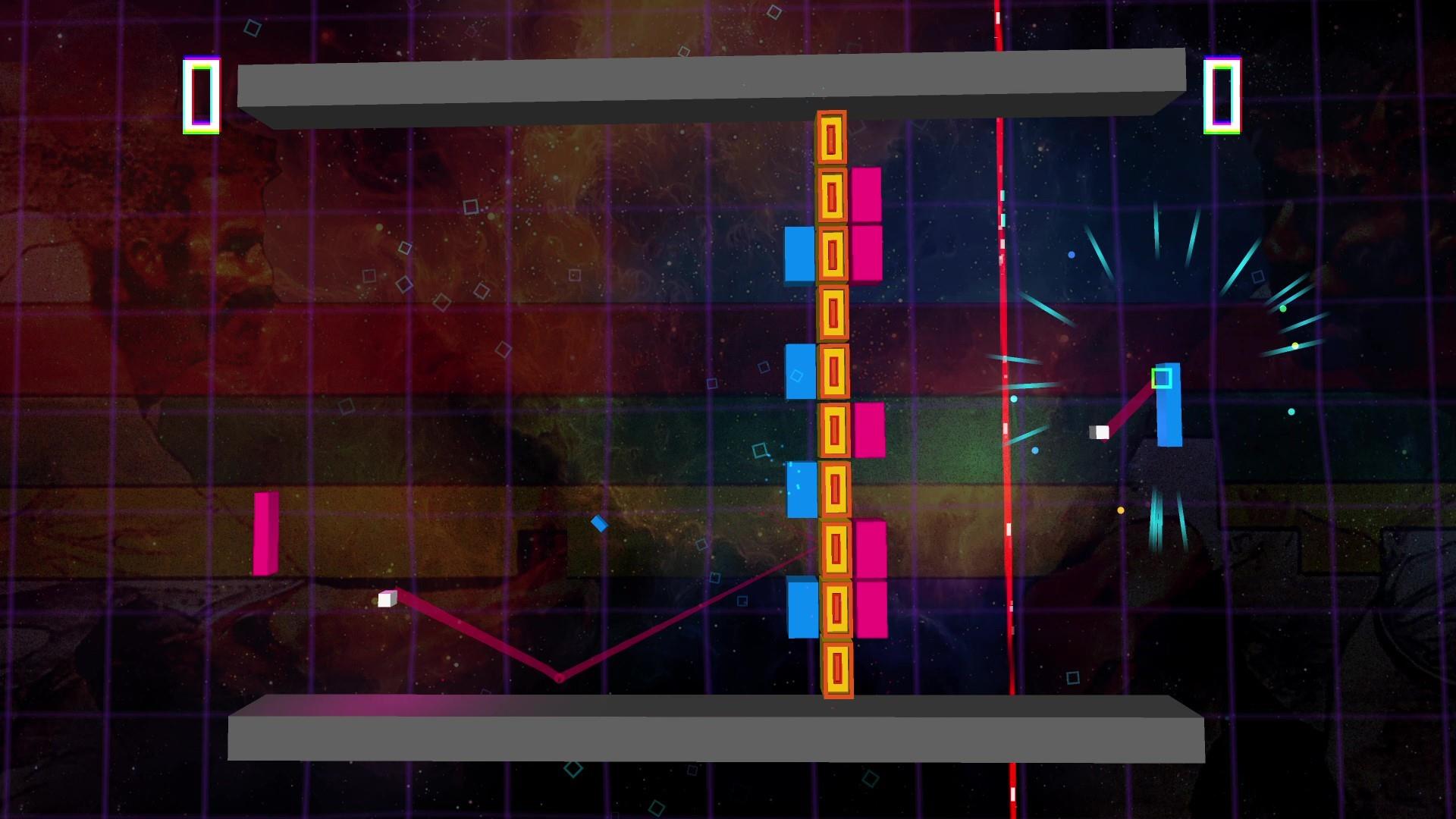 It's a really great compilation of games, but I do wish there were more 800, 5200, and Jaguar games. I do wonder why they decided to go with Millipede on the 5200, instead of the really great Centipede. I also wonder why they decided to repeat some of the same games. I definitely could've done without two versions (and the sequel) of Miner 2049er. The Jaguar titles give me validation about why I never owned a Jaguar. But it's nice to see that I was spot on about that system. Check the interviews. They know.

50 years of memories. 50 years of being the king. I love how the 50th Anniversary Collection shows the ups and downs, and exposes the vulnerabilities, of one of the greatest companies of all time. Although some games could go, and I would love to see some DLC. Digital Eclipse deserves a round of applause for this as well. You love documentaries, and you love games, so here's both. And you're going to love it.