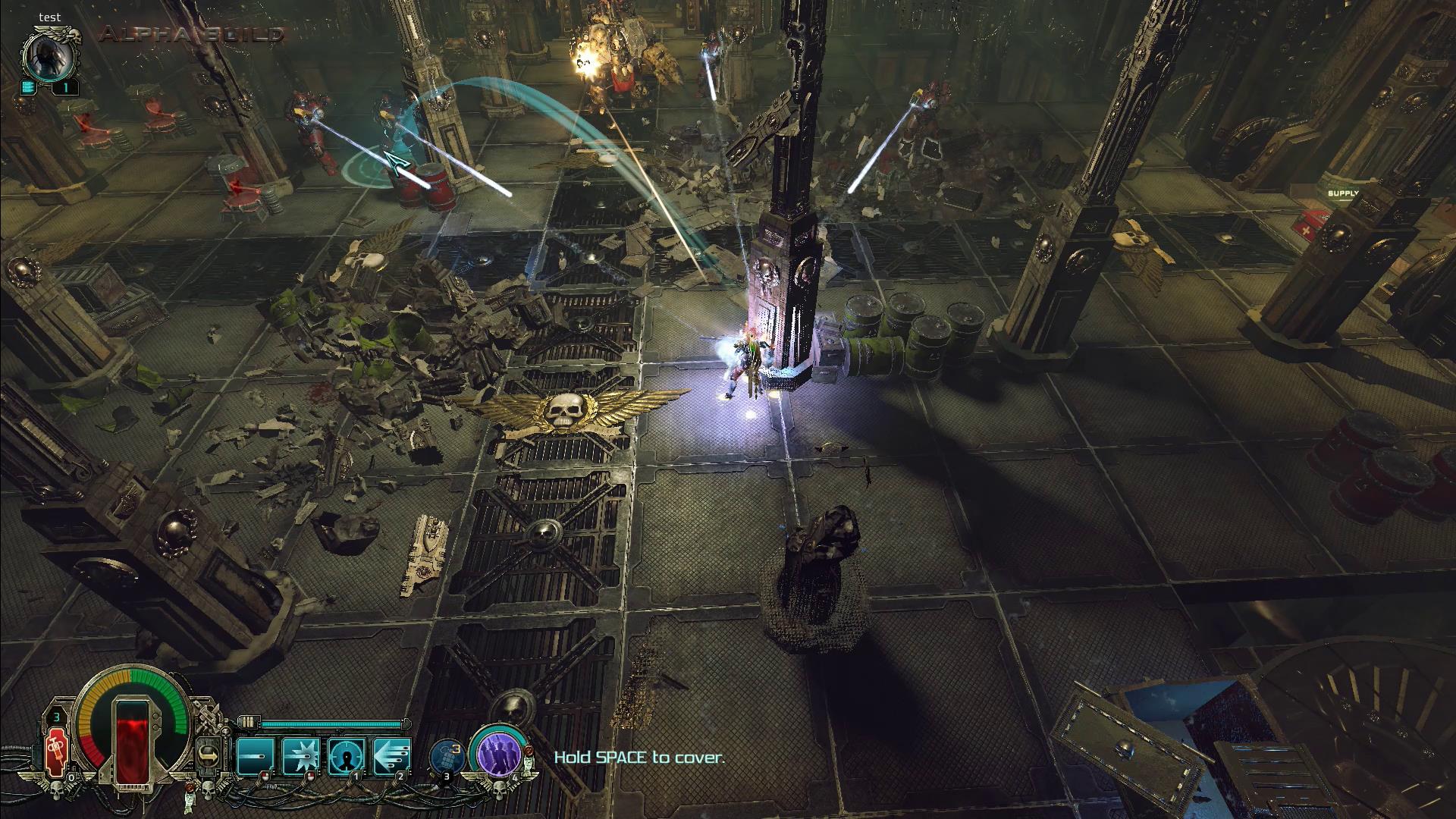 When it comes to the Warhammer franchise, I don’t even know where to begin. I don’t even know what category to put myself in regarding the fandom. Tabletop, computer, novels, 40k, fantasy, there’s a nearly endless supply of material. Warhammer is so enormous, I have never felt secure in calling myself a fan. I enjoy most things Warhammer, leaning more towards the video game side than anything else. There’s also a lot of rebooting and remaking regarding the video game side of Warhammer; Warhammer 40,000: Inquisitor - Ultimate Edition is, well, the ultimate edition of this game. The game slipped through the cracks for me; I had never even heard of it until the chance to review this version came along. It makes a lot of sense to put Warhammer 40,000 into an action RPG outside of real-time strategies an ARPG might be one of the better fits for Warhammer. 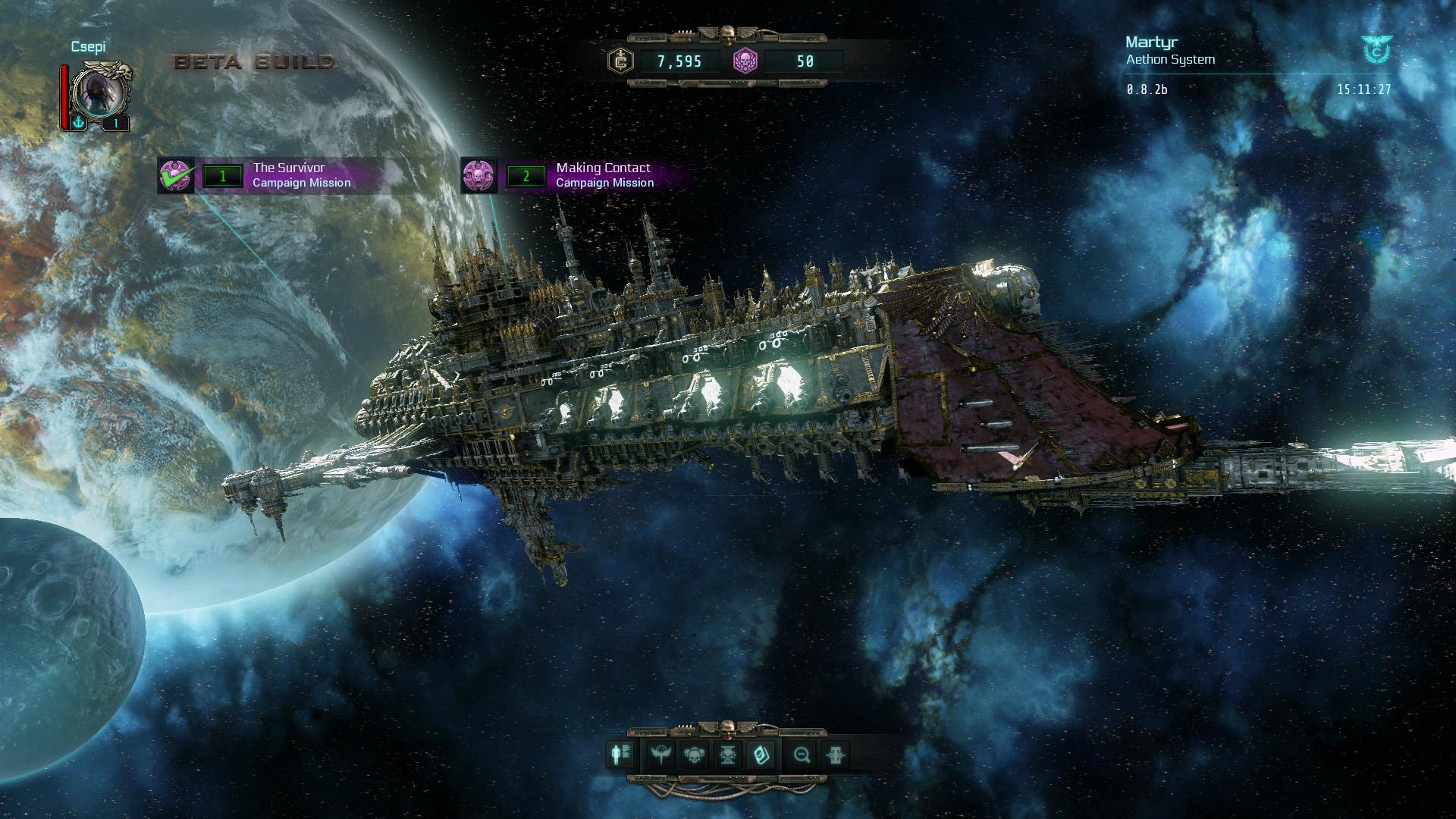 The intro of Inquisitor had me excited. Inquisitor begins with an abandoned battleship; think of a derelict giant city built on a spaceship, appearing out of thin air in the Caligari Sector; you’ve been sent to investigate this newly found ghost ship. Once you crash land on the ship - named Martyr - you learn it’s been missing for over 5,000 years. As you can imagine, chaos ensues; you go from location to location within the sector, tracking down people, attempting to find the reason and the source of a widespread epidemic in this sector, a real wild goose chase.

I was hooked by the plot early on but found it quickly became a wild goose chase of one thing to the next. Always searching for some type of MacGuffin, but none of it was as interesting as the start of the game felt. I thought the voice acting was solid but hard to get into after a few hours. I found Inquisitor to be on par with other APRGs in terms of story; nothing crazy, more of an excuse to run around blasting bad guys. Toward the end, my story motivation fell by the wayside, and I was downright confused near the end. The cinematics for Inquisitor was breathtaking; I could watch an entire film with that look.

The character creator felt similar to other ARPG titles, which is to say, bare bones. Inquisitor allows you to play in a handful of different ways, as long as it’s one of the pre-established ways they’ve made for players. You pick from a handful of backgrounds and then from one of four classes. Each class has three additional side classes, so again, there are some creative choices to make, but it never felt like I could do anything. Classic Crusader uses heavy armor and weapons; the Assassin is a faster-paced melee style. Then you have the Psyker and the Tech-Adept that play differently from traditional fighting.

I was initially interested in playing as the Tech-Adept; they are a pet class with robotic minions that fight alongside you. I ran into problems the first time I attempted to play; the game told me I should try another class as this one is too advanced for simple-minded first-timers. I later learned that this was the expansion class for players who have already played Inquisitor. I lost confidence and decided to go with the Crusader. If this game is too intense to play a fun-sounding class, I probably needed to start with the one that seemed simplest to understand. After trying the Tech-Adept later on, I would have been fine starting out with that class. 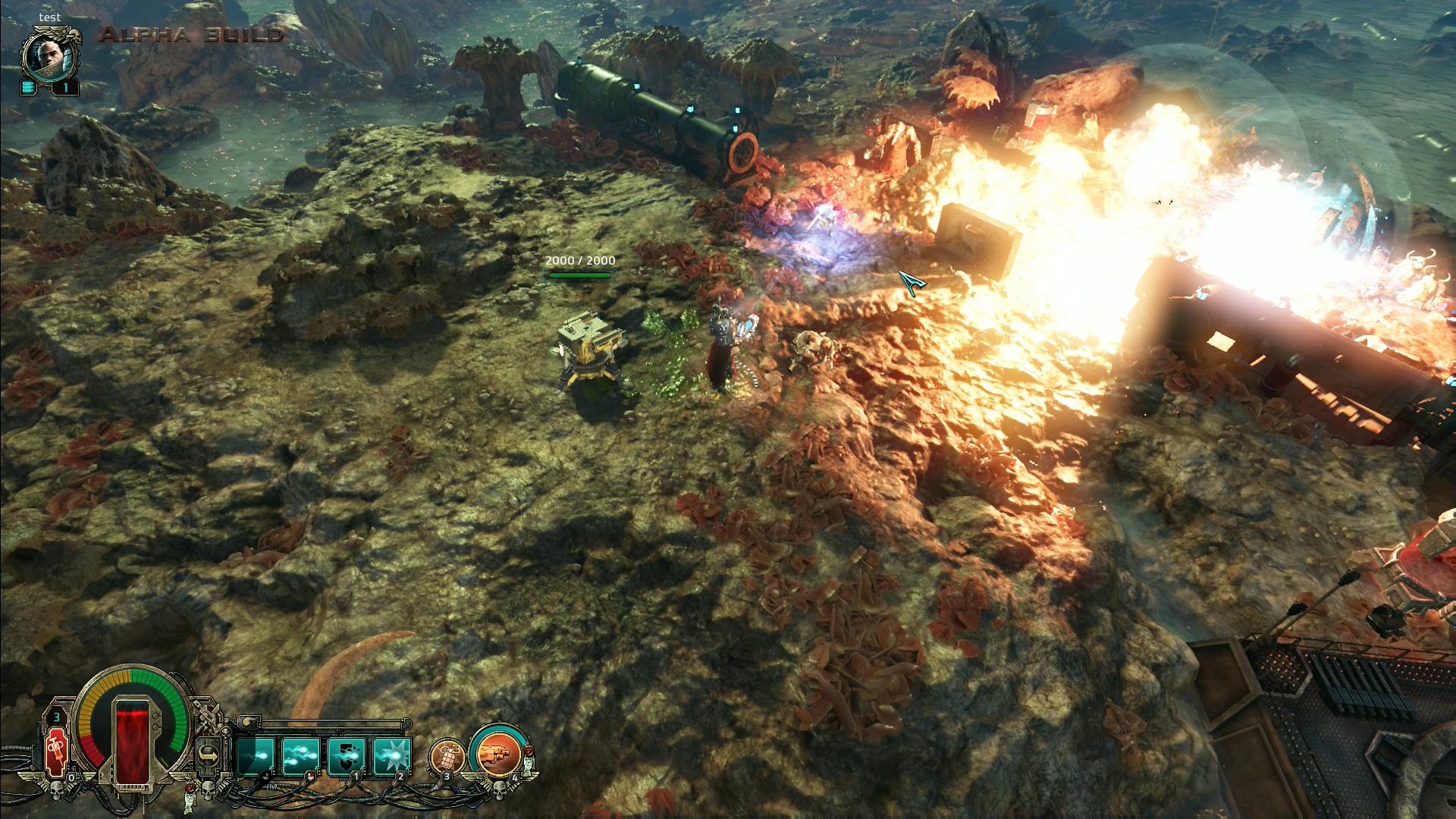 When I play an action RPG, I expect the action to be intense. Inquisitor can get crazy in a matter of seconds, but overall the action has a different feel from basic ARPG games. More often, the combat feels slower, on purpose. Inquisitor wants you to think about your actions. How do you want to react to the area? Do you want to blow everything up as soon as you see an enemy, or maybe you want to wait until you feel overrun to blow everything up? This felt like more purposeful fighting, and I liked it.

One of the features that made Inquisitor feel slow was the cover mechanics. You can take cover just about anywhere in-game. The screen frequently lights up with little blue R2s everywhere, showing all the places you can take cover. Despite Inquisitor constantly showing me where I could take cover, I never felt the need to take cover; instead, using it only occasionally. The cover feature is probably more useful when you are playing with friends. I did not play with anyone else, but I wish I would have. Like most ARPGs, Inquisitor would be best with a couple of friends to run and gun next to you. 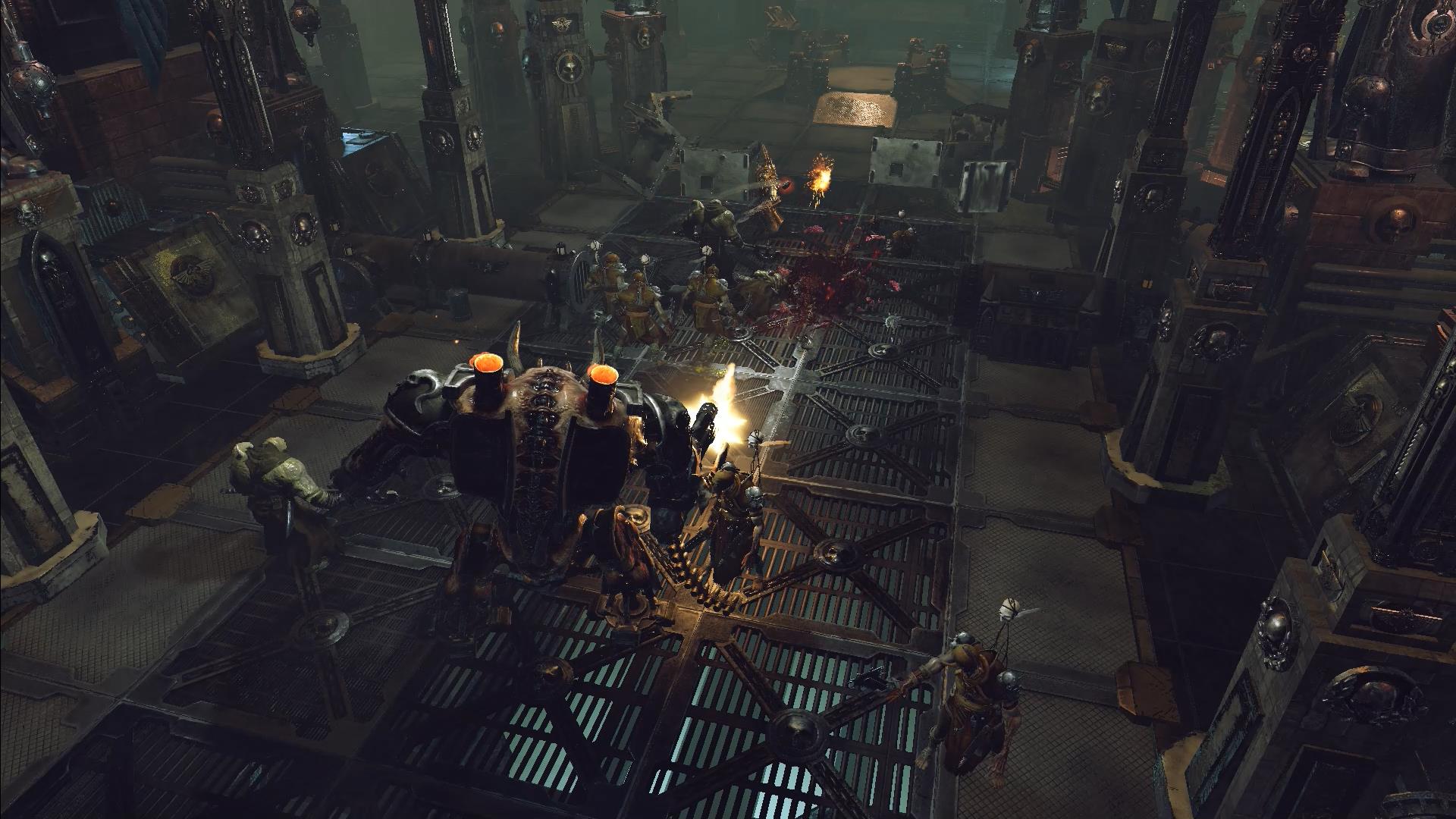 Another element that annoyed me was all the reading; I felt like I had to strain to read anything in Inquisitor. Most of the text was read out loud to me, but there was plenty, especially in the beginning to read. For example, all of the tutorials require you to read them instead of it being read to you.

While I had some issues with reading, I had none regarding using the camera. Camera settings in every ARPG need to be like that in Inquisitor. Having near complete control of the camera made getting around great. Being able to move the camera in a complete 360 degree field makes it so I never felt like I could not see the action taking place. My only issue with the camera was forgetting I could move it so freely. A few times, I got myself turned around because I would change the camera angle. But pulling up my mini-map, also just a D-pad button away, would fix that instantly. 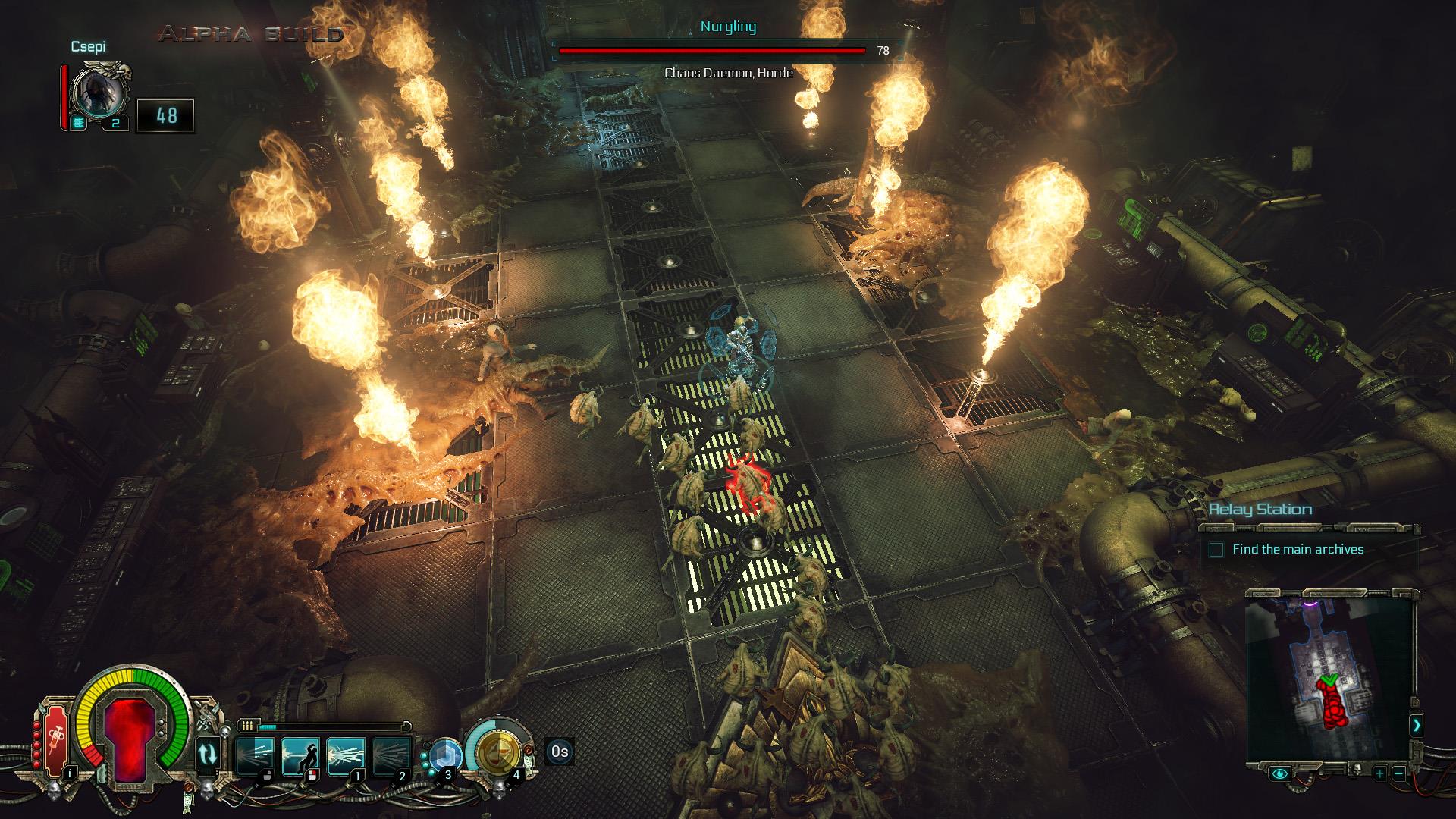 I loved the use of the PS5’s microphone to further the immersion in Inquisitor. Hearing my character talk on the television screen and having someone else reply through the microphone on my controller gave off the feeling of communicating with someone through a radio. The execution was flawless. I’m glad that Warhammer 40,000: Inquisitor - Ultimate Edition is getting DualSense support in a later patch down the road; I know that will add to the immersion of this version.

Warhammer 40,000: Inquisitor - Ultimate Edition does some things that set itself apart from other ARPGs. A slower pace of combat makes fighting feel more personal; your decisions matter. The controller support on PS5 is excellent, along with the camera settings. But there are some bumps along the way. There are plenty of missions, but I couldn’t keep my interest in the game long enough to be bothered. As someone who likes, but doesn’t love, Warhammer, I don’t feel the Warhammer 40,000 overlay is enough to sustain my interest.

Is Warhammer 40,000: Inquisitor - Ultimate Edition the best action RPG that isn’t about the devil guy everyone knows about? No. Is this a groundbreaking ARPG? Also no. Is it great for those who are super into the Warhammer lifestyle? Probably. A few gameplay elements felt like frustrations instead of straight-up turn-offs. Text that is hard to read, combat feels less action-packed, and the cover mechanics confused me. But there are plenty of bright spots for people who like ARPGs to enjoy. The way the missions work, you could play this indefinitely if you don’t get bored of the repetitive action that most ARPGs tend to provide. Warhammer 40,000: Inquisitor - Ultimate Edition isn’t a ground-breaking formula shift to ARPGs. Instead, it’s a well-made ARPG that makes you feel like you’re playing in the world of Warhammer 40,000.