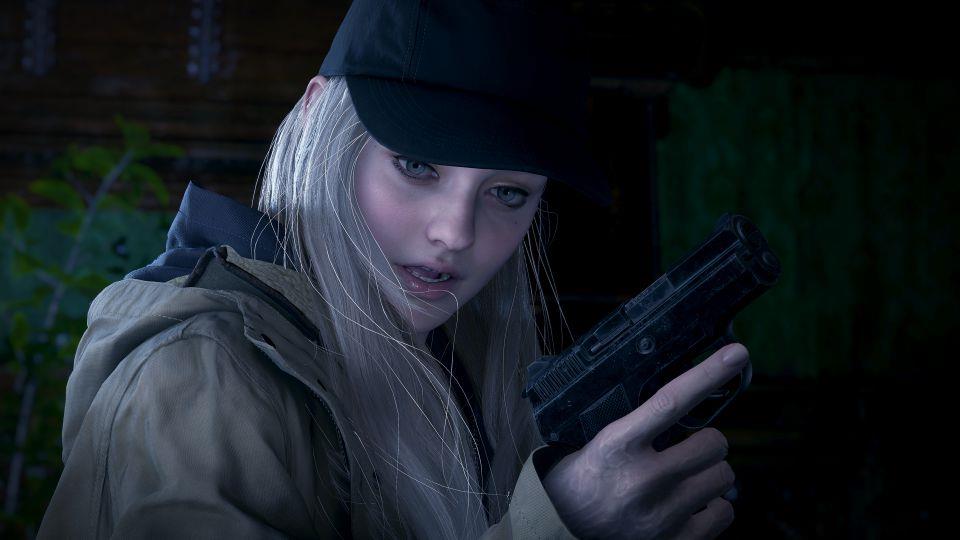 We here at Gaming Nexus previously reviewed Resident Evil Village, and gave Capcom's return to form a crispy 9.5. We praised it for it's combined elements from Resident Evil 4 and Resident Evil 7. And while the previous review was played on the Playstation 5, I played the Stadia version. When the Winters' Expansion DLC was announced, I was a little worried because Stadia had revealed it's untimely demise. Capcom came through though, and I got my hands on the story that takes place 16 years after Village. And I'll say right now, I was wrong about Ethan Winters. 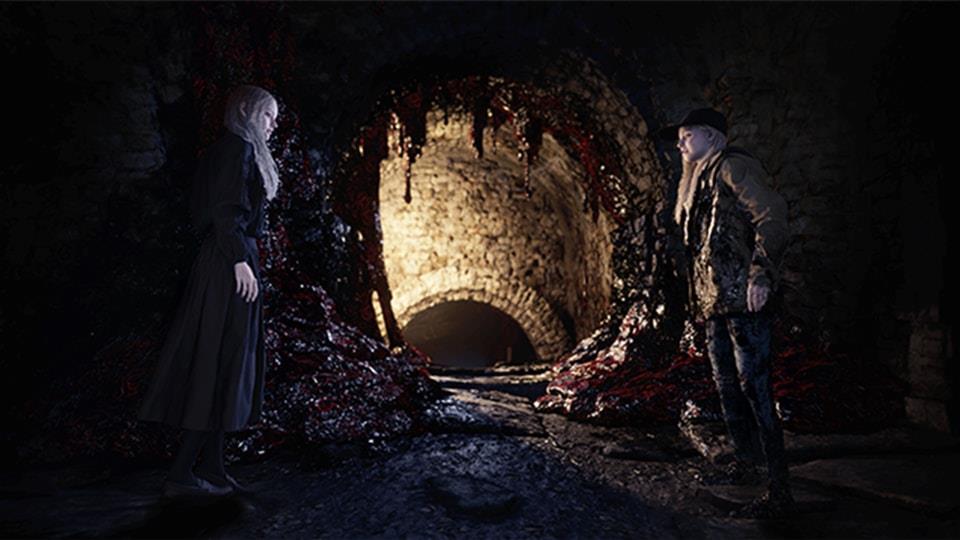 Some back story. I have played every mainline Resident Evil game, except 6. I should play 6, but I don't want to. When I got 7, way after it's release, I was terrified. Absolutely terrified. I did question Ethan's motives. Why would you follow Mia to that house? Then after she turned on you, why would you stay? I screamed at Ethan to just leave, because if it were me, I would be out. Then I made it to the end, and I was stuck in the space between wanting to know what happens next, and not playing the inevitable 8th edition, because...fear. Three years later, we got the story behind Village. And when you play Village, you slowly but surely stop questioning Ethan's motives. You get it, even if it's just from a moral perspective. And yes, this is a spoiler free review for all of those games.

The Winters Expansion puts you in the game 16 years after the emotional rollercoaster that was Resident Evil Village, placing you into the role of Ethan and Mia's daughter, Rose Winters. Rose has grown up, but not without ridicule and bullying. See, Rose is built differently. She's got some abilities that make her stand out, and she just wants a normal life. She wants to get rid of these abilities, and once she finds the way, she dives in head first. She meets up with a man named K, who says he has figured out how to have her slip into the consciousness of a piece of the mold. After no time at all, Rose agrees to take part in this experiment. And as you'll see, the Rose doesn't fall far from the tree.

This expansion puts you in some real familiar territories from the jump. Just as Ethan did, Rose has no weapons starting out. When it comes to controlling Rose, there are some differences. You play with her in third person. You cannot heal from in-game action. You have to open the menu and choose the first aid in order to heal. It's a little weird at first, but it gets easier. You are also "helped out" in the game from a guide named "Michael", also born of this deep dive into the consciousness. He...it?...will give you your first gun and is with you through most of the game. 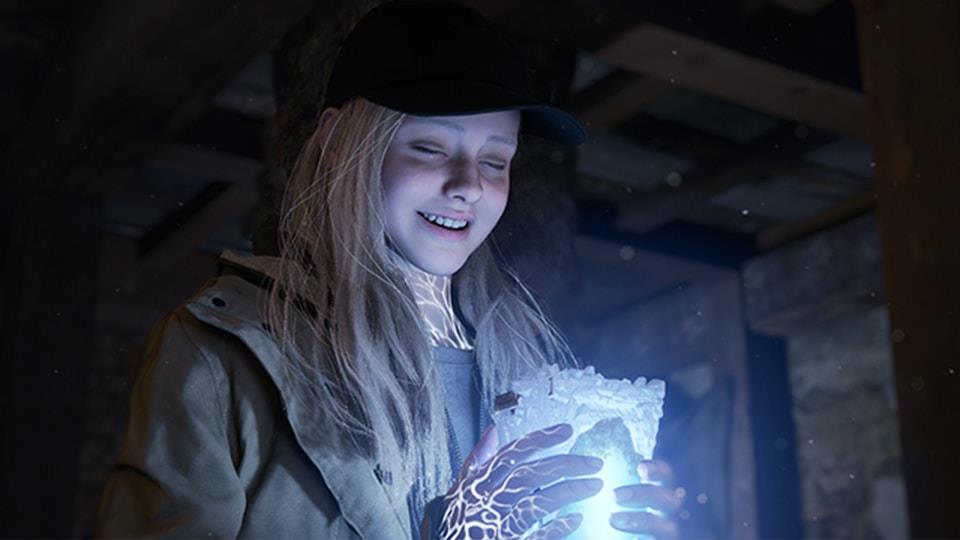 Michael is not there to carry you though, so don't make that mistake. You never have to worry about overdoing it in your inventory, because everything you pick up, you will 100% use. And that includes the bullets, first aid, and everything else. You do gain an ability to use your powers to stun enemies before they inevitably grab you. And believe me, they will. Those powers will be amplified as the game progresses. They will get more range and longer stun time. Rose can craft bullets, first aid, and pipe bombs. The game starts with a familiar face as it's first antagonist. It's the Duke, the shop keeper from Resident Evil Village. Why he is the antagonist befuddles me. But it is the mold's consciousness, so why even bother trying to figure it all out? Just play. It'll come to you.

Monsters are present and a-plenty. Maybe not as much as Village or 4, but they're here. The beginning monsters are slow, but they take a LOT of shots to take down. There's also your occasional mini-boss, and dealing with what is a mixture of Nemesis, and Urias (the hammer wielding boss from Village). The enemies get much worse as the game progresses. When they come in contact with you, they are terrifying. When you lose - not if - the death scenes are nightmare fuel. These images stick with you.

The puzzles in this game are a mixed batch here. Some of them are a little Resident Evil-esque frustrating. The others are fail-safe. You can't mess them up. There are only a couple of keys to find too, so that's a good change. I do want to point out that in the previous game, the map would tell you if you've found or completed everything in the room. In this situation, there may be something you haven't done to get into a door, but you won't necessarily know what it is. Use that free camera to search EVERYWHERE. Trust me on this one. 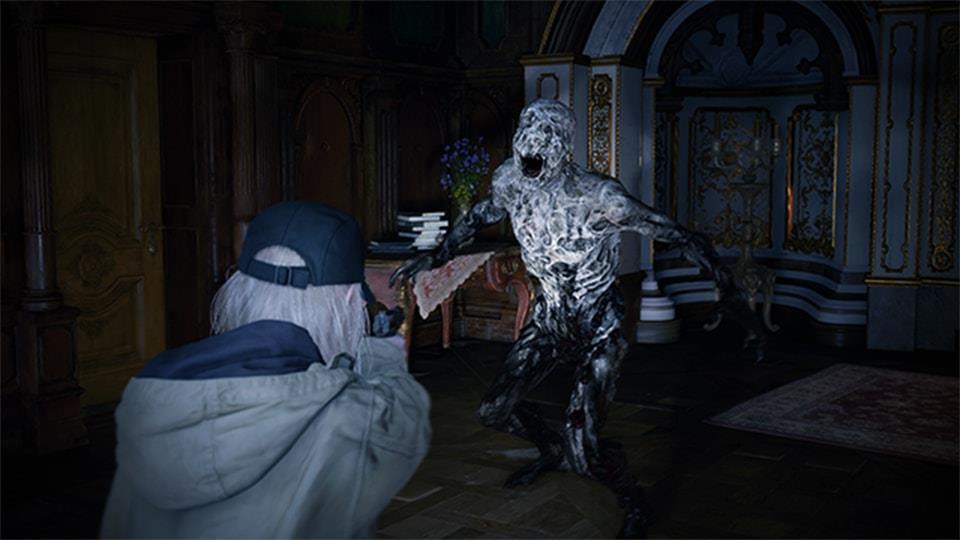 I hit credits about 4 hours in, though I'm sure it could be beat faster. Winters' Expansion does tie up a lot of loose ends - for me, at least. It answers a HUGE question, and it also raises new ones. The monsters are relentless, the reveal at the very beginning is shock worthy, and the story here has you glued to the TV/Monitor for the duration. T

There's also the Mercenaries DLC, which adds new stages, and new characters. Now you're able to slaughter hordes of enemies with Chris Redfield, Lady Dimitrescu, and Heisenberg. The Mercenaries content was always cool, so this was a nice and extremely fun addition. The DLC adds third person view to the original Resident Evil Village game, and I honestly think Capcom should've just let the mod community do their thing. Part of the reason that Resident Evil 7 was terrifying was because it was in first person. And the Beneviento house feels a little less scary when you can see things coming. I will say it works beautifully for Rose though, so I don't know why I prefer Ethan in first person view. More so, there is a part in the Rose expansion that probably wouldn't have worked in first person, and it is indeed terrifying. The game doesn't let you change this feature in-game, so once you're in, you have to leave the game and change it from the main menu. I just don't think it was needed.

The Winters' Expansion ties up some loose ends, and allows you to revisit the game 16 years later. It's a short but fun romp back into the village. The Mercenaries addition is also really fun. The third person view is a little much, but if you want to find out what happened at the end of Resident Evil Village, this will surely fulfill your desires. Is Rose the future of Resident Evil? I'm here for it.