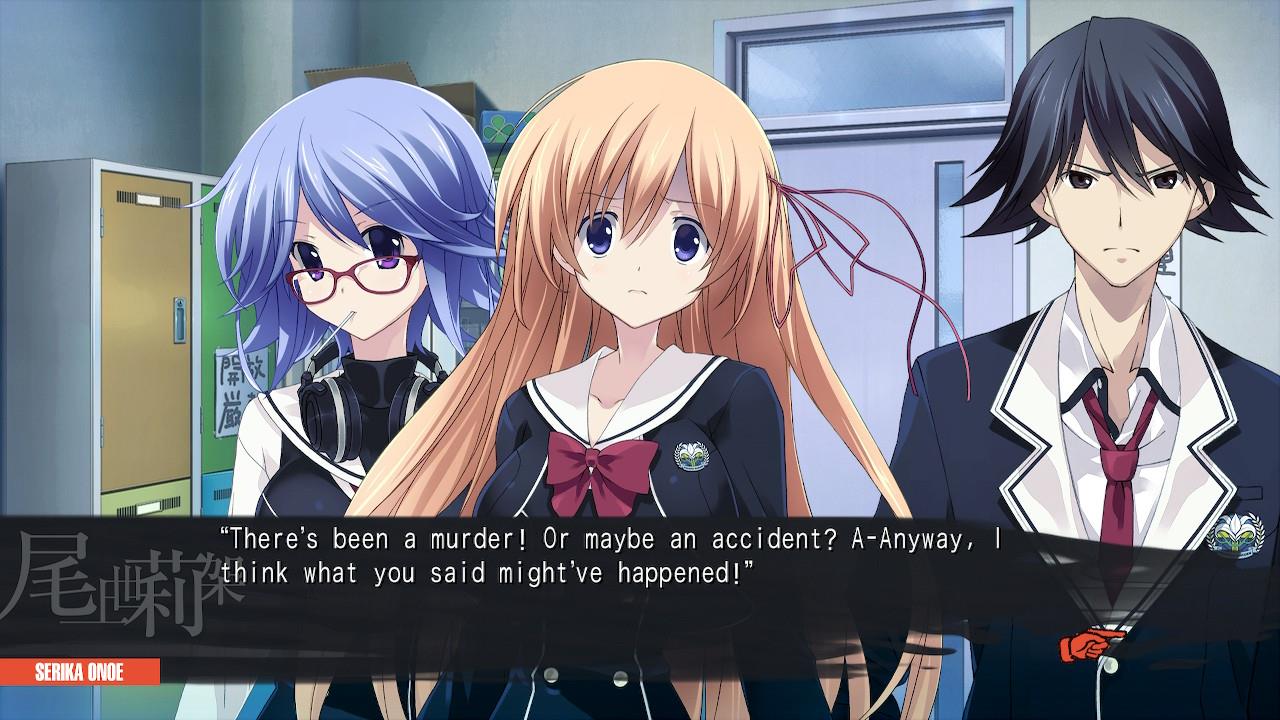 Warning: This review will include brief discussions of suicide and sexual assault.

The Science Adventure visual novel series has been ongoing for quite some time, but only now are fans in the West been able to enjoy the entire series. Until a few years ago only Steins;Gate, Steins;Gate 0 and Chaos;Child were available to read. Then we got the Robotics;Notes double pack which included Robotics;Notes and Robotics;Notes: DaSH. But even after all those games were released there was still one that we needed to get to finish out the series. That game is now here with the Chaos;Head:NoAH/Chaos;Head Double Pack. This double pack gets you both Chaos;Head:NoAH and the sequel Chaos;Head together and as with this review, the first time either of these games are available on the Nintendo Switch.

The star of this double pack is of course Chaos;Head: NoAH, as this is the first time this game has been available in the West. This is pretty significant because this is the first game in the Science Adventure series. Taking place in Shibuya you play as Takumi Nishijou, a major otaku that spends most of his time in his shipping container home, playing MMORPGs and lusting over his favorite anime waifu when a series of gruesome murders, called the New Generation Madness, start taking place across the city. Unfortunately for Takumi he becomes involved with the murders when he witnesses one taking place while walking throughout the city. Takumi will also meet characters who seemingly have various powers such as the ability to read peoples minds, the ability to project what a person is thinking into reality and more. These characters also have a part to play in the overall scope of the story. 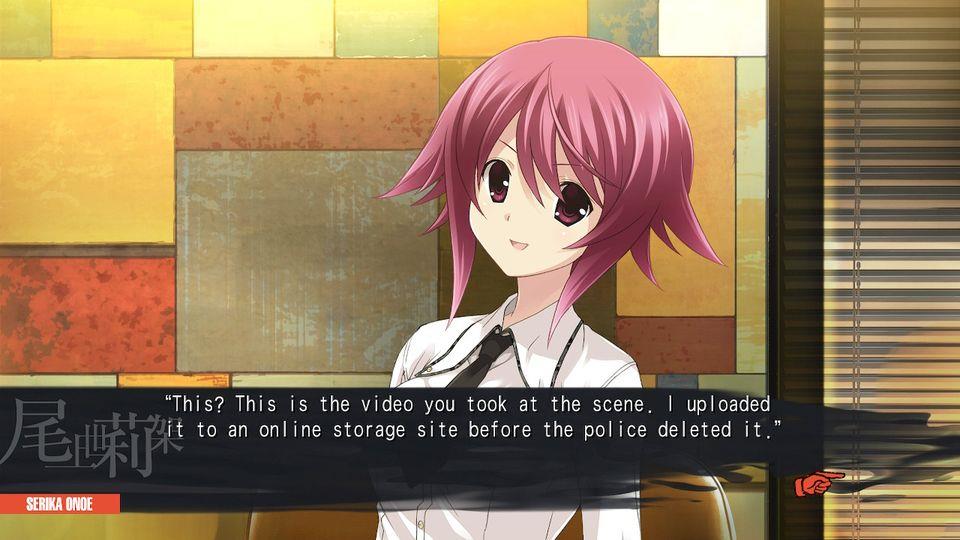 Since this is a visual novel, you will be doing a lot of reading. Unlike other visual novels like Danganronpa or Phoenix Wright, there is very little gameplay here. The biggest gameplay elements will come from when your character has "delusions". At various points in the game, you can press the L or R button to choose whether to have a positive or negative delusion about a situation your character is in. For instance, early on in the game you meet a character who is suspicious of you. Choosing a negative delusion may play a scene in which the character tries to kill you before you snap back to reality. Choose a positive delusion and she may throw herself on you are profess her love. These delusions can get quite silly, but they have a huge impact on the story later on.

Chaos;Child is the sequel to Chaos;Head and takes place six years after the events of the first game. While this is a sequel, it features a new cast of main characters, though there are a couple from the first game that return. This time around, the game focuses on some of the innocent bystanders of a major event that happens in the first game. You play as Takuru Miyashiro, a member of the school newspaper club who all start investigating after it appears that a bizarre series of murders in the city may be connected to the murders from the first game. 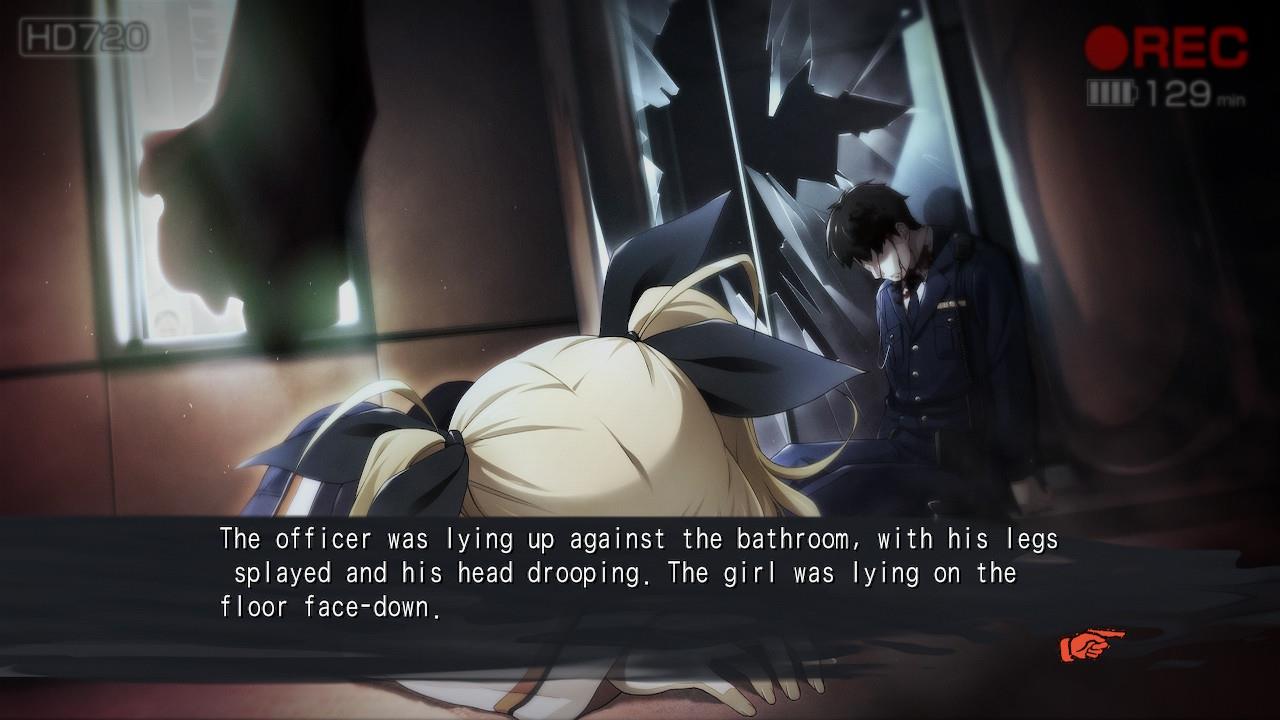 Much like the first game, Chaos;Child also features the delusion trigger system. At points in the game you can choose to have positive or negative delusions which will mostly result in you or your female friends being hurt or murdered with negative delusions or fan service sexy scenes where you imagine the girls in their underwear or them throwing themselves at you and wanting to take them to bed. Unlike the first game where Takumi was trying to stay away from the murders at all cost, here you have a group of characters who thrust themselves into the investigation since they are part of a journalism club. Personally I think this makes Chaos;Child the stronger of the two games.

The thing about both of these games, and all of the Science Adventure games including Steins;Gate, is that at first the main protagonists are pretty obnoxious. They are usually huge otakus who don't have many friends, that whine and complain all the time, and this can be a huge turnoff for some. My advice would be to stick with it because if there is one thing the Science Adventure series is good at is character development and slowly throughout the game, as events are unfolding, the main characters will usually mature and value their friends and find a reason for living. 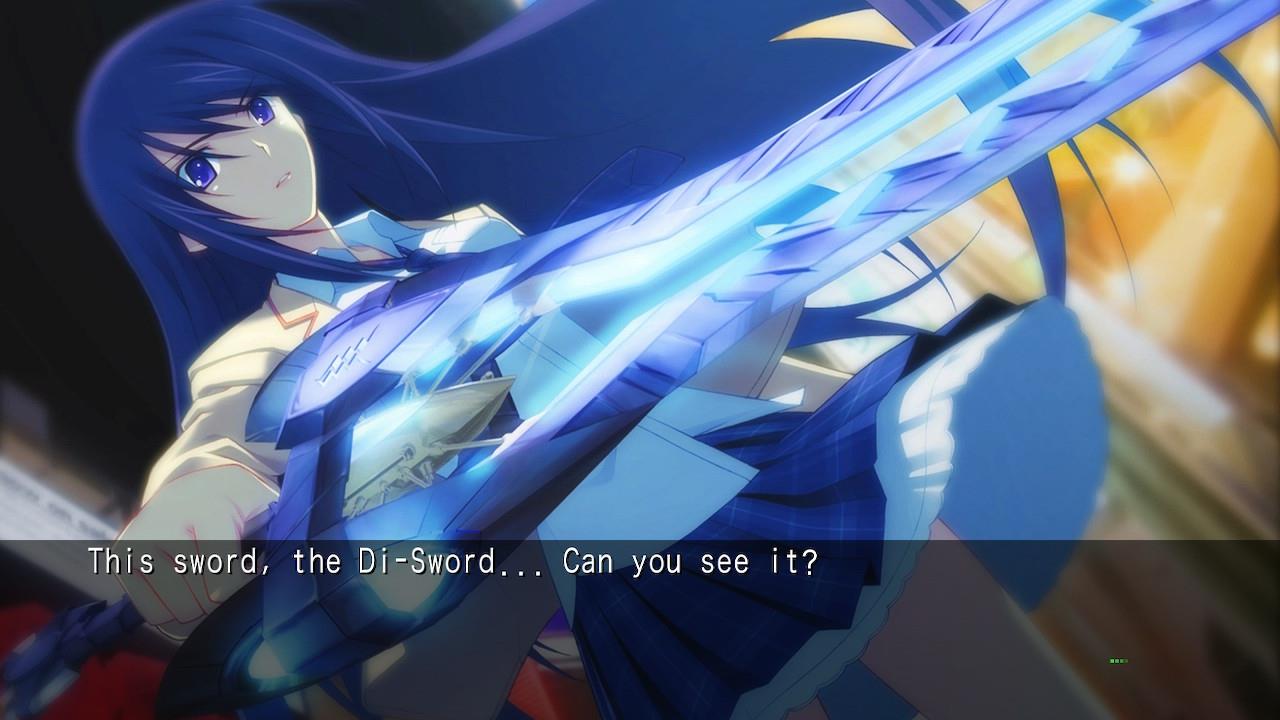 Both of these games are absolute behemoths in terms of length. Depending on your reading speed (mine is not quite as fast as most) you are looking between 40-60 hours for each game in terms of getting all of the endings and true ending. Each game will lock you into the common route the first time you play through them. Personally I think that Chaos;Child is the better of the two games. It has a lot of quality of life updates compared to the first one and I think the story and writing are much better than Chaos;Head. The major plot twist hits so much harder in Chaos;Child and once it does, it does NOT let up at all and becomes a wild ride right to the true ending of the game.

Chaos;Child also has a bit more gameplay involved. Since you and your friends are part of a journalism club, there is a corkboard in your office in which you keep track of all the murders taking place along with suspects, information about the case and more. You will be coming back to this corkboard many times and at one point have to place information, pictures and more on it yourself in order to advance the story. Plus the music in Chaos;Child much like Steins;Gate is absolutely phenomenal, perfectly fitting the tone of the game and something that I will be playing on repeat whenever I need background noise in the future. 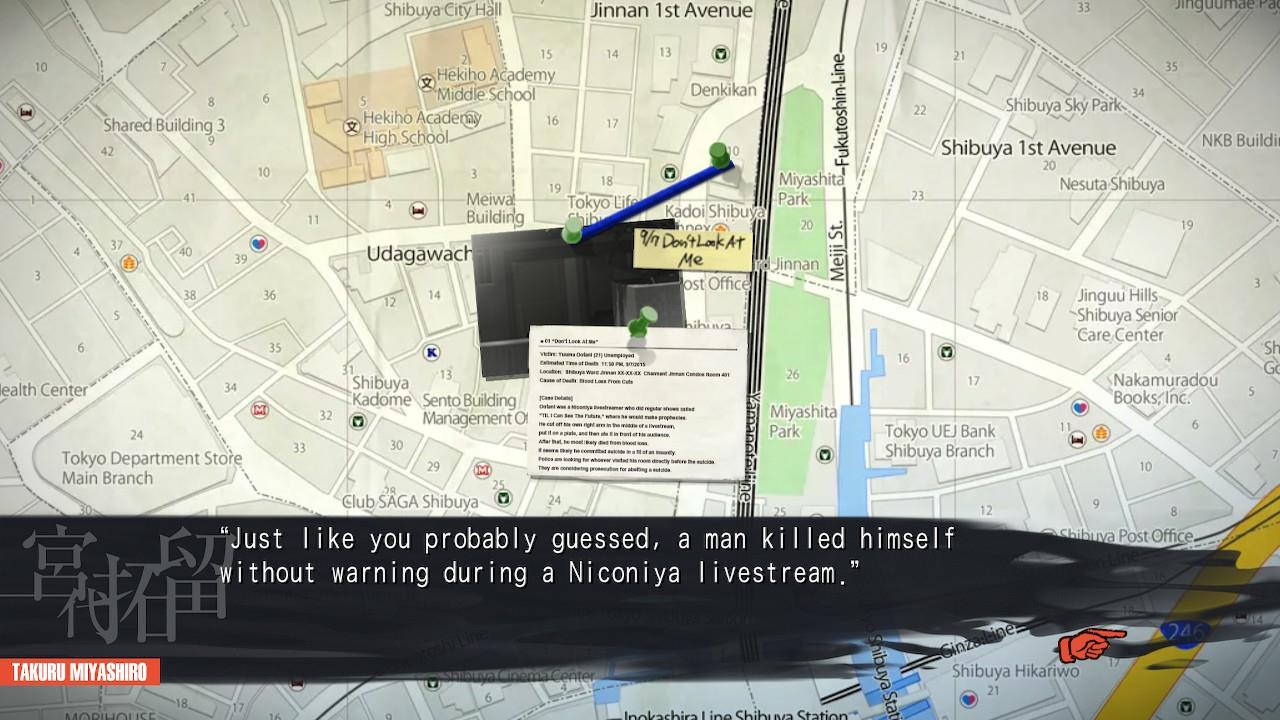 In terms of content, Chaos;Head and Chaos;Child make Steins;Gate and Robotics;Notes look like Sesame Street. Anyone who thinks about playing these games should know that these are unrelentingly brutal games. The blood and gore and subject matter of these games earn its Mature rating. Aside from blood and gore, these games deal with numerous mental health issues and main characters who can have negative delusions about themselves or other characters. Fair warning that there are a few delusion scenes that deal with sexual assault of the female cast members and without getting into details or spoilers, Chaos;Child features an absolutely horrific murder right before the true identity of the killer is revealed that will churn the stomachs of anyone with a soul.

Seriously, I have watched horror movies all my life. I love slasher movies but this is a death and a murder scene that absolutely shook me to my core and made me sick to my stomach. Trust me, you'll know it when you see it. Personally I have no issues with this kind of subject matter nor would I hold it against the developers or deduct points for the score from it, but I feel like this is one of those visual novels that simply might not be for everyone, and that's fine. 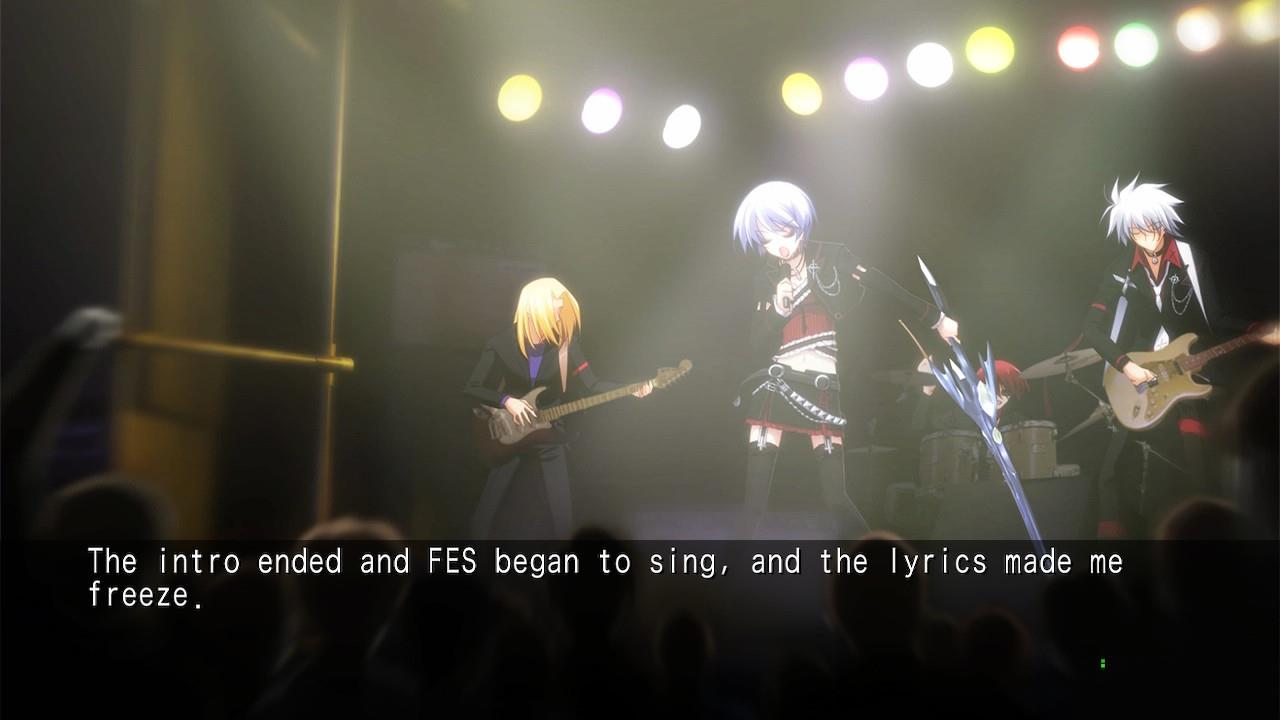 The biggest problem with both of these games is that the translation is not as good as it could be. I never played the original Japanese release, nor did I read any fan translations, so I can't comment on how good or bad of a job they did in terms of converting the story properly, but I did notice that both of these games suffer from grammatical errors. It really seems at times like they used Google Translate as there are misspellings, sentences that make no sense the way they were written, wrong punctuation, and formatting errors. It doesn't happen for the entire game, but when it does it's very noticeable.

Also it seems like there may be a bug that prevents you from seeing the final movie on the true ending route in Chaos;Head, which also means you can't get 100% completion. I guess you could just go watch the movie on YouTube or something, but this should have been caught before the game was released. Also in both games to get all of the endings, the delusion trigger system comes into play. In order to get certain endings you need to pick certain positive or negative delusions at certain points in the game. Trust me on this, you're gonna need a guide. Since these games are so long, having to hold down the skip button to get back to pick certain triggers and then get to the point where the game branches off can get tedious fast. Just use a guide so you don't have to skip through the game multiple times and not get the ending you want.

Even with those problems both Chaos;Head and Chaos;Child are fantastic visual novels. They kept me engaged throughout because they constantly drop bits and pieces of the overall story, and keep your head flooding with various theories about who the killer is, when the next murder is gonna happen, and what the hell is going on with characters like mysterious characters like Shogun and Senri. The grammatical errors do get annoying at times but at least for me, they weren't constant throughout the whole game and were not egregious enough to make me want to stop playing. The value you get here for your money is pretty fantastic as you get two 40-60 hour visual novels for the price of one in a single package.

Wonky translations aside, both Chaos;Head NoAH and Chaos;Child are filled with great characters, fantastic murder mystery whodunit stories and some twists that blew my mind. These games certainly won't be for everyone though. If you can stomach the disturbing subject matter of the games I highly recommend giving them a shot, especially if you are a fan of Steins;Gate or Robotics;Notes. It's finally great that the entire Science Adventure series is now available to play in preparation of the next game Anonymous;Code releasing next year.