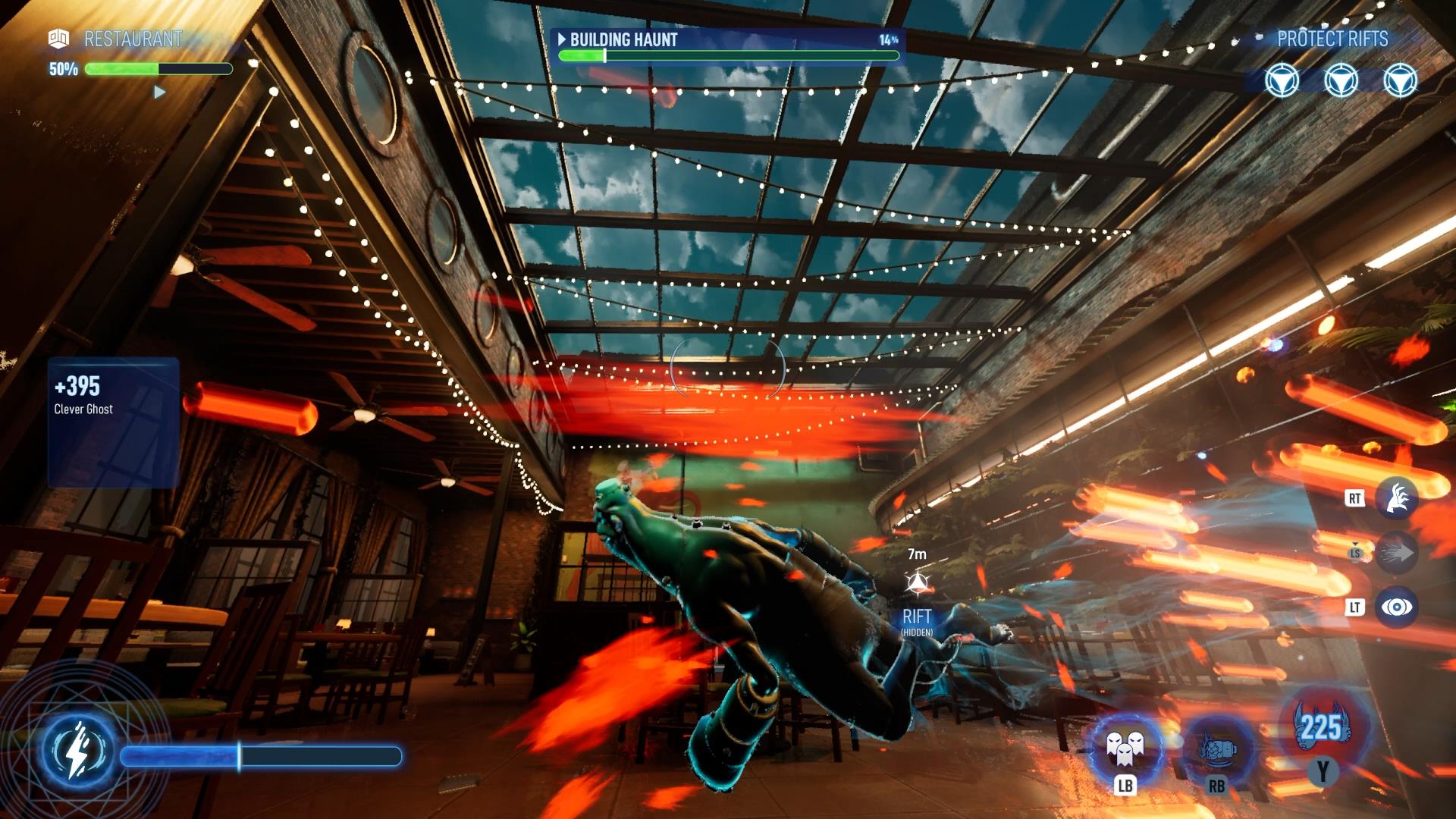 Written by Elliot Hilderbrand on 10/17/2022 for PS5
More On: Ghostbusters: Spirits Unleashed

I’m a Ghostbusters guy, I guess. I’ve watched all the movies, I was really into the cartoon, and I used to drink Ecto-Cooler like it was going out of style. I’m a fan, but nothing crazy. The idea of a 4v1 Ghostbusters game where I can play as either the ghost of the buster, sign me up. I love everything about the 4v1 style games; the only issue I have is that they require four other friends to play with. The older I get, the harder it is to schedule anything with anyone that isn’t my wife. She lives with me and can’t ignore me all the time. I’ve played a few of the 4v1 games with other members of Gaming Nexus, and even trying to find a time that will work with enough of us has been problematic.

When you first boot up Ghostbusters: Spirits Unleashed, you create your ghostbuster and follow a short tutorial about using your weapons, tracking ghosts, and understanding the basic gameplay elements. I was surprised to find that Spirits Unleashed is a sequel, perhaps picking up where the most recent film left off. The old firehouse from the original movies has been refurbished, and a new team of Ghostbusters, that’s you, has been brought on board. But it’s not all new faces; Dan Aykroyd returns to voice Raymond Stantz; he’s recently opened up a new spooky bookshop across the alley from the firehouse. Ernie Hudson is back as Winston Zeddemore; he’s the one footing the bill for everything you do; as well as signing your paycheck. 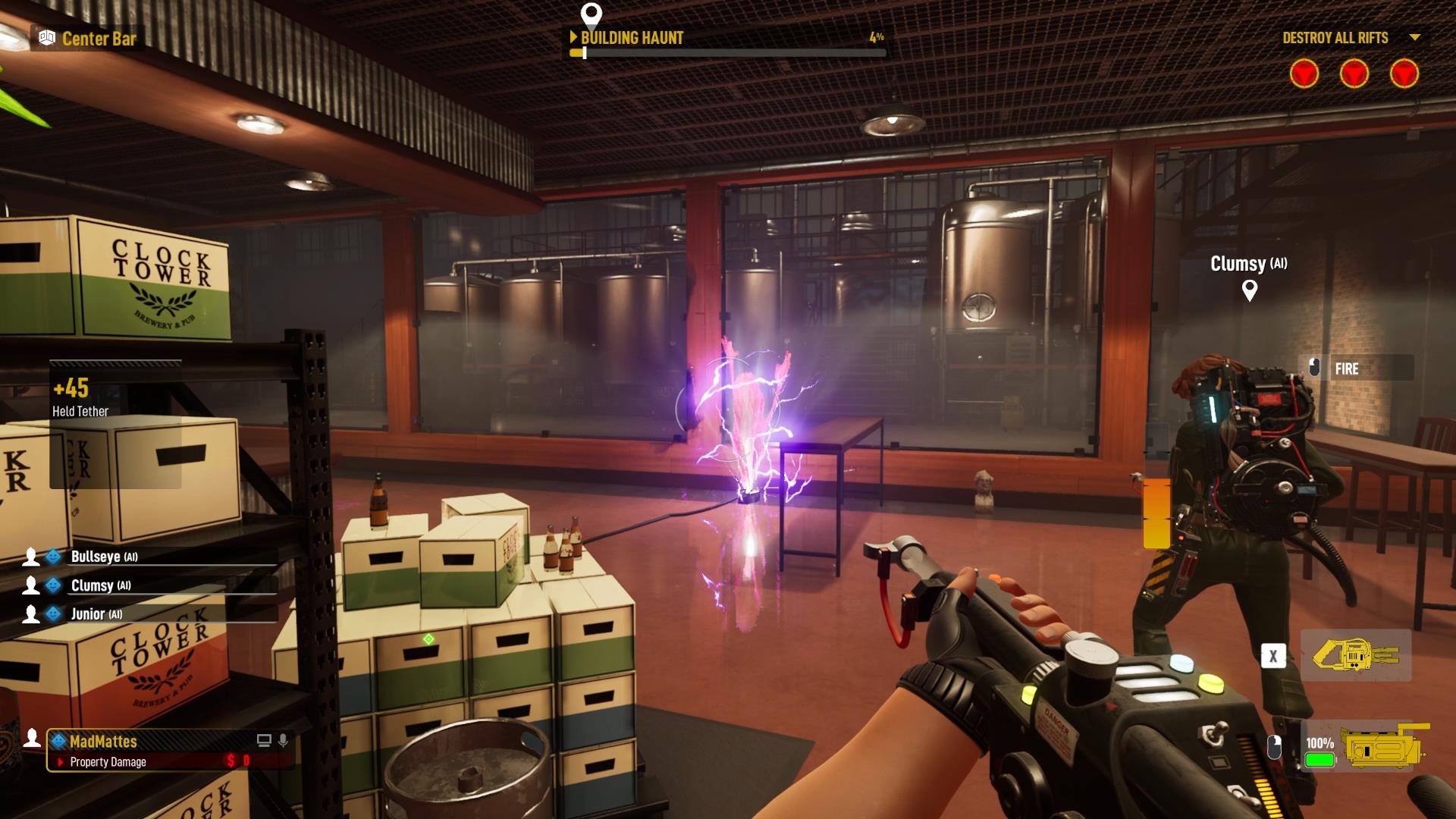 After the tutorial, I was ready to go. But my time ghost-bustin’ was anything but smooth. My first mission took me to a disturbance at a museum. Tracking down the ghost was no sweat. One of the gameplay elements that was not shared in the tutorial was dealing with NPCs. They’re regular people, just trying to enjoy a visit to their local museum. If they see a ghost they naturally panic, I would too. It’s my job to confront and then comfort them before I go back and hunt for the ghost. Gameplay-wise that turns into a mini-game. You talk to them, and a countdown begins. If you time your button push correctly, it will calm them down quicker than just talking. I did not realize I didn’t have to push the button, so I kept messing it up, causing them to run away and making me repeat the process. I was slow to learn the mechanic. Once I had it down, I never had an issue with it again. 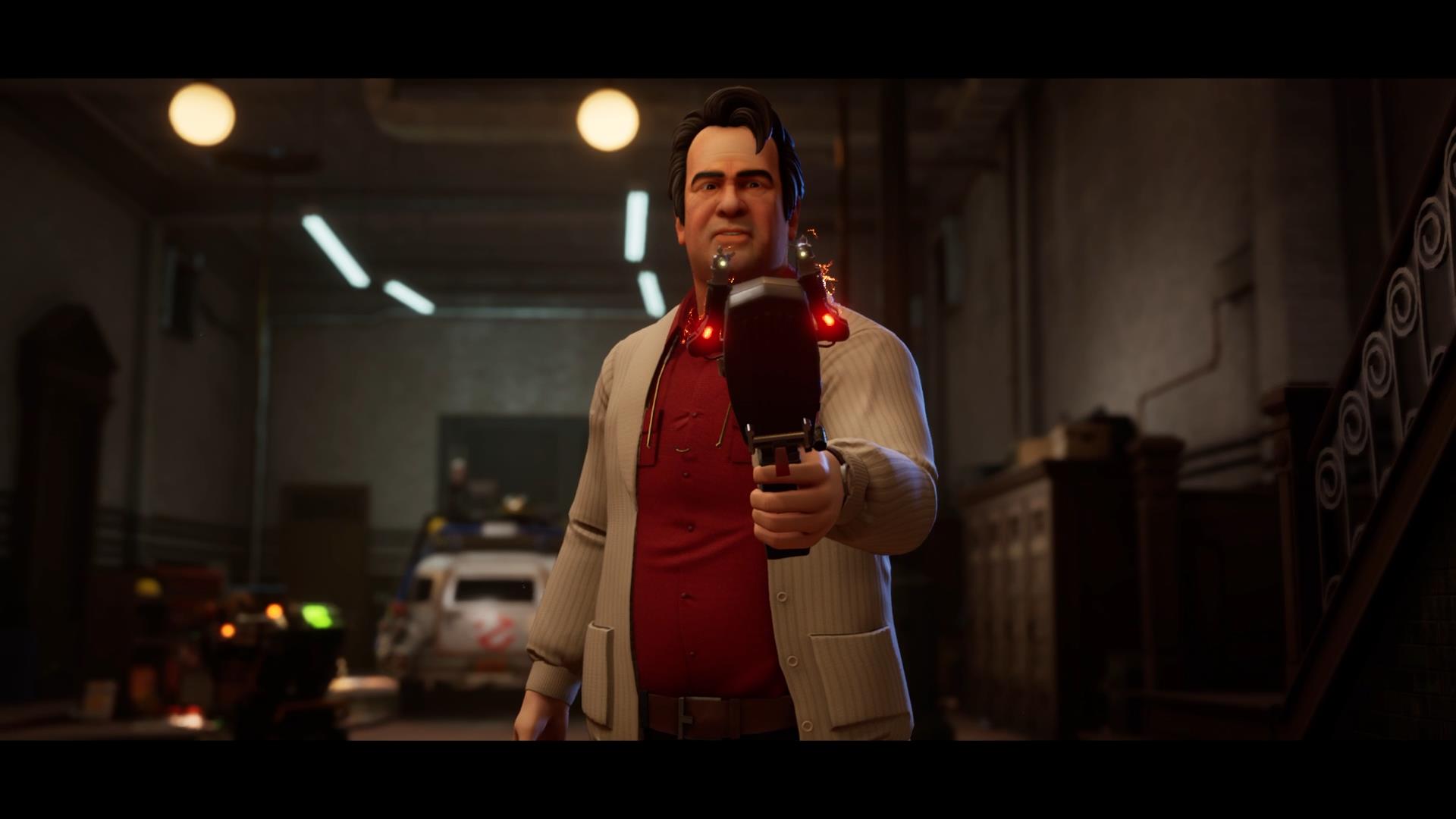 Not knowing how to properly calm down the ordinary everyday people on the map wasn’t my only issue. When it came time to put the ghost into the ghost trap, I found that to be a struggle. I understood the mechanic. Lay the trap, lure the ghost near the trap with my proton pack, open the trap, the ghost goes in, the end. I could lay the trap, I could zap the ghost, I could even open the trap. I could not for the life of me get the darn ghost to get sucked up into the trap. When that happens, the ghost runs away, and the whole process needs to be started over from the beginning. I’m unsure if it was too many buttons needing to be pushed quickly, too much happening on the screen, the ghost shooting an ectoplasm that covers the screen, or I’m just stupid. The first time I gave up after ten minutes of zero success. I decided I would go watch some tv with my wife. 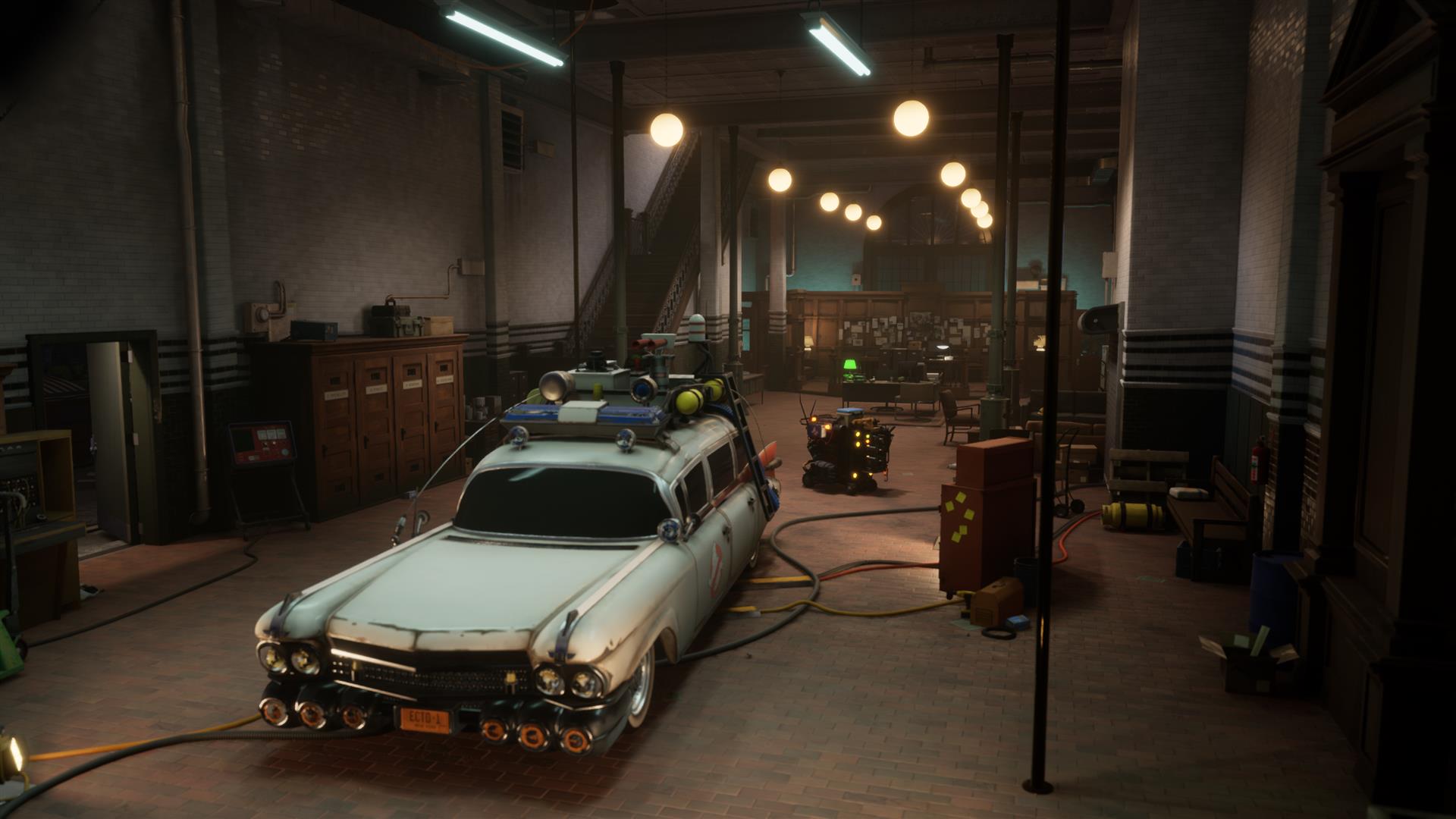 My first foray into Ghostbusters: Spirits Unleashed was less than successful. In fact, downright frustrating. I gave it a few days before I went back in. On my second attempt, I tried to be a little more cool, calm, and collected. I’m not someone that gets anxious, even when playing a video game, but I think there was so much going on the screen, along with the controls, that it threw me off the first time. I decided to return to the same level I had problems with the first time, the Whitestone Museum. This time around I had almost zero issues beating the level.

The ghost AI in Ghostbusters: Spirits Unleashed is challenging. It is not easy to go around and capture the ghost. In part this is due to the AI of your companion Ghostbusters. They are stupid. They follow no sense of direction. At the start of a mission, they may stick together, but near the halfway point they will split off from each other and do whatever they want. I found them to be terrible teammates and the hardest part of the game was trying to corral them together long enough to get them to help me trap the ghost we were after. 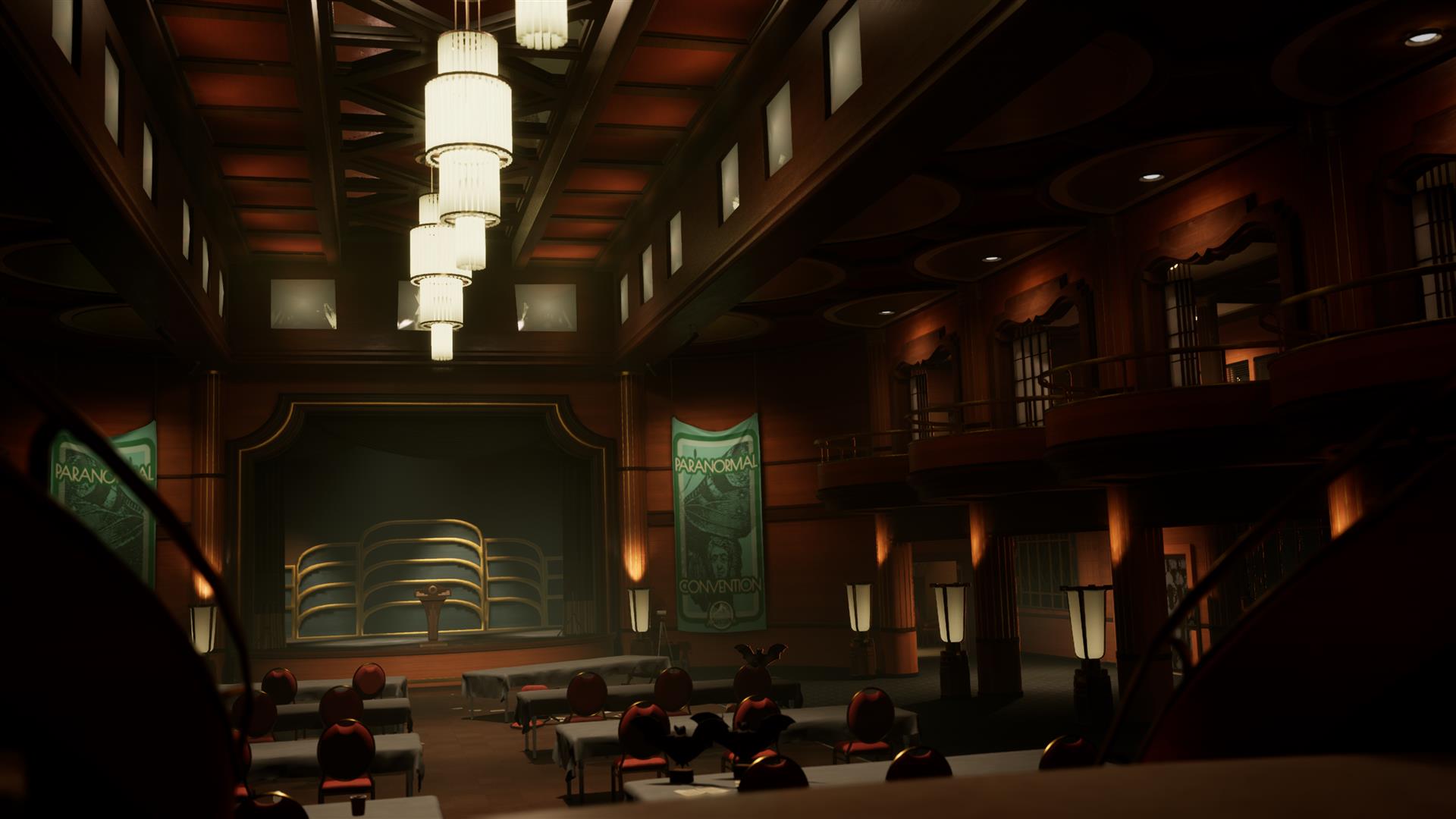 When you first start the game, you have to play a handful of solo matches before you unlock the ability to play as the ghost. Being a ghost pits you against four Ghostbusters. You can haunt and possess items throughout the map in an attempt to drive the civilians of the area crazy. Once you reach 100% on the haunt meter, you win. When the Ghostbusters find you and try to zap you into their traps, you have a slew of moves at your disposal to deal with them. Playing as a ghost involves a lot of button-mashing, constant running around to escape the busters, and just chaos in general. Playing against AI Ghostbusters requires no skill and also offers very little excitement. I enjoyed it a few times but quickly went back to ghostbusting. There are a handful of cool-looking ghosts and different skins to unlock, including a Slimer skin. Sadly unlocking the ghosts takes a lot of effort, something I was unwilling to do alone. 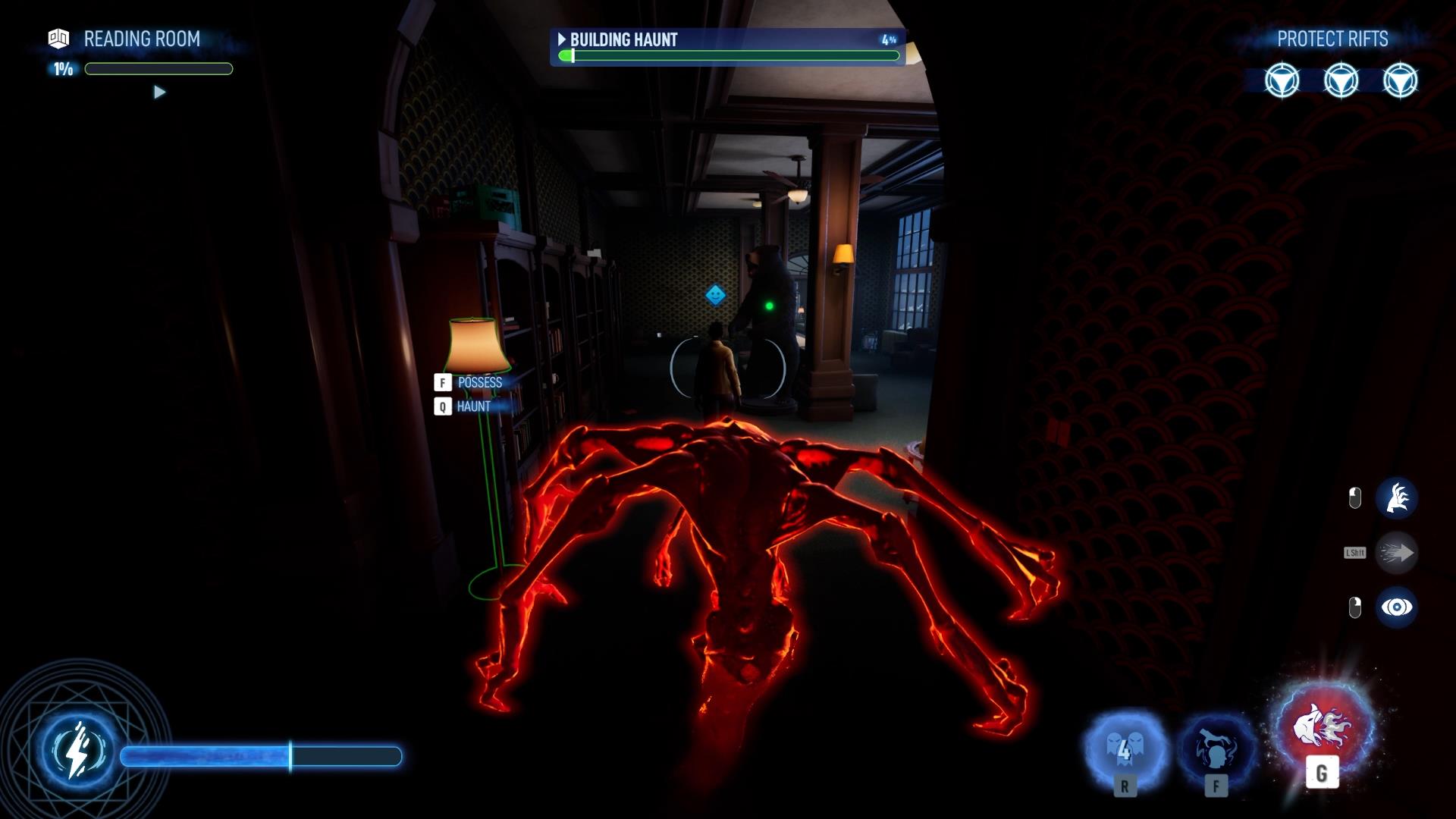 Like all asymmetrical games, Ghostbusters: Spirits Unleashed is best when played with friends. I was lucky enough to convince four others from Gaming Nexus to set aside a few hours to help try out the multiplayer aspect. This was a game-changer. Getting five friends into a chat together and then having four of us hunt down the fifth was simply bonkers. The trash-talking, the jokes, the wins, and the losses all helped the time just slip away. There is nothing like beating four grown men in a video game. When I had a full party, Ghostbusters: Spirits Unleashed was one of my favorite gameplay experiences of the year.

Unlocking everything, weapons, cosmetics, and new ghosts to play as takes time. I found after nearly every round that I had unlocked something I could add to my setup. It might have been something with my proton pack, a new secondary weapon, or a new cosmetic item for my character. IllFonic did a great job of slow feeding the unlockables; always having something new to try out for the next mission did the trick of getting me to play another round. 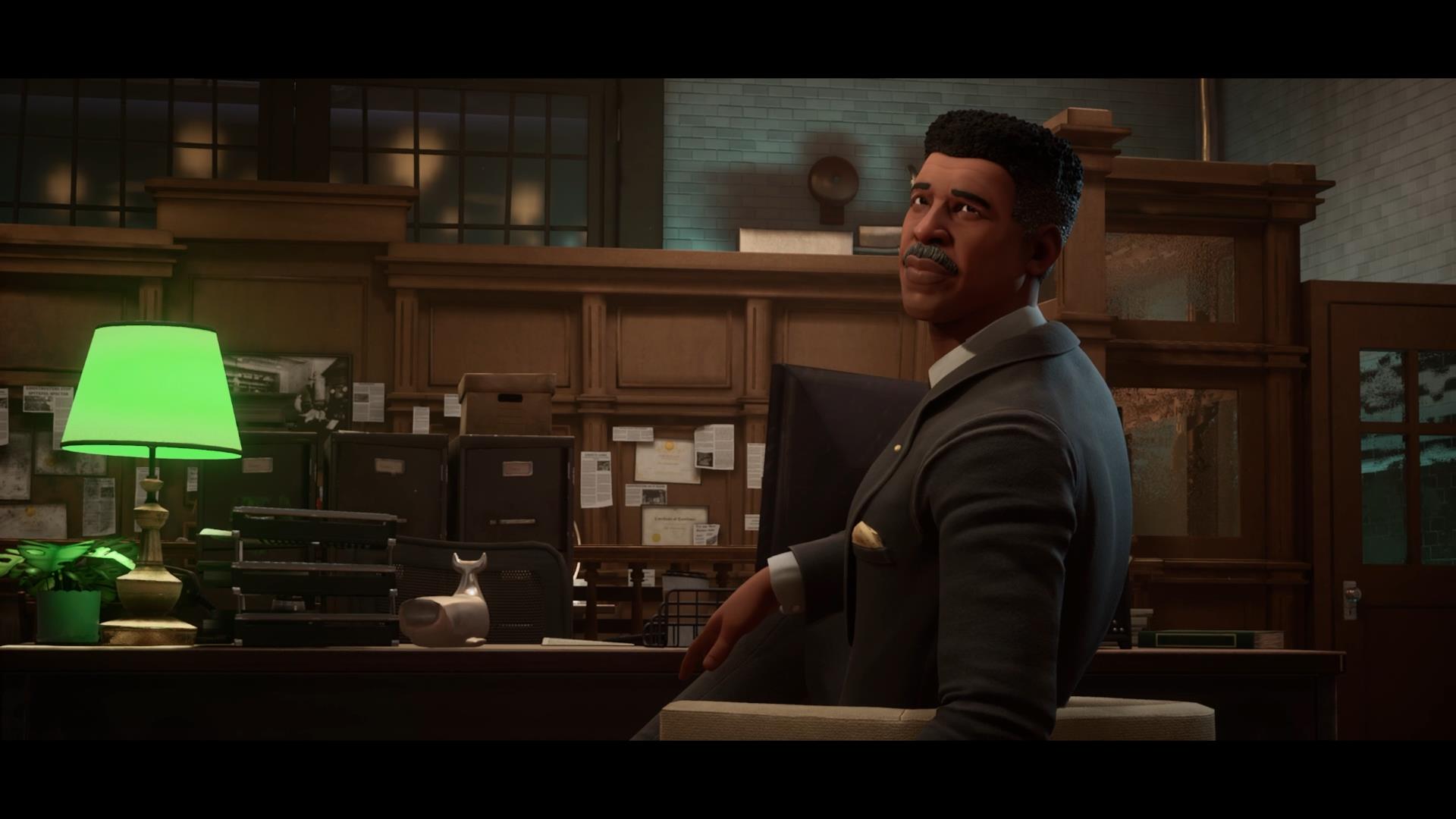 But does Ghostbusters: Spirits Unleashed have staying power? That’s the biggest issue for me. I have fun with this game when I’m playing with friends; I do not when I’m playing alone. That’s the same issue all these asymmetrical multiplayer battles shooters struggle with. Can I convince three or four friends to buy this game and then stick with it long enough to see it through? So far, I’m about 50/50 in being able to do that. Is the iconic gear from Ghostbusters enough to sell people? How about having a handful of actors from the original films voice their characters? None of those elements sell me, and I don’t think they will sell my friends. The biggest selling point is the price tag of $39.99; being cheaper than the average AAA title these days can help. I had a lot of fun playing with four others for a few hours, but I can’t see the five of us having the time to do it again. This was the second game in this 4v1 style that I’ve helped review this year; I haven’t touched that first game since we played back at the beginning of the year. I can’t see Ghostbusters: Spirits Unleashed being any different. 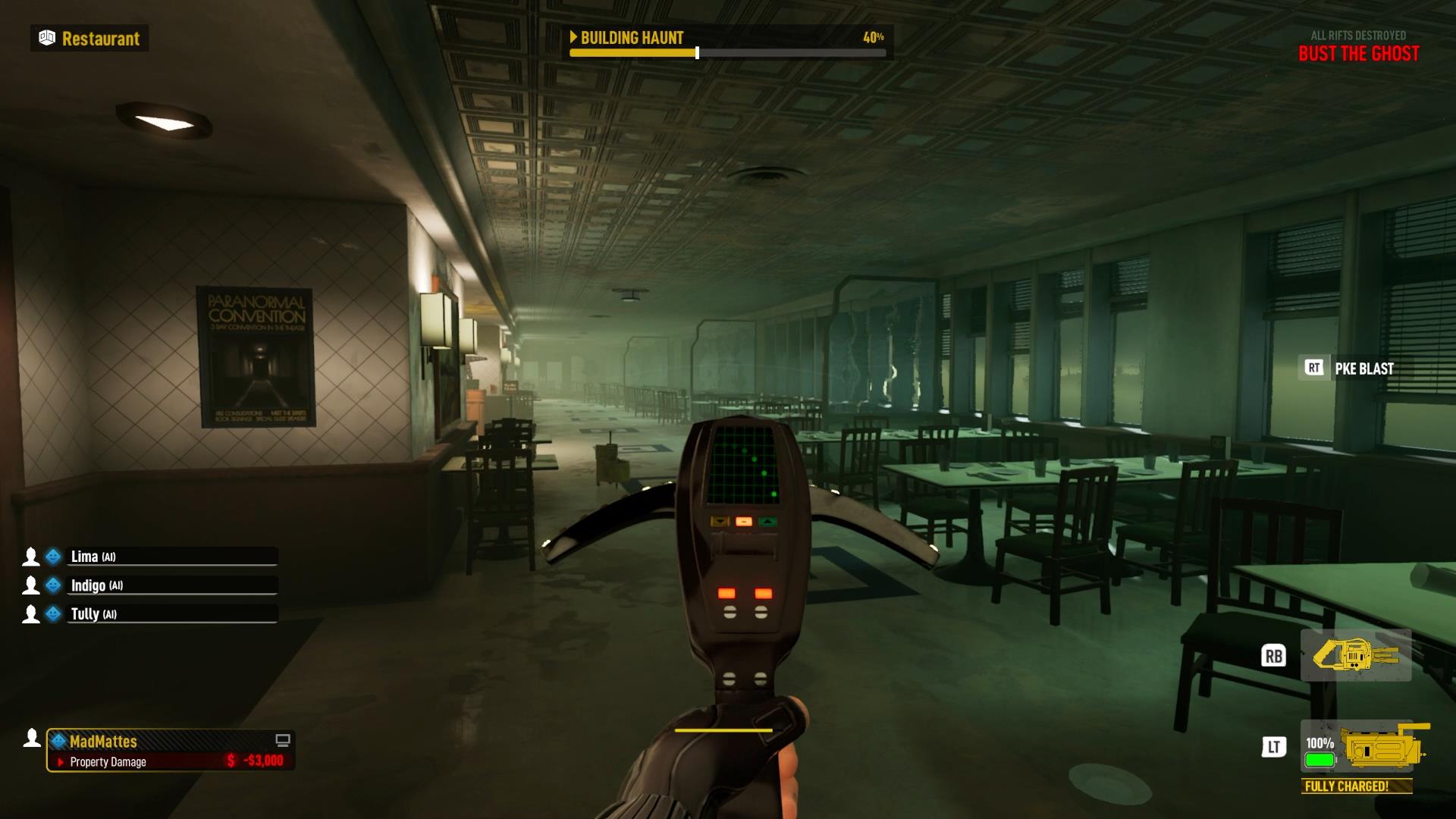 Do you want some insider baseball into the world of video game reviews? I submitted this review, and my editor said, “Hey man, you like this game in one sentence, and in another, you say you’re never going to play it, what gives?” Fair enough, and he’s right. I do like this game. It will also collect dust on my hard drive. I’m going to point the finger at the developer for this. IllFonic knows what they are doing. This is not the first asymmetric game they’ve made, or the second, or even the third. They’ve been making this style of game for a while. They’ve refined the genre, hell you could even say they invented it. They make games that require five people to play. I’m 35, I don’t have five friends that can get together and play a game like this on a regular basis. It’s ok playing with strangers - just ok - and feels like homework when I have to play them by myself with the AI. IllFonic makes really good games that I don’t have the capacity to play, and unfortunately Ghostbusters: Spirits Unleashed will be added to the list. If you have a dedicated group to play with, this game can be a blast.

Ghostbusters: Spirits Unleashed works best with four other friends to play along with. When I had a full group the fun never stopped. Taking turns as the ghost was chaotic and thrilling, especially when you win. All five of the maps give off their own unique vibe. When I had a full party, I never felt bored with the game. Playing solo is a different story. While the drip feed unlockables kept me interested for a time, playing solo just wasn’t fun. The team AI didn’t function like a team, leaving me to hunt down ghosts myself. The most challenging part of Ghostbusters: Spirits Unleashed will likely be convincing four other people to buy the game.

It’s a shame I can’t see myself playing more Ghostbusters: Spirits Unleashed. It feels like developer IllFonic pulled out all the stops to make this a great asymmetrical title, including notable attention to detail with all the Ghostbusters callbacks. In single player, the enemy AI was fine, but the teammate AI was horrible, driving home the fact that I was playing alone. If I could convince four other humans to play with me, I could invest hours of time without blinking; it’s a shame this game requires five people to enjoy it properly.