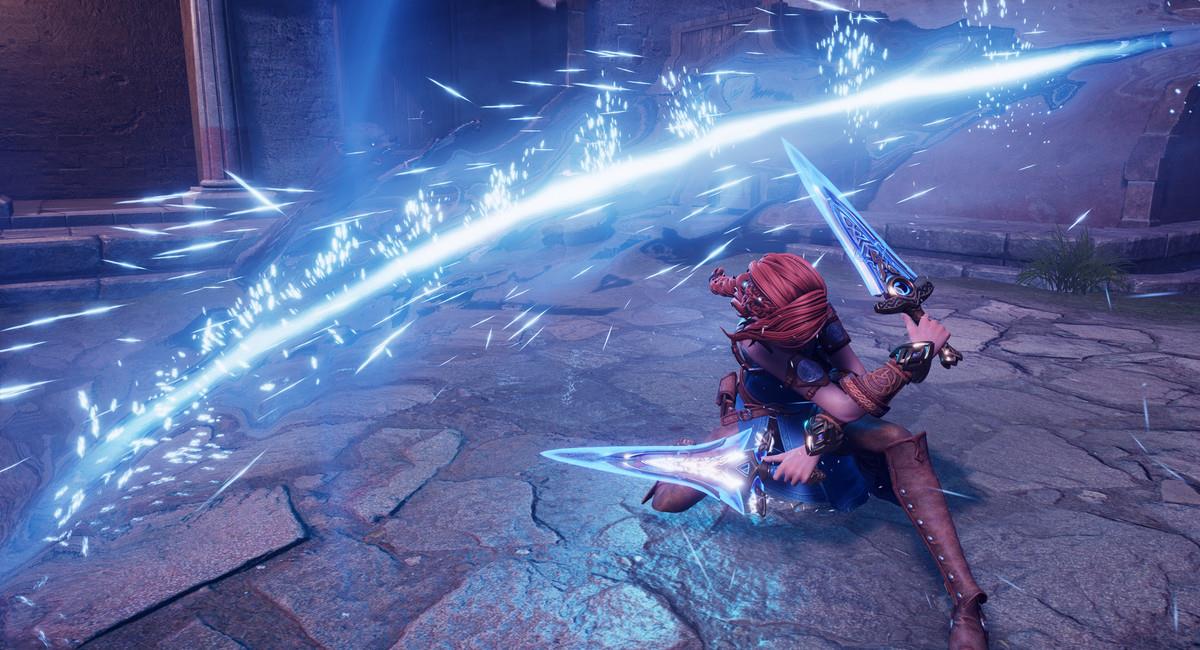 Asterigos: Curse of the Stars

I’m always on the lookout for upcoming indie games with a Souls-like flare, and the debut title from Acme Gamestudio caught my attention with its vibrant visuals and interesting premise. Asterigos: Curse Of The Stars is a narrative-driven action adventure role-playing game inspired by Roman and Greek mythologies where you play as a young girl named Hilda searching for her lost father. While the developers have crafted a surprisingly polished and lengthy experience compared to other projects of this budget, the game suffers from some extremely frustrating design choices that almost prevent it from being a shining star. 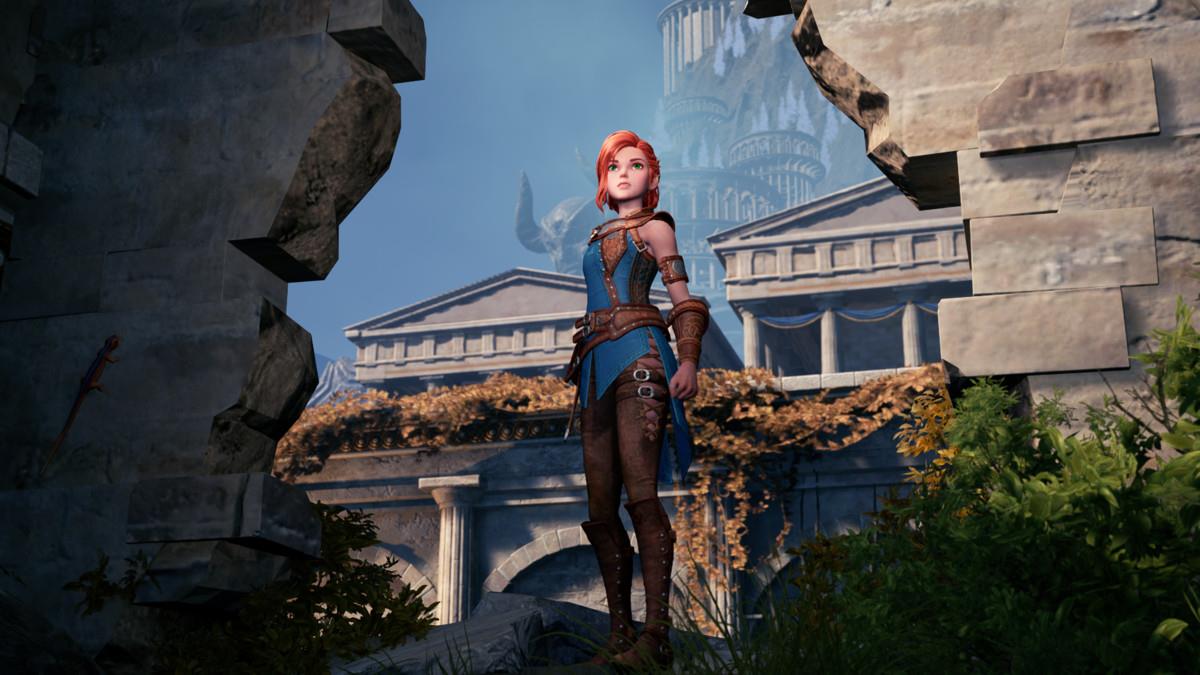 Those who are looking to pick this up simply due to the Souls-like combat features should note that this game focuses heavily on storytelling via cutscenes, text box dialogue, and item descriptions. You can, of course, choose to skip all of them, but the overarching narrative is actually worth listening to. There is a bit too much text to read though, as most of the optional dialogue are not voice acted and you get a ton of lore dump. As previously mentioned, you play as Hilda, a warrior from the Northwind Region, who enters a cursed city named Aphes. Along your journey, you meet a plethora of Gods and forgotten races to solve a mystery that transcends beyond you and your father. It was nice to see names such as Minerva and Eumenides as characters in the game.

Asterigos markets itself as a game where dialogue choices and decisions you make affect the outcome of the story. While true, considering there are two different endings, my choices didn’t make as much impact as I had hoped. Take this definitive example: I was tasked with negotiating with the leader of a particular sector of the city. I was told specifically not to engage in violence with this particular individual, but choosing the peaceful dialogue option still led to a full fledged boss battle, so it didn’t really matter what choice I made. 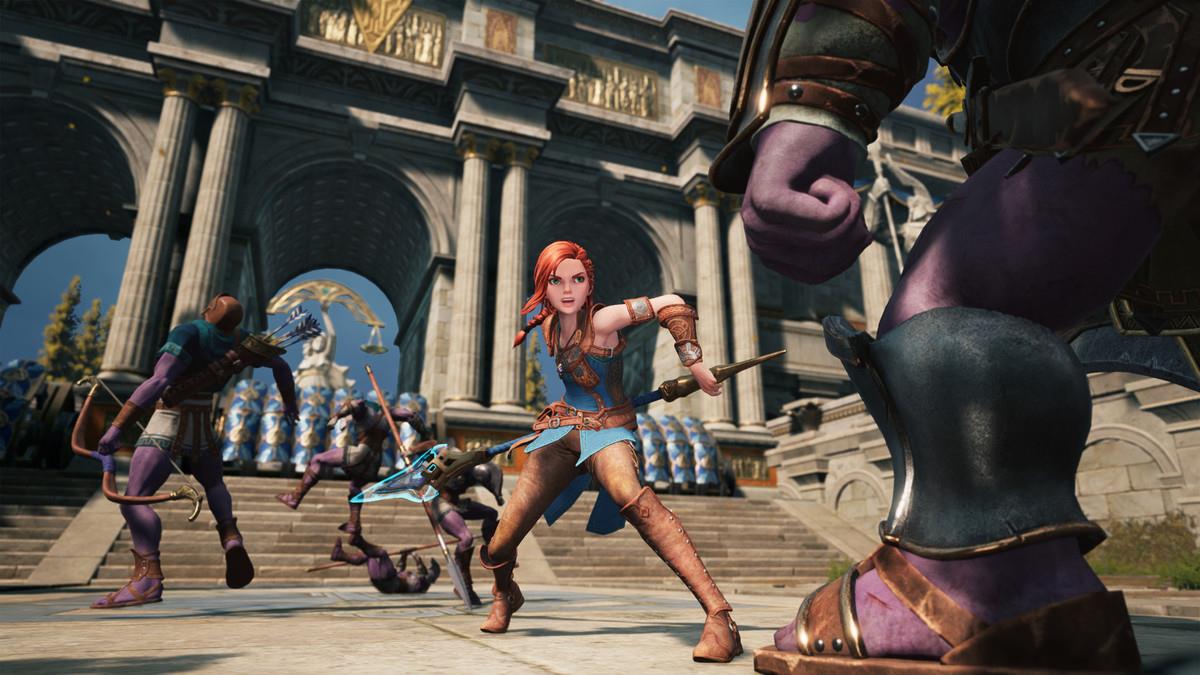 Asterigos doesn't do a ton to differentiate itself from most other Souls-like titles, but it does enough and it does it well. First and foremost, this game offers three difficulty levels, which most, if not all, other titles of this genre don’t offer. I can’t help but applaud the developers for this decision, which already makes the game much more accessible to players who may not enjoy the challenging genre. Staples of the Souls-like genre are all here, but with a slight tweak. Stamina is only consumed by sprinting and dodging, but not with attacks or skills. This adjustment definitely makes the experience a lot less punishing, and sort of turns the game into a hack and slash game on lower difficulties. Defeating enemies and bosses rewards you with experience that you do not lose upon death, to level up. The “souls” equivalent currency is stardust, which acts more like money as it is only used for purchasing items or upgrading weapons and trinkets. You lose 10% of your stardust when you die, and you cannot pick it up again at your place of death. Bonfires come in the form of conduits, where you can heal to full at the cost of respawning all enemies.

You pretty much immediately get access to your entire arsenal of weapons at the start, which will stick with you until the end of the game. There are a total of six weapons: a sword and shield, twin daggers, a spear, a staff, a hammer, and magical bracelets. Most function as you would expect them to, with the caveat that each comes with a special skill, like a parry for the spear, an enhanced dodge for the daggers, and a land mine for the bracelets. It’s pretty cool that you can wield two simultaneously, so there’s some unique mixing and matching to be done here for combat synergies and strategies. Each weapon can be upgraded at the blacksmith to increase its base attack and has a skill tree that you can allocate points into upon leveling up. Certain nodes within these trees allow you to unlock a weapon skill that you can then equip and use in combat. These skills expend a mana bar that can then be refilled by regular attacks or with a potion. It’s an entire ecosystem that works well to keep combat from feeling stale or repetitive. The actual combat itself is smooth and polished, with invincibility frames and animation canceling working correctly. There definitely were moments where you get stunlocked to death though, so keep that in mind. 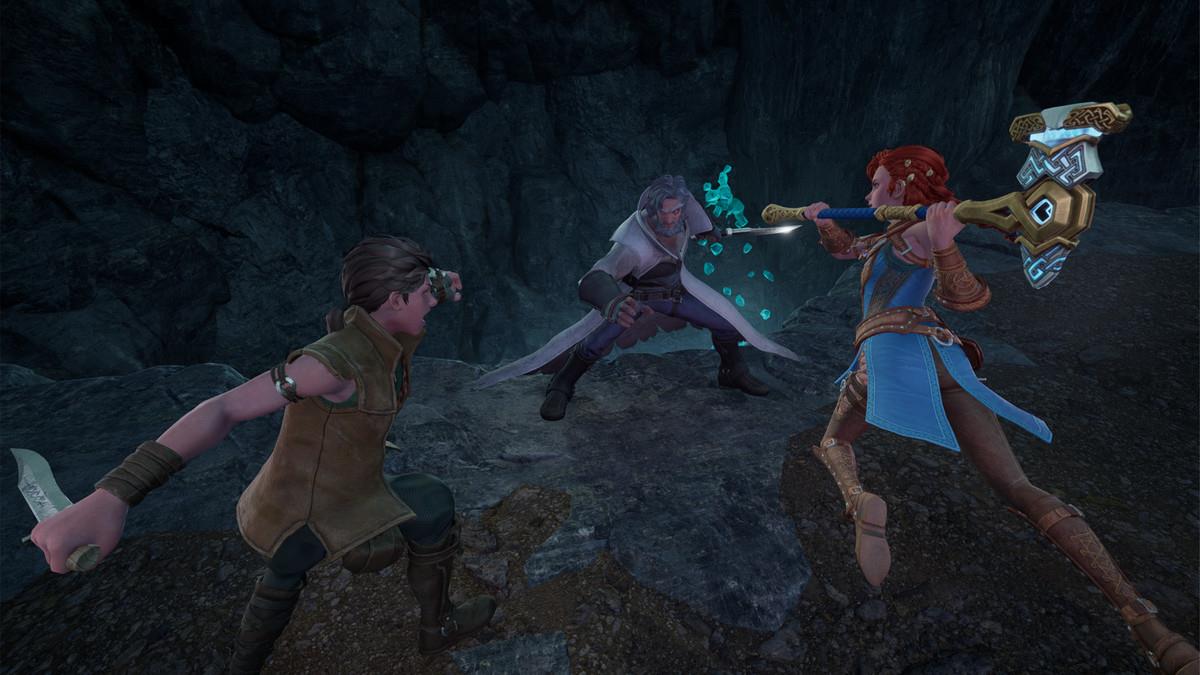 Acme Gamestudio has packed an insane amount of content into this little indie game. One playthrough of Asterigos takes between 15 and 20 hours, and a new game plus mode comes included on launch. There are plenty of side quests to partake in, collectibles to obtain, and a great variety of enemy types and bosses to conquer. Sometimes I find it hard to believe that this is the debut game from an indie game studio, as Asterigos has blown some triple A games out of the water with its level of quality and quantity. All major cutscenes and dialogue utilize excellent voice acting, lending some additional vibrancy to the game. The city of Aphes is beautiful, with multiple sections that feature drastically different textures and color schemes, ranging from an established academy to an abandoned mine. Performance on the PlayStation 5 was flawless, with no bugs or crashes, and running smoothly at 60 frames per second.

The game is not without its faults though, and it suffers from some questionable design choices that ultimately bog down the overall enjoyment. The level design, the slow running speed, and stamina consumption are probably my biggest gripes with the game. Asterigos doesn’t provide maps or icons to guide you where to go. Neither do most other Souls-like games, but other games' layouts are mostly contained and linear. The world of Asterigos is huge, with multiple interconnected areas. Each sub-area features assets that almost look identical to each other, making traversal much more confusing than it needs to be. Leveling up is a stripped down version of role playing games, where you can only increase raw attack, health points, and skill damage/recovery. There’s no way to increase your base stamina, other than one node in the skill tree, and running in circles consumes your stamina faster than you can count to ten. 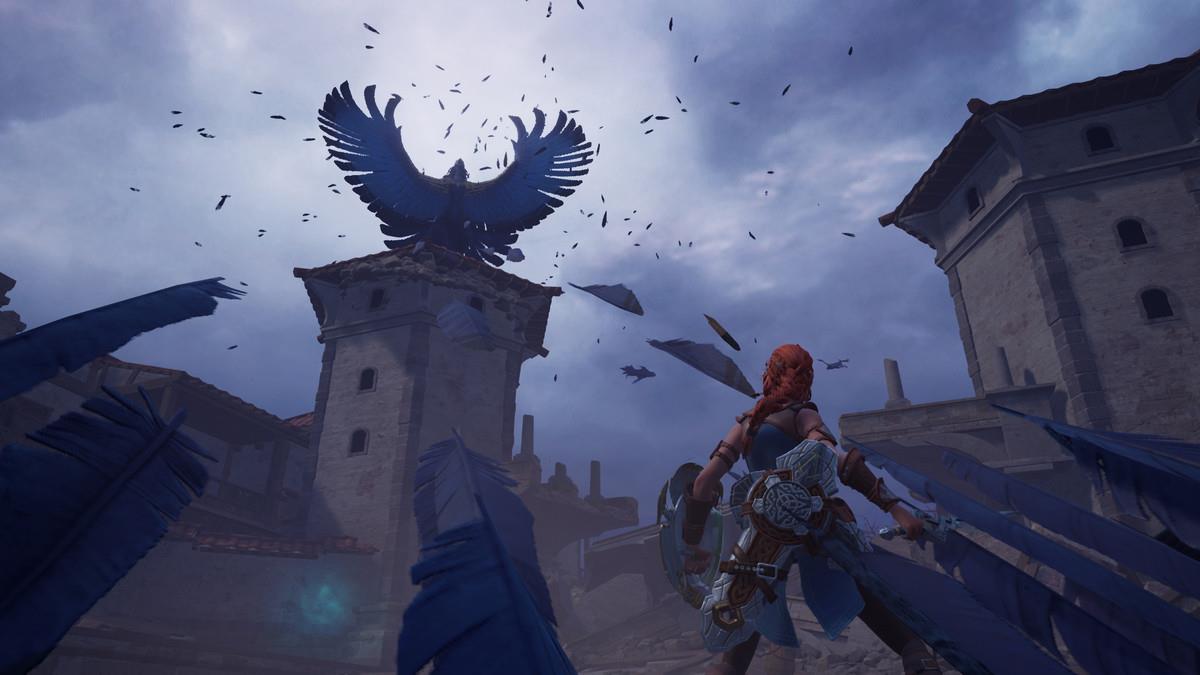 It would be an insane quality of life uplift if the developers removed stamina consumption when running out of combat, which is exactly what Elden Ring did. What makes matters worse is the way the game is set up: you must return to your home base after each mission, and then you must run back manually to the next quest from your shelter. You do unlock a teleport ability, but not until you are more than halfway through the game. The other major complaint is the potion system, which is pretty much the same as Bloodborne, where they do not get refilled at a conduit, and must be farmed or bought. The potions also take forever to drink, only heal for 40% of your health, and don't heal you immediately. This introduces an unnecessary grind unless you revert back to an old save or lower the difficulty.

Asterigos: Curse Of The Stars is an unexpected indie game that features surprisingly polished Souls-like combat with an in-depth and engaging narrative. There’s a lot of content and story here for a game with such a humble asking price. If the developers can patch out and fix some of the frustrating parts of the game, then I can definitely see this being one of the hidden gems of the year, because there’s a solid foundation here.

Very few indie games have quantity and quality that can match those of triple A titles, but Asterigos: Curse of the Stars definitely makes the cut. This is an outstanding first project from Acme Gamestudio and I can’t wait to see what’s next for them. What you’ll find here is a polished narrative-driven Souls-like adventure held back only by some frustrating design choices.