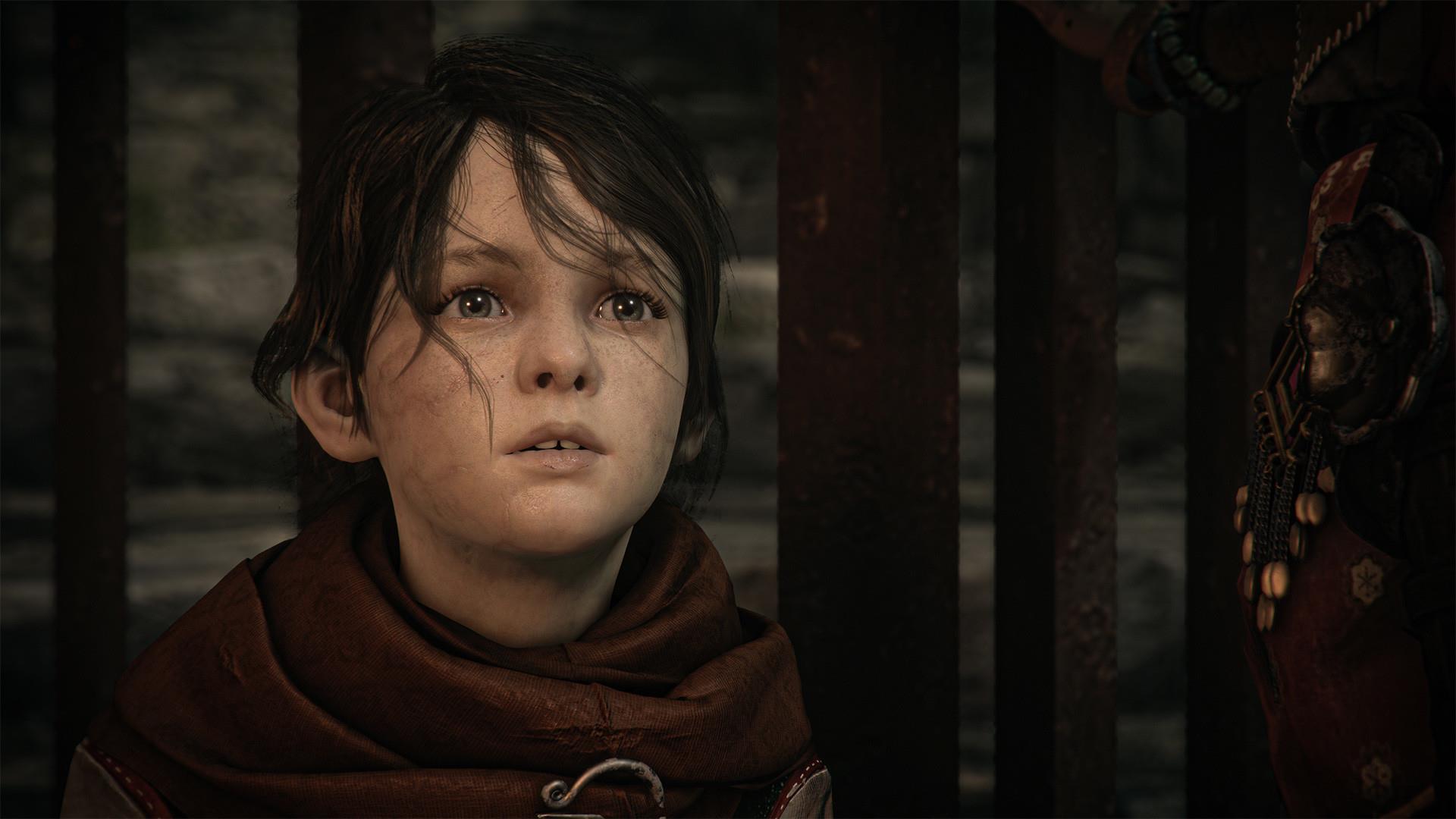 Sequels are always hard to get right, especially if the predecessor sets the bar high. This is especially true for narrative driven video games, as a sequel can really coalesce or divide an entire fanbase. Where is the story going, how are the existing characters further developed, what new gameplay mechanics are introduced, and ultimately, how does it compare to the first game? A Plague Tale: Innocence took the world by storm in 2019 with its heart wrenching story of siblings Amicia and Hugo in 14th century France during the black plague. While it was praised for its gorgeous visuals, well paced narrative, and tense set pieces, it was also criticized for its dull stealth gameplay and puzzles. 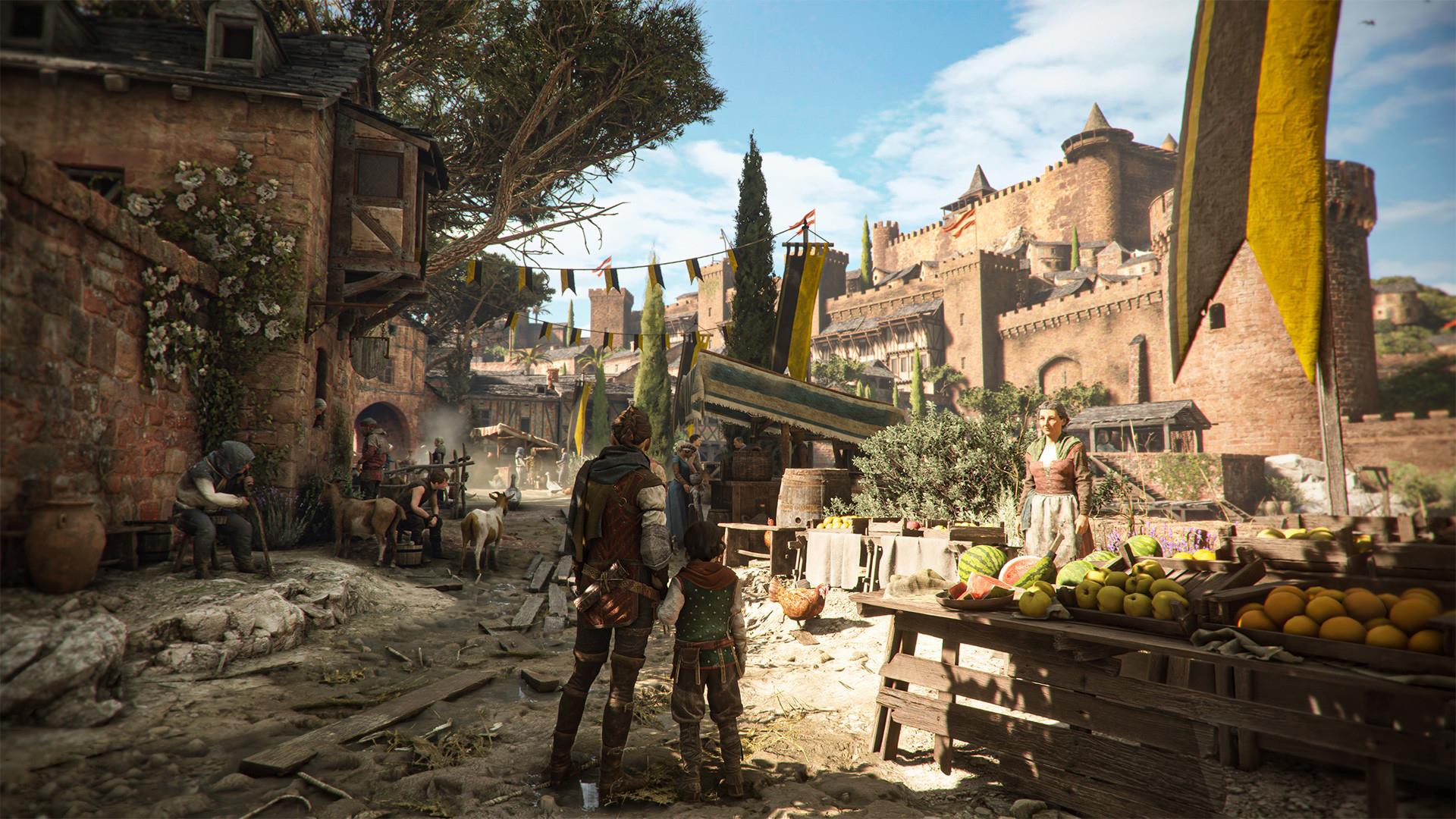 Asobo Studio is back again with the highly anticipated sequel, A Plague Tale: Requiem, taking place six months after the events of the previous game. Requiem excellently builds upon the foundation laid out in Innocence by expanding Amicia’s repertoire and increasing the role Hugo takes in active situations, but is ultimately bogged down by poor AI, technical bugs, and performance issues.

The search for a cure for Hugo’s mysterious illness is still Requiem’s main objective. Our protagonists travel to various parts of Southern France to do continue the quest, and ultimately reach the final destination, an island Hugo visits in his dreams which may be the final solution for his bloodborne disease. Lucas, alchemy apprentice, and Beatrice, the mother of Amicia and Hugo, make a return in Requiem, among a cast of new characters both benevolent and malicious. Dialogue between the siblings is still as charming and endearing as ever, with Amicia being hot headed and rash and Hugo being the innocent child that he is. It’s hard not to empathize with and invest in these characters, as they are still children at the end of the day. The pacing of the narrative is well done, with a nice mixture of combat scenarios, puzzle solving, and cutscenes. No one element in particular overstays its welcome. Hugo’s role has also outgrown that of a helpless sidekick character, and he becomes an integral part of every enemy encounter, as he now has the ability to control the rats with his disease. 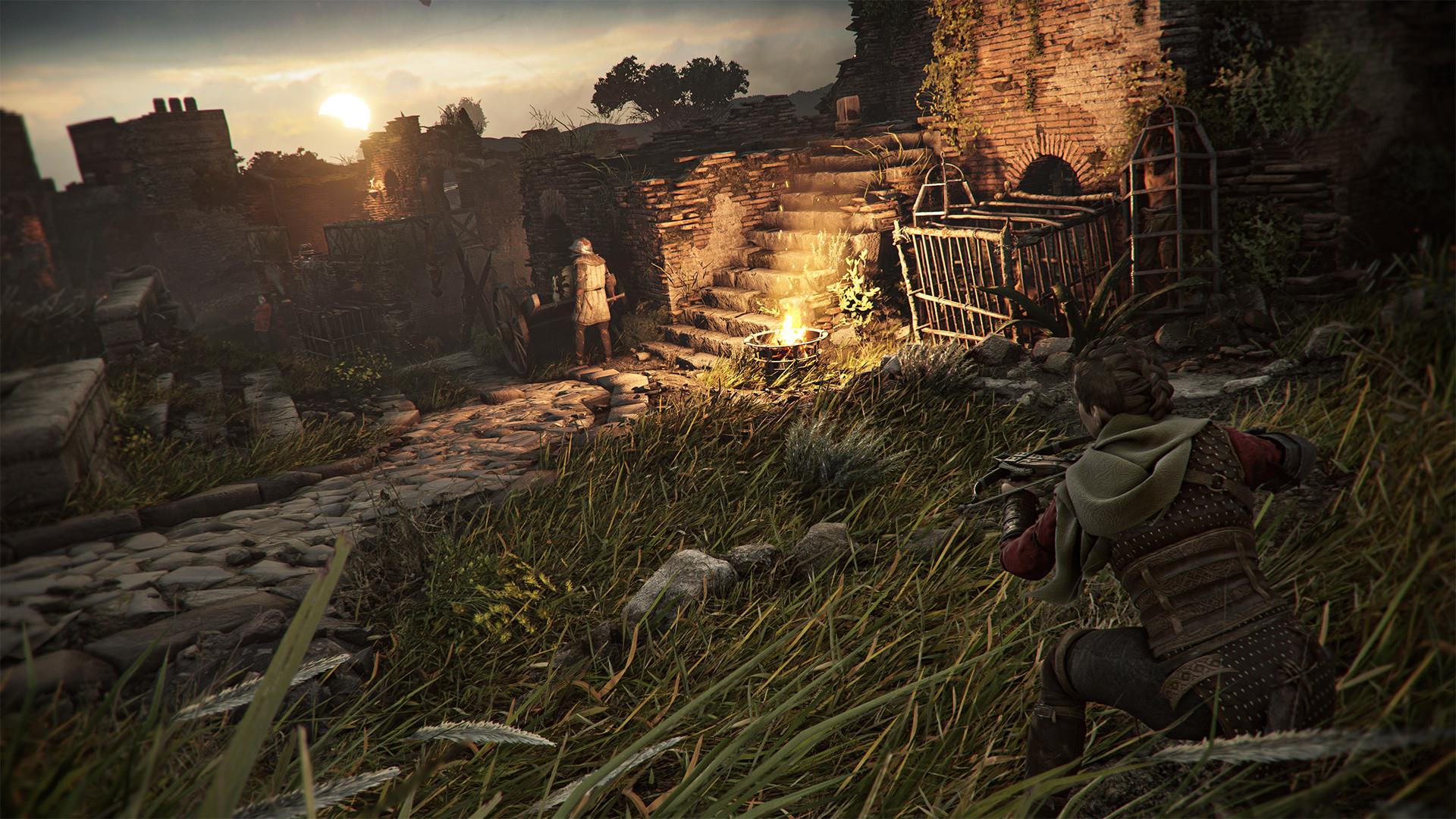 Gameplay elements of Requiem are expanded immensely, with many more tricks up Amicia’s sleeve in addition to Hugo’s newfound power. The game continues to remain stealth focused when it comes to enemy encounters, but Amicia will not die immediately if caught or hit with one swing. Instead, she now has the ability to withstand one hit and even counter the enemy if they get too close. Being spotted out of stealth also gives her the chance to hide again and lose the attention of enemies. Numerous tools have been added to her repertoire, including a knife that can unlock treasure crates and stab soldiers, consuming it in the process, and a crossbow that she picks up midgame. Alchemy, of course, makes a return with various craftable concoctions from resources including Ignifer and Exstinguis, among some nifty new formulas introduced by Lucas. What’s cool is that Amicia will passively gain experience in one of three skill paths based on your playstyle. Do you prefer to play stealthily and avoid conflict? Amicia will unlock quieter footsteps. Do you prefer to go in headstrong with your slingshot and crossbow? Amicia will learn to push her enemies into rats or traps. This is an excellent mechanic that ties in seamlessly with the narrative.

It wouldn’t be a Plague Tale game without rats, and lots of them. The vermin hordes are back and better than before, presenting imminent death to anyone caught in their path. They are scared of fire and light, so stick to those if you wish to stay alive. You cannot kill the rats as they are pretty much invincible, so navigating your way through them is a mind bending puzzle of its own. How you choose to do so is up to you, as Requiem gives you so many tools that there isn’t one correct way. Waste all your pots to create an area of effect lighting or distract the rats a more efficient way. Because you always have a companion following you, whether Hugo, Lucas, or other characters I will not spoil, you have to work together to be able to cross a sea of plague rats. You also can’t leave them behind, so getting yourself across means you have to figure out how to get them across another way. Some of these puzzle scenarios were genuinely stimulating and I had to think outside the box for a solution. In addition, working out the best way to solve these puzzles with the fewest number of resources wasted was a fun challenge of its own. 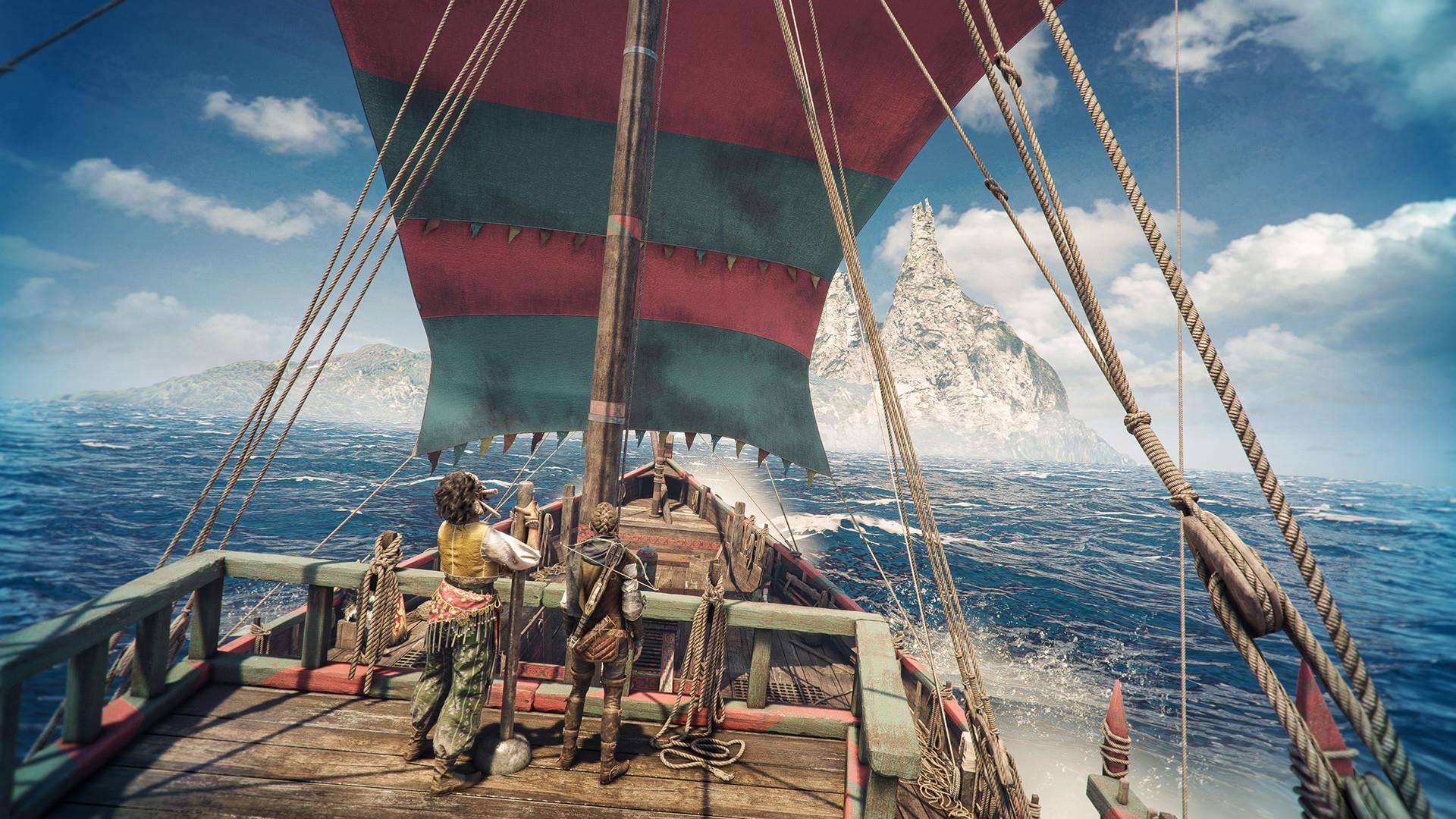 What’s most impressive is how Asobo Studio achieved the graphical fidelity and quality that A Plague Tale: Requiem upholds. From the stunningly beautiful fields of countryside France and vivid waves of a ship sailing out at sea to the grotesque rotten bodies of the infected and burning corpses of the dead, the visuals are photorealistic and stunning. The wide spectrum of dyes that fit every environment effortlessly blends in storytelling with gameplay. A bustling marketplace full of celebration and laughter can quickly turn into a deserted and grungy nightmare. Moods and vibes can shift dramatically and the developers have mastered that through their use of colors. The experience is further enhanced by a superb voice cast and entrancing sound effects.

My playthrough almost came to an absolute halt about halfway through the game. A certain character that joins your party is supposed to guide you across a hallway infested with rats. The AI would simply bug out and either stand still or walk into a wall when prompted to start the walking sequence. Even after restarting the checkpoint, purposely dying then respawning, and rebooting the game completely, this bug still occurred at this exact segment. There was no way to progress without having this character get into position when prompted to do so, and being softlocked from progressing seemed inevitable at this point. I was on the verge of giving up until the AI thankfully fixed itself after my tenth attempt, but even then, the character was walking inside the walls. I’m not complaining if the game unblocks me but boy did this segment break immersion. 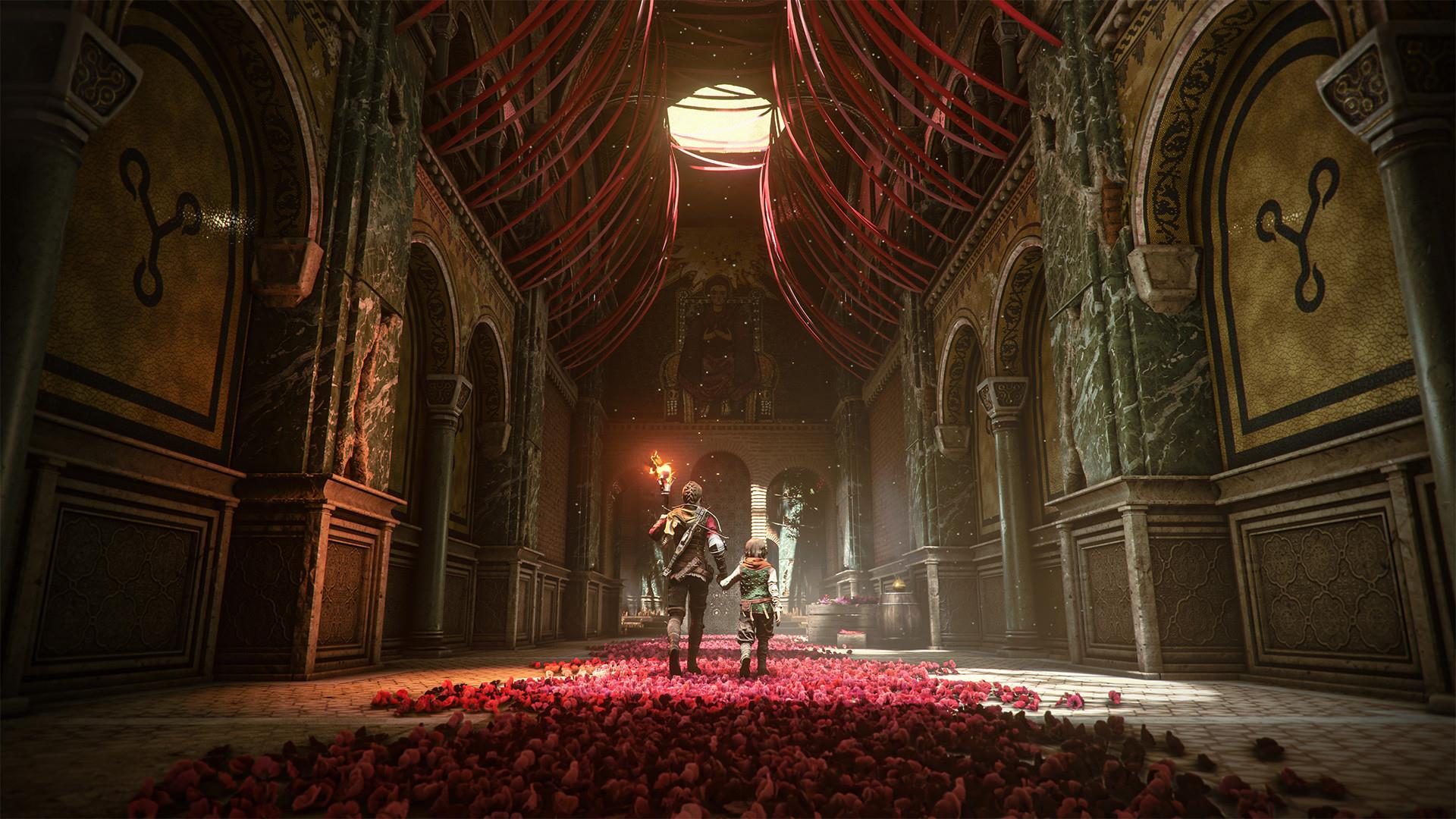 Aside from the critical bug that I encountered, there are a few other technical issues. The game also doesn’t perform flawlessly on the PlayStation 5. Screen stutters and freezes would occasionally occur at random moments, causing frame rates to drop significantly. Ironically enough, this didn’t occur when hundreds of thousands of rats filled the screen, but rather in random moments during stealth or puzzle sections. High dynamic range settings are also subpar, with vibrant and bright sections looking way too bright and dark sections looking too dim and murky. I would often die from rats because I could not distinguish them from empty space given the display brightness. This is not the fault of my LG OLED C1 as the TV has had no HDR concerns with other games. None of these issues left a huge impact on my overall enjoyment of the game, but were definitely frustrating to deal with. At least the adaptive triggers, load times, and picture quality of Requiem are still riveting, lightning fast, and top notch.

A Plague Tale: Requiem just about hits it out of the park in almost every aspect compared to Innocence. The improved visual fidelity and continued excellent voice acting make the narrative consistently engaging and immersive. Gameplay has stretched beyond the vanilla elements of the first game by adding many more options into your toolkit to cater to your preferred playstyle. Requiem still remains a stealth focused experience, but with much more variety and action compared to Innocence. Though the game needs more polishing and quality assurance, this is an emotional journey you don’t want to miss out on.

Sequels are difficult to get right, but Asobo Studio has created a wonderful follow up to Amicia and Hugo’s journey. A Plague Tale: Requiem effortlessly expands on the premise of the original by fleshing out a more in-depth gameplay experience to cater to various playstyles while maintaining an engaging narrative filled with colorful yet unpredictable characters. The game is unfortunately only held back by performance issues and icky bugs.