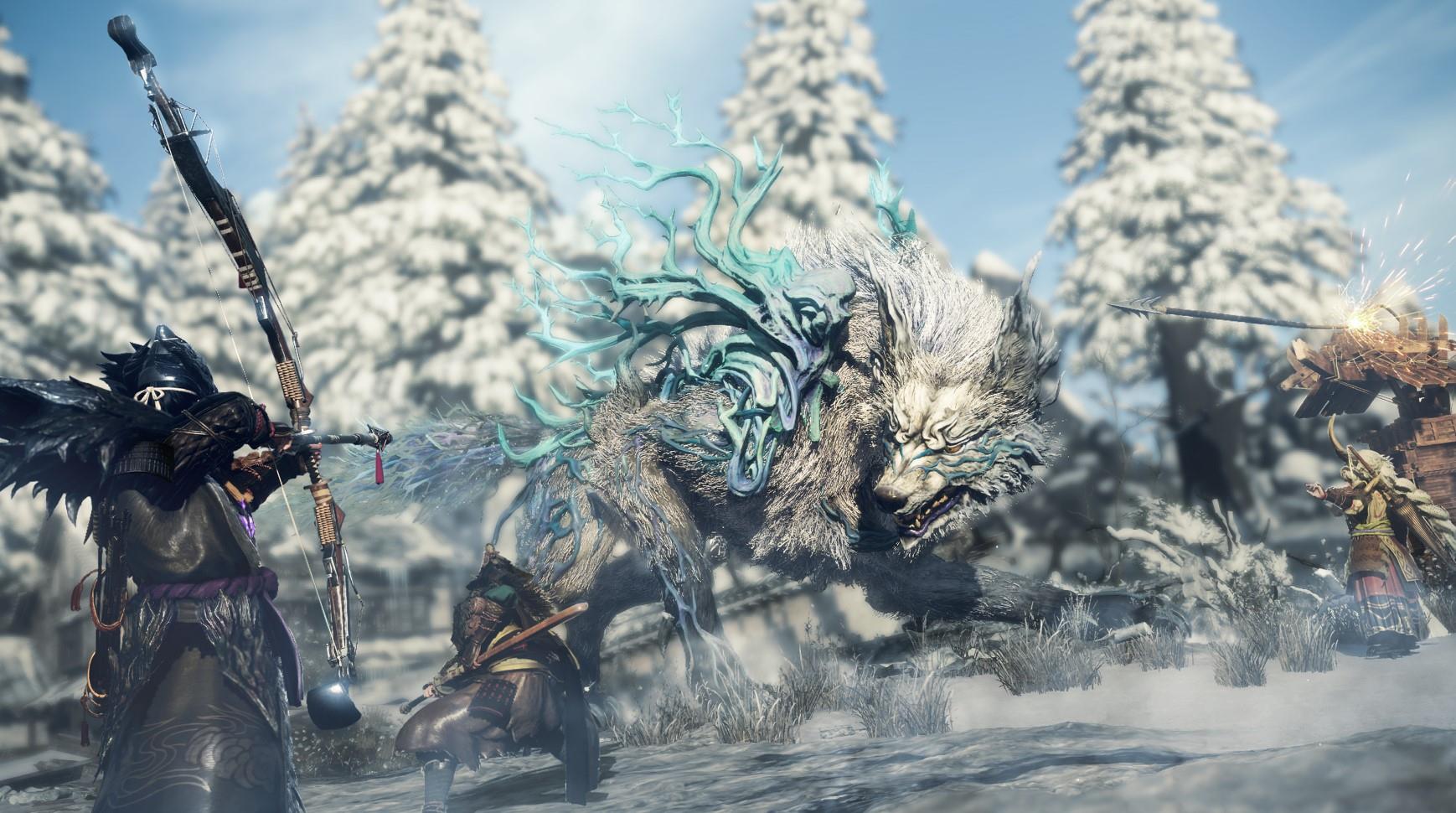 While Wild Hearts, the new hunting game that has been made in collaboration between gaming titans Electronic Arts and Koei Tecmo, certainly has its own feel and flavor, there is simply no getting around comparing Wild Hearts to Capcom’s Monster Hunter. Capcom has been ruling the monster hunting roost for years now with its venerated franchise, and any newcomers to the genre will have to be prepared to face down the current champion. In fact, Monster Hunter pretty much invented the genre, and outside of Dauntless, there have been very few games that have even attempted similar gameplay mechanics.

Monster Hunter, once a niche franchise, has blown up into the mainstream in a big way with the release of the last two titles, Monster Hunter World and Monster Hunter Rise. It is not surprising that other companies would give the genre a second look after the raging success of those two games, and it would seem like the monster hunting pie would be big enough for some other developers to cut themselves a piece. But how to differentiate your new monster hunting game from a property literally called “Monster Hunter”? In the case of Wild Hearts, the answer to that question seems to be “simplify the gameplay, make things more accessible, and get a little weird.” 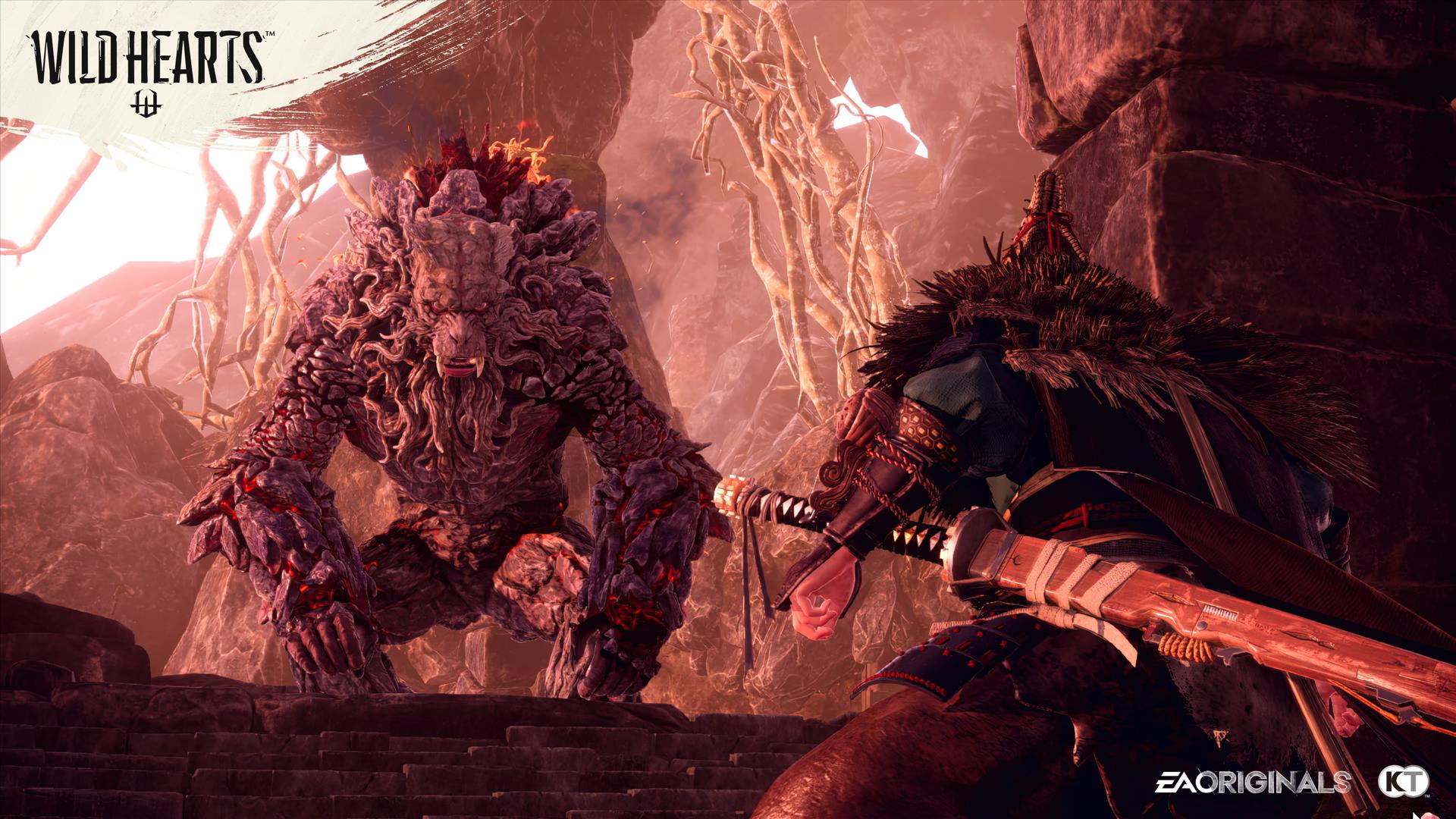 While I do love the Monster Hunter franchise, one of my primary gripes about it over the years has been that the onboarding is incredibly obtuse. Almost every game playing friend I have bounces off of Monster Hunter titles because they are so difficult to get into, leaving me playing with a bunch of randoms from overseas. New players either need another experienced player to act as their guide into the world, explaining all of the complexities of the systems, or they need a bullheaded determination to stick with one of the games until they figure everything out.

Koei Tecmo’s Omega Force – the team behind the mega-successful Warriors franchise – must have realized what a big issue this really is. These games can be incredibly complex, with a mountain of features and mechanics with which players need to come to terms. While Koei Tecmo is obviously very skilled and experienced at publishing games, it was still concerned about the best way to onboard new players and make the game appealing to Western audiences. This led to the unprecedented - and honestly, kind of epic – team-up with EA. With the two teams working together, additional focus was given to easing players into the game without overwhelming them with complex systems and obtuse mechanics.

I’ve played through the opening act of an early build of Wild Hearts, and can attest to the fact that the game is very accessible. In the series of videos below, you can see me piecing things together in real time. In the first video, I’m just learning the ropes. I’m still struggling with the buttons a little bit, as my hands automatically want to behave they way they would when playing Monster Hunter. But I’m still able to run around the world and take on the first Kemono (the name Wild Hearts have given it’s monsters) in the game, the Ragetail. Following that, I take a bit of time playing with the game’s various systems, learning how to use materials rewards from the hunt to open up new Karakuri – the game’s Fortnite-like build-on-the-fly objects.

As you can see in the video above, Wild Hearts takes a more real-world-based approach to its monster design. Sure, there aren’t really giant rats covered with flowers running around Japan, but rats themselves are a real creature that exists in the world today, unlike things like dinosaurs and dragons. Most of the Kemono in Wild Hearts are based on recognizable animals, which have been infused with other naturally occurring attributes – stuff like flowers, bulbs, sticks, and bushes. It sounds weird, but in practice the Kemono are very cool-looking, powerful foes.

By the time I got around to recording the next video, I was far more comfortable with the controls and mechanics of the game. I had beaten the second big Kemono, the Sapscourge, twice already and had upgraded my weapon and armor accordingly with the materials I had gained from those wins. The crafting system is very easy. As you defeat Kemono, new armor options open up on the crafting menu. You are clearly shown whether or not you have the needed materials, and if you don't you can quickly set out into the world to hunt the monster again to pick up what you need. Weapons can be upgraded with each new Kemono as well, with a nifty system that allows players to push certain perk attributes forward from build to build.

For the first half of the session below, I was unable to find the Sapscourge, though I had located him easily in previous sessions. Finally, I figured out that I needed to build the tower Karakuri, which would locate the Sapscourge and lead me right to him. The game had clearly explained this mechanic to me earlier, it just took a while for it to sink through my thick skull.

Karakuri are helpful in a number of ways, and they come in a wide variety. By the time I finished fighting the three monsters in this early build, I had maybe 8-10 Karakuri at my disposal. Some could be built on the fly during battle, allowing me to leap off of them to do massive damage to Kemono with savage attacks from above. Some – which stay persistently in the world wherever you put them – help with traversal, or like in the case of the above-mentioned tower, help to locate monsters when you are wandering in circles. And some seem to be simply decorative, a way to customize the world of Wild Hearts a bit to make it your own.

My favorite Karakuri combo so far is the Bulwark. By building six boxes in two stacks of three right next to each other, the player can erect a defensive wall. Standing on the wall can defend against ground-based AOE attacks, and of course you can leap off of it to attack. But the best feature of the Bulwark is the way it stuns larger foes that rush into it, allowing a bit of breathing room for players to regroup, or to mount an attack on a temporarily incapacitated foe. Take a look at how I deploy the Bulwark against Kingtusk in the following video:

Wild Hearts offers full cross-play with its co-op gameplay, allowing three partners from any platform to team up and take on Kemono. Due to the nature of the trial period, I was unable to connect with other players to take on any missions, but I can only imagine that the game gets even more fun when you share it with a few buddies. When asked by Wild Hearts teams only consist of three players instead of four, Executive Producer Lewis Harvey said that the team tried four player teams, but the game felt like it worked better with three. Four people all building Karakuri at once and launching every which way was simply too chaotic.

There are a ton of features in Wild Hearts that we have yet to see; this alpha version only contains a small slice of the final game. The world I was tromping around in was only one of four, based on the four seasons, and I wasn't even able to open up the full level. There will be a hub city to hang out in and gather quests. A ton more Kemono will obviously be present, including some real giants if some of the promo materials I’ve seen are to be believed. And digging into the menu system, I was able to spot a number of other features that have yet to be revealed. 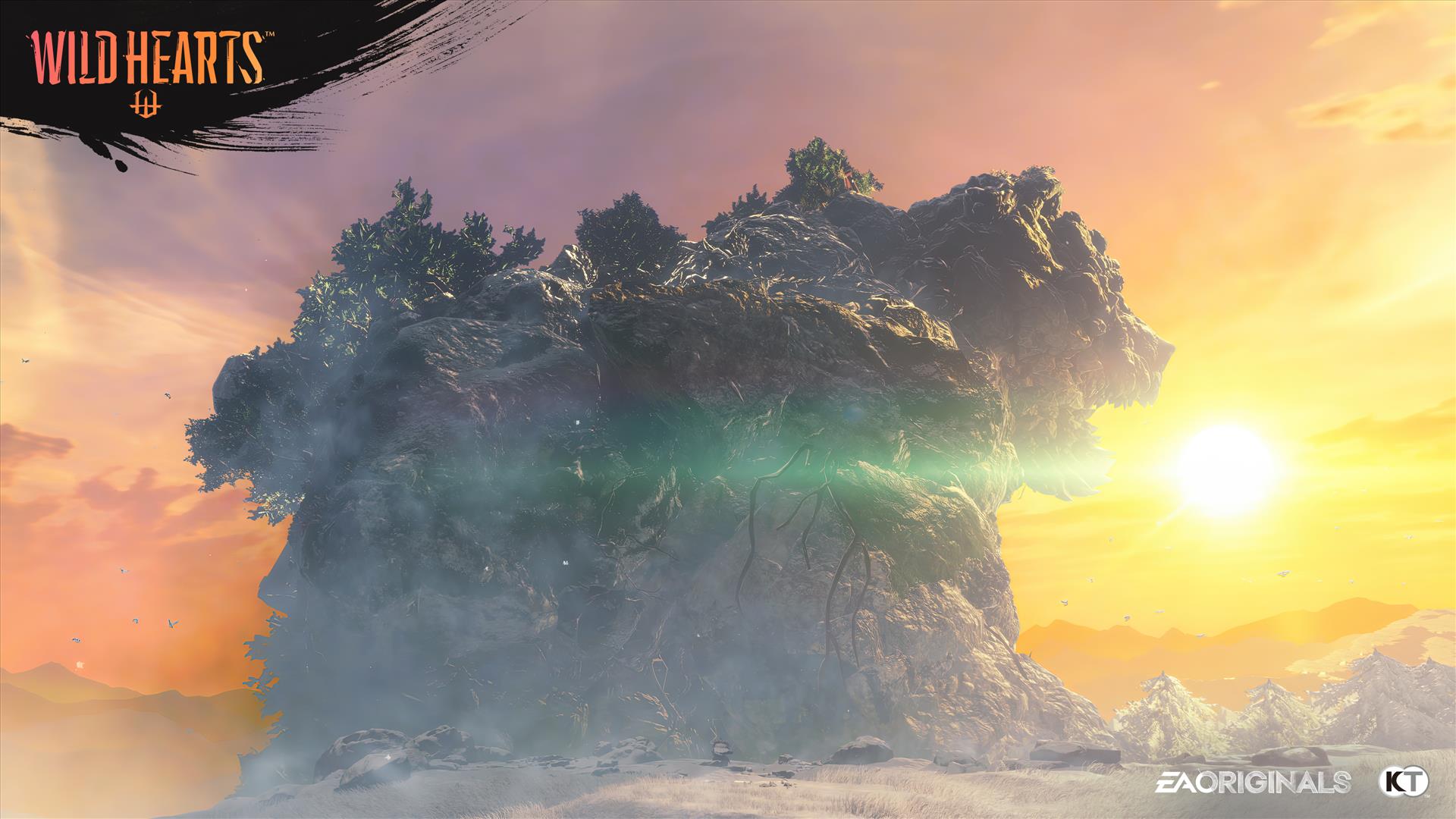 Monster hunting is one of my favorite genres, and I’ve felt for quite a while that there is plenty of room at the table for new and interesting games to enter the field. At a recent press event I attended, Lewis Harvey stated that one of the goals EA and Koei Tecmo had with Wild Hearts was to make the game “clean, accessible, fun, and engaging”, focusing on gameplay that is “faster paced” and “action oriented”. From everything I’ve seen so far, this merging of talent from two companies has succeeded wildly in achieving these goals. I can’t wait to get my hands on the final product. February can’t come soon enough.