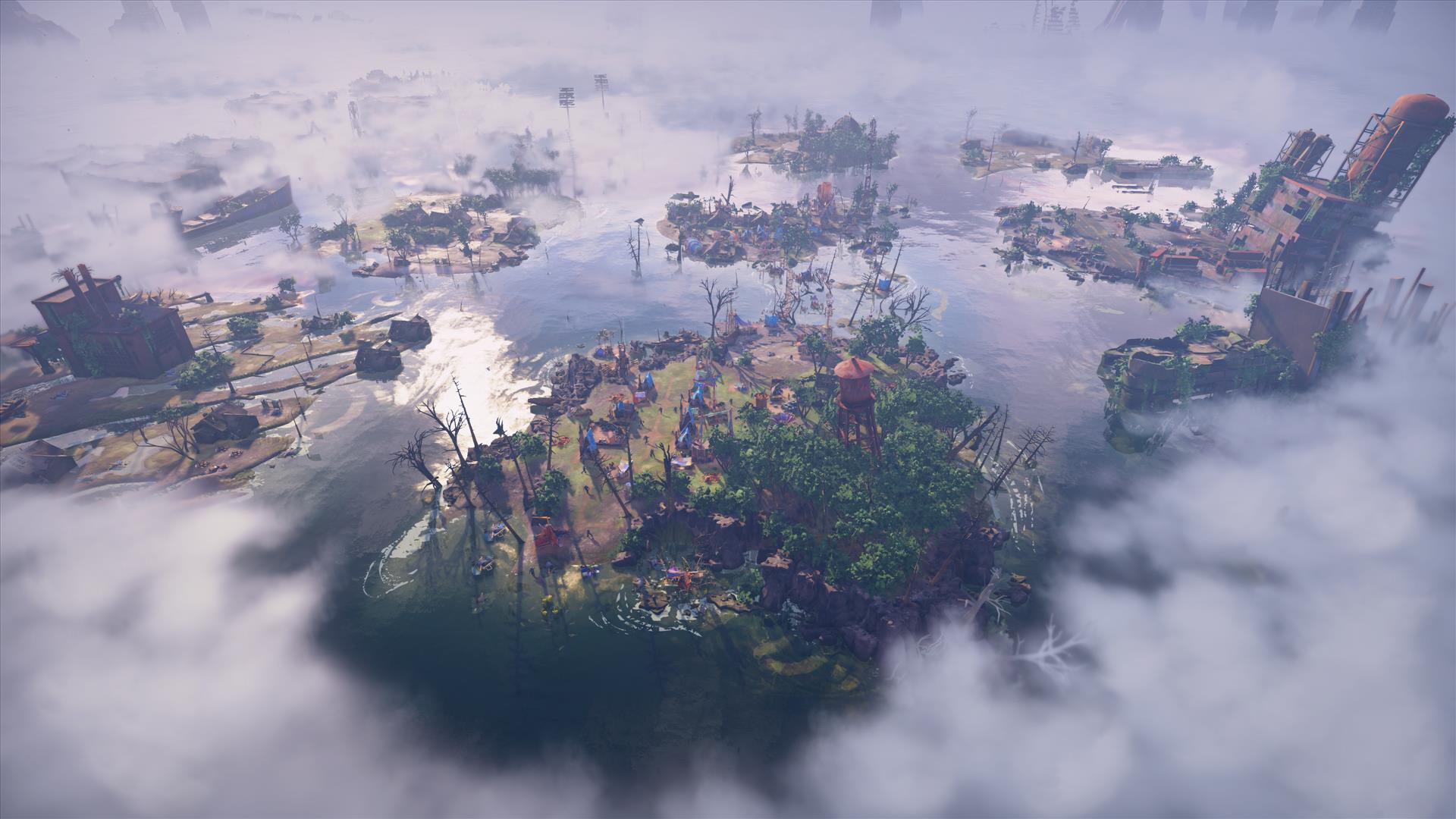 Floodland is a new post-apocalyptic city builder coming to Steam on November 15. Developed by Vile Monarch and published by PLAION’s publishing label Ravenscourt, Floodland imagines what the world will be like after the climate crisis has run its course, destroying civilization and putting humanity on the ropes (so, you know, about fifteen years from now). In Floodland, a small band of five survivors wash up on a small island, crashing their boats in the process. Forced to survive on their wits alone, they begin using the paltry resources at their disposal and a fair amount of "go-get-em" can-do attitude to start rebuilding civilization. 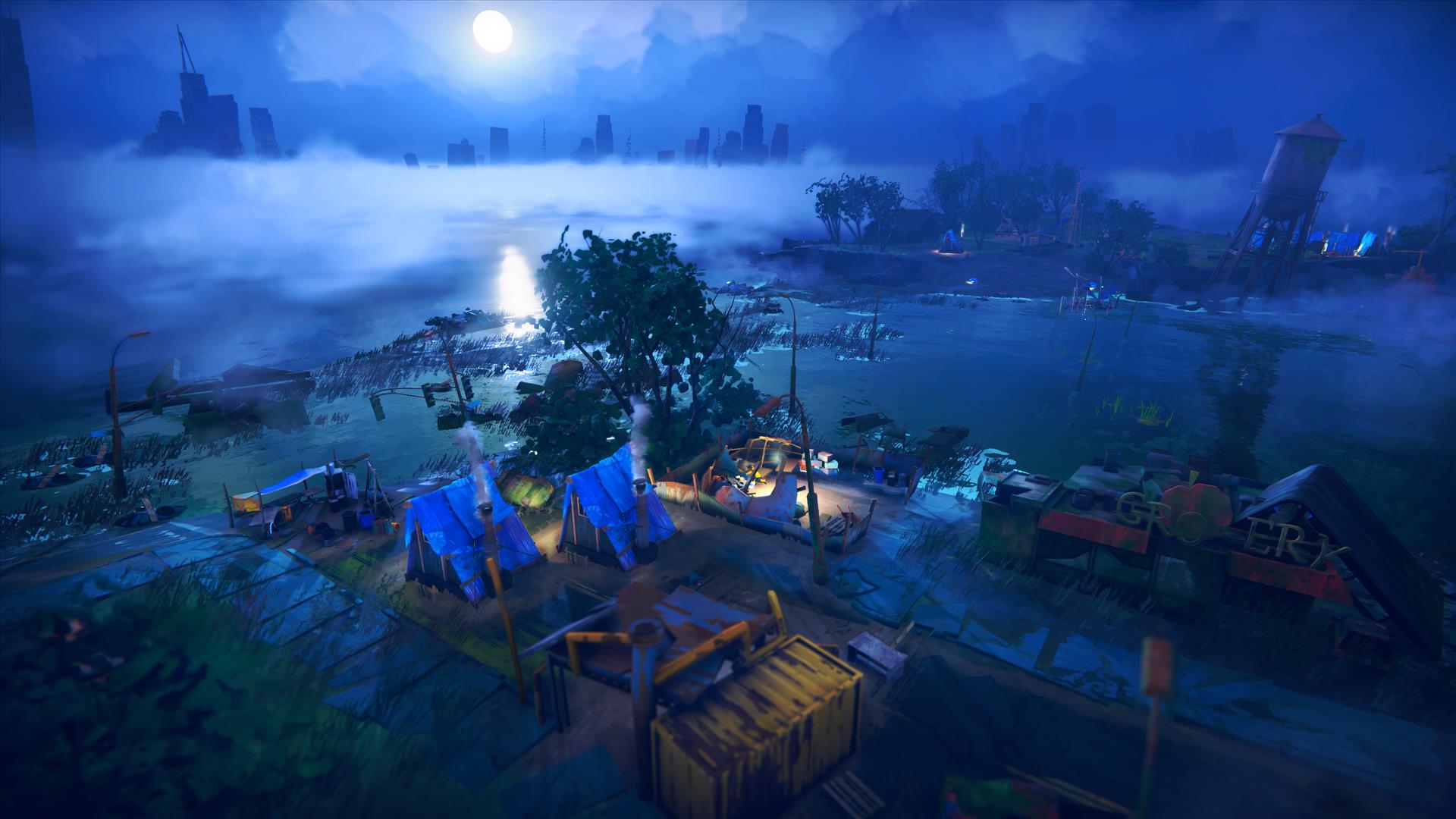 I've been messing with the Floodland demo on and off for a couple of weeks in anticipation of its release as part of Steam Next Fest on October 3rd. Instead of posting my usual video fumbling around and trying to get to know the game, I decided to try something different. My first time through, I beat the demo, but was unsure of what triggered it to end. I decided to try to push the demo as far as I could, seeing how many technologies I could unlock, how many buildings I could build, and how stable I could make my civilization before the demo got wise to me and cut me off.

My first attempt was an abject failure. Everything was going along pretty well, but I built my water still out a little too far into the water, and my people all died of thirst, unexpectedly and simultaneously. You can witness that particular extinction-level event here:

I was far more successful on my second attempt. Starting fresh, I determined that I would only do the bare minimum the game required to progress, focusing on resource gathering before moving forward with things like "shelter" and "other life essentials". This allowed me to put my need to push the game further at the cost of my poor Floodland inhabitants' safety and well-being. Whatever. They knew what they were signing up for. Shouldn't have come on the boats if they didn't want to be a little wet, hungry, and uncomfortable.

This attempt allowed me to maximize my resources by planning more carefully. By being a bit more deliberate with my choices, I ended up maxing out most of my resources, filling my little storage unit with all of the food, rubbish, and wood it could hold. By the end of this second run, I had pretty much identified the barriers of the demo. No more research available = no rubble unlock = no further advancement in technology or geography. Still, it was very fun to try to sneak as much stuff into the time limit of the demo as I was able to, and I think that this run allows for a pretty good look at the game and what it is all about.

If you are interested in trying this out for yourself, the Floodland demo is available today on Steam. You can also wishlist the game there in anticipation of its November 15 release date.