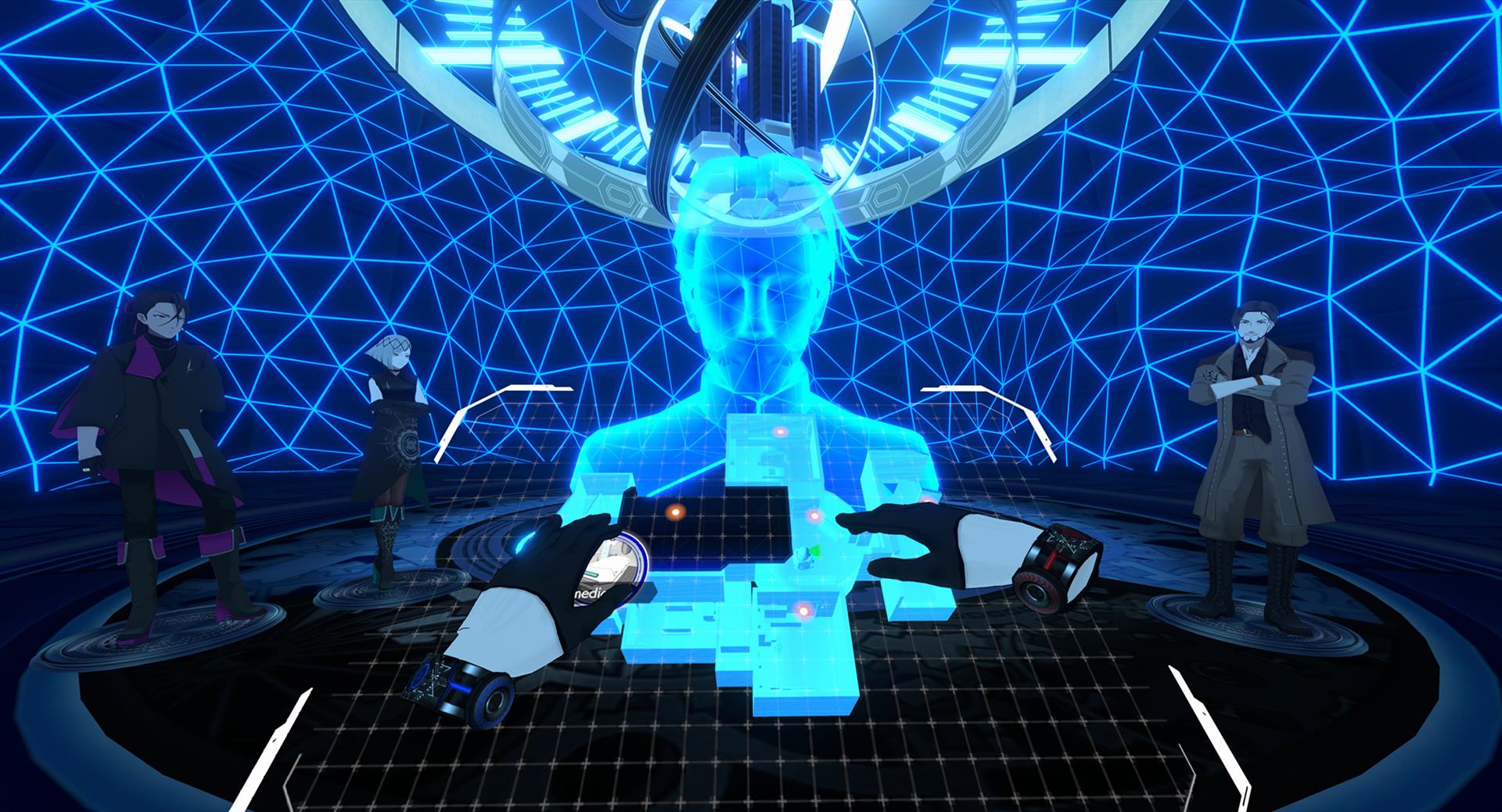 Written by Eric Hauter on 9/30/2022 for QW2
More On: Dyschronia: Chronos Alternate

Dyschronia: Chronos Alternate represents an evolutionary step for VR developer MyDearest. I played MyDearest’s previous title, Altdeus: Beyond Chronos on Quest II, and really enjoyed it for its high-end, living anime presentation. Indeed, if you look at a screenshot for either of these games, they look like screens from an anime film. But when you see these images in 3D, and interact with them, you get a sense of the hard work and artistry that went into creating them.

Altdeus was a VR visual novel, a fun tale told in VR with some limited interactions. But Dyschronia takes things much further than its predecessor, feeling more like an adventure title than simply a 3D storybook. While there are still some long story sections filled with conversations, Dyschronia is far more interactive, allowing the player to freely move about environments and interact with characters that live within. There are even a few short stealth sections, showing that MyDearest is stretching its legs a bit and trying new things. 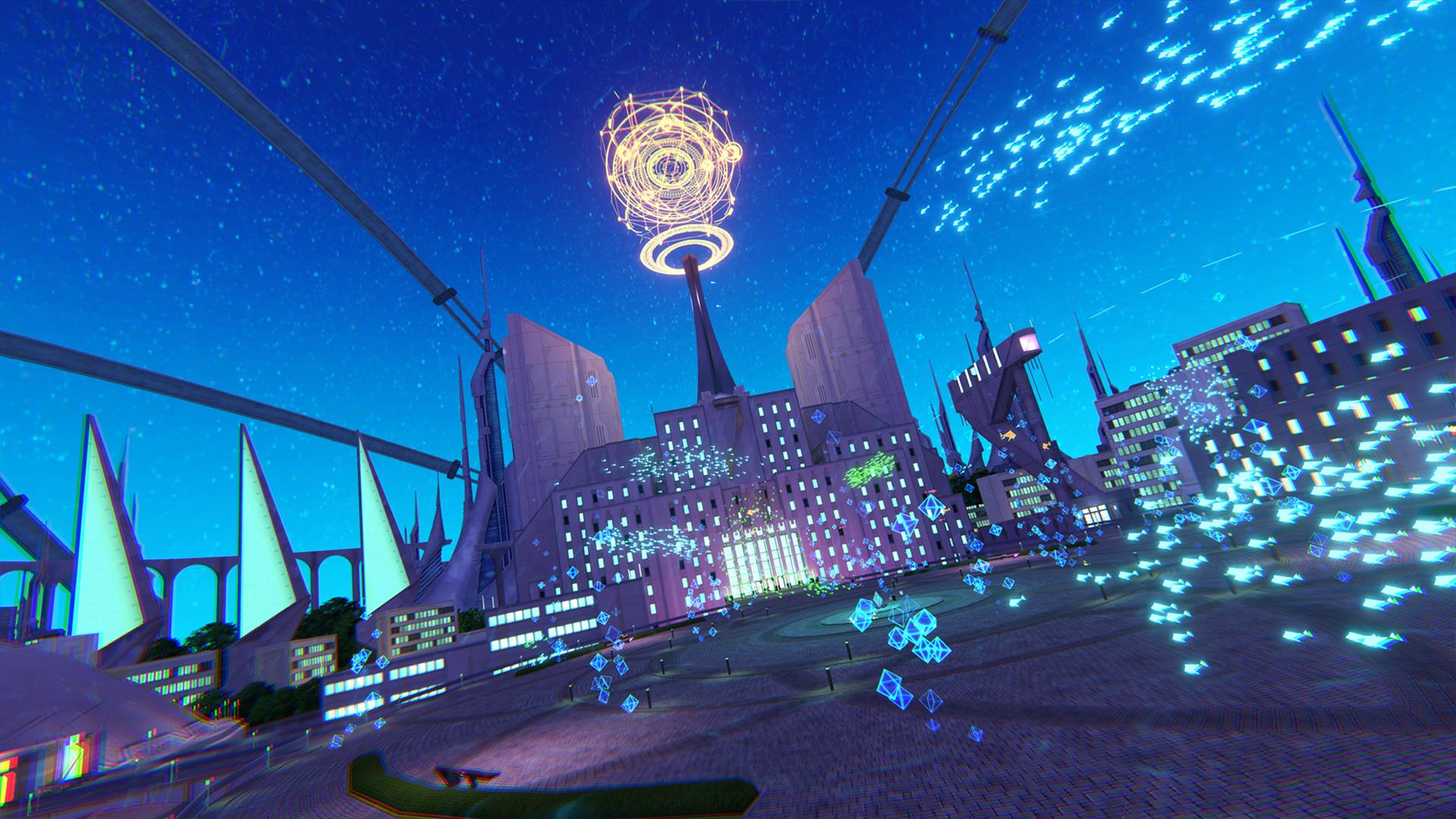 In Dyschronia, players take on the role of Hal, a newly graduated detective just passing his final exams and starting on his first day of work. Hal and his fellow citizens live in a dome-covered city, created by Professor Rumford, a technological visionary. Rumford has developed Augmented Dreaming, a computer-assisted state of being, in which all citizens share their thoughts and feelings, making crime a thing of the past. If you feel what everyone is feeling, you aren’t as likely to hit them with a bat.

Or let me amend that to “making crime almost a thing of the past”, because on Hal’s first day as a detective, Professor Rumford gets straight up murdered in his apartment. As the city locks down in shock at the crime, the AI that runs the city taps Hal as the best detective to lead the investigation, even though he is brand new. Of course, the AI may or may not be interested in actually solving the crime, as it seems far more invested in simply closing the case and sweeping everything under the rug. 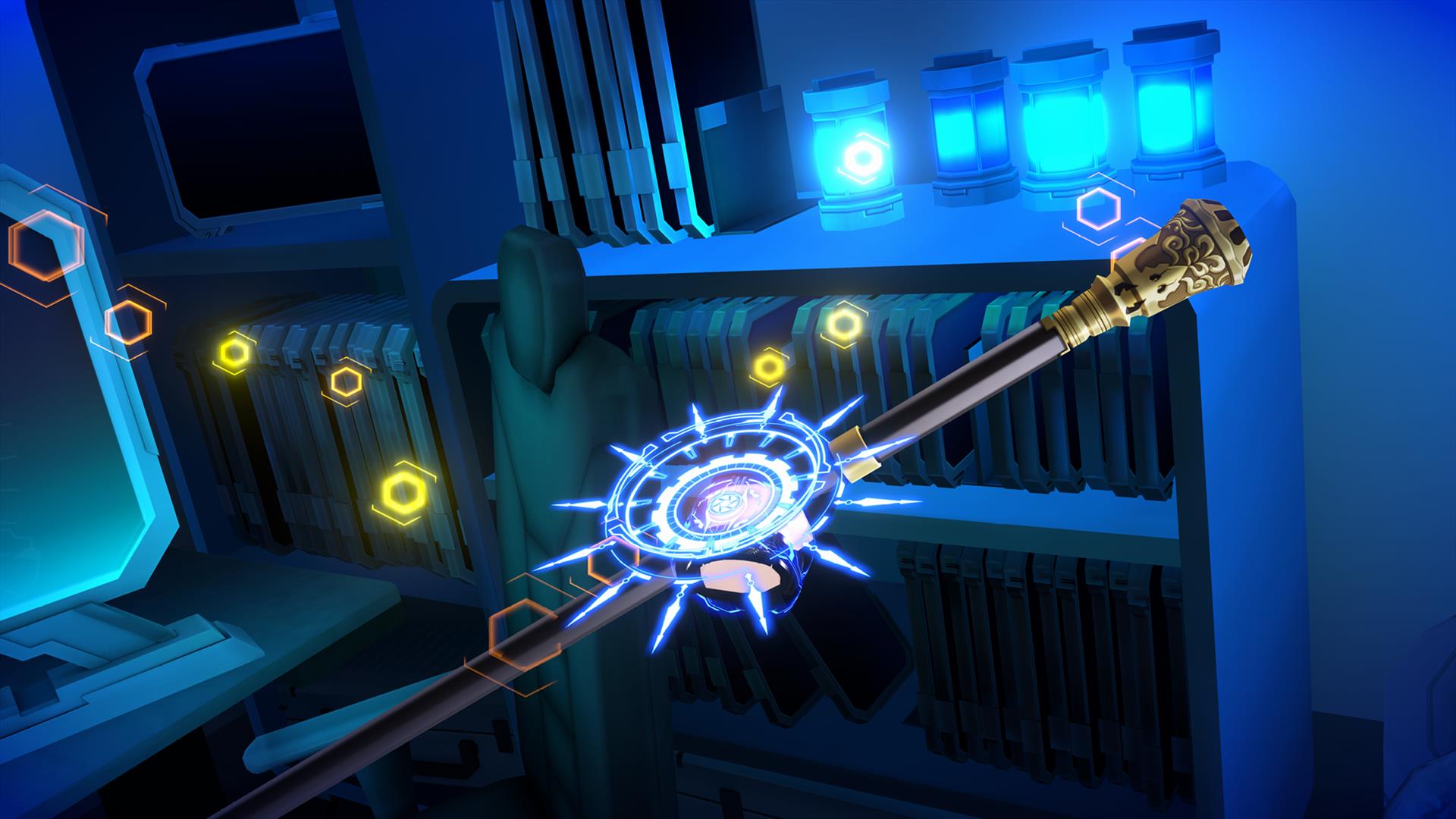 Hal goes about his investigation with several tools at his disposal. As a “variant”, Hal has certain murky abilities that make him both respected and feared. Primary among these is what I call Hal’s “Dead Zone touch”. Like the character Johnny in Stephen King’s classic novel, Hal can pick up an object and see into its past. Hal experiences scenes through the eyes of whoever last handled the object, leading to some discordant imagery that must then be pieced together and parsed as he gains more contexts, until it makes some sort of sense. At certain moments, Hal can even influence the decisions of the person in the past, allowing him to slightly alter the scenes he is seeing, granting more insight into what he is witnessing.

Hal can also instantly access Augmented Dreaming, allowing him to briefly question the people that exist there. In this space, he can start “counseling sessions”, which are short minigames that help settle down disturbed citizens.

After the table is set with a bit of effective world-building, much of the players time will be spent investigating the crime. All information that Hal has collected can be examined through an interface accessed via Lily, Hal’s floating AI investigation-doll-thing. While the game offers both Japanese and English voice tracks, I played in English. Lily has one of those squealing anime/RPG voices that always seem to be present in games of this type. I’ve often wondered where this little-girl-on-helium aesthetic started, and who likes it enough to perpetuate the trope. 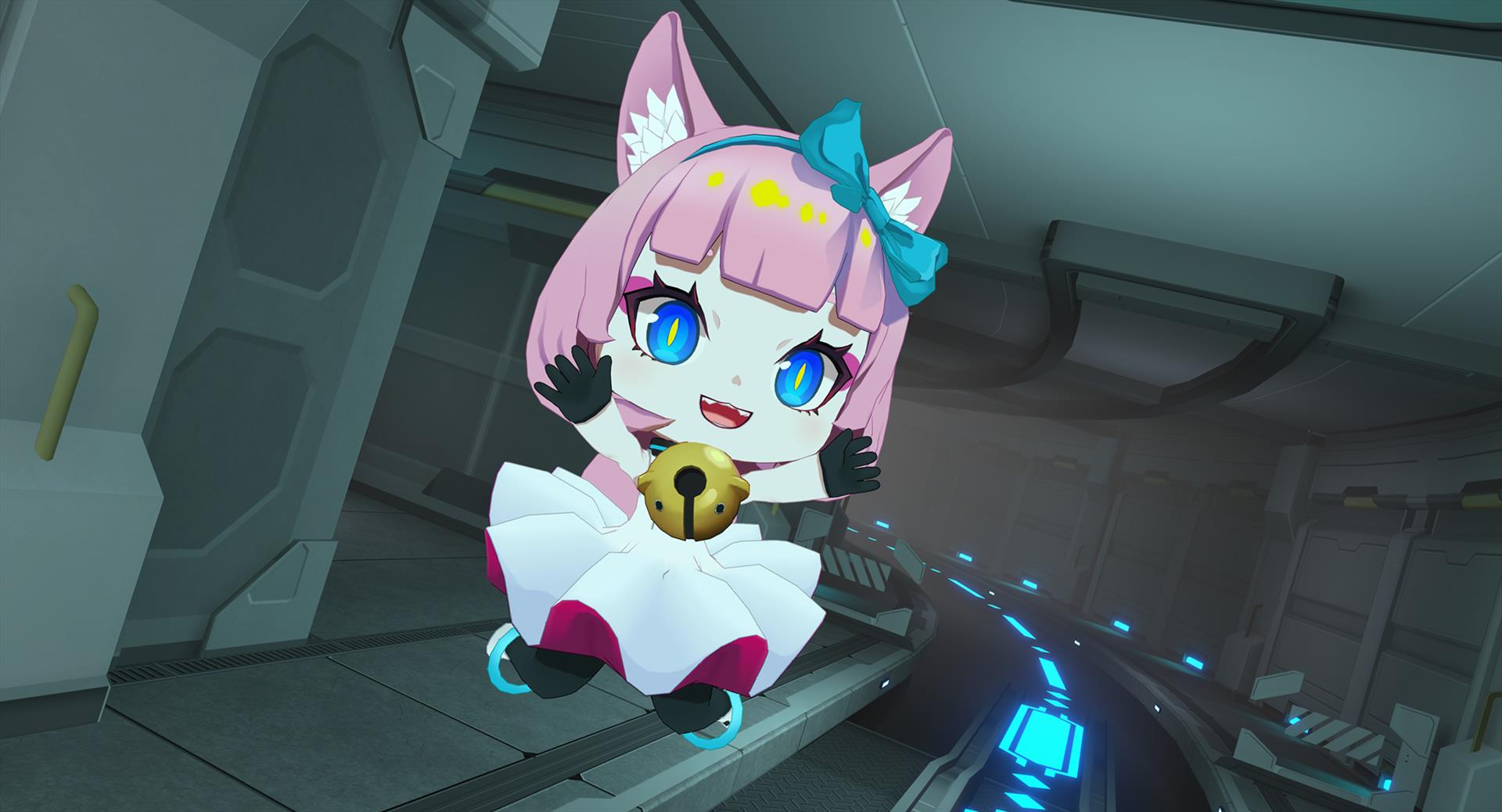 Regardless of Lily’s squeaking, the doll is useful in both investigation and correlation of data, serving as a bit of a guide to the player and Hal alike. Several other characters make an impression, with across-the-board good performances. As this is the first episode of a planned three-episode arc, it will be interesting to see how some of these characters come into play in the future.

Indeed, there are a lot of threads left hanging at the end of Dyschronia, not the least of which is the impending end of the world. Several times throughout the game, Hal is granted visions or gains information about a coming cataclysm that will destroy the city in a matter of days. Though, as a player, I found all of this to be quite alarming, Hal seems to take it in stride. I’m guessing he will become more panicky as the episodes progress. 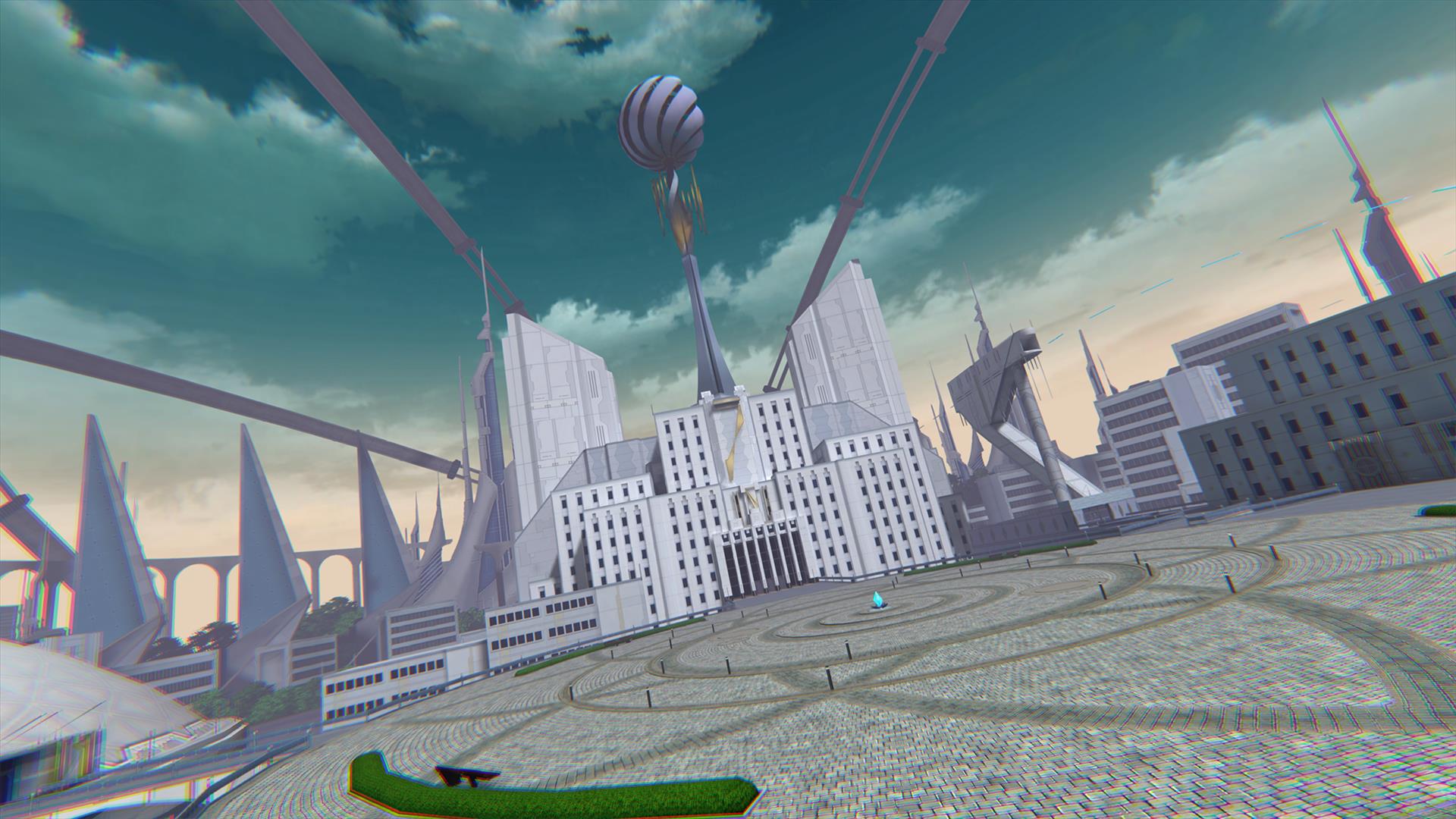 Presentation-wise, Dyschronia is top notch, building upon the already impressive ground laid in Altdeus. With greater interactivity and the ability to actually explore a little, the world of Dyschronia feels more realistic, though the budget of the title does peek through a bit around the seams. At one point when Hal was getting into shuttle, I was all braced to see the entire city go skating by in VR, only to get a somewhat static view of the cityscape. Probably in keeping with the anime aesthetic, but it still made me a little sad. Even so, MyDearest continues to manage a pretty slick technical feat with it’s living anime world.

I also wanted to make special mention of the absolute banger opening credit sequence, which blew my socks off. It isn’t often that I see something in VR that flat out thrills me, but the three-to-four minute animation that kicks off Dyschronia feels like a mix between James Bond and Persona, but it wraps around your head in the most delightful way. I was super excited to play the game after experiencing it.

Players should go into Dyschronia with the knowledge that this is an interactive adventure title; it can be a bit of a slow burn at times. But anime fans and fans of cool VR worlds in general would do well to check this one out. The world building is super strong, the mystery is intriguing, and I’m excited to see what the next episodes bring.

Dyschronia: Chronos Alternate moves MyDearest’s living-anime games forward several steps by adding a greater degree of interactivity to the already excellent storytelling. Though the slow burn may put some players off, those with patience will find an intriguing mystery in a fabulously built sci-fi world. Well worth a look for anime fans; Dyschronia: Chronos Alternate hints at some great things to come, both from this series and this developer.