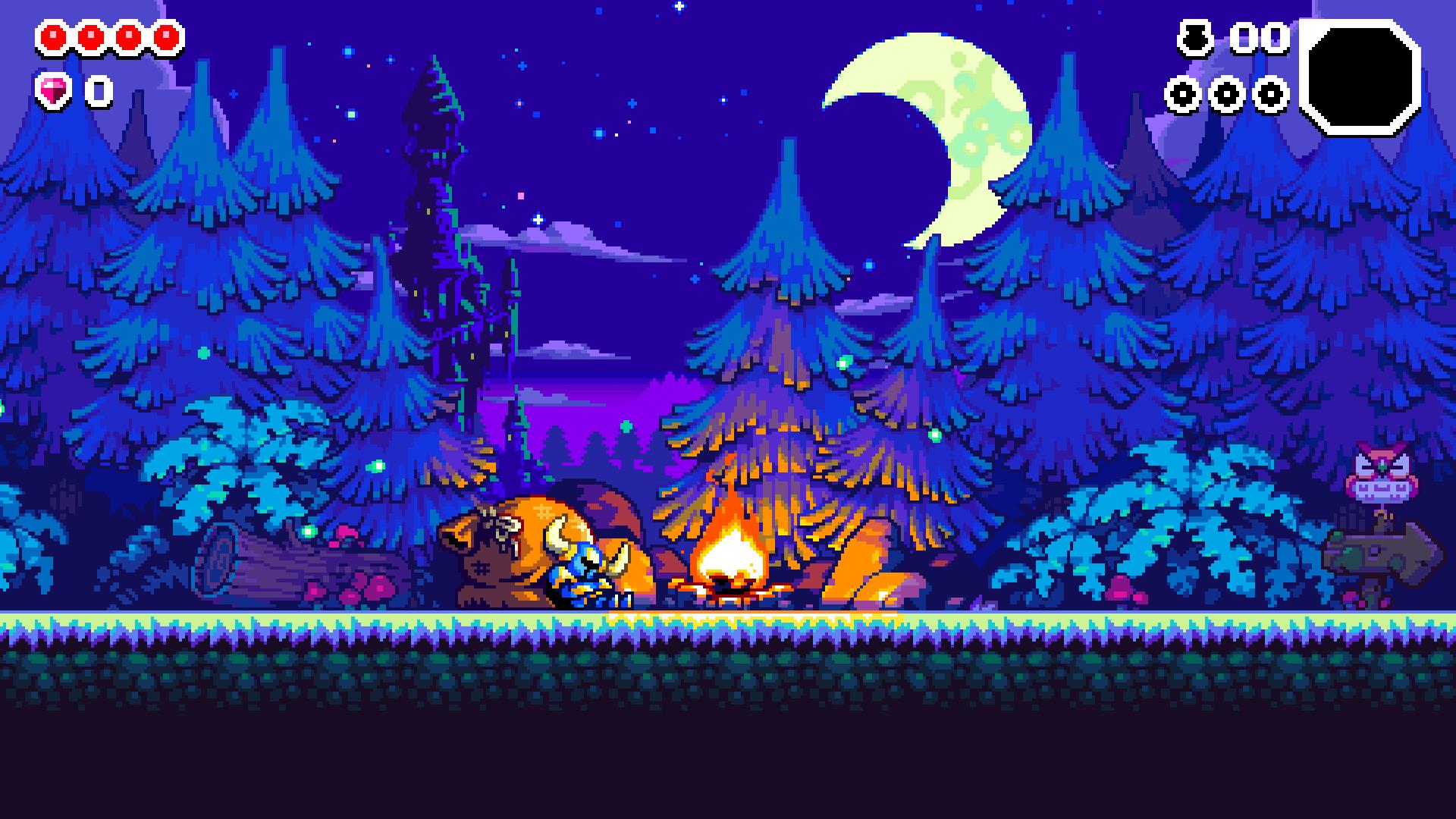 Written by Elliot Hilderbrand on 9/29/2022 for PC
More On: Shovel Knight Dig

When it comes to gameplay, Shovel Knight Dig shares little with either Pocket Dungeon or the original. Dig is a rogue-lite, levels are procedurally generated, death is permanent, and there is little holdover from each run. With Dig, the levels are vertical; each biome has you digging further and further into the abyss. There are some modern amenities in this rogue-lite. For starters, you carry over some of the gems you earn from each run. You can upgrade armor or unlock new abilities found on runs. Armor can also be upgraded from the gems you have saved from previous runs. Once you have gone down far enough, you can bypass some early biomes and work on the later, more difficult ones.

In my first few runs, I found myself struggling to have fun. There is zero tutorial or explanation of what is going on. You jump into a newly formed mysterious hole, and the game starts. I had no idea that my shovel acted as a pogo stick when I jumped on enemies; I didn’t realize the map moves down and not side to side. Nothing. There is zero hand-holding; nothing is explained very well to you, and even the controls have to be learned as you go. I found myself dying by the second or third stage of the first biome. Luckily, there isn’t much to the mechanics of Shovel Knight Dig, and I quickly adapted.

A big reason for my quick and easy adaptation, from knowing nothing to being able to clear several biomes without much trouble, came from the accessibility options. Playing on PC the controller support worked flawlessly. I had no issues with movement; I know Shovel Knight Dig can be played on a mobile touch screen. I can’t speak to how it plays, but I imagine controls could be a bit of a pain on a small screen. With so much happening on screen at one time, I would also assume it might be difficult to navigate obstacles, move, and attack, especially with the pin-point accuracy you need. 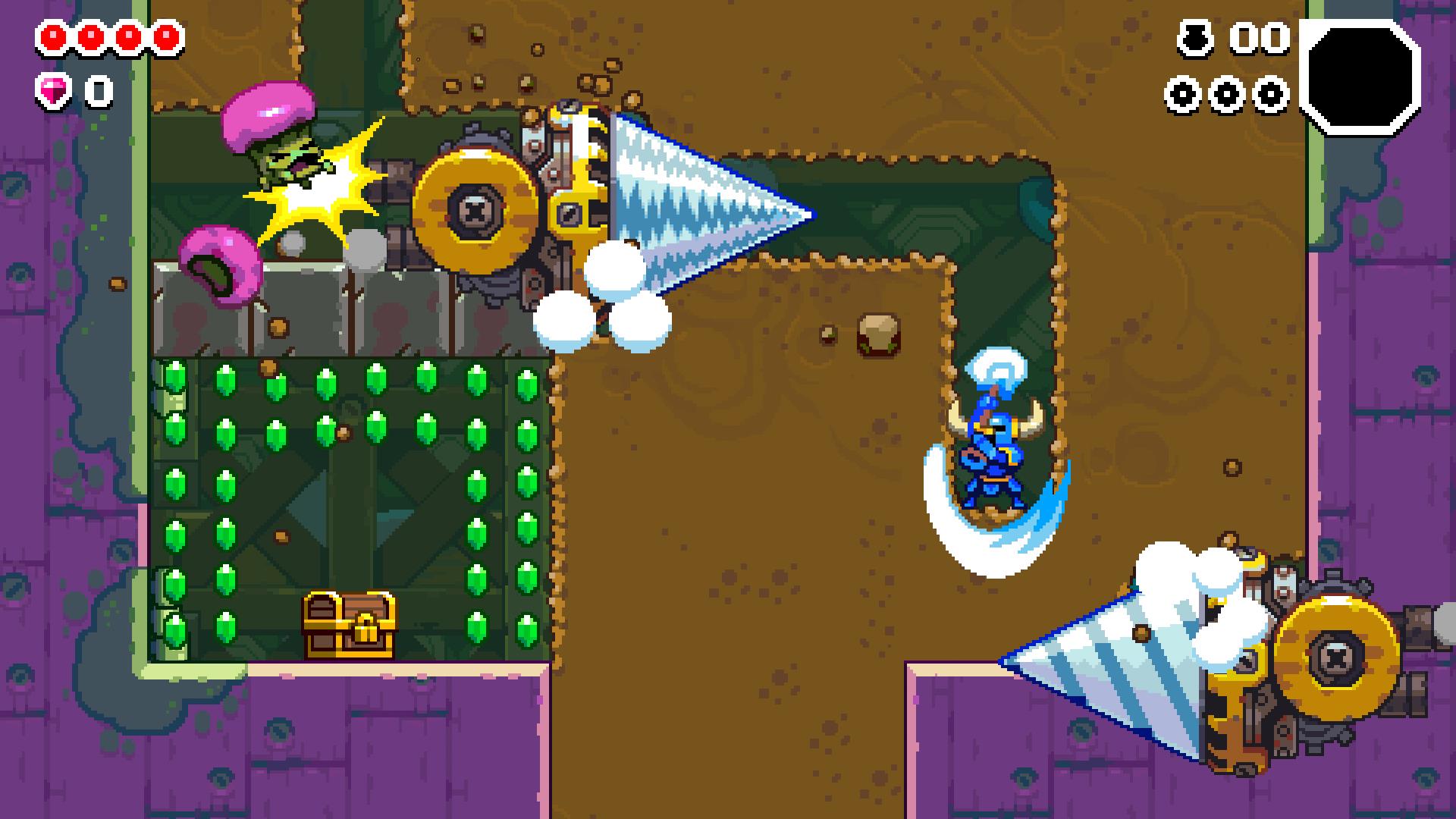 Shovel Knight Dig has a few more tricks up its sleeve to make the game easier to play despite the skill or lack of on the players part. There are many options to adjust to make Shovel Knight Dig easier. You can choose to begin runs with extra health, improve your chances of finding food or gems, make your character do extra attack damage, and even slow the game down. Features like these not only made it easier to get me adjusted to Dig but make it easier to come back after a long hiatus.

Can pixels be breathtaking? Cause Shovel Knight Dig is more than just pretty. During runs a lot can happen on screen, making each individual effect hard to notice. If you slow down Dig in the accessibility settings, it becomes easy to notice the care and thought that went into the art style. Yacht Club Games has always done a great job of making their games look top-notch; Shovel Knight Dig is no different. 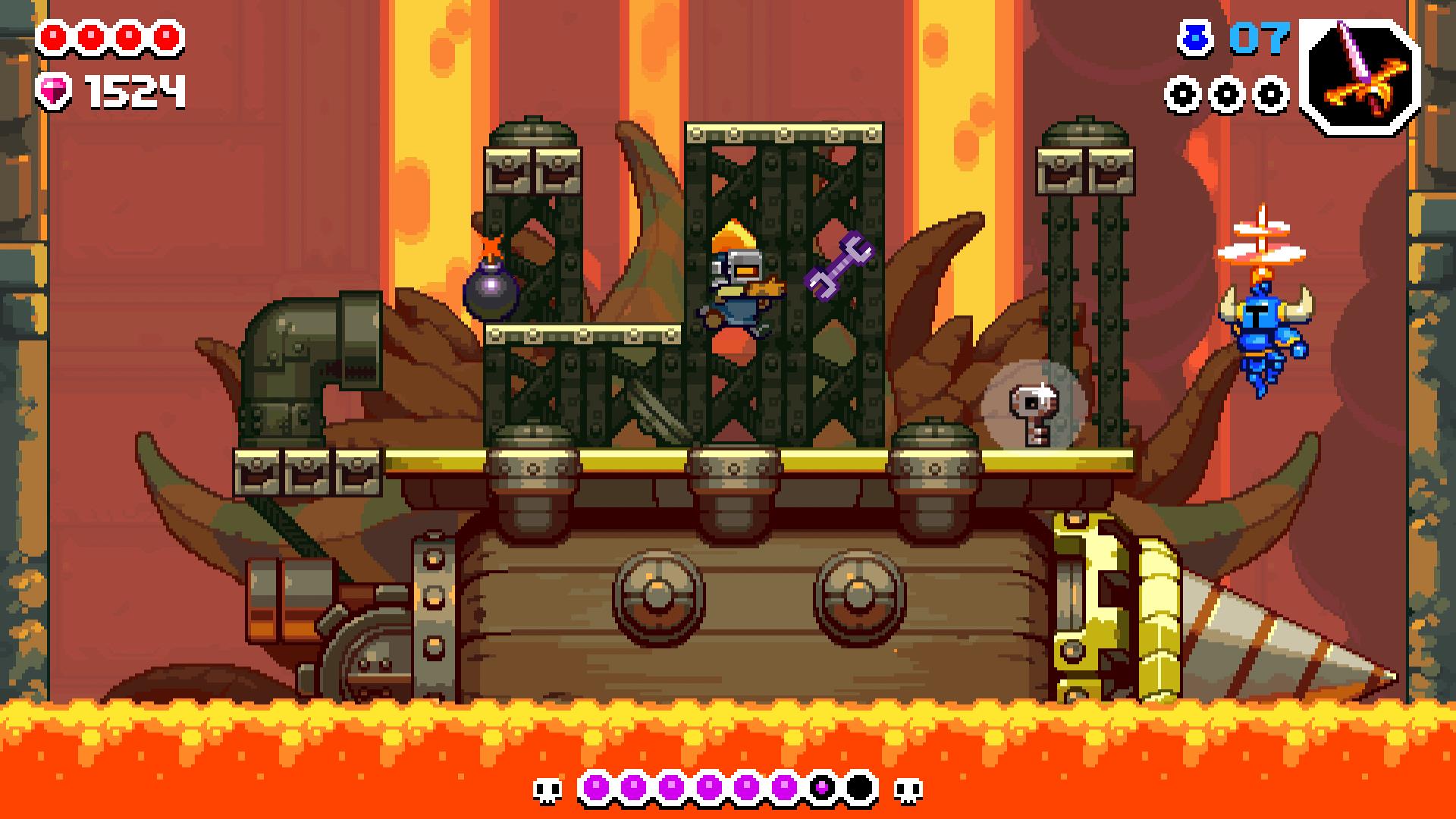 I don’t care for everything in Shovel Knight Dig. For starters, the replay once I finished was nowhere to be seen. There is a true ending you can achieve; I have no idea how to go about that, but saying it is difficult is an understatement. It’s something I don’t see ever trying, or having any interest in. The overall playtime feels a little short as well. While it took me over ten hours, I feel I am on the far end of that. Many other, more seasoned players will have an easier time completing Dig. Even though I was able to beat the game in a decent amount of time, I still felt like I was cheated out of a few runs. Death found me without having to look very far. I felt constantly cheap-shotted, that’s a word, right? And the in-game accessories I can find to pump up my character felt more useless than helpful. I sometimes didn’t understand why they would have them in the game in the first place. 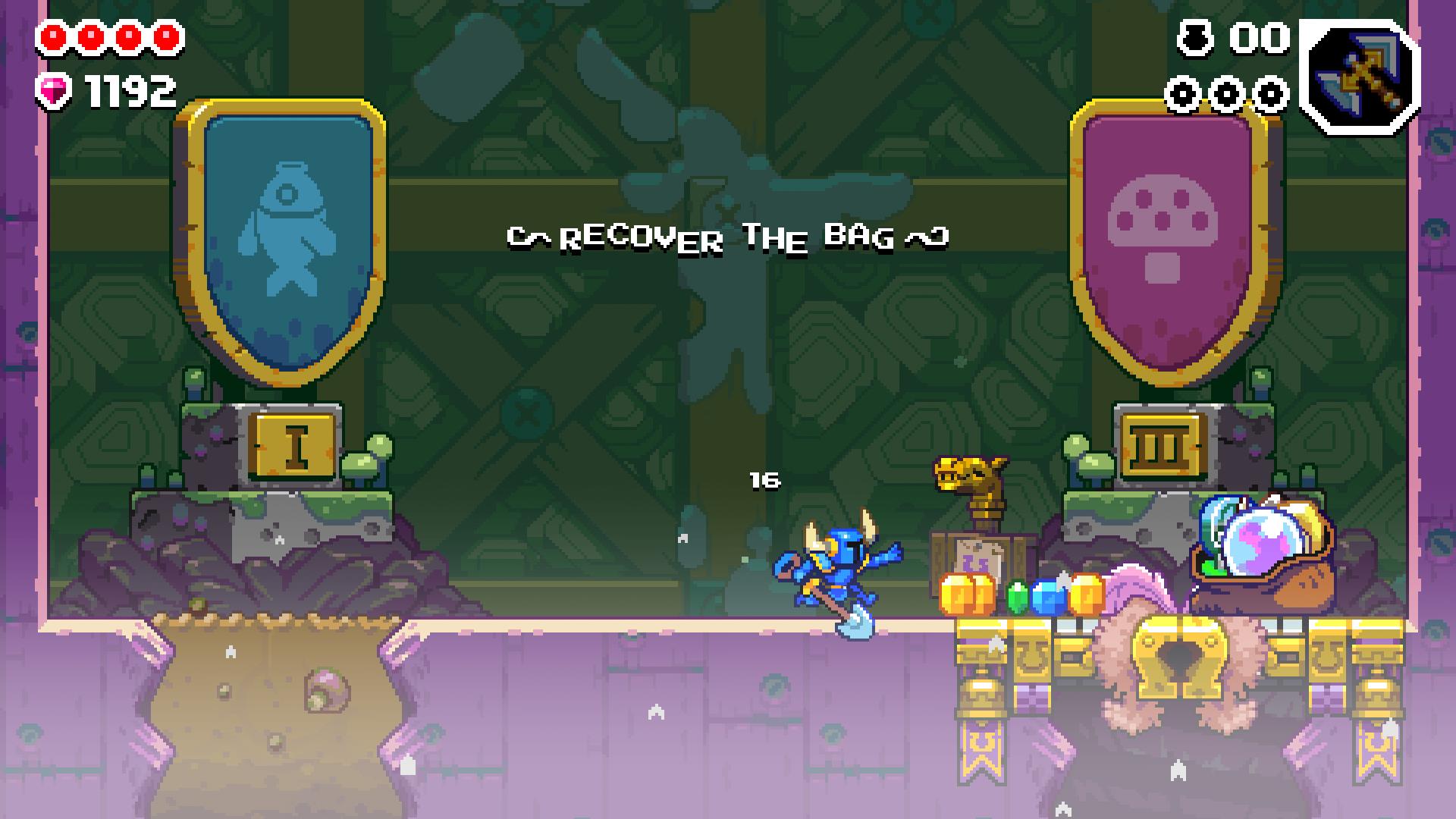 I love rogue-lite games, but that doesn’t mean I’m very good at them. Being able to pick up and play without having to recall what I did last or where I need to go next is the biggest gameplay element I love. I play a lot of games, and when I want to play something for fun, I usually find myself looking at my rogue-lite library. Shovel Knight Dig will be one I go back to from time to time. Being able to adjust how difficult the gameplay is will make it easy for me to hop back in after a long period of playing something else. Dig is also pixel art perfection. Beautiful to look at; once you get the shovel swinging it doesn’t take long to complete Shovel Knight Dig. While I don’t find a lot of replayability in the short term, I can see myself jumping into Dig when the rogue-lite itch needs scratched.

Shovel Knight Dig is a fun little rogue-lite. While it took me over ten hours to beat, I know better, more rogue-lite skilled players will not need as much time. I did not encounter bugs or errors with my time; but more than a few of what felt like unfair deaths. The chaotic gameplay of Dig makes it hard to see how great the pixel art is at times, but being able to literally slow down the gameplay or adjust my health and damage output makes it easier to appreciate the visuals. I can see myself returning to Shovel Knight Dig in a few months just to give it another spin, but the overall replay did not entice me back immediately.