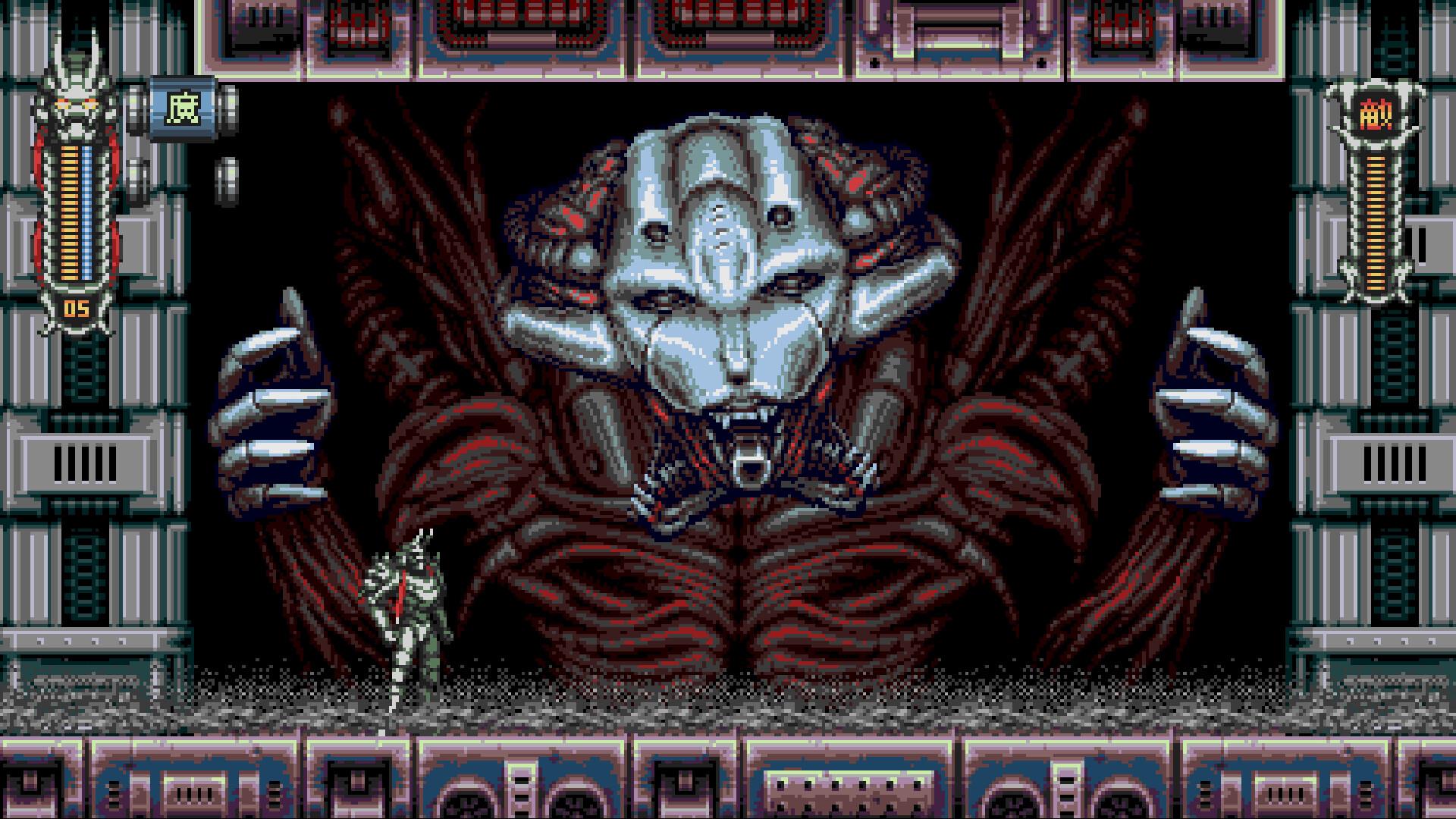 Written by Joseph Moorer on 9/30/2022 for PC
More On: Vengeful Guardian: Moonrider

It's not everyday you get two of your favorite franchises thrown into one game, and Vengeful Guardian: Moonrider is here to make it happen. Developed by Joymasher and Asteristic Game Studio, and published by The Arcade Crew, Moonrider is a love letter to games like Shinobi and Ninja Gaiden, and feels like a little Mega Man has been thrown in for good measure. Vengeful Guradian: Moonrider has a 16-bit feel, more like a Genesis/SNES hybrid, and it plays like an old school dream. We got our hands on an exclusive demo a few days before it goes public on Steam. 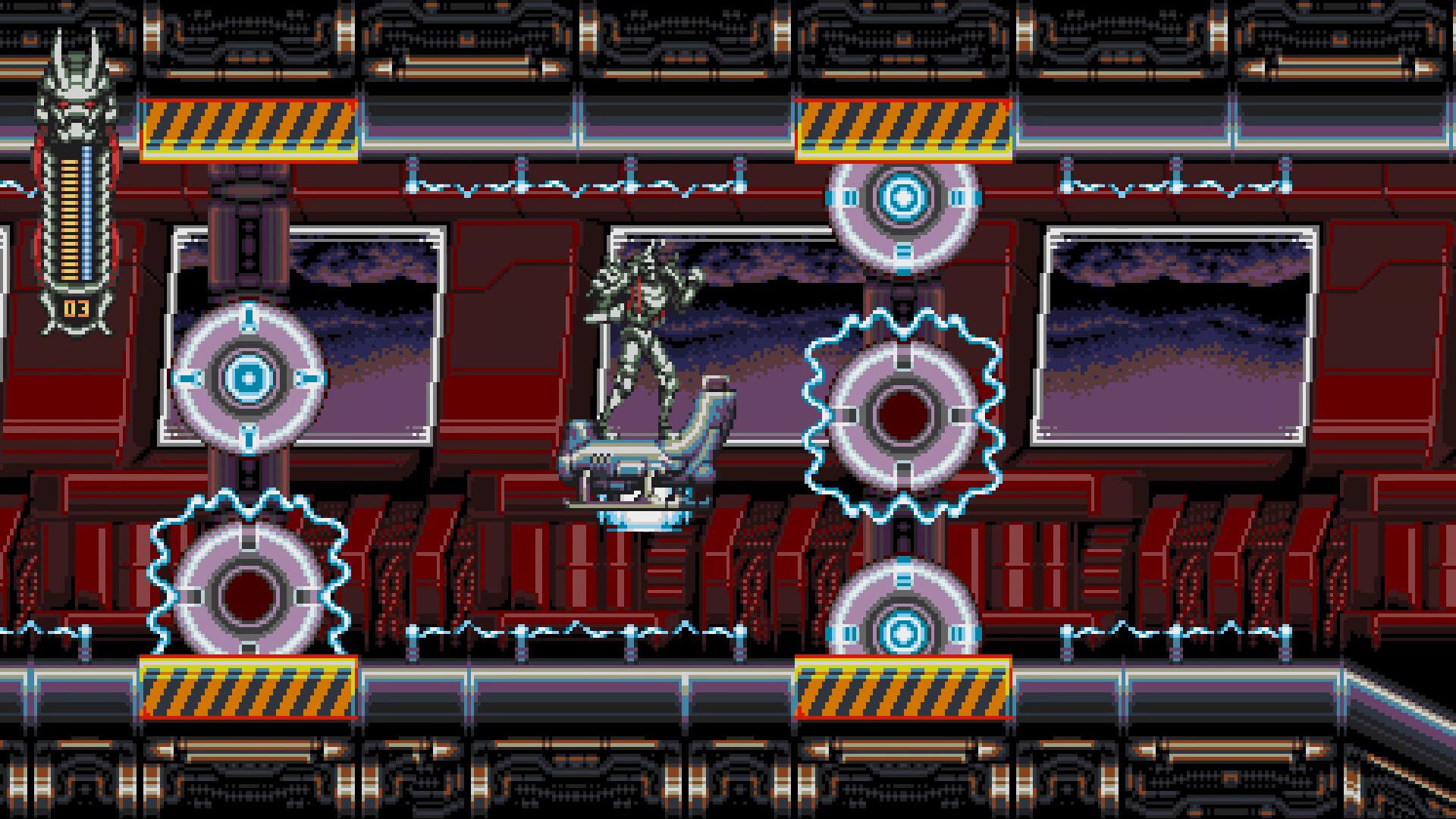 Vengeful Guardian: Moonrider sees you as an unlikely hero in a totalitarian world. The authoritarians of said world built super soldiers to keep the world intact, via war and destruction. Moonrider, one of the weapons, had seen enough when he was brought online, and has decided to rebel, hoping to take down the regime and bring peace to a war torn nation. This is all told to you in an action-packed opening sequence, getting you in the right mindset for things to come.

The demo starts you off with a quick tutorial. Moonrider has your basic jump and sword attacks, but your character doesn't stop there. You can run, either with a double press on the joypad (it also supports the analog stick if you're a psycho), or the right trigger. The run doesn't require energy or stamina, and if you attack while running, your attack is more powerful. You can also jump further with the run. With the jump you have a dive kick, which bounces you off enemies. You also have a wall jump, which is an easy press of the jump button while pressing toward the wall. Finally you have a special weapon, which you will eventually have 7 to choose from. These weapons are attached to an energy bar, so use only when necessary. If you run out of energy, don't worry. There are capsules sprinkled throughout the game to refill both your energy and life bars, ala Megaman.

The enemies start off as run of the mill everyday one hit kills, but that's just to get you warmed up. There are turrets, enemies with weapons who can't be touched unless you dodge their weapon fire first, and even fire ball spewing dudes, who follow you, so that dive kick explained above works out well. There are plenty to keep you busy, and if you think you are going to fly through a level, you'll get a kill screen faster than you can say "fighting robot". Of course, it wouldn't be complete without a big final boss at the end of each level, and they don't look like they mess around at all. The demo seemed to make them accessible, but I feel like the real game won't be so accommodating. 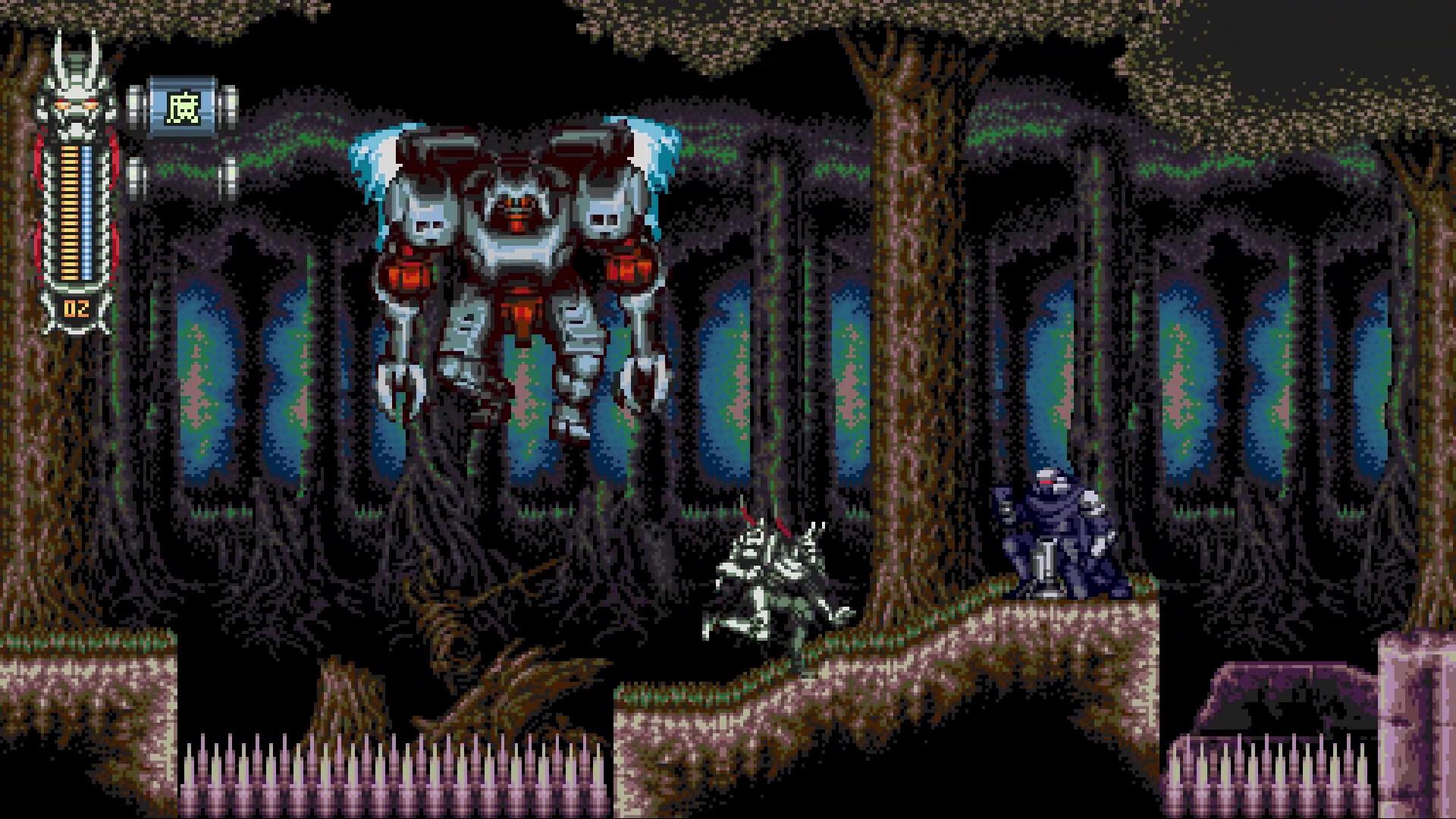 The demo will take about 30 minutes of your time, and you can play through it as much as you like up until the full game release, starting on October 3rd. You will be able to download the demo until the 10th. Past then, you'll have to wait for Vengeful Guardian: Moonrider to release on Steam, PS4/5, and Nintendo Switch. No price point or release date as yet, but as soon as we get something, you'll be the first to know. It's definitely going to be a fun playthrough. And don't let this demo fool you. These levels are shorter versions, as "Andre Silva" (one of the programmers) revealed there be 9 levels with 2 sections each. Get ready to seek vengeance when Vengeful Guardian: Moonrider releases Fall 2022.