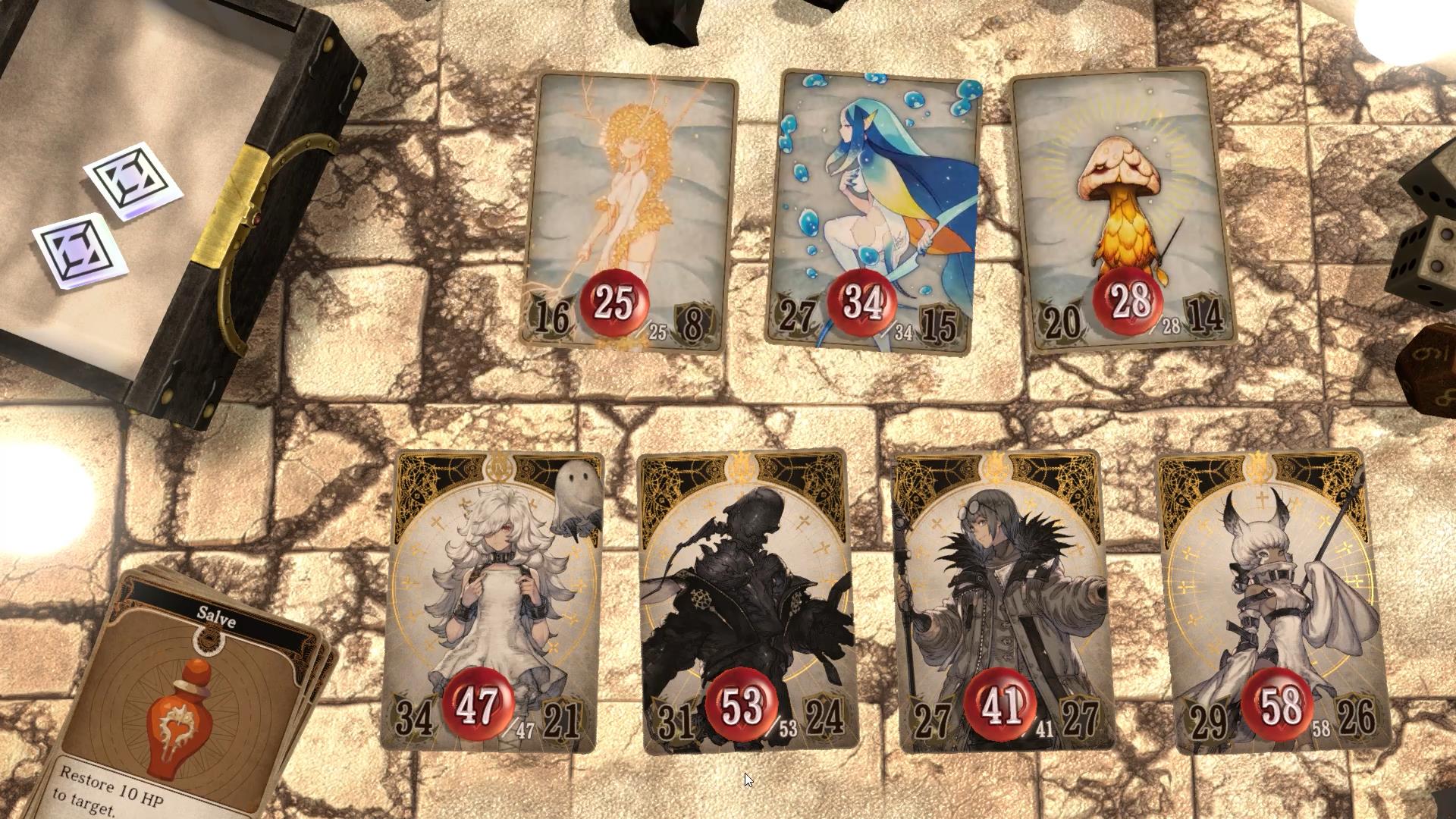 Voice of Cards: The Beasts of Burden

I missed out on the first Voice of Cards game. The Isle Dragon Roars slid past me, floating along a video game river chock full of other offerings without me noticing the change in current. But the second game, The Forsaken Maiden, arrived just a few months later, and this time I was waiting for it. I played and really enjoyed The Forsaken Maiden, both for its interesting story and its very unique tabletop-game card mechanics. I was pretty excited when it came time to play Voice of Cards: The Beasts of Burden, again released just a few months after the previous title in the series.

For whatever reason, prior to my experiences with The Forsaken Maiden, I was under the impression that these Voice of Cards games were deck-building games of some sort. I thought that I would be winning new cards to use in Hearthstone-style battles, progressing a story the way a narrative is delivered in something like Slay the Spire. I was completely wrong. 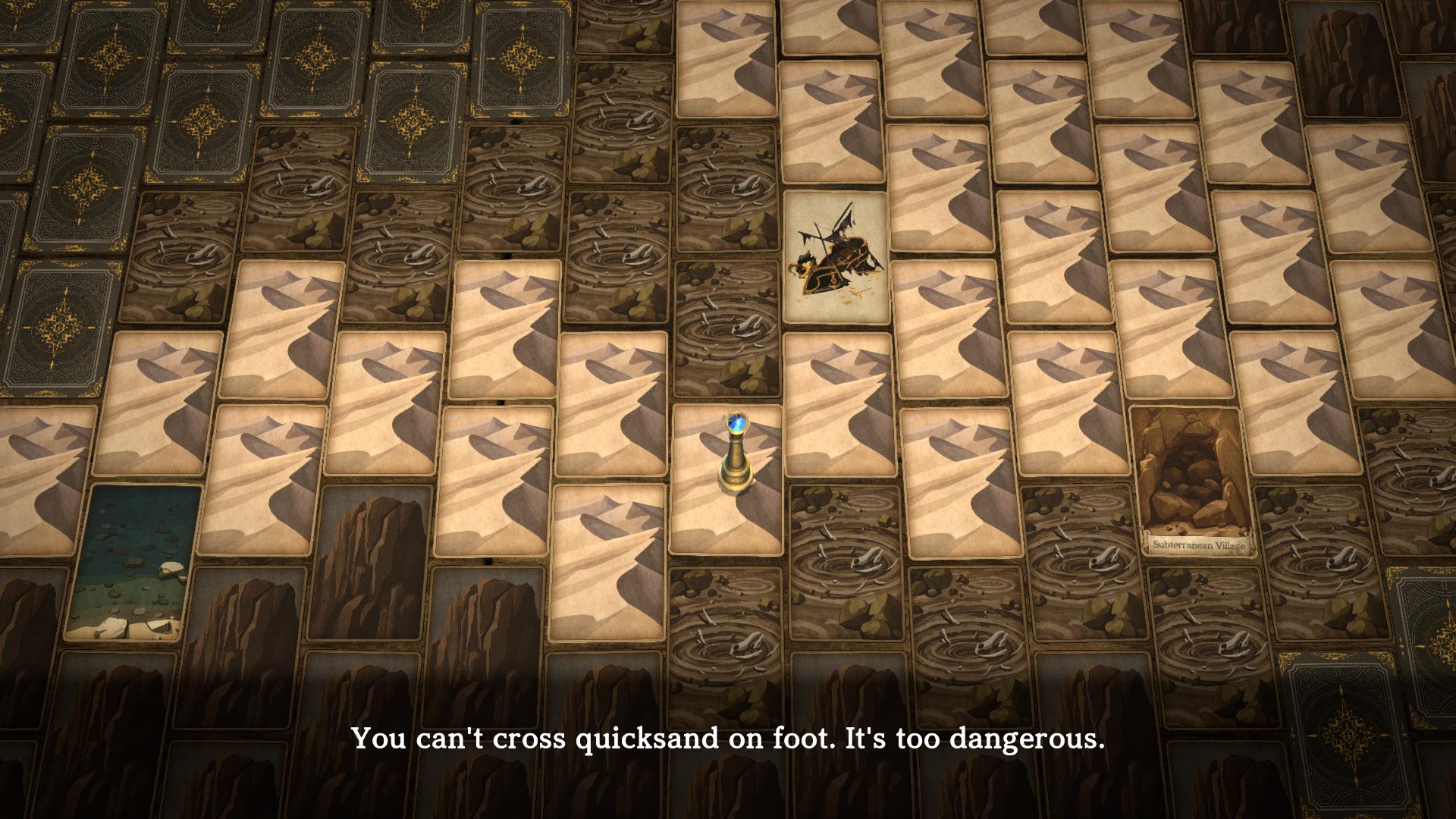 Voice of Cards games feel much more like a table-top RPG campaign. An unseen narrator unfolds the story for the player, doing all the voices and keeping the game moving. Everything else is handled through cards. The overall effect is similar to the feeling one gets while playing a particularly well-managed D&D campaign, or a complex board game that is being run by an expert. All of the dice rolls and complexities are handled for you, and you just tell the game what you want to do. The result is a fascinating hybrid between video game and traditional RPGs. 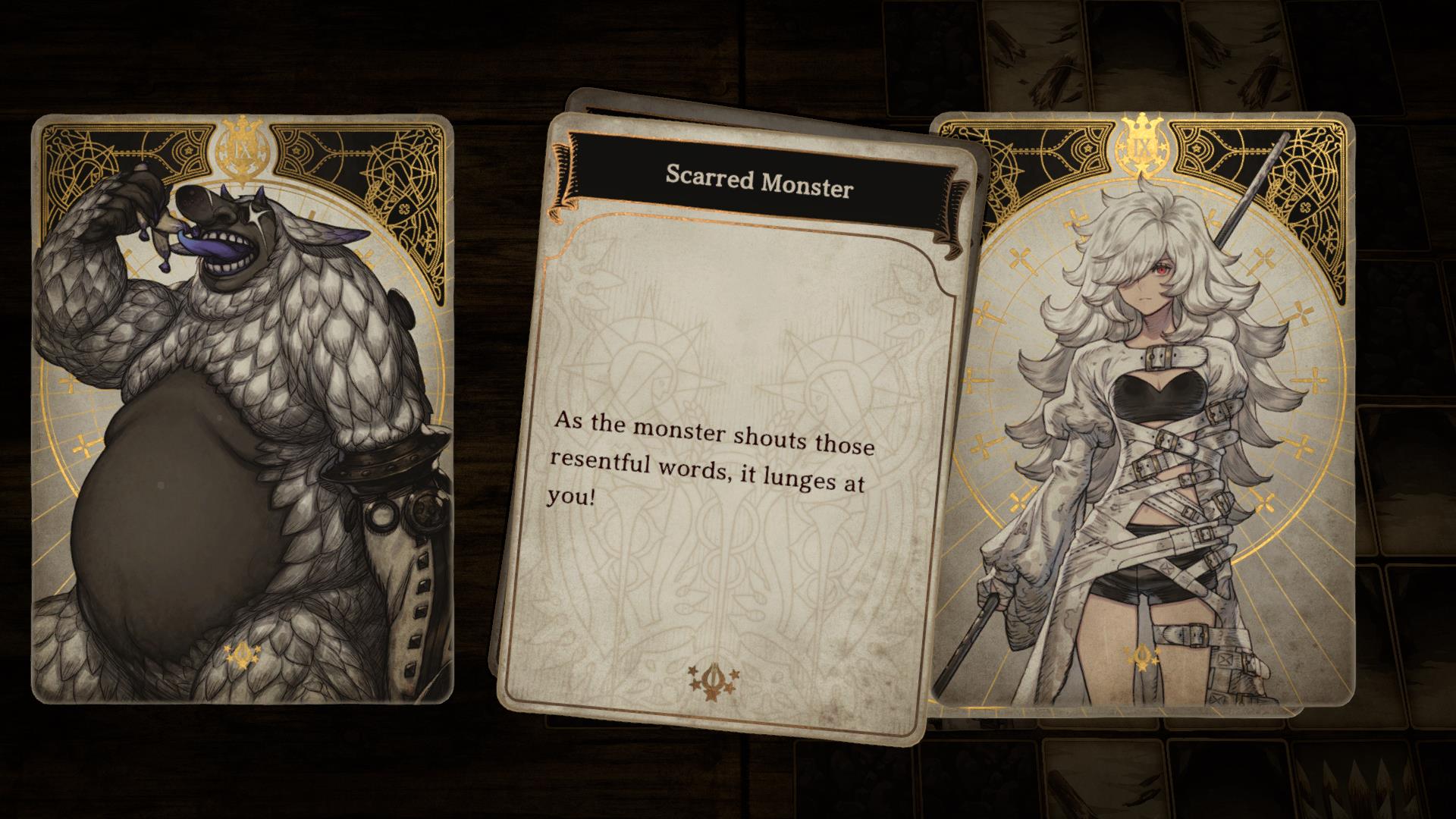 Battle plays out in a way that will feel familiar to both video game and tabletop veterans. The player has several cards in their hand that represent typical actions – attack, defend, stuff like that. Expendable item cards like healing potions are off the side, but easily accessible. Each character in the game has an attack number, a defend number, and health number. So, let’s say your attack is a twelve, and you are attacking a monster with a defend of four. You’ll do eight damage. The basics are undeniably simple and accessible.

Beyond that, the player gains extra cards as the game goes on that offer special moves. Think of these as spells. Instead of mana, the player accumulates a little pile of crystals during each battle, being granted one every time they take an action. Special move cards cost crystals to use, so you have to manage them a bit to be sure that you have enough on hand to launch your big room-clearing spells when you need them. 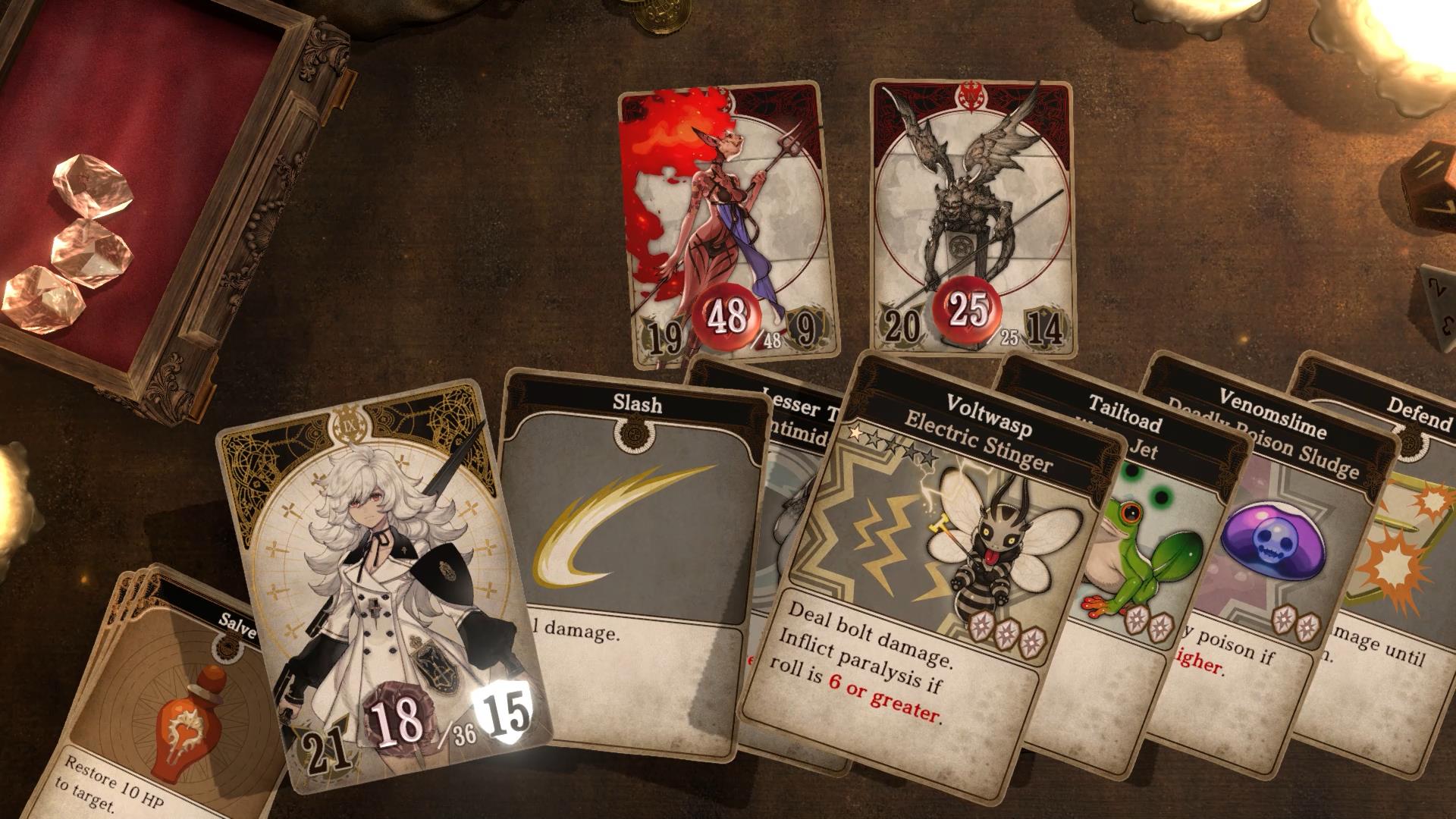 And that’s it. Those are the basic mechanics in all three of these games – though they do all find ways to be unique. The consistent structure between titles allows Square Enix to crank these things out – a lot of the work is done already. Square Enix just needs to plug in the characters and scenarios, allowing them to use this system to deliver very polished and complete-feeling games in a short amount of time. And players don’t need to worry about which game they play first, because they are all stand-alone in terms of story and content.

The Voice of Cards system is pretty brilliant, actually, because fans of old-school JRPG are not necessarily showing up for a graphical showcase. Many of us are just as happy playing SNES-style 16-bit games as we are playing the newest and hottest. The Voice of Cards games don’t look bad, per se, but they do all look the same. But rather than the result being boring, I find it warm, welcoming, and familiar. The word “cozy” has been thrown around a lot in video game PR circles lately, and it’s usually a stupid word to describe a video game, but in this case, it’s kind of apt. These games feel comforting, almost to the point of sleepiness. I think of them as perfect “Sunday afternoon” titles – things you can engage with and enjoy in a non-stressful way that while away the hours and keep you sufficiently entertained. 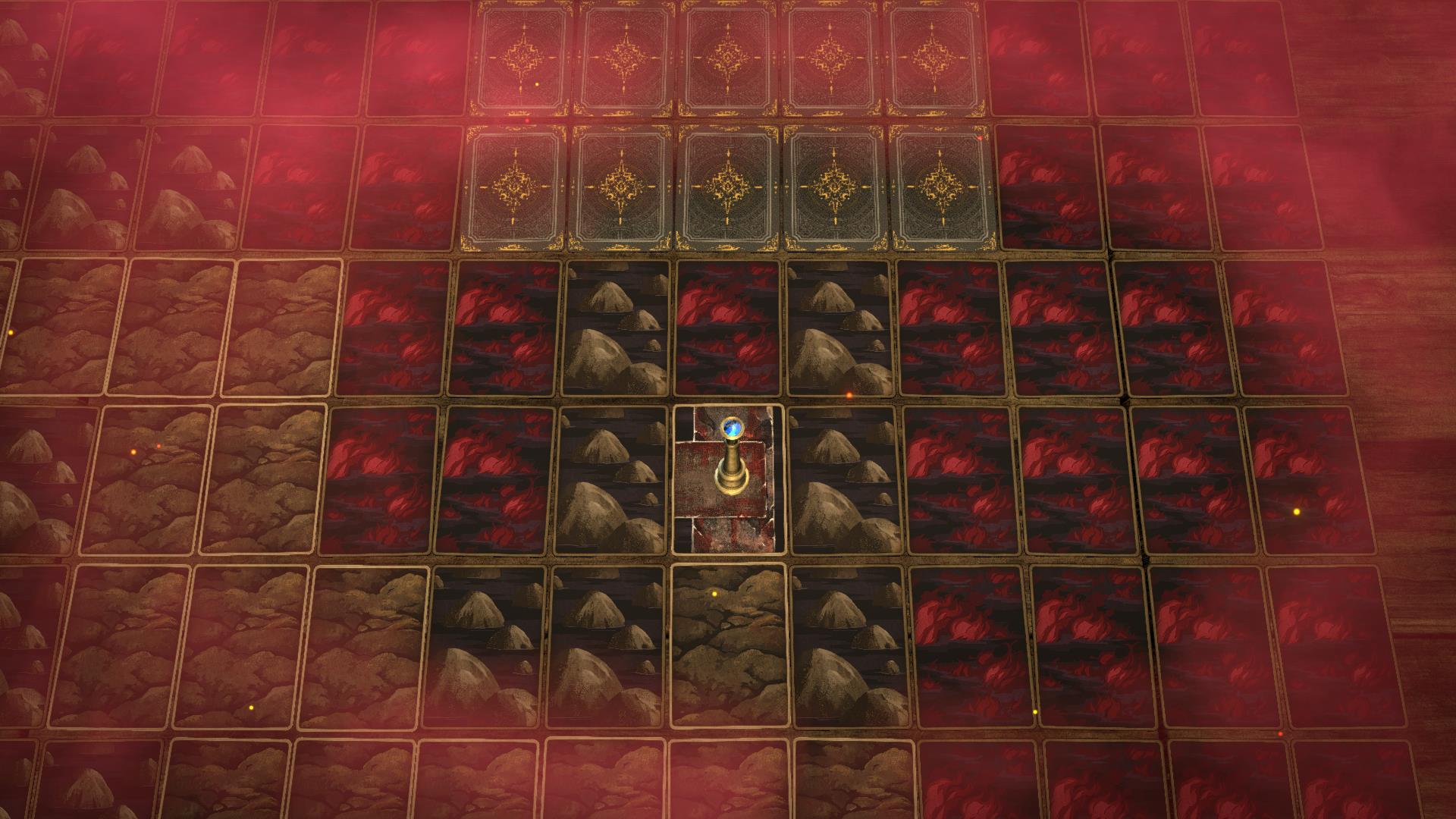 I’m clearly a fan of Voice of Cards, and I feel like The Beasts of Burden might be the best of the bunch so far. With a tight story that doesn’t hesitate to take big swings, and some new card mechanics that impress, The Beasts of Burden feels like the culmination of a series that is hitting its stride.

As told by an excellent new female narrator, the story follows a young woman that has grown up in an underground society, living her life beneath the earth and never once seeing the sun. When a seemingly random monster attacks wipes out her city, she is rescued and shuttled to the surface by a mysterious young man. Before long, she is involved in a story of revenge, as she learns that as an underground dweller, she has the rare power to control monsters. 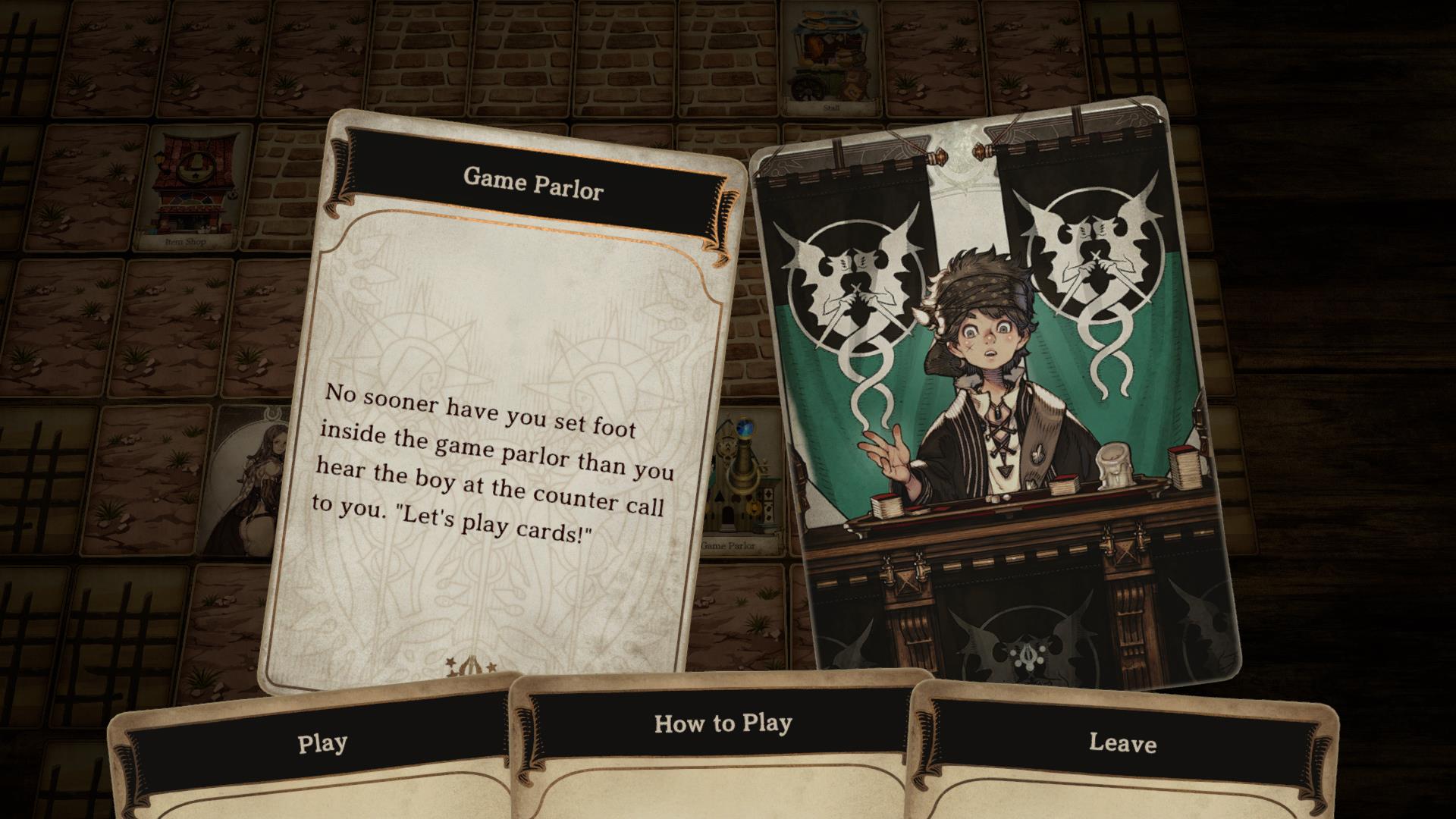 These monsters show up in the form of special cards the player can use in battle – each with its own focus. There are buff monsters, attack monsters, healing monsters, etc. In reality, these are really just spell cards, but the idea that you are obtaining monsters and using them against your enemies adds a lot of flavor to the proceedings.

Voice of Cards games aren’t long – I think I put eight or nine hours into this newest one – but they are rewarding in an old-school RPG way. If you are a fan of older Final Fantasy-style games, you could do a lot worse than checking these out. They feel familiar in a way that more direct adaptations of classic RPG mechanics sometimes miss, and though the story can sometimes be brutal, the game itself feels somehow gentle. If you have been curious about the Voice of Cards series, this is a perfect place to jump in. Don’t be surprised if you end up going back and picking up the other two games in the franchise. They are a low investment/high reward proposition and are well worth a look.

Voice of Cards: The Beasts of Burden hits with just enough originality to distinguish itself from the other games in the Voice of Cards series. This game is all about story and mechanics over presentation, though what is there will feel familiar and welcoming to long-time JRPG fans. With a great narrative, The Beasts of Burden is a great place to jump into this series and learn it’s not-too-complicated ropes.