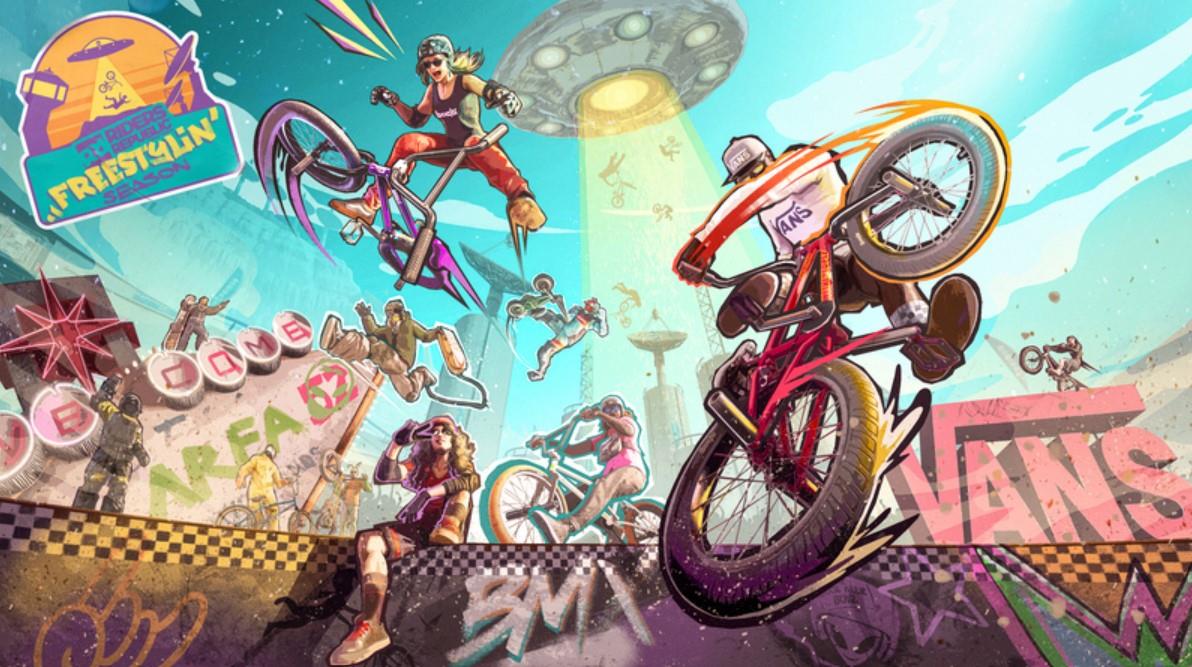 I had a blast with Riders Republic when it launched last November. I put countless hours into the various careers offered during the course of writing my 8.8/10 review. In my review, I said that Riders Republic is "a ton of colorful fun, with go-anywhere do-anything extreme sports gameplay that is instantly accessible and appealing, all wrapped up in a tortilla of weird goofiness. Engage with the stuff you like, ignore the stuff you don't, and get penalized for absolutely nothing."

I'm definitely a guy that enjoys button-mashing my way through the tricks activities in Riders Republic. Though I enjoyed the flying activities to an extent, I really zeroed in on the stuff down on the ground, enjoying the whip-fast racing and the deep bag of tricks. The skiing and biking in particular caught my interest, and I spent long gaming sessions engaged with trying to beat my own scores. 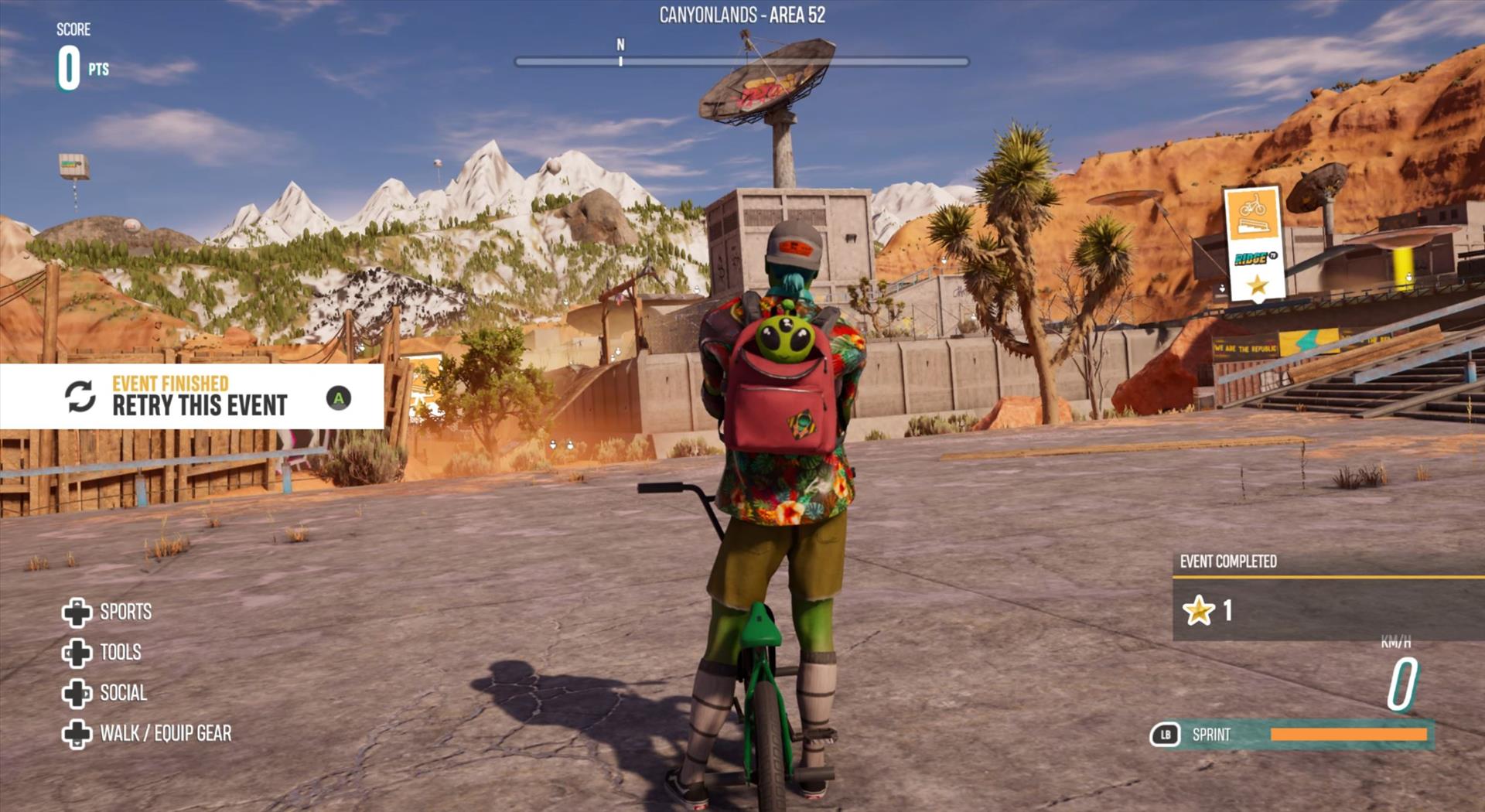 I still have a strong interest in Riders Republic. I never fell off the the game; there was so much to do in Riders Republic that I kinda thought I was going to play the game more than I ended up doing. But, as is the fate of the game writer during the busy holiday season, I was quickly pulled off of Ubisoft's extreme sports confetti party in order to review the next (and the next, and the next) game. There are a lot of games that I intend to go back to, and Riders Republic was near the top of the list.

So, I was pretty excited when I got a change to take an early look at the Riders Republic's new Season 4, titled "Freestylin'" (and yes, that apostrophe is part of the deal here). Freestylin' is all about BMX bikes, which immediately got my Tony Hawk sensor buzzing. Sure, BMX bikes are not skateboards, but a lot of core dynamics are shared between the two. There are ramps and rails, tricks and manuals, death-defying leaps and face-shattering wipe-outs. In fact, I daresay that Tony Hawk Pro Skater fans will feel right at home in Riders Republic Freestylin', once they get used to the different controls. 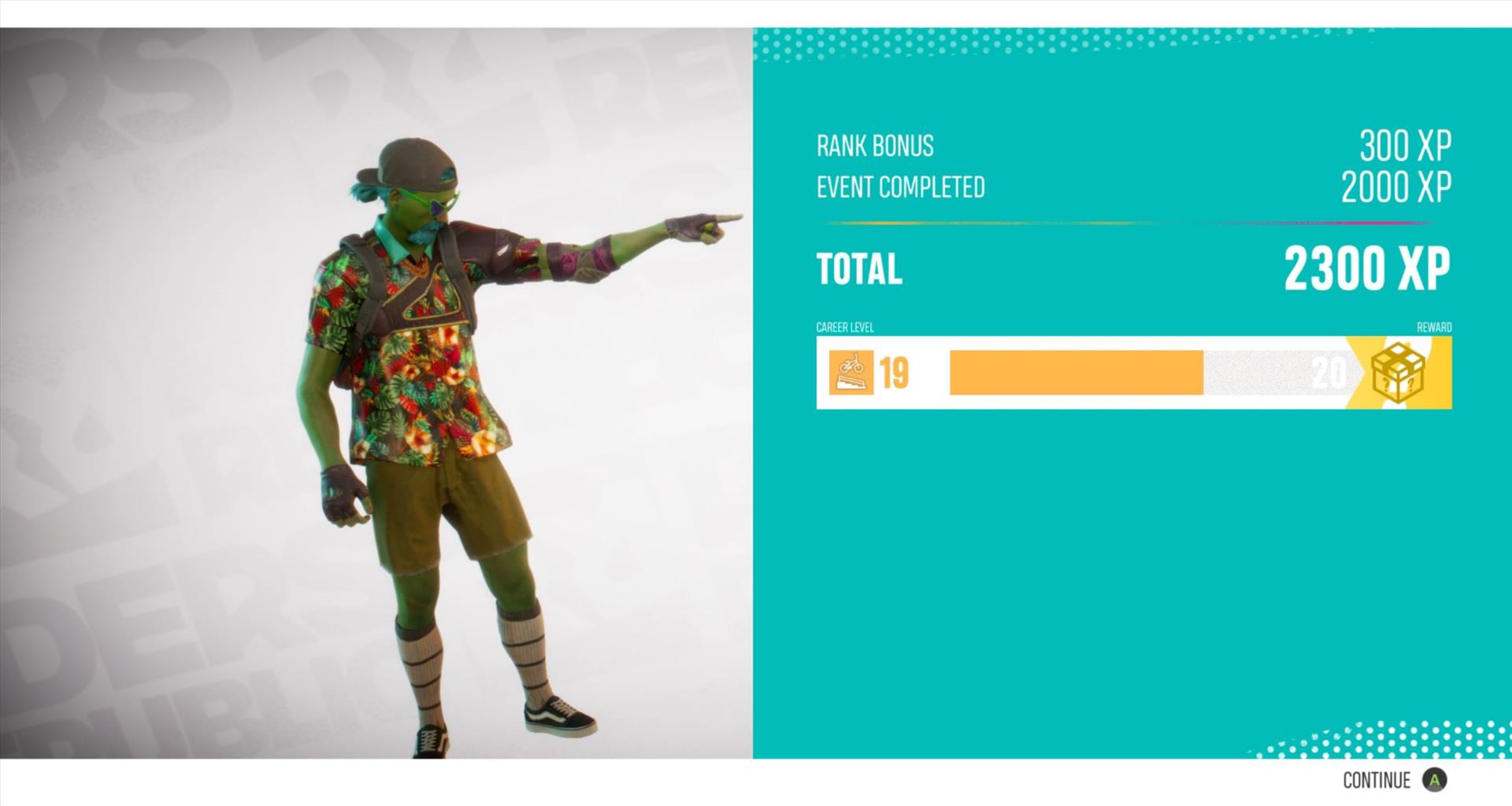 It took me a bit of time to get reaccustomed to Riders Republic. Luckily, eating dirt in this game is all part of the fun, and I found myself laughing at my own inadequacies instead of getting frustrated. Riders Republic is just so darn cheerful that it's tough to get mad. Take a look at my first session with the new season, as I reacquaint myself with the controls and mechanics of the game while running through a few of the BMX activities.

If you are saying "Hey, that looks a lot like the rest of Riders Republic", well, you aren't wrong. This new career slots in very nicely with the existing stuff in the game. But look a little closer and you will find some key new mechanics that make this season worth taking a look at, even if you thought you had moved on from Riders Republic.

The first thing you might notice is the new grind mechanic. Yes, there was grinding in the core game, but this feels different. The BMX mechanics allow for some really slow grinds, including those classic moments where you grind up stair rails until you slow to a halt, pop in the air, and then grind back down. After I recorded these videos, I played around a little more outside of events, and found that I could transfer between rails pretty easily. I also managed to link a manual to the end of a long grind a few times, adding to my trick score and stretching my tricks into longer chains.

In the video below, I was just learning how to use the manual. It's a little tricky, and takes something akin to real balance. You push your left stick forward or pull back on it, but not all the way. You need to kind of hover in the mid-area between the resting position and the point where it clicks against the plastic of the controller. Combined with the image on the screen of your bike wavering in a wheelie, you really start to get the feel for how to maintain the manual, though it does take a fair amount of practice. Check out my first attempts, and a few more events:

There are around 15 new events to play through on the BMX career path. These events feel very crafted, unique from one anther in their content and form. A lot of creativity clearly went into creating this new career; some of this stuff has to be seen to be believed, to be honest. In addition to the events, there is a brand-new zone created specifically for BMX fun. Area 52 (there is an alien theme to this entire experience) is nestled in the Canyonlands on the Southern part of the Riders Republic map, and beyond hosting the majority of the events in it's UFO-laden parks, the area provides a lot of entertainment from just free-riding around and exploring. There are also new BMX events in Mammoth City and Yosemite Valley.

There are hours of good, crunchy entertainment in Freestylin'. The events are creative and fun, and there are also new sponsors to engage with (including Vans), and new weekly challenges. A new BMX FFA Playlist will allow all players to engage with four events from the BMX career, even if they don't have it unlocked. But really, if you are still playing Riders Republic regularly, this is a no-brainer. Pony up the cash and grab the BMX stuff - you won't regret it. And if you are a wayward fan, you might just find your love for the game reinvigorated when you hop on a BMX bike. I know I did.