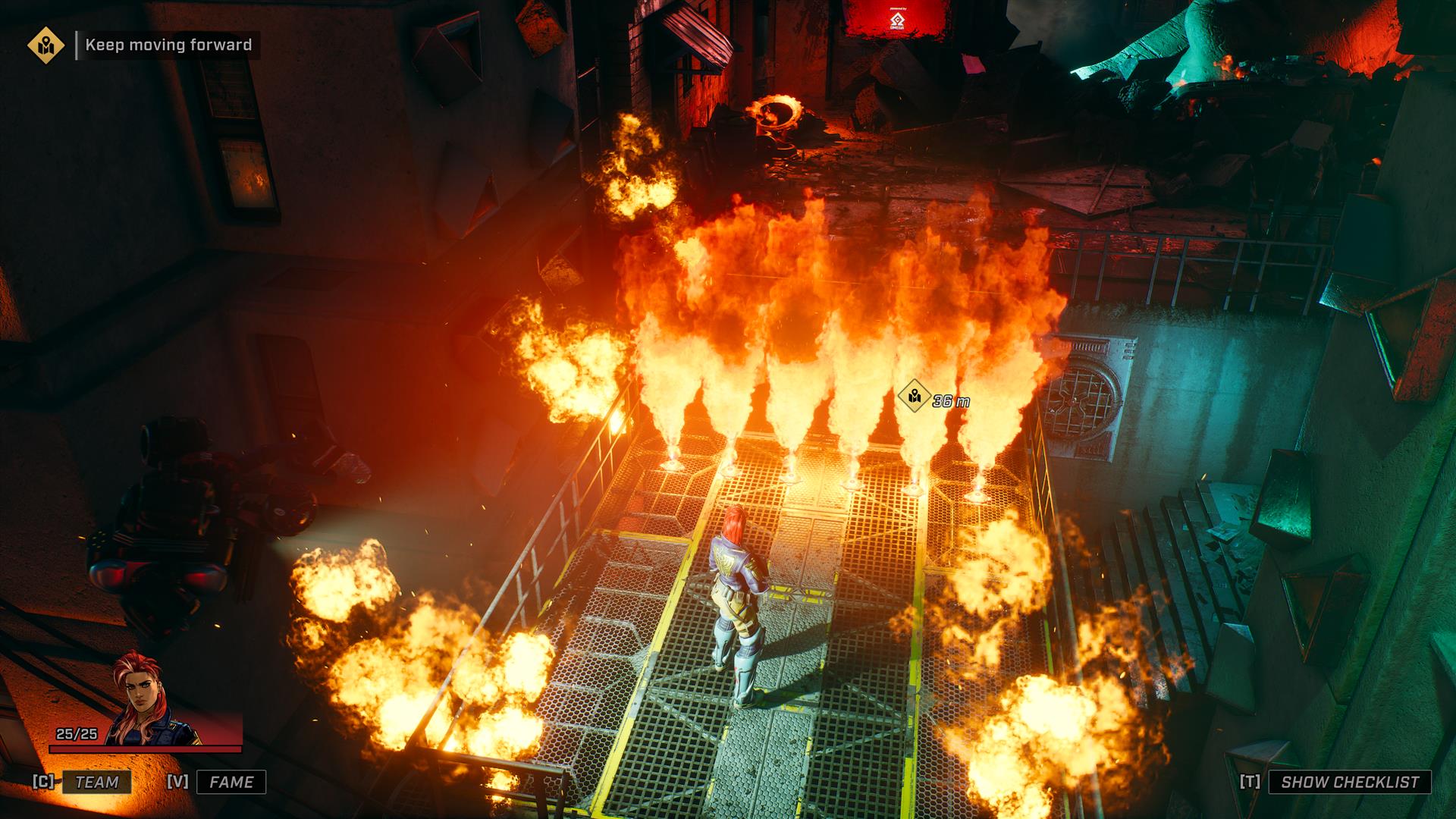 I have to admit, I was cringing a little bit when I sat down to try out Homicidal All-Stars. Not for any real reason that had to do with the game itself; it was the game's title that put me ever-so-slightly on edge. I've just kinda had enough of homicide as a concept lately, and a game that celebrated murder in such a flagrant way seemed like it might not be my cup of tea. But two minutes into Homicidal All-Stars, I settled right down - this is not a game that is encouraging people to go mow down strangers in the street. We aren't in "Postal" territory here.

Rather, Homicidal All-Stars is a wonderful love letter to the satirical action movies of the 1980s. Just in the first level of Homicidal All-Stars, I caught whiffs of 80's classics like The Running Man, Escape from New York, and Robocop. The gonzo action spectaculars of the 80s are well represented here, as is the biting social commentary that those films delivered between the over-the-top thrills. You can practically hear Richard Dawson raving about Whitman, Price, and Haddad in the background. It's funny, because after playing, I read a recent PR release for Homicidal All-Stars, and these are the exact films the game's creators mention as inspiration. These folks freakin' nailed it. I might have been a little hesitant, but after giving the game a chance, I sure as hell am feeling the vibes now. 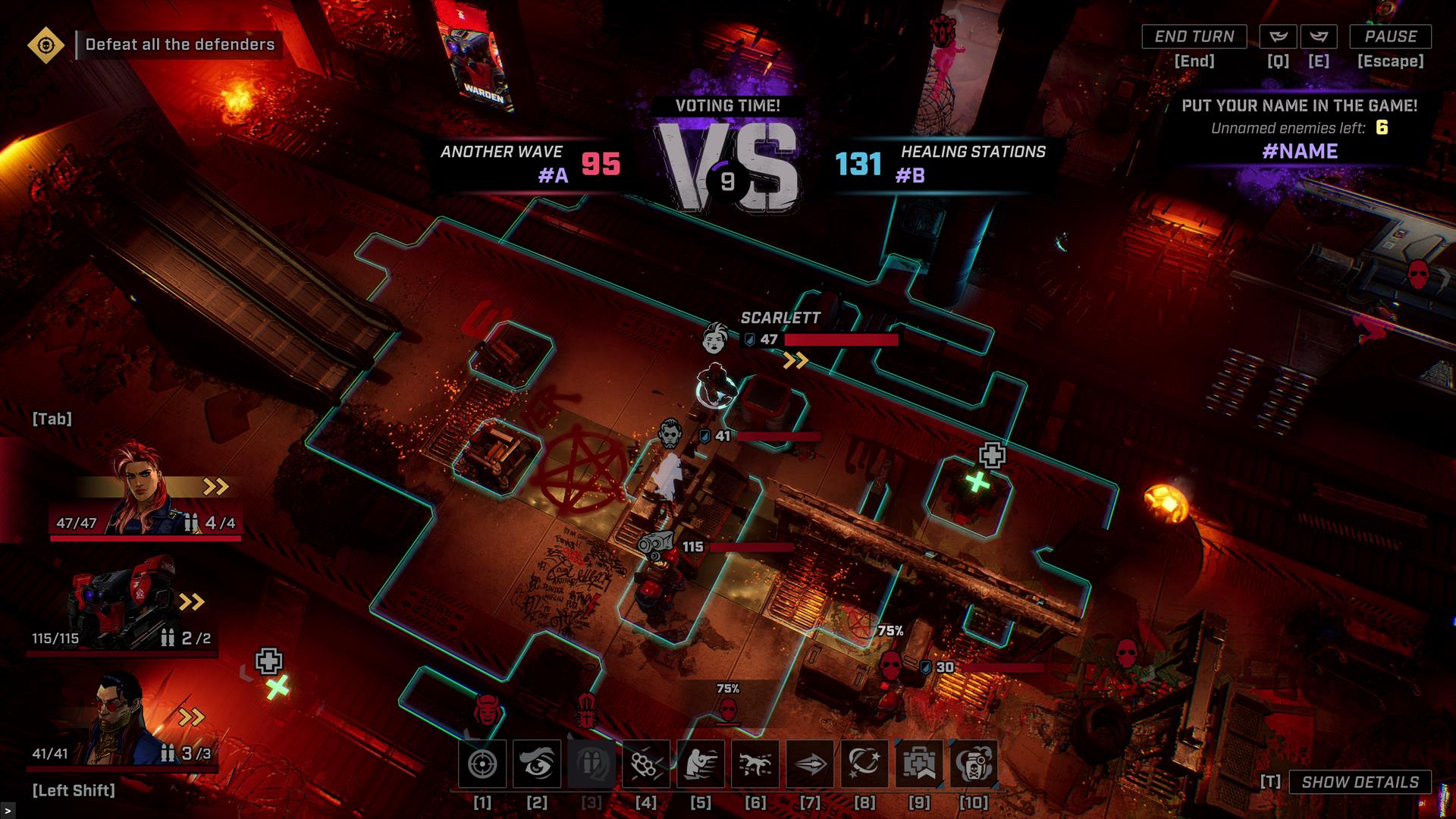 Homicidal All-Stars is the title of a futuristic game show in which volunteer contestants try to make their way through a bombed-out cityscape on live TV. The whole place is wired for picture and sound, with video-bots hovering around the contestants at all times. A play-by-play commentator howls into the mic with every shot you take, celebrating whether you shoot or get shot. Traps lay around every corner, and worse still, the city is inhabited by bad-guys for hire - prisoners that have had their sentences commuted in exchange for being chum on a television contest. At any time, these "scum" can pop out of the woodwork and ambush your contestants, attacking in huge numbers in an attempt to put on the best show possible.

In this video, I run through Homicidal All-Stars' tutorial level. A good way to get a feel for the flow of the game.

Players have to make their way through the complicated levels (of course, referred to as "episodes"), avoiding traps, surviving ambushes, and overcoming some seriously difficult opponents. At any time, the show's director could pop in on the action, delivering "twists" that will feel amazingly familiar to anyone that watches reality TV. In fact, the entire TV show conceit is handled very well, feeling for all the world like current programming cranked up to 11. Back in the 80s, these sorts of concepts were satirical fantasies; these days, they hew much closer to the bone. 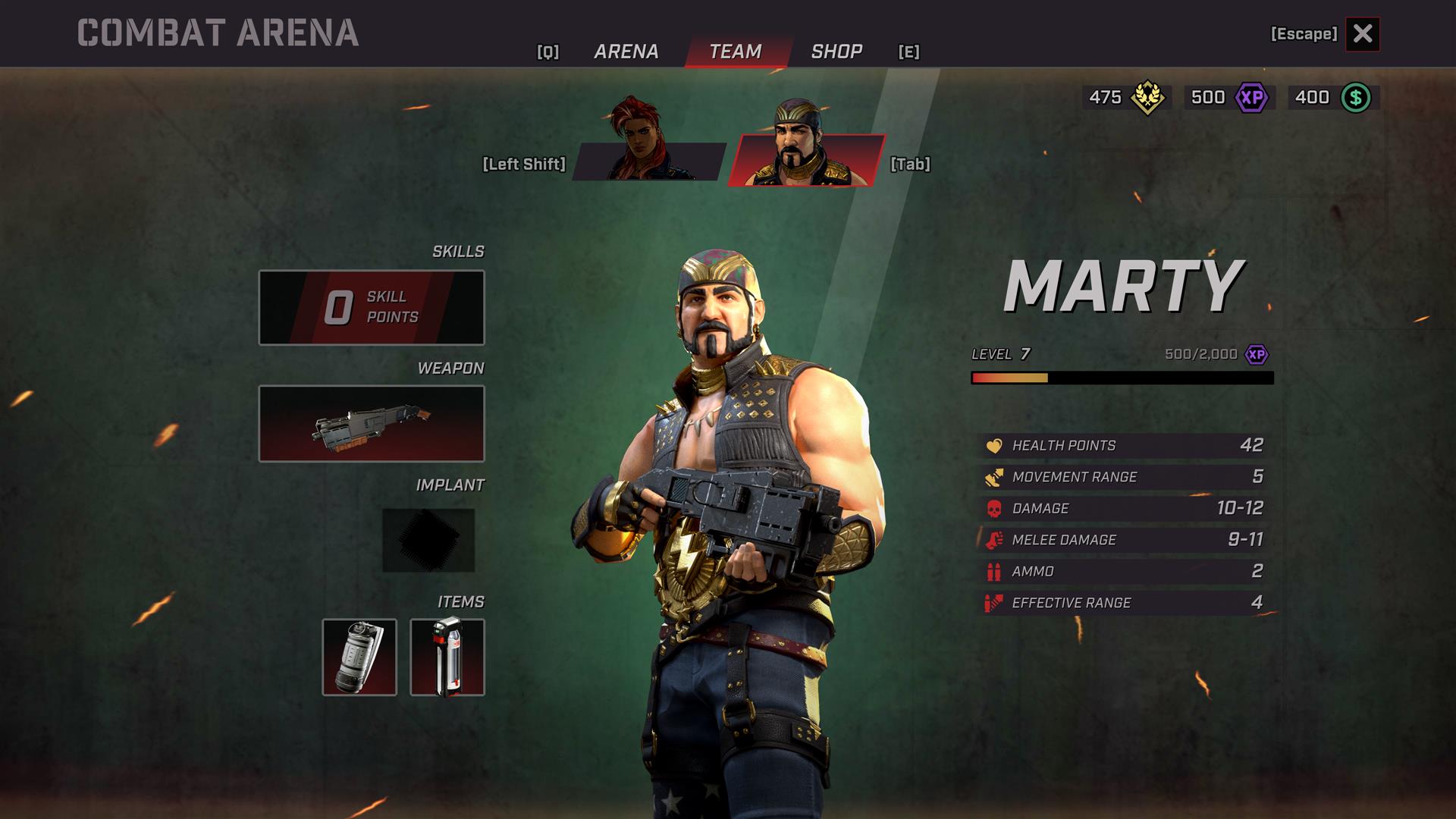 Whenever combat pops off, the game shifts from an exploration-based creeper to an X-Com-style turn-based strategy game. Anyone familiar with this sort of gameplay will feel right at home here. Each player has three action points to burn. One point will move you within a range that will still allow for an attack, two points will push you beyond attack range. Overwatch is insanely useful in Homicidal All-Stars, as the scum you are facing seem to be twitchy as hell, and they can't stand to stay still for more than a turn at a time. In addition to the basics, each character has their own special moves that all for some cool moments. Hero Scarlett is able to move beyond the normal range and still attack. Not too far into the game, you get another character that can throw holographic disguises on himself and the bad guys, essentially switching appearance so he can walk freely among them while the poor fool he switched with gets slaughtered by their buddies.

The first half of the first "episode".

The strategy elements are constantly changing as the game progresses, as the producers of Homicidal All-Stars need to keep things interesting for the audience. This means that as a player, you need to constantly be expecting the unexpected. New enemy types are constantly introduced, and every battle seems to have it's own twist to keep you on your toes. 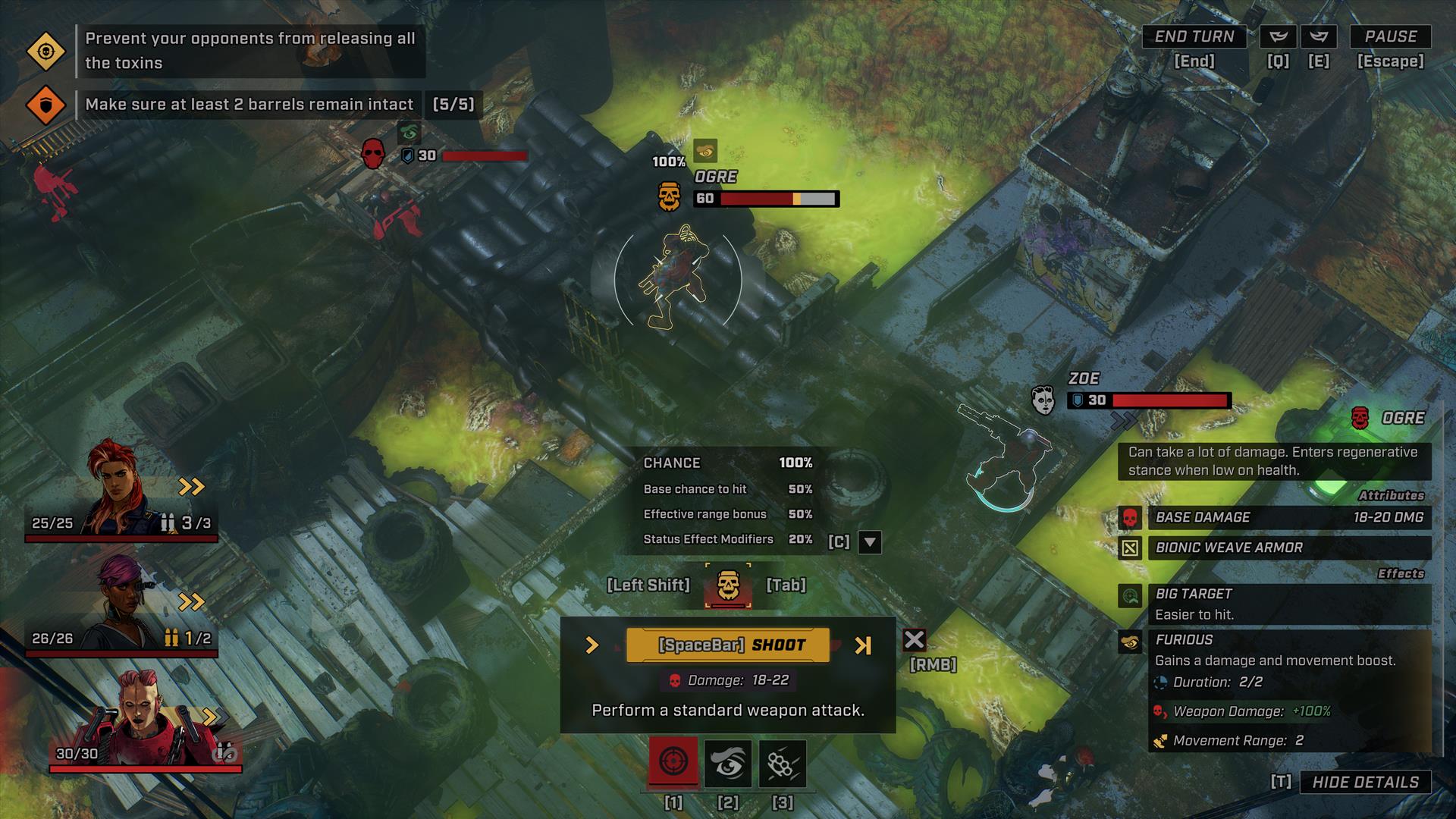 In between episodes, players get the chance to lounge around a creepy hotel area that the show's producers have created for contestants. This gives the player a chance to get to know some of the other contestants (until they disappear, that is), as well as slowing things down a little bit to deliver story segments that tie everything together. The question of who Scarlett is and why she is on this show are quickly answered, but have no fear, if there is one thing this game excels at, it's delivering the unexpected - both in and out of the arena. In an attempt to avoid spoilers, I'll just say this: Don't get too attached to anyone in this game.

I've been having a blast with Homicidal All-Stars. I only intended to play a few levels for this preview, but I keep circling back to the game and diving in for more. The concept is exactly the sort of nostalgia catnip that feels tailor made for movie junkies like me, and the action is fun as hell. I am excited to get my hands on the final version of Homicidal All-Stars, both to see where the story goes and to bathe in more of the delicious over-the-top action.

We don't have a solid release date for Homicidal All-Stars yet, so keep an eye on Gaming Nexus for that news when it is announced. That said, we do know that the game will be released on Steam and GoG, and will retail for $29.99, which is an awesome deal for a game of this caliber. Thirty bucks to blast some scum in a flaming arena? Count me in.