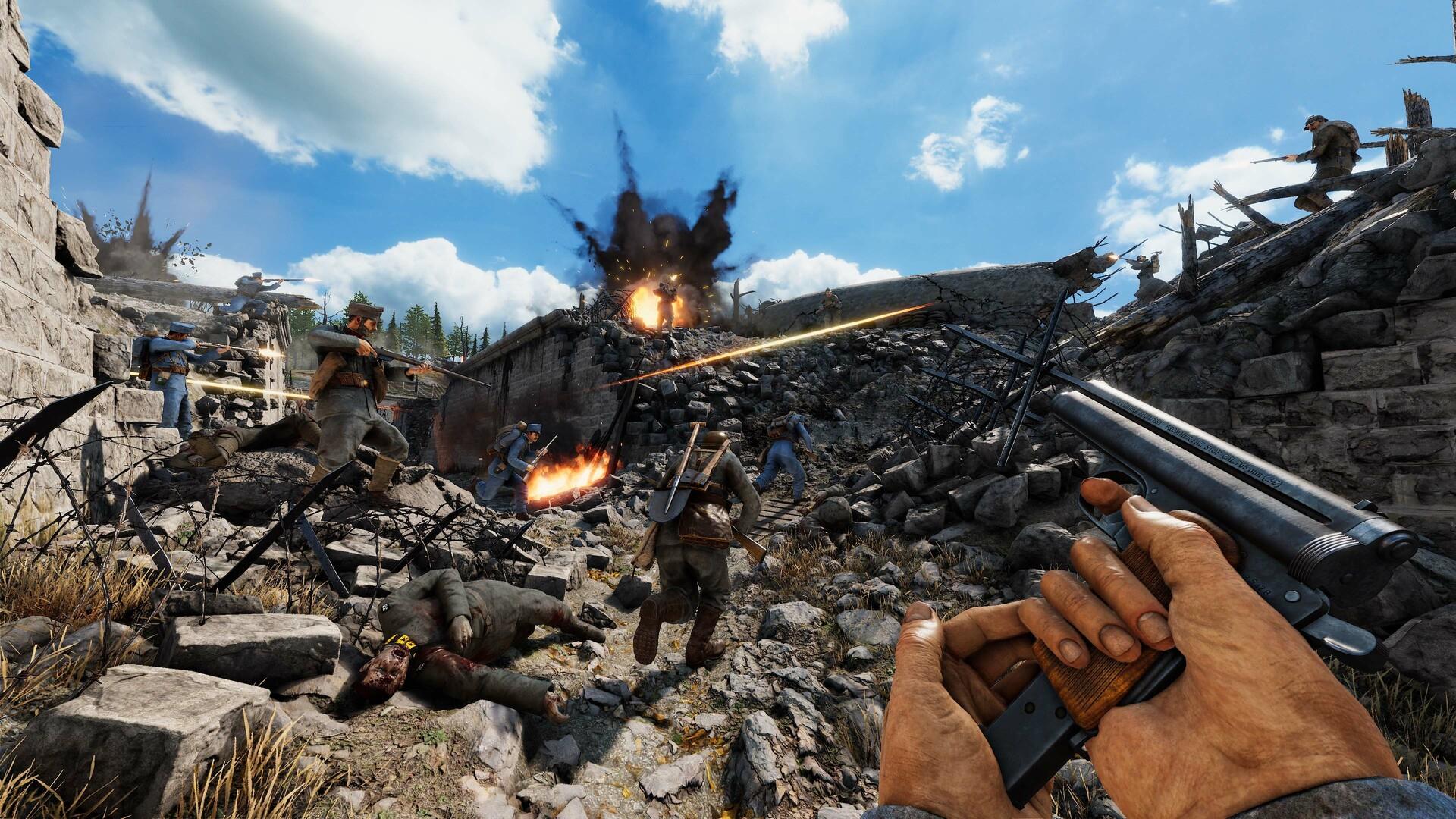 With the video game market oversaturated with modern day first person shooters, it’s refreshing to see a developer dedicate their games to represent historically accurate encounters from World War I. Developer Blackmill Games, the studio behind Tannenberg and Verdun, is now releasing the third game in their WW1 Game Series with Isonzo. The Battles of Isonzo were a series of battles between the Italian and Austro-Hungarian armies alongside the Isonzo River on the eastern side of the Italian Front between 1915 and 1917. Blackmill’s Isonzo aims to capture that historical event through player-versus-player squad based first person shooting. While it’s admirable for Isonzo to attempt to offer a more authentic simulation compared to other genre rivals, it fails to create an experience that’s fun, beginner friendly, or sustainable in the long run.

Isonzo follows in the same light as its previous two predecessors as it is a multiplayer-only game, so don’t expect to find a single player campaign. This continues to be a huge disappointment because when I think of historically accurate portrayals of World War I, which is the theme that the developers seem to reiterate the most, I think of narrative-driven single-player experiences. You could perfectly encapsulate beautiful Italian landscapes, engage in treacherous mountain warfare, and survive poisonous gas attacks without having to be a multiplayer-only experience. Even genre giants such as Call of Duty, which are mostly known for their online player versus player modes, contain an offline solo campaign. The sustainability of an online competitive game only goes as far as the player count goes, and I just don’t see that happening for Isonzo, considering how niche the target audience is. 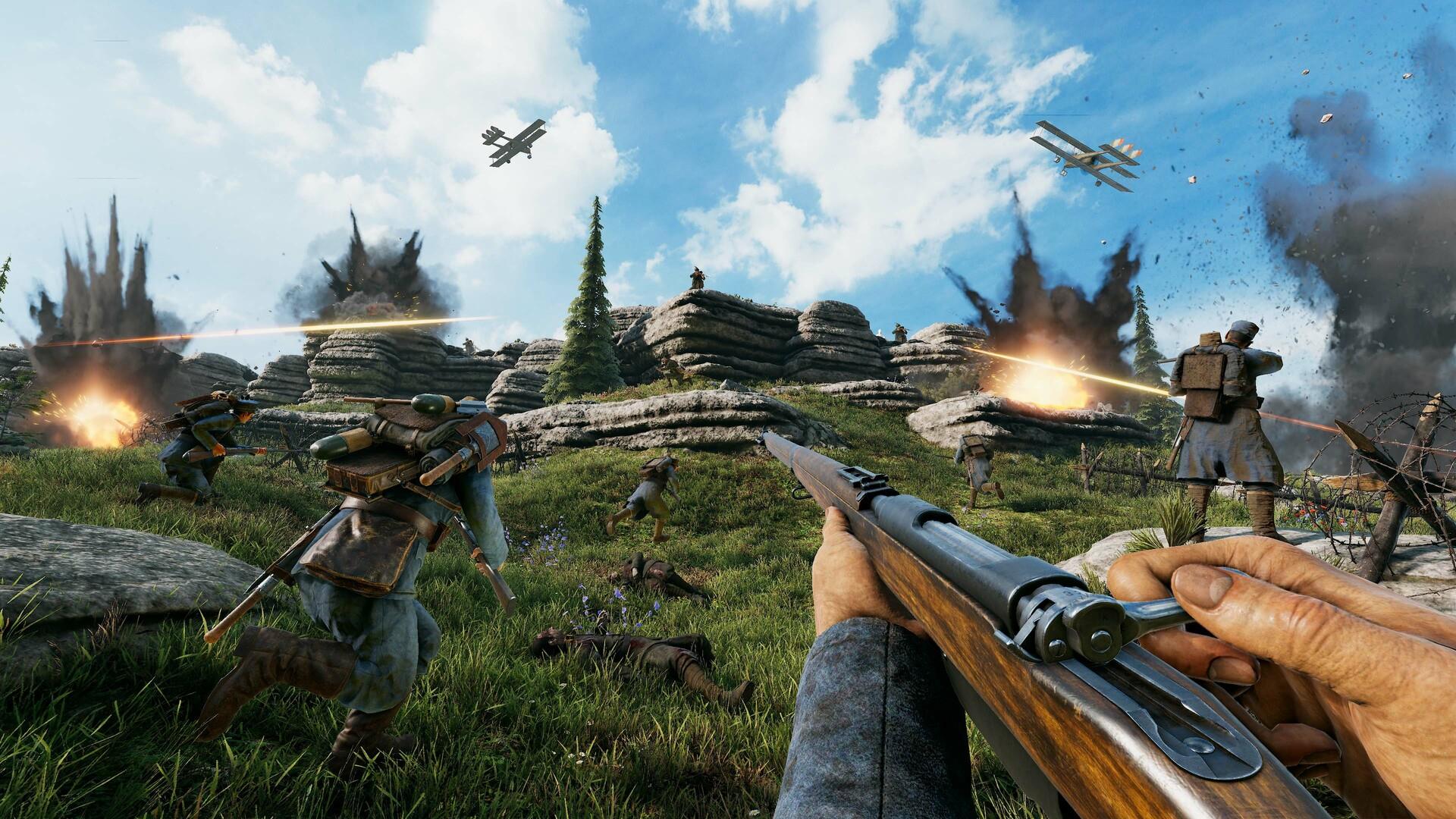 The game does an extremely poor job at introducing you to its systems. There’s no tutorial of any sorts and you are thrown right away into the main menu. It was confusing just to figure out how to start a match or pick a class. It doesn’t help that the entire user interface is atrocious and way too small. Playing this on a 65-inch screen, I had to sit right in front of the television just to see certain texts and buttons clearly. I didn’t even realize I had a stamina meter until I saw a tiny white bar go down at the bottom of the screen when I sprinted. Having no accessibility options to increase text sizes or other interface elements is simply unacceptable in today’s standards, especially when it’s such a simple thing to do. Navigating the different menus is equally as difficult, with lack of descriptions and weird button mappings. It felt like an accomplishment just to figure out how to spawn onto the map. This game was clearly made with series veterans in mind and not new players.

Let’s talk a little bit about the actual game itself. Games usually put up a description of how many total players can be in one match. From playing the actual game to rewatching trailers and reading the official description diligently, I could not find this information anywhere. I had to navigate through the treacherously difficult interface and go into advanced custom game settings to see that the max player count is 40. Even trying to figure out the different modes that Isonzo offers was a pain. There are three different submodes: mountain war, strafexpedition, and 6th battle of the Isonzo, under a main mode called “offensive”. This mode is only described as taking control of enemy checkpoints while defending your own. As you can probably expect by now, there’s no explanation as to what the differences between these submodes are. You would think that there would be a “defensive” mode too, but nope! It really boggles my mind as to why so many simple things are made so difficult. Perhaps this truly is the authentic World War I experience. 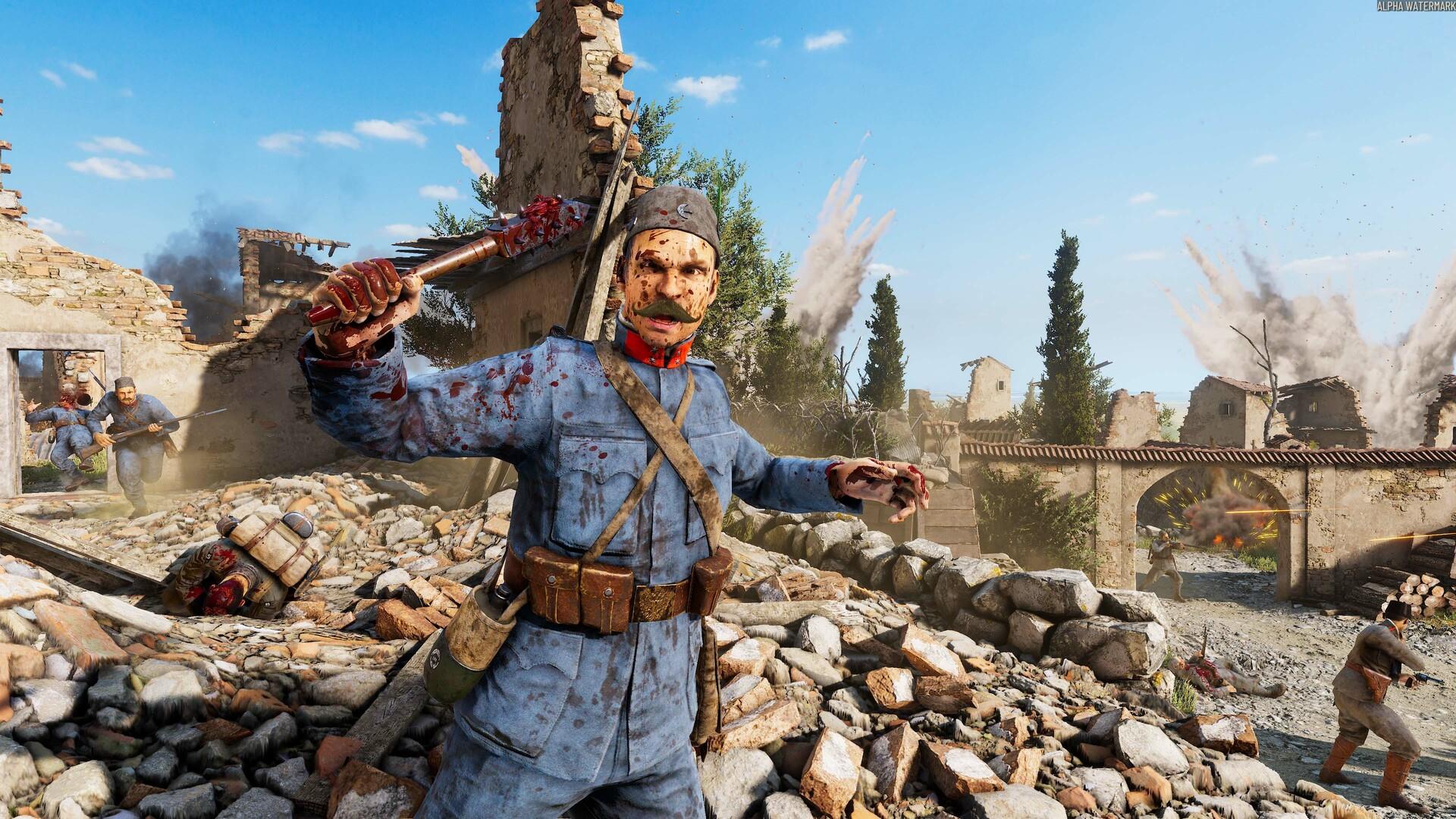 You are given six different classes to choose from: officer, rifleman, engineer, assault, mountaineer, and marksman. Each class contains different perks and loadouts to choose from, depending on your squad needs or personal preference. Extensive customization can be done on your character, including uniform and beard trims, which is a nice touch, but ultimately useless considering this is a first person shooter. You can’t see your character in game. In the pre-launch period, given how unpopulated the servers are, there was virtually no point in choosing a class for strategic purposes. It also gets hard to discern between friendlies and enemies, let alone what class each player on the field is. Isonzo can be played offline with bots, or online with bots to fill missing players, but clearly the game is better played with real players. The AI bots right now are also broken, as they won’t move or shoot, so the single player experience is very difficult to recommend. There is cross-platform play, but no aim assistance for those playing on console versus mouse and keyboard on the computer. Keep in mind that this is an authentic battle simulator, which means no reticle and getting shot once most certainly guarantees death.

In terms of immersion, Isonzo does a decent job of making you feel like a soldier deployed on the field during the events of the first World War. There are no vehicles but expect to be crafting traps, building barracks, cutting barbed wires or operating cannons to gain the upper hand on the enemy. Working with your team is pivotal so don’t go barging headfirst into the battlefield. It’s slower paced than its modern day counterparts, but that’s not a bad thing. Rifles cannot be reloaded until the entire clip has been emptied, and you can go prone to crawl between the trenches. Not sure if this was intended but I couldn’t even take off my gas mask after accidentally putting it on! Leveling up each class unlocks better weapons, tools, and perks for your loadout but can become a grind considering matches last quite a while.

I tried to play a few populated matches on launch day, but many games would not load due to server errors. I kept getting a "Game server did add local but we never got a GameSetupReady signal, should've been in same frame almost." Even on day 1, only a handful of matches could be found at a given time, with many being filled with only one or two players. Without friends to play with consistently or a stable player base to fill the maps, this game just isn’t fun. There are only 6 maps available at launch and considering this game is priced at $29.99, I can’t recommend it as a purchase unless you are a die hard fan of the first two games. 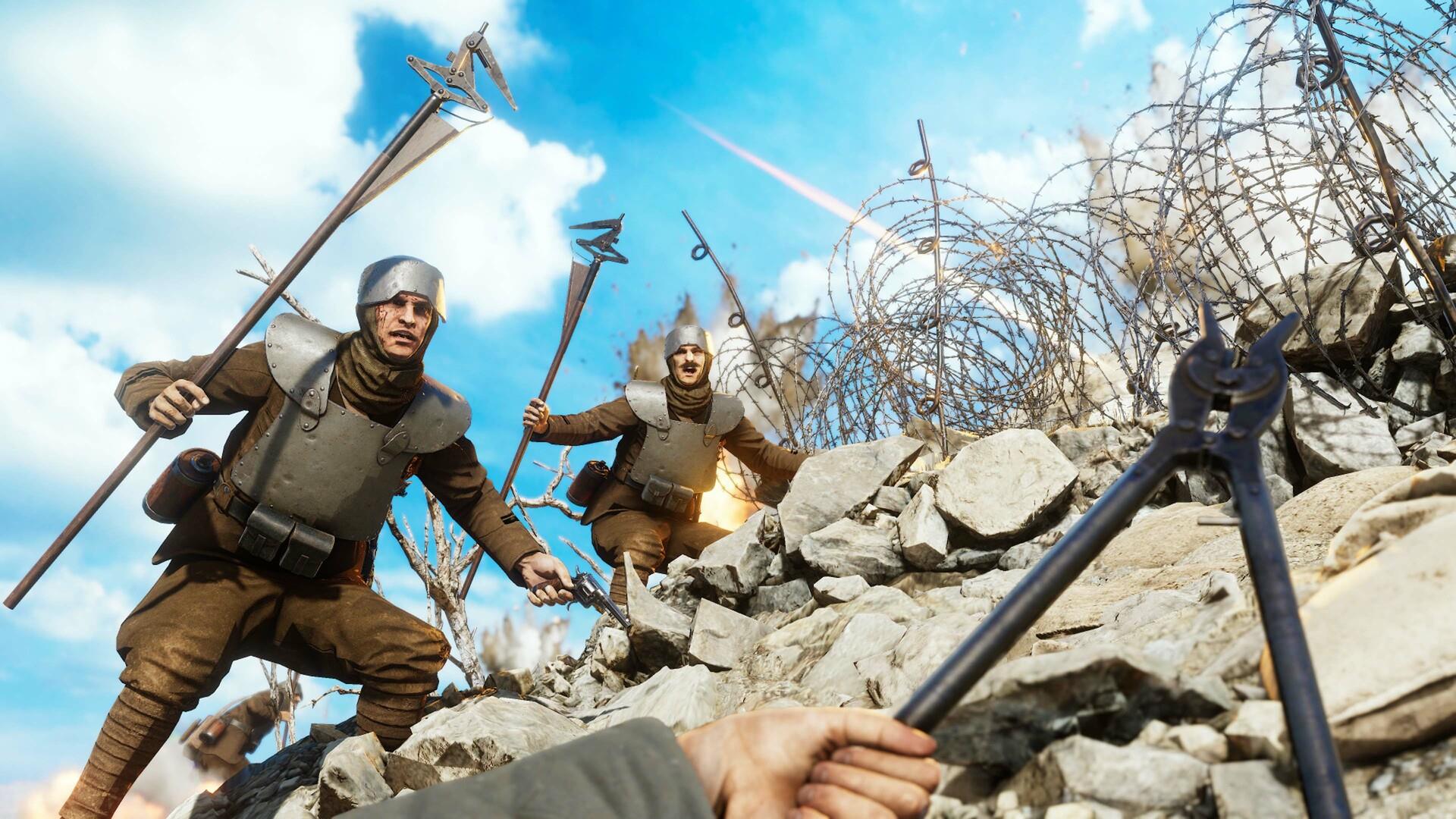 It is nonetheless admirable and respectable for Blackmill Games to continue to deliver projects that shed a light into the authentic historical representation of different battles of World War I. Unfortunately, Isonzo’s niche genre, high price of entry, unfriendly welcome for newcomers, multiplayer driven gameplay, and quality of life issues make it a title that is unappealing for most.

Isonzo is an honorable attempt at creating the historical events of the battles between the Italian and Austro-Hungarian armies. The multiplayer-only component with concern for long-term player base sustainability, alongside a multitude of user experience gripes make it an unremarkable experience.