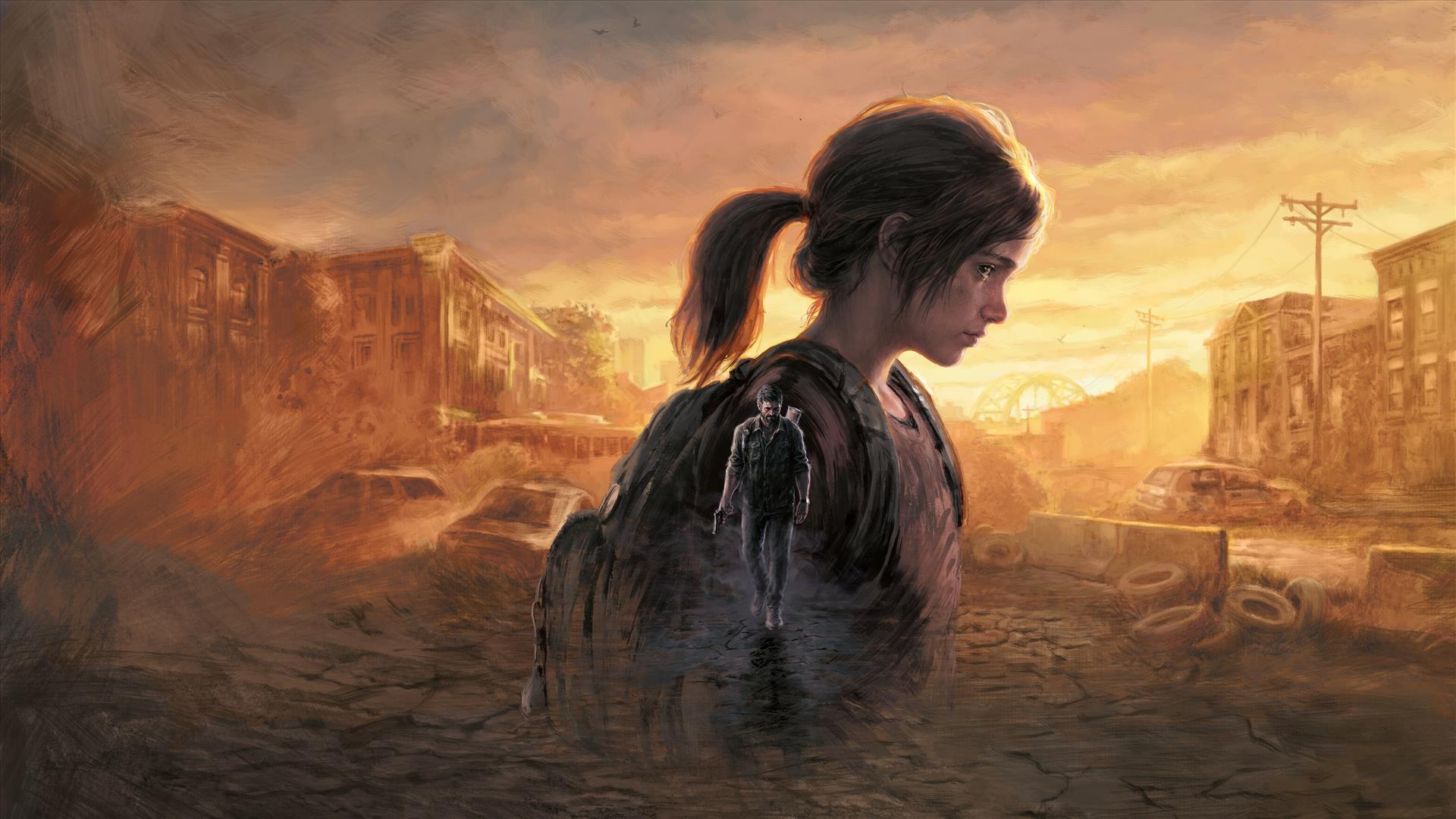 The Last of Us Part I

There are very few titles that receive universal acclaim from both critics and consumers alike in the gaming industry, especially ones that blend multiple genres into a cohesive experience. Naughty Dog’s The Last of Us is one such project. This is a game that needs no introduction, as it won the hearts of everyone when it first came out in 2013 on the PlayStation 3, and then again in 2014 when it was remastered for the PlayStation 4. Now, nine years after the release of the original masterpiece, Naughty Dog has faithfully rebuilt The Last of Us Part I from the ground up for the PlayStation 5, incorporating modernized gameplay and accessibility options for anyone from any background to enjoy. Though this remake includes the full base game as well as the bonus expansion Left Behind, it doesn’t include the multiplayer Factions mode that was present in the prior two iterations.

As a quick refresher, The Last of Us is a third-person narrative-driven action adventure game set in a post apocalyptic world. A strain of the ophiocordyceps unilateralis fungus has infected the majority of the human population, turning them into cannibalistic creatures and forcing the rest of society to fend for itself. You play as Joel, a hardened and jaded individual who is emotionally shut off due to the many losses he has suffered throughout the years of the outbreak. The blossoming of Joel’s character begins after he is tasked with delivering a fourteen year old girl named Ellie, who just might be the key to a cure for the infection, halfway across the country. You do play as Ellie for some portions of the main game, but the DLC episode Left Behind further develops Ellie’s character as it dives into her experiences prior to meeting Joel. The narrative writing is at the forefront of video game storytelling and will tug at your heartstrings until the very end. 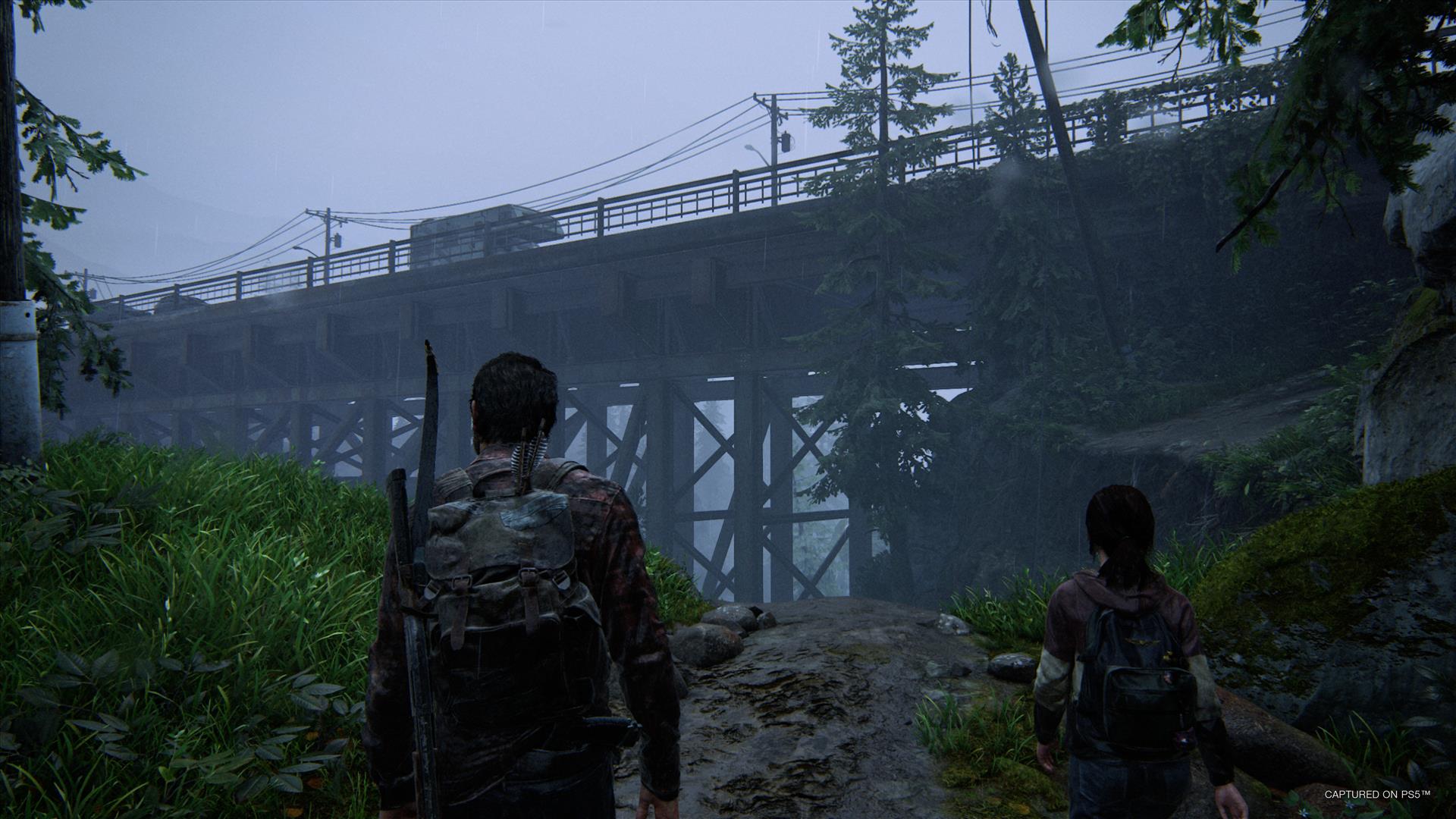 In an industry where main characters are stereotypically portrayed as charismatic, bubbly, and moral, Naughty Dog bravely sets up some refreshing protagonist personalities by constantly reminding you that the world sucks and that even the heroes can do bad things. But perhaps where Naughty Dog succeeds the most is by nurturing the connection between Joel and Ellie. A relationship that starts off as rather antagonistic develops into an affectionate father/daughter dynamic by the end. The game effortlessly and naturally progresses the depth of the dialogue between the two, making you truly care about these characters. This allows pivotal moments to feel much more impactful and emotional, especially devastating ones. After all, it’s not the last of you or me, but The Last of Us.

Gameplay of The Last of Us Part I is very similar to survival horror titles, where you must scrounge for resources and supplies. Different adversaries stand in your way, ranging from multiple different breeds of infected to your typical human bandits. Creatively designed level layouts promote exploration and often non-linear approaches to each situation. Should you risk wasting all of your bullets by facing an enemy head on or choose to take the conservative approach of silently creeping up on your enemies and choking them to death? There are some mandatory stealth or chase sections but for the most part the gameplay style is left up to your discretion. The uninspired puzzles from the original are still here, where you are often prompted to prop up a ladder or push a garbage can. The remake features some exquisite environmental set pieces with its rehauled graphics, paired with truly captivating sound design from weather effects. The fast-paced combat sections are separated by moments where our protagonists slow down and embrace their surroundings. It’s refreshing to see Ellie ask about ice cream trucks, giraffes, universities, and how things were before her time. Ellie exemplifies all the innocence and pureness that remain in a world ravaged and plagued. 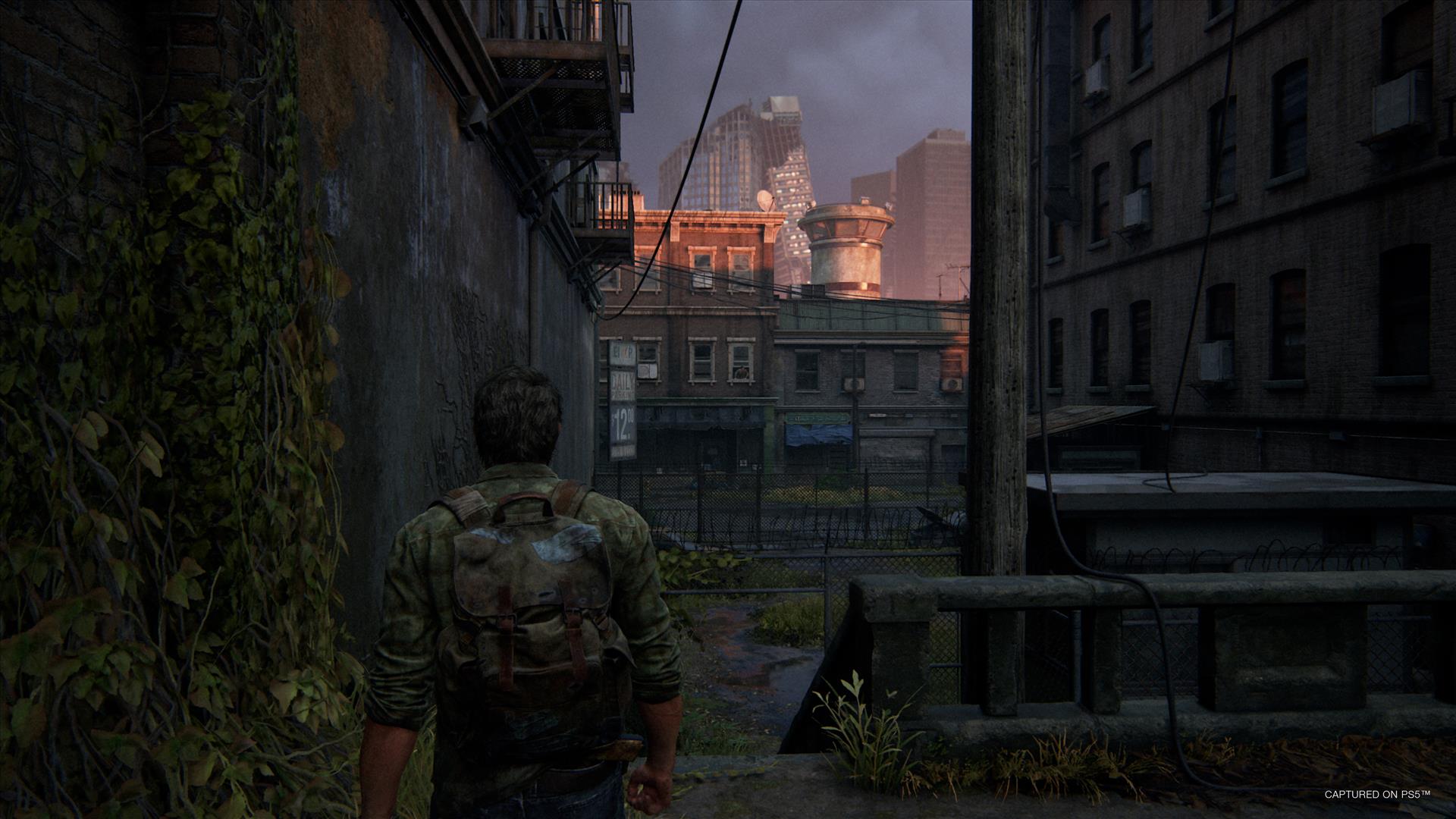 The Last of Us Part II was a technical marvel, and the remake of Part I follows in the same footsteps. Character models and lighting are incredibly detailed and life-like, with fantastic vocal performances from Troy Baker and Ashley Johnson. Combat feels immersive and fluid, with allies and enemies adapting dynamically to your actions. Depending on whether you choose to engage with antagonists head on or through stealth, they might flank you from the side or call for backup. Your allies will do the same, and are less likely to be caught should you take the stealthier approach. Because the overall AI has improved, every encounter feels more cohesive and intense. The Last of Us Part I also supports uncapped framerates on VRR supported displays so you can play with a buttery smooth 120 fps target. Many features introduced in Part II make a return here, including a suite of combat accessibility options such as enhanced listen mode, invisibility while crouching, and reduced enemy perceptiveness. The overall content of Part I remains unchanged, but the entire gameplay experience feels more modernized and polished.

Naughty Dog did add some cool features into the remake, such as a Permadeath and Speedrun mode for those looking for an extra challenge. Extras such as directory commentaries, concept art pieces, different rendering modes, gameplay modifiers, and skins can be purchased with in-game points after completing the main story for the first time. These aren’t a lot in terms of raw content, but they do provide more replayability for those looking to unlock everything. I, for one, love to go for infinite ammo and crafting materials first, and was excited to play through the game again with those modifiers unlocked. Nothing brings me greater joy than blasting infected to my heart's content without having to worry about wasting resources! There are even outfits for Joel and Ellie from Part II, and some cool easter egg shirts from other PlayStation games such as God of War, Ghost of Tsushima, and Returnal. Small details like this go a long way. 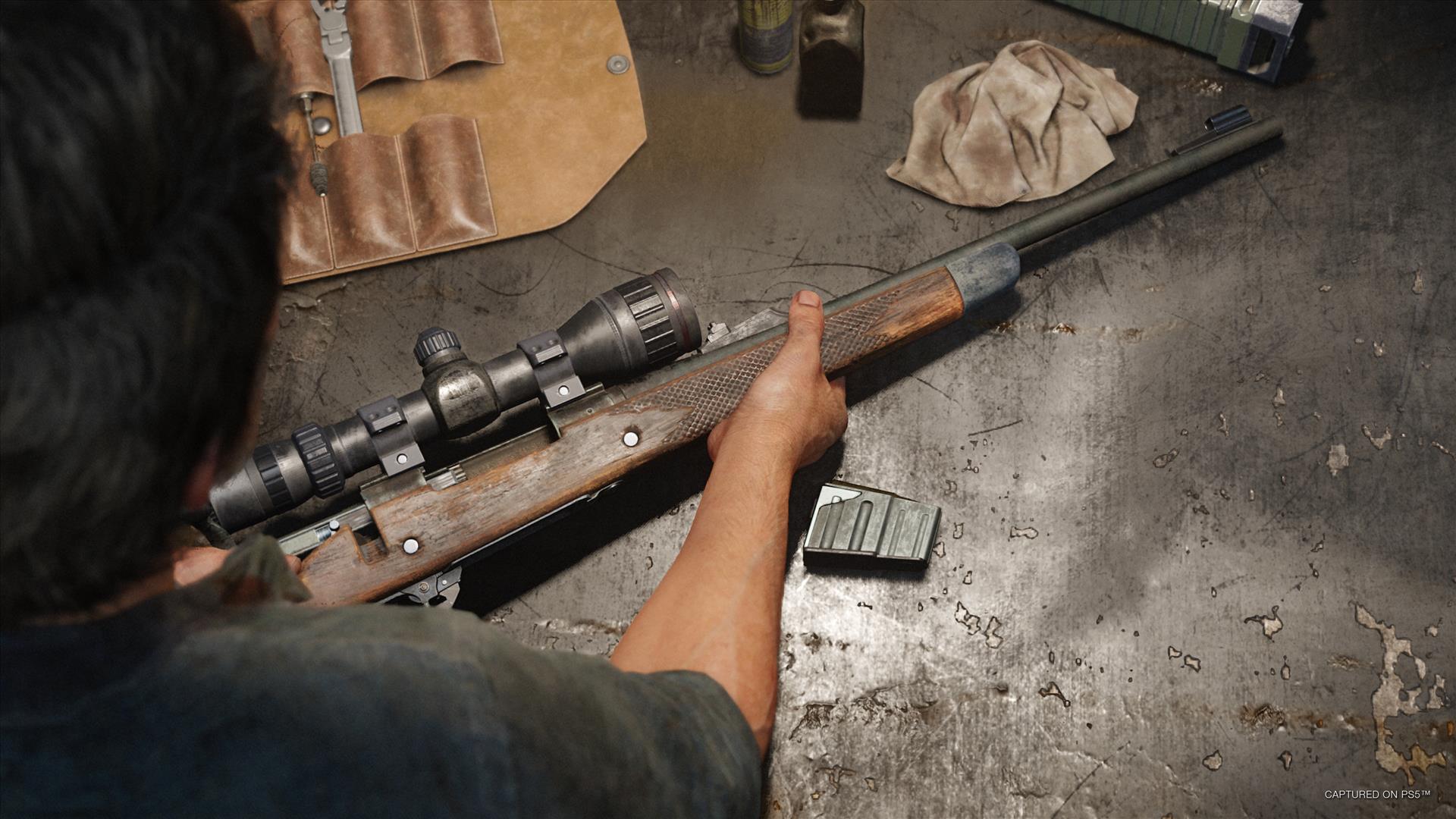 Of course, this remake also utilizes all the flagship features of the PlayStation 5, including ultra fast load times, DualSense support, and 3D spatial audio. Haptic triggers and adaptive feedback are implemented with every weapon and environment, so each encounter, whether that be shooting infected with a shotgun or talking to Ellie in the rain, feels much more life-like. In a way, these immersive features tie in nicely with accessibility features as they should allow players with disabilities to feel more engaged with the game as well. It’s mostly a quality of life improvement, but activity cards are supported as well for both story progression and collectibles tracking, so trophy hunters can have a much easier time completing their hard earned achievements.

The elephant in the room that needs to be addressed is whether or not this remake is warranted. Yes, it’s understandable that the developers chose to remake a game that’s nine years old, especially with the live action TV adaption coming next year. Though the 2014 remaster still holds up well to this day, there’s a certain aspect of it that feels outdated in today’s gaming ecosphere. Going back to the remastered version after playing Part II feels extremely clunky and janky. Playing Part I remake felt akin to Part II, minus the presence of the prone or dodge ability. This was a bit of a let down, but I understand that the gameplay was not designed with the option to go prone in the original game. However, it would have been nice to see Joel or Ellie be able to dodge in this remake, considering how bland melee combat remains in Part I.

Naughty Dog has always been at the forefront of removing gameplay barriers to allow players with disabilities to be able to enjoy and complete their games. Part I expands upon the already beefy amount of accessibility options that Part II offered, including support for blind and deaf players. Navigation and combat assistance are offered so players of any level can enjoy the game to their likes and needs. The achievements in the original were extremely hard to obtain, as many were tied to difficulty levels and online play, and I’m happy to see that the trophies in the remake are not limited by the above factors. Don’t worry, the revered Grounded mode is making a return and will be available at launch. 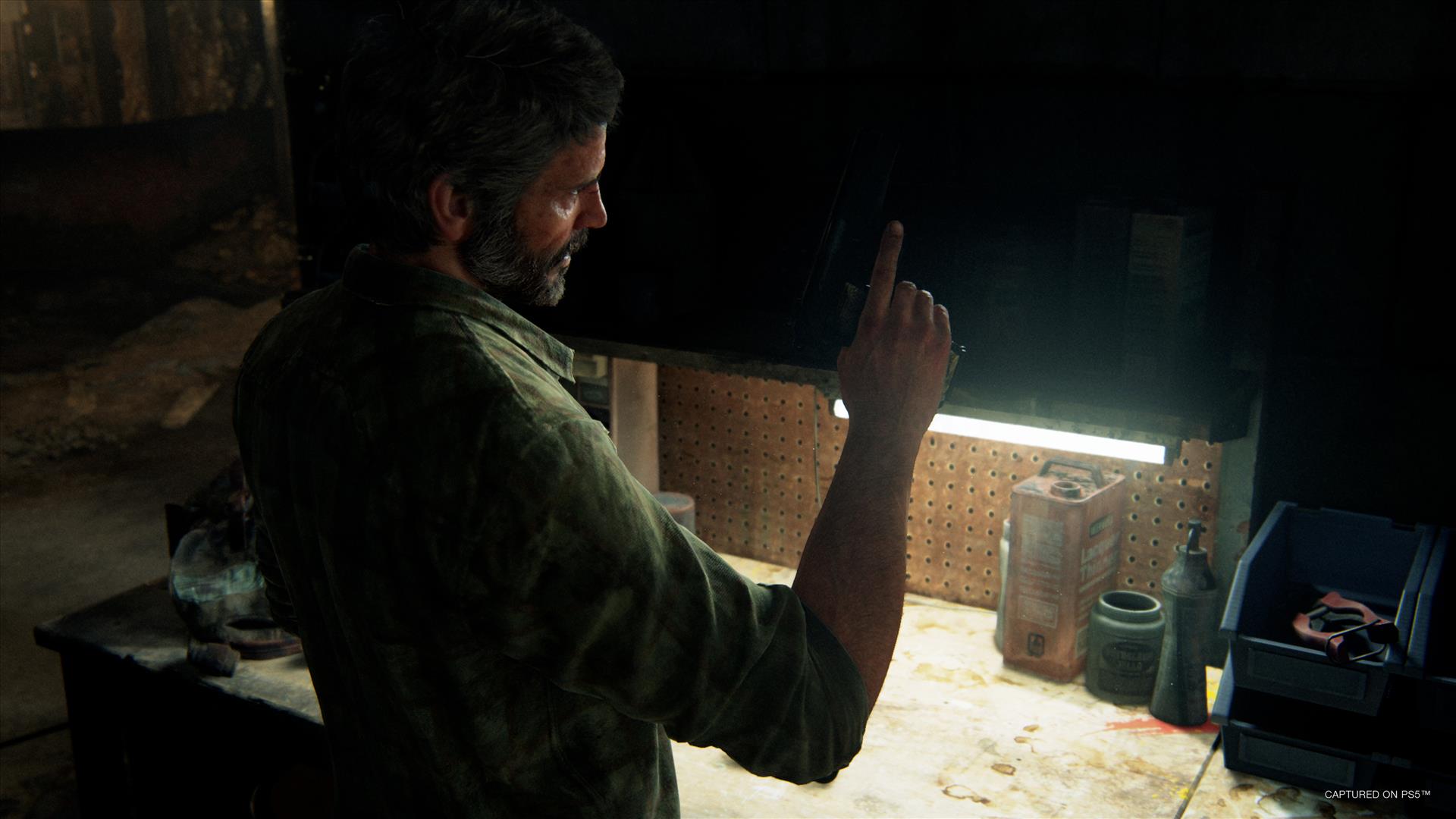 Now the other big question to answer is whether The Last of Us Part I is worth the price tag of $70. When the game was first released on the PlayStation 3, it was priced at $60, which was the norm for games back in the day. The remastered version for the PlayStation 4 was also priced at $60 at first, but was later dropped down to $50 by Sony prior to launch. For someone who has played both or even one of the previous versions before, I don’t think this remake warrants a day one purchase unless you are a die hard fan of the franchise or just want to support the developers. On the other hand, if this is your first entry into the series or you played Part II without playing the original, then I wholeheartedly think the price tag is warranted, especially considering all PlayStation 5 titles are priced at $70 nowadays. This game is a masterpiece, and it’s only right to enjoy it in the most up-to-date and polished way possible.

The Last of Us Part I is an honest demonstration of life’s bleakness and its glimmers of hope, and ultimately an experience that will have you thinking about it long after the credits roll. This remake from the ground up is well worth it for fans of the original to revisit and newcomers to experience. It’s unfortunate that it doesn’t include the beloved multiplayer mode and comes at a steep price point, but this is one of those games that are considered a must-play, and you sure as hell won’t regret doing so.

Naughty Dog delivers again with its timeless masterclass narrative experience, this time rebuilt from the ground up following contemporary gaming standards. With modern graphics and unparalleled performance, The Last of Us Part I is the definitive way to enjoy the multilayered and complex story of Joel and Ellie. It remains a genre-bending action survival game that challenges the status-quo by weaving together multiple elements. An expanded array of accessibility options, gameplay modifiers, and extra modes allows this remake to be experienced by anyone from any background and that’s not an easy feat.