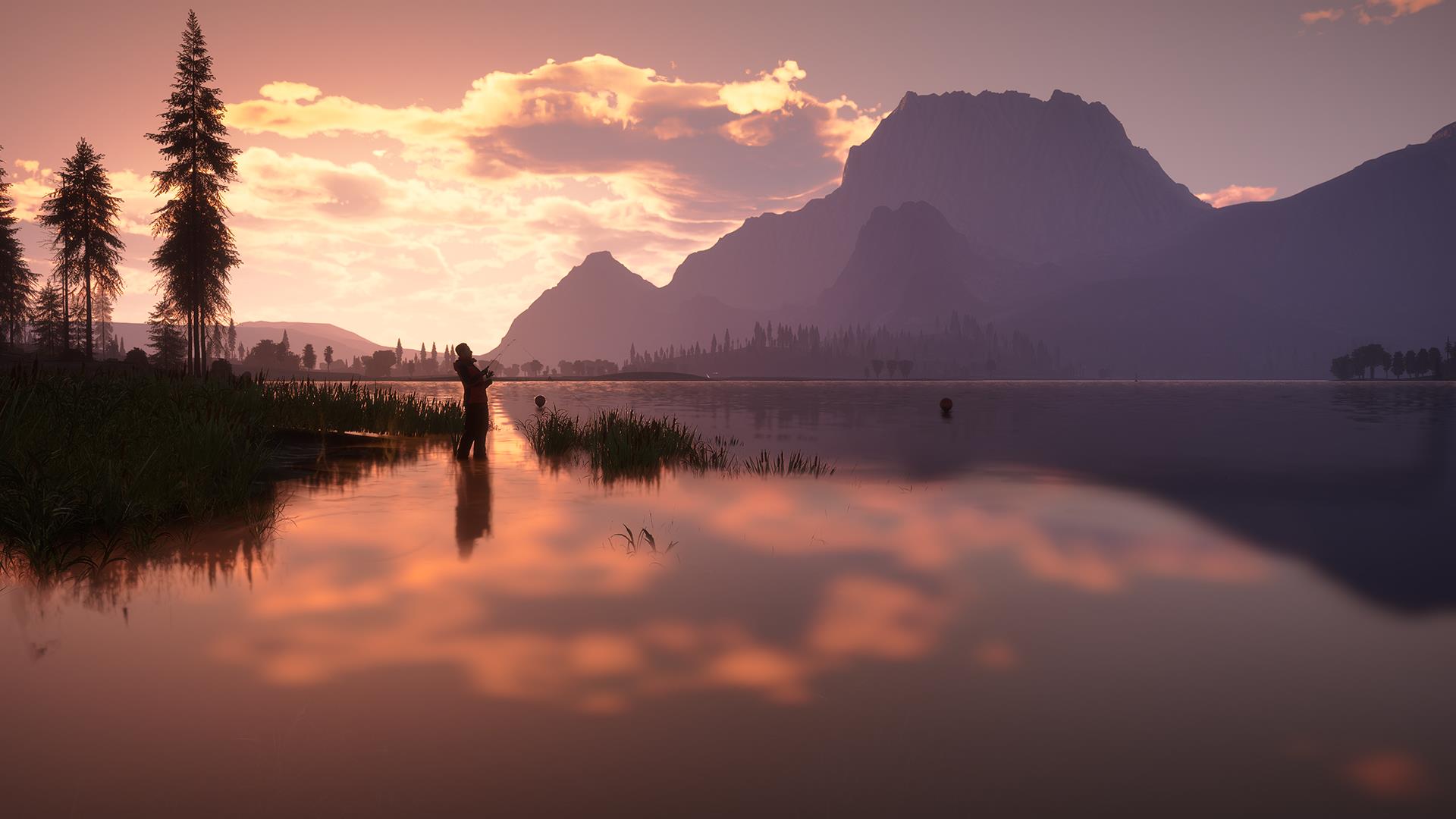 Call of the Wild: The Angler

A couple of years ago, it would have been tough to imagine that I would ever enjoy a fishing game. The entire concept felt so far outside of my lane that I never would have even considered trying one. I’ve seen fishing and hunting games lurking at the periphery of the gaming sphere for years and years, but I’ve always wondered who was playing them. Who would want to fish when they could be flying a spaceship, or fighting robots, or starting a criminal empire? Who would want to just stand there in a quiet virtual space, waiting for a fish to (maybe never) bite?

But that was then, and this is now. I can pinpoint the exact moment when I started thinking about fishing and hunting games, and that was the quiet day over Christmas break last year when I decided to download theHunter: Call of the Wild on a whim. I wasn’t expecting much, but I was completely shocked at how beautiful the game was. More than that, I was delighted by how much theHunter felt like an actual game. There was structure here. Missions. Things to do and see. It wasn’t just me wandering around in the woods. 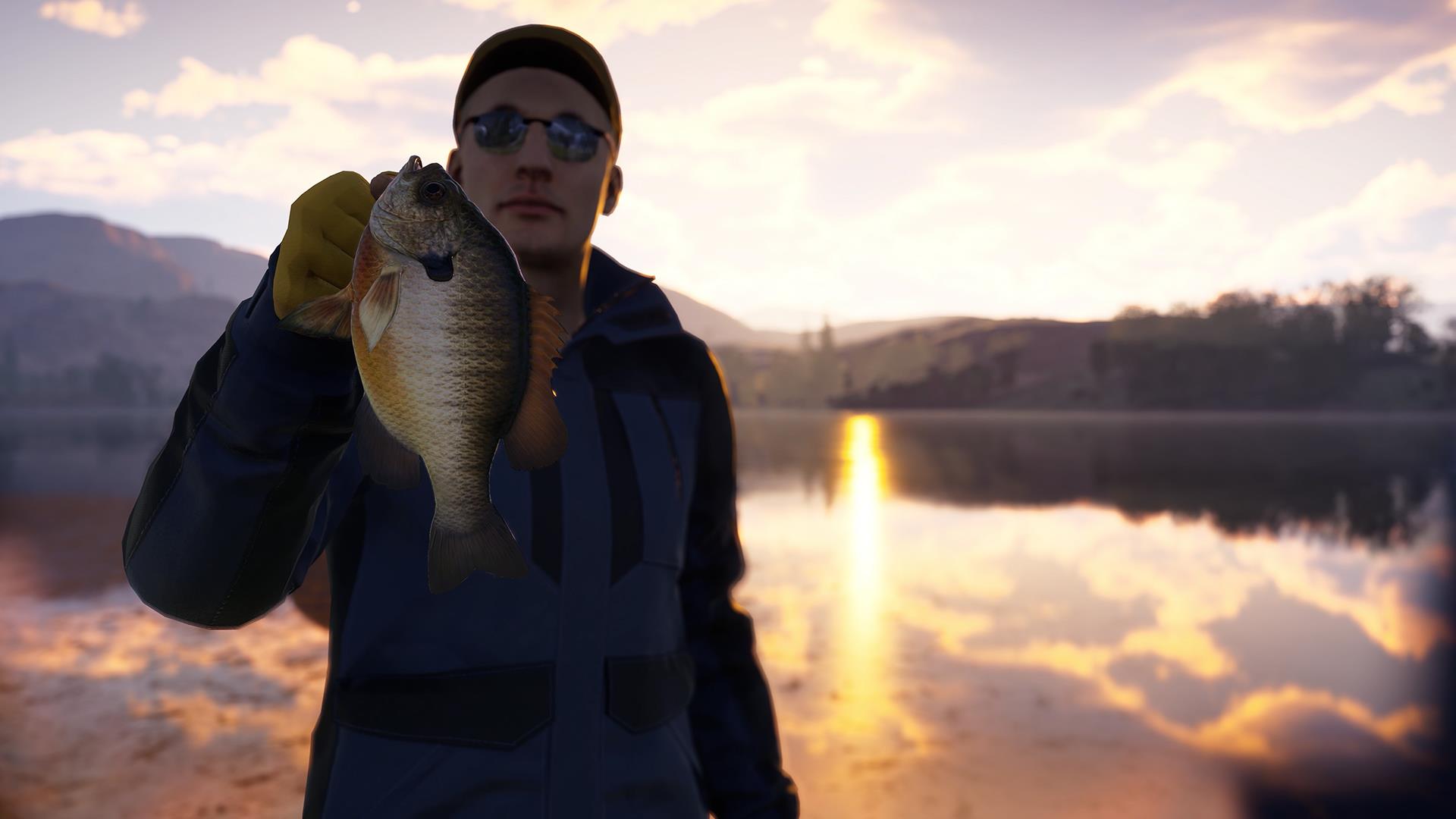 So when Call of the Wild: The Angler arrived, I was fully down to check it out. I was fascinated at the idea of an open world fishing game, but still doubtful that it could work. What could possibly be appealing about roaming a wide-open wilderness, stopping on occasion to fish? But again, that was then, and this is now. And now I’m wondering how any fishing game that isn’t open world could possibly appeal to me after I’ve had such a rich experience. I will be judging all future fishing experiences all against Call of the Wild: The Angler.

The Angler starts well, introducing the player to the basic concepts of the game through a series of short quests and tutorials. In the starting area, players learn how to cast, how floats work, how to summon and drive cars and boats, and how to buy new and better gear. Then the game kind of takes the reins off and says “Go play”. A nearby announcement board offers some starting quests for those that want to pursue them, but if you just want to go tearing off into Golden Ridge Reserve park in a jeep to see what you can see, you are totally free to do so.

It is in the players’ best interest to immediately start exploring the world. Finding new areas and fast travel points rewards the player with cash, which can be used for a quick gear upgrade. Your starting rod and reel are suitable for the tutorial area but won’t be terribly successful with the larger fish you’ll encounter right outside of the staring area.

After gathering a bit of cash, I came back to the initial outpost and started taking on the more advanced quests and tutorials with my mid-range rod and reel. This is when I learned that there was far more to landing a big fish than simply plopping my hook in the water and pressing a button to reel it in.

The Angler uses a few different mechanics to simulate the act of fishing, but the most important is the management of your reel tension. With the D-pad on your controller, you can quickly adjust the percentage of “give” your reel has. Tightening things up will keep a fish from taking too much line, but if you go too tight you risk snapping your line and losing a big catch. Conversely, if you keep things overly loose, the fish will be in Timbuktu by the time he tires out enough for you to reel him in. 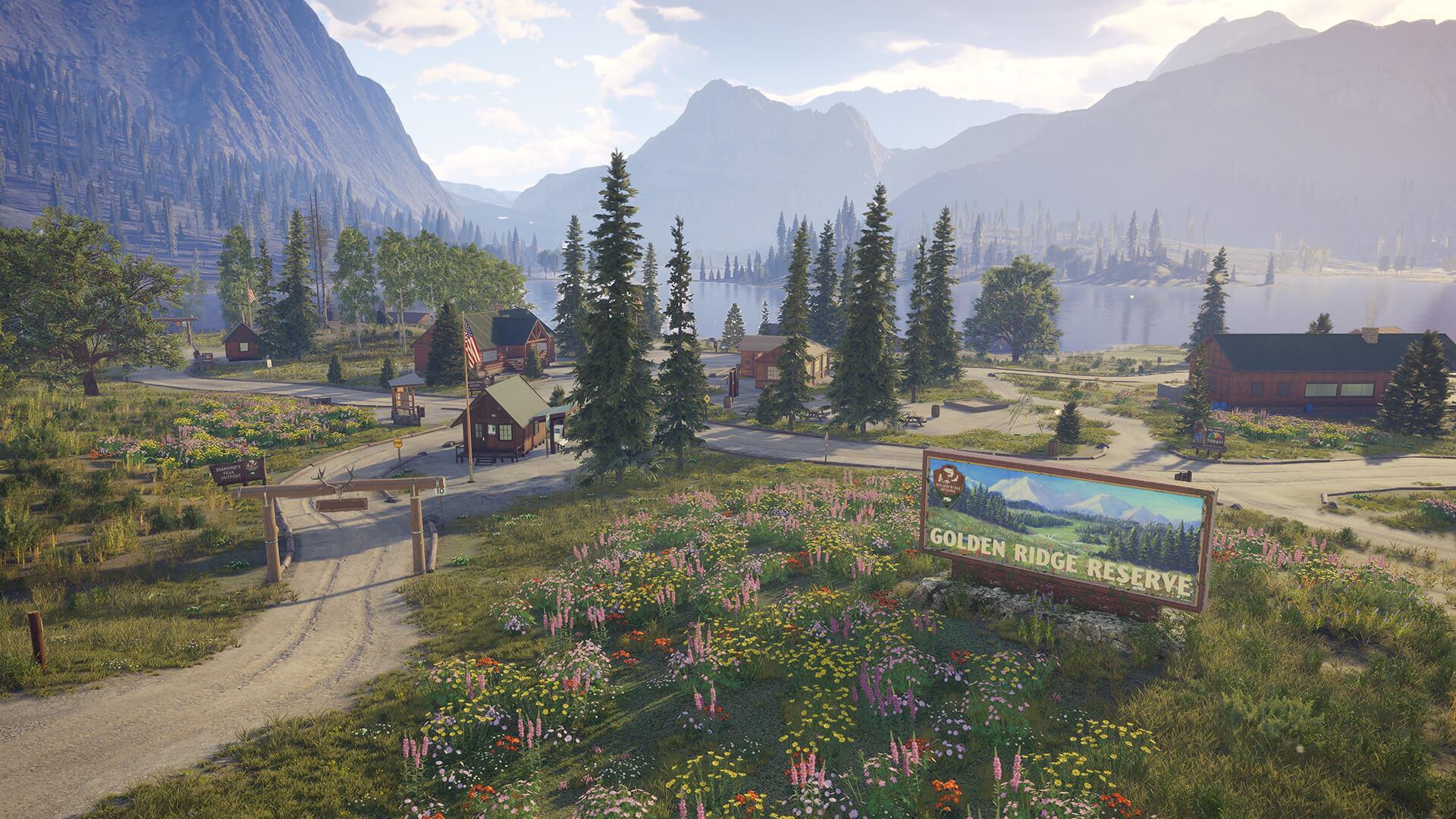 It's a great mechanic, which combined with the act of “pumping” your rod, really makes it feel like you are doing battle to land a fish. Of course, not all fish behave the same. Smaller trout just swim obediently over to the land and allow you to haul them out. But hook a big catfish or a large mouth bass, and you could be fighting them for over ten minutes.

Call of the Wild: The Angler absolutely works as an open world game. Sure, a lot of the activities are super simple, mostly existing as a tool to get the player to push outward and explore the gigantic park in which the game takes place. A lot of the quests revolve around things like “Go find this place, and then catch a fish there.” But in the context of this game, that is exactly what the player needs. A little push in the right direction, to get acquainted with things. Before long, I was stalking out into the wild on my own, searching for little bodies of water I could attempt to plunder. 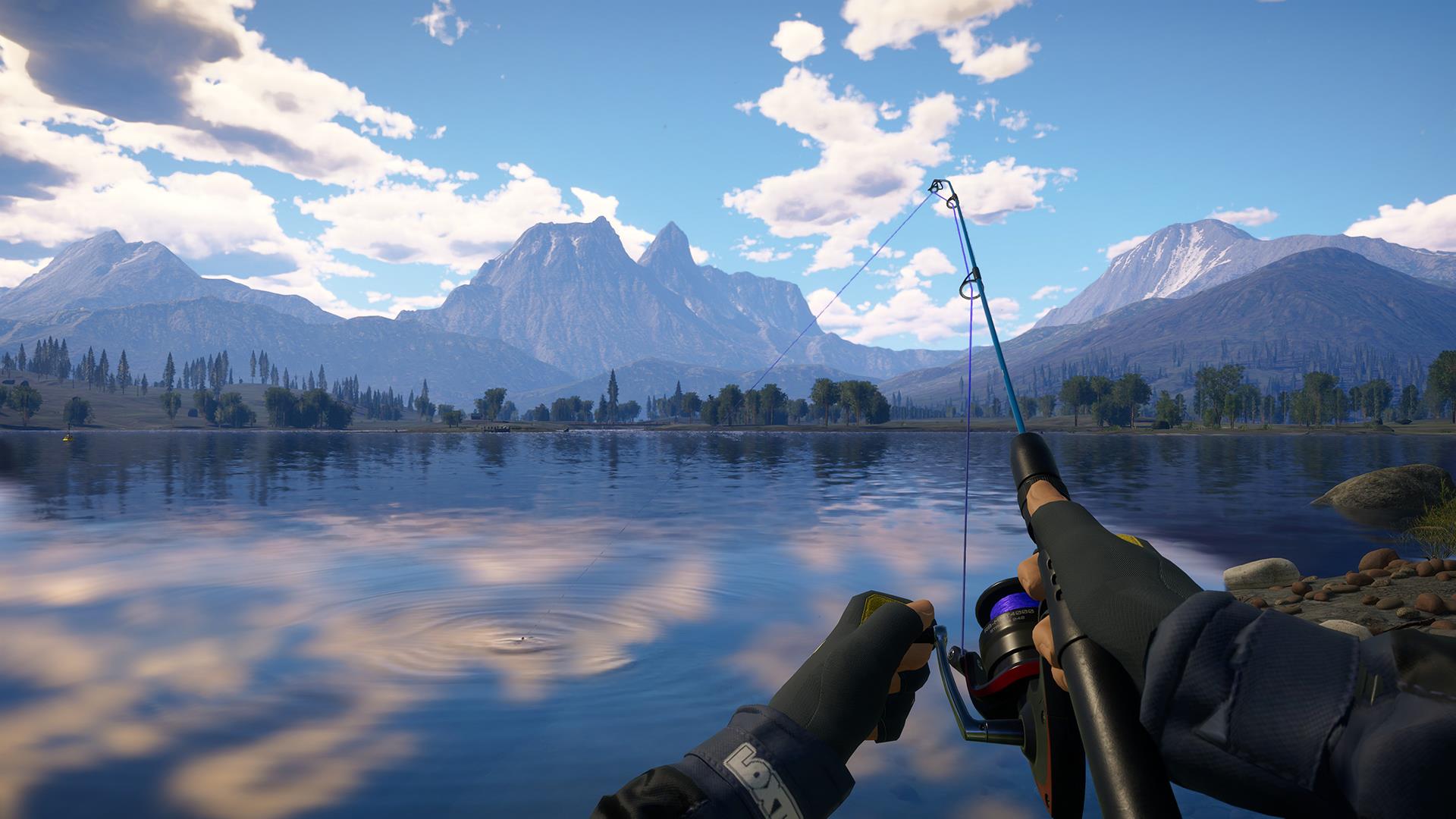 Folks that worry that a fishing game might be boring should think again. Sure, there were times when things went quiet on me, and I couldn’t get a bite to save my life. But the majority of the time, it was because I was doing something wrong. Doing a bit of research and switching out bait or tackle would usually do the trick to get me back in the action. Or I would simply pivot to a new location. I was rarely at a standstill in The Angler, and I was never, ever bored by it.

The game is littered with other distractions to keep the player busy. Outside of exploring and climbing fire towers, the Park’s warden has the player keeping an eye out for various foliage and bugs that could endanger the balance of the park’s wildlife. Most of these missions just watching for shimmering gold trees and plants, but they are a nice enough distraction while wandering the park. 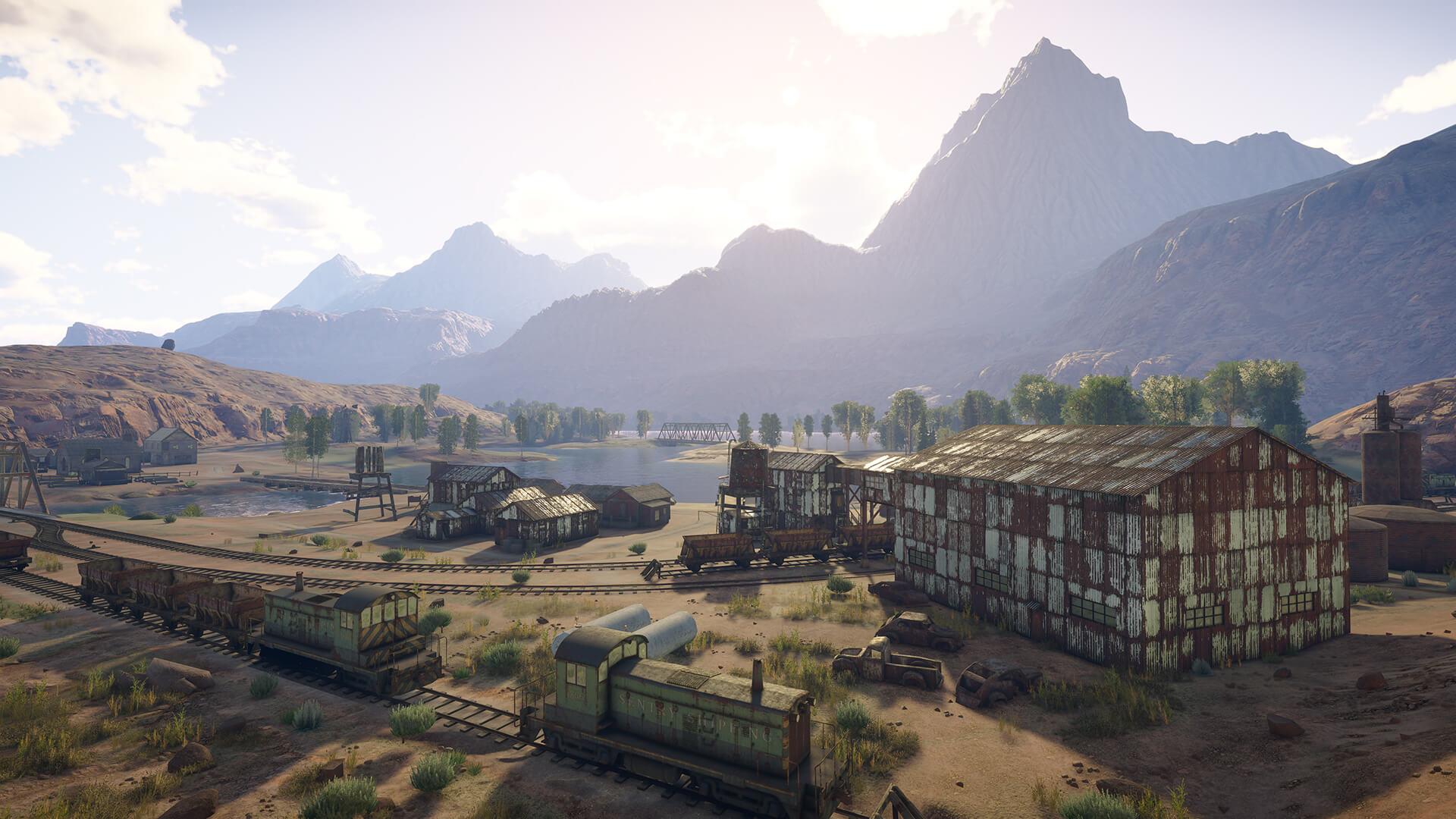 Speaking of the warden, dude is a total character. His family has been taking care of Golden Ridge Reserve (which is based on Yosemite) for generations, and he is very, very willing to tell you all about it. The way this guy talks is hysterical. I was kind of ignoring him at first, but then he said something about nachos and colostomy bags that caught my attention. After that, I found myself tuning in to listen to his colorful asides whenever he piped up on the radio.

The park itself is a visual wonder. Really, there is no reason for a fishing game to look as good as this one does. The park is full of points of interest to explore; old silver mines, water mills, and other historic structures dot the landscape. But it’s developer Expansive Worlds’ ability to accurately recreate nature itself that really impresses. Standing on a ridge and looking at the trees below blowing gently in the wind while the sounds of crickets and mosquitoes buzz around your head is a total vibe. 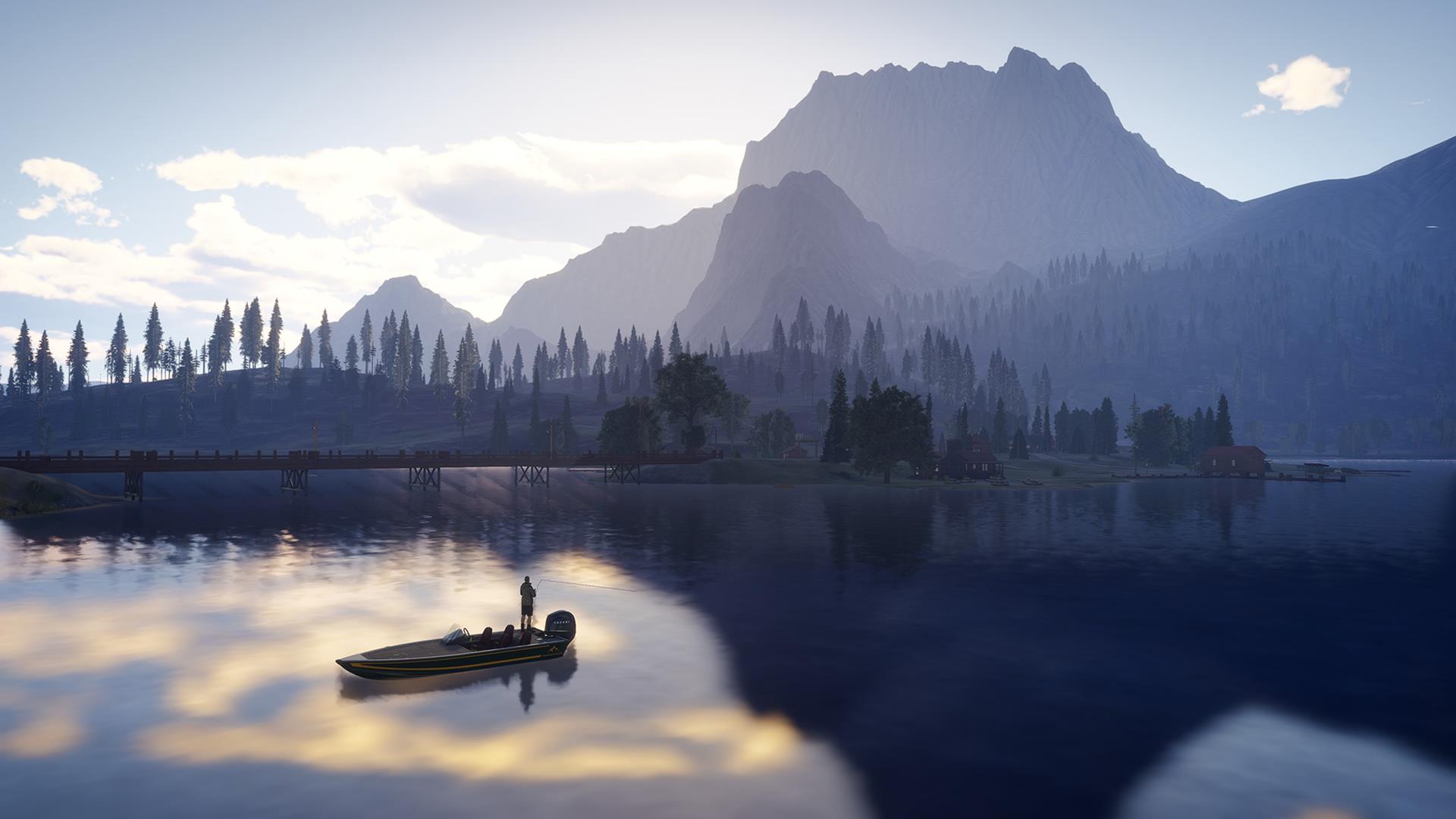 There is a multiplayer aspect to Call of the Wild: The Angler that adds an extra layer of entertainment. You can play solo if you want, but if you allow it, the game will plop you into an instance of Golden Ridge Reserve with a few other players. Yes, you can elect to go fishing with your friends, and pile in a Jeep to go off into the wild. But it is equally fun to team up with strangers in the game. I hopped into one guy’s boat as he was leaving the dock on afternoon, and we spent an amiable hour together fishing in the middle of the lake. It was pleasant, in direct contrast with so many gaming interactions people have online these days.

Call of the Wild: The Angler made me want to go fishing for real. I haven’t played enough fishing games to really know if this one could be considered a benchmark in the genre, but I do think that it is a damn fine game. Folks that would not typically consider playing a fishing title might want to give this one a serious look, as it is likely to open their eyes to an entire new line of video game entertainment.  This game got its hooks in me pretty deeply – pun totally intended – and I fully intend on continuing playing after this review period is over. There is a peacefulness to this game that puts my soul at ease, and that feeling is one that I can rarely get from playing a video game.

Fishing game, open world adventure, gorgeous nature simulator – whatever bar you want to set for Call of the Wild: The Angler, it succeeds at meeting your criteria. Quiet but never boring, graphically beautiful, and with rich and entertaining fishing mechanics, The Angler is one of those rare games that creates a class all its own. You have never played a game like this, and it is likely rare that you have played one this good at accomplishing what it sets out to do. Highly recommended, even for those that might not think they would like fishing games.