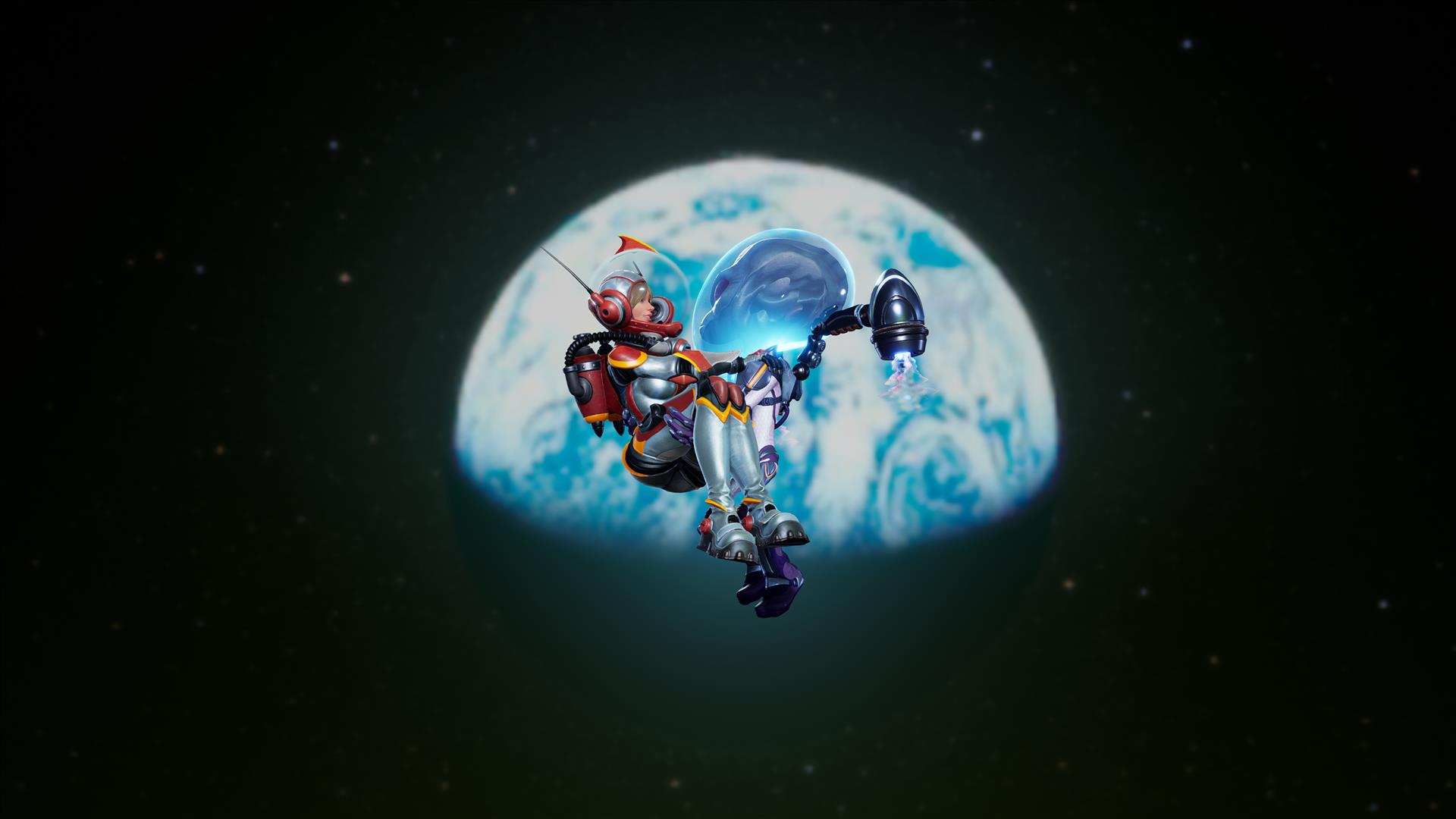 THQ Nordic has been making a cottage industry out of remaking and remastering games from earlier in the century. Over the last year or two, we've seen remakes of Spongebob games, a Spellforce title, Kingdoms of Amalur, and of course, the original Destroy all Humans. These remakes must be somewhat successful financially, because THQ Nordic keeps on cranking them out. Which brings us to the release of Destroy All Humans! 2 - Reprobed, a remake of the second in the seminal alien-destruction series.

The graphic update that Destroy All Humans! 2 - Reprobed received is noteworthy. Remakes and remasters have become a constant fixation in the video game industry, but I found this remaster passes the sniff test visually. It’s easy enough to soften the hard edges of a game and call it a day. But Reprobed has gone above and beyond when it comes to the look and feel. The look of Crypto, as well as the NPCs, are excellent. When you take over an NPC's body and move around, they feel different from the next NPC you take over. A lot of them will use the same voice if you switch between bodies constantly, but the humor from one type of NPC to the next is funny enough to let it slide. It’s not just the look that I enjoyed either. All of the voicework is great; developers managed to have some voicework done by people who had voiced an alien character from a popular cartoon Invader Zim. Little additions like this show that Reprobed is being shown love by those working on it. 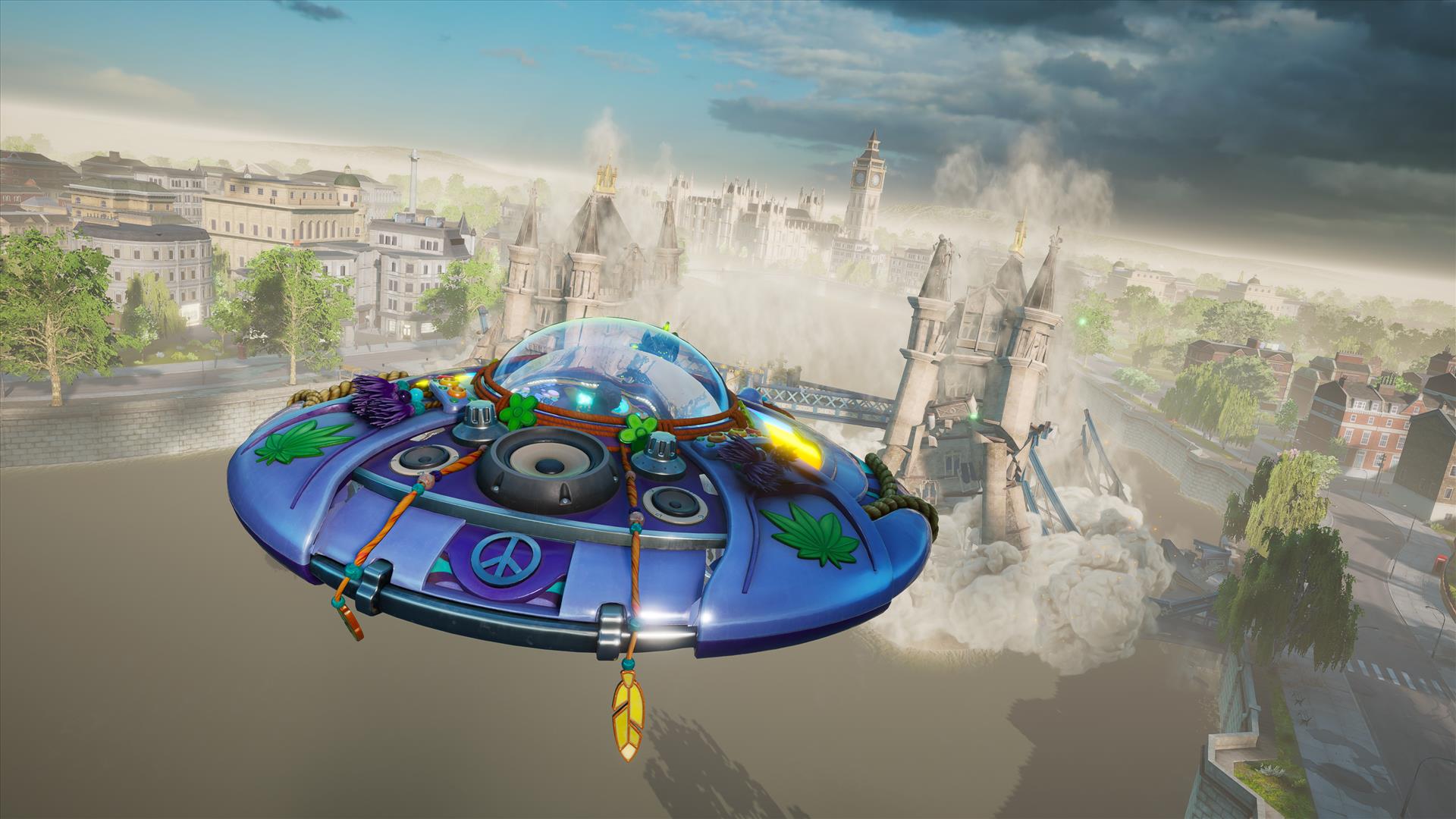 Overall the tone of Destroy All Humans! 2 - Reprobed feels refreshing. I understand saying that is a little odd when I’m talking about a game initially released in 2006. Games like Destroy All Humans feel few and far between in this day and age. They don’t make them like this anymore. Politically correct culture has changed a ton since this initial release, and developer Black Forest Games understands this. They’ve decided to warn you before you even play that Destroy All Humans! 2 - Reprobed is the same game that came out in 2006; they haven’t changed its humor. I can respect that the humor in this game is not for everyone. I even found myself thinking it was a bit much at times. At times it feels raunchy just to be raunchy, but who doesn't like making fun of hippies? Or terrible Russian accents that are clearly over the top on purpose.

But even with the facelift, you can't disguise the age of this game. Destroy All Humans! 2 might have been considered top-tier, when it came to open-world sandbox games, back in 2006. Back before the genre took off running. Instead of one big map to explore, your character Crypto, has multiple big playgrounds to cause chaos and destruction. While playing in a mock San Francisco, Russia, or the moon was fun, it also meant visible limitations on the open worlds. San Francisco could easily be larger in scale if made today. 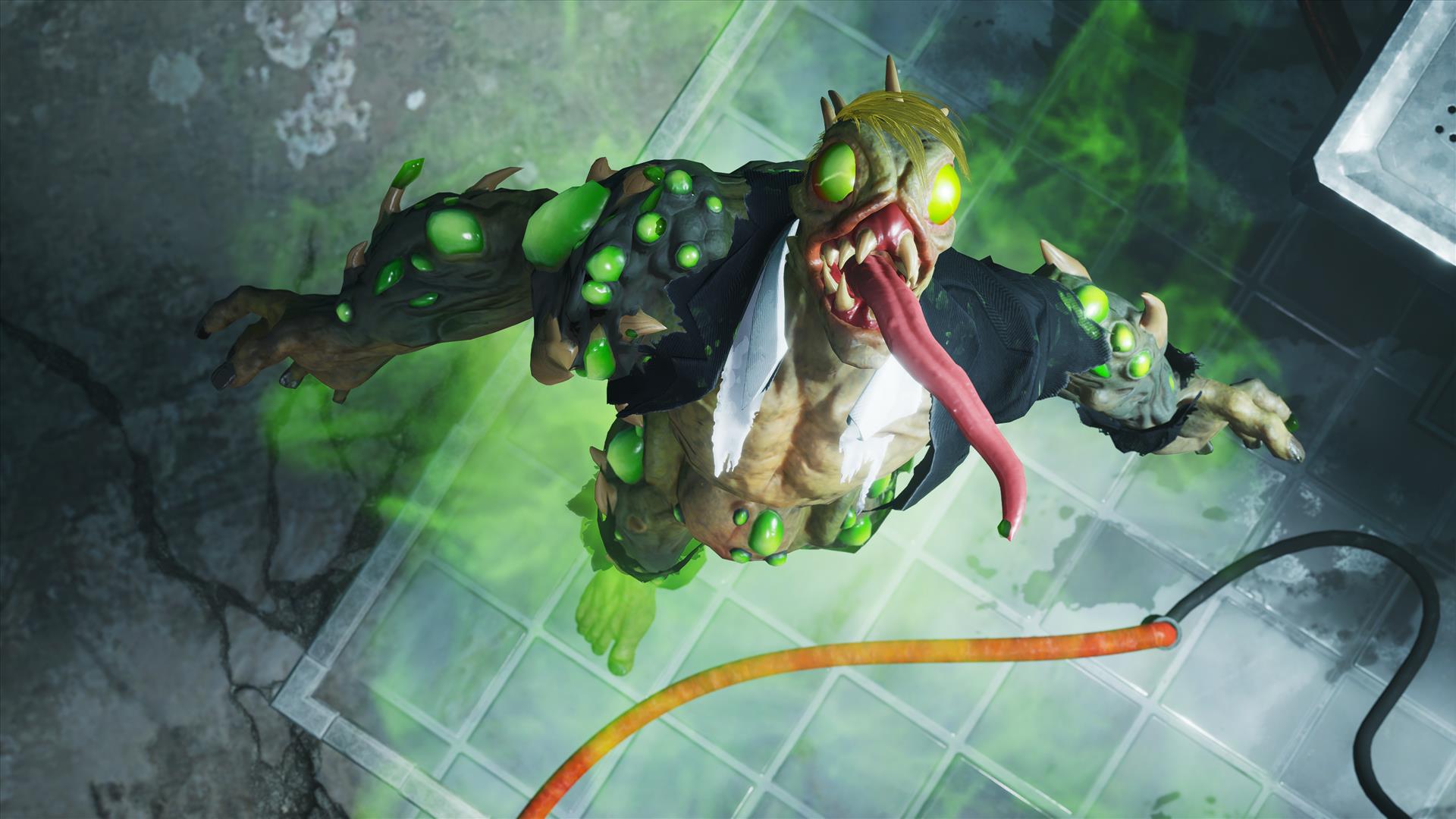 The size of the maps isn’t much of an issue when you get down to the nitty-gritty. The real problem lies in the missions themselves. Each map has five or six main missions that you play in order to reach the next map. Within each primary mission are a handful of side, or optional missions to go along with the main one. The primary missions themselves are easy to complete. Heck, some of them felt like they took less than five minutes to fully complete. If you wanted to clear the game as fast as you could, just stick to the main missions, you could get to the end in less than ten hours. The side missions aren’t much harder; in fact, overall their difficulty is low.

But there are typically a couple of side items you can do that have you traveling to other sides of the map or interacting with more NPCs. If Destroy All Humans! 2 - Reprobed made the side missions a requirement to complete each primary mission it would extend the playtime significantly, and lead to players seeing more of the game. As it stands now you can bypass a large portion of the game by ignoring the side tasks. I also did not feel motivated to do the optional tasks. With little incentive to explore, my motivation came from wanting to probe all the NPCs to hear what humorous thoughts they had. 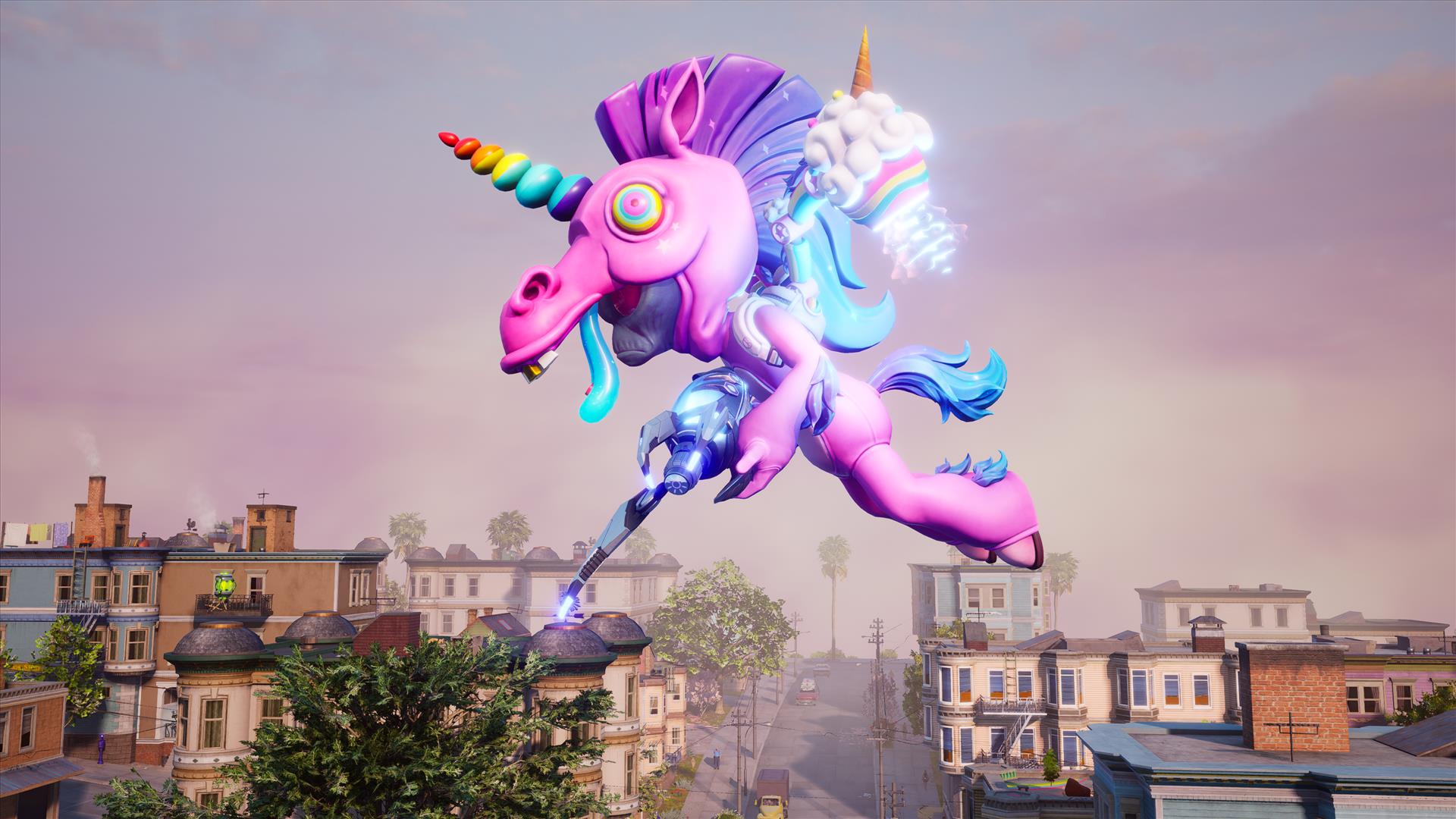 It doesn’t help that the main story is a bit of a drag. Reprobed suffers from trying to take a joke, like making your main character sound like a comically terrible Jack Nicholson impersonation, and have it stretch an entire game. In the case of Reprobed, this is a sequel using the same joke as the original game. I get the joke; I like the joke. But his voice does get old quickly. I feel like if the humor goes over my head at times, and if I consider myself pretty knowledgeable, then it goes over the heads of many people, even in 2006. I feel that I understand most of the jokes in Destroy All Humans! 2 - Reprobed, but there are many that I do not get. It might be the setting of 1969 that makes it hard for me to understand them all, but I know plenty of them have flown over my head. The story feels like a way to allow Crypto to hang out with a female NPC whose physical proportions were comical to teens in 2006 and possibly offensive to women - then and now. 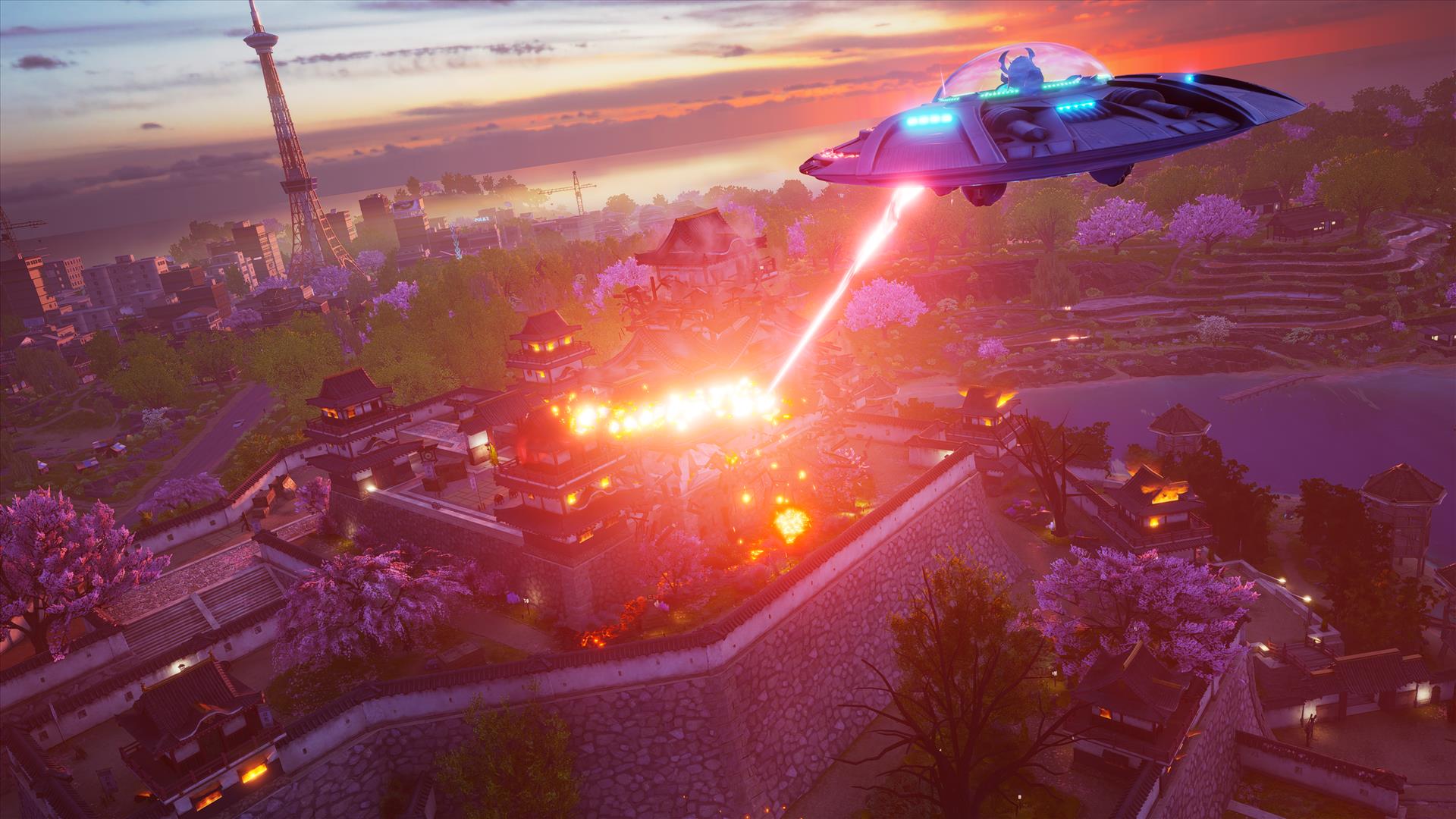 Destroy All Humans! 2 - Reprobed didn’t hold my attention for the entire time I played through it. I was having tons of fun at the start. The raunchy humor and impressive graphical update pulled me in. Unfortunately, the small open world maps didn’t keep me entertained. Neither did the short main story missions or the story itself; they never felt cohesive. The humor in Reprobed kept me engaged longer than it should have; if I weren’t chuckling along every few minutes, I would have played shorter sessions. The overall gameplay feels like a game from 2006; thankfully it looks and sounds like a modern one. I enjoyed jumping into my ship and causing chaos for a long time, but eventually destroying cities lost its appeal.

Destroy All Humans! 2 - Reprobed looks and sounds great, like a well-made game from 2022 should. The issues start to arise with the gameplay. Open world maps feel small, missions are short, and the story lacks depth. I never hated my time spent with Reprobed; it started as pushing a pea up a hill but felt like heaving a boulder up a mountain by the end. There are times when I like to think back to being a 13-year-old boy who finds fart jokes amusing; you just don’t see games with the same raunchiness to them as you did back in my youth Destroy All Humans! 2 - Reprobed has kept that level of humor, for better or worse.