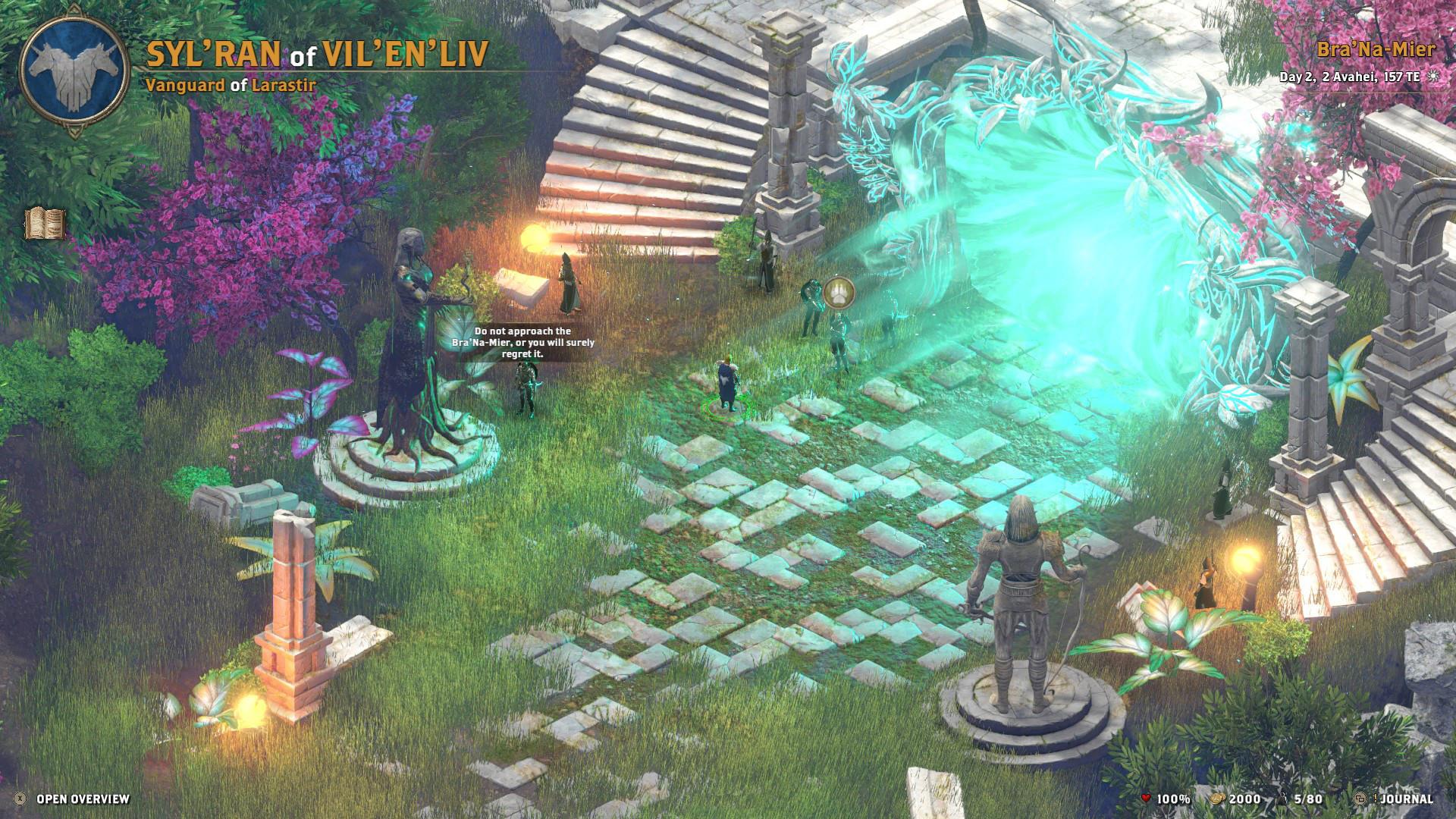 Alaloth - Champions of the Four Kingdoms

Computer role playing games have undoubtedly taken a backseat and lie in a very niche market in today’s gaming day and age. Nonetheless, there is still an audience for the genre considering triple A games such as Pillars of Eternity, Baldur’s Gate, and Diablo. Alaloth: Champions of the Four Kingdoms, the newest from indie developer Gamera Interactive, tries to innovate a genre of its own by combining the isometric point of view of a deep fantasy role playing game with the intricate combat systems of modern day Souls-like titles. Alaloth has been through a very rocky development cycle and suffered from numerous delays, but has finally released on PC via Steam Early Access. There’s still a lot of work to be done, but the game is in an overall enjoyable state, with tons of content to sift through.

Alaloth: Champion of the Four Kingdoms is set in a high fantasy world where the titular demonic entity is plaguing the lands. You play as a champion set to gather four artifacts scattered throughout different kingdoms in order to prevent Alaloth from consuming the world. You can choose between four different races, join a variety of different legions and clans, and define your identity however you want to. Different races determine your starting kingdom and different factions allow access to certain items and merchants. Along your journey, you can also recruit up to 4 companions to aid you. There’s lots of lore to sniff out, villages to visit, dungeons to explore, and bosses to conquer. 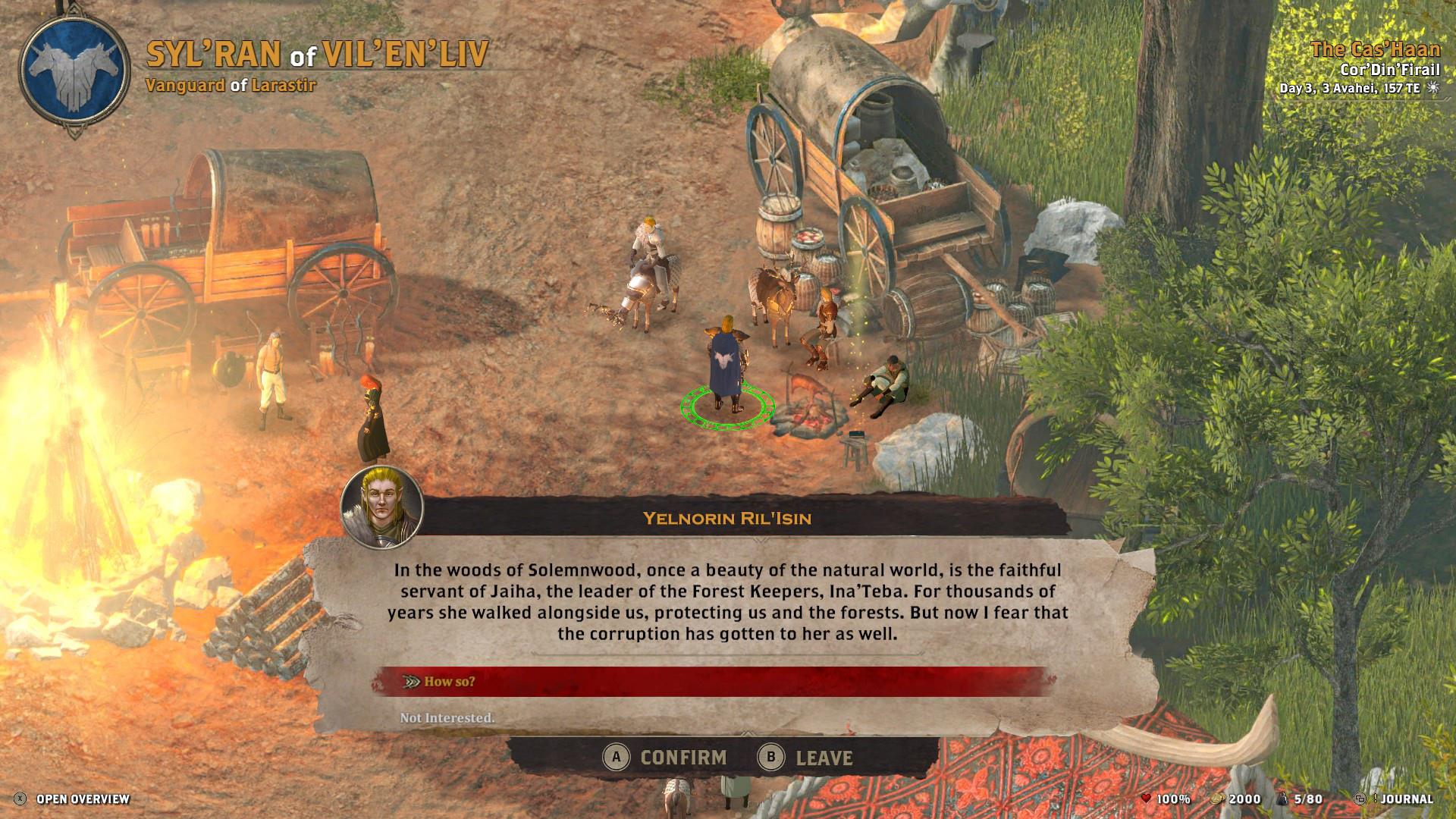 For a game that’s in Early Access, it feels more than complete content-wise. The entire game world feels lived in and alive, and that’s not an easy feat for most big budget games to achieve nowadays. Gamera Interactive even introduces a day and night cycle that influences how the world reacts. Merchants will move and certain events take place depending on the time of day. This makes the world feel much more dynamic and reactive, greatly immersifying the experience. However, the overall narrative is nothing to write home about and most if not all side quests are boring fetch or kill assignments.

The overall gameplay mechanics presented in Alaloth may come off as a mixed bag for some. First off, the game offers two gameplay modes: single player and competitive. Competitive is a misleading word to use since it suggests that the game might contain player versus player gameplay. This is not the case as the competitive mode is actually against three other AI-controlled champions that compete against you to gather the four artifacts to battle Alaloth. While it’s a nice option to have the competitive campaign as it promotes replayability and challenge, it’s not recommended for first time players due to the difficult learning curve of the game’s core systems. 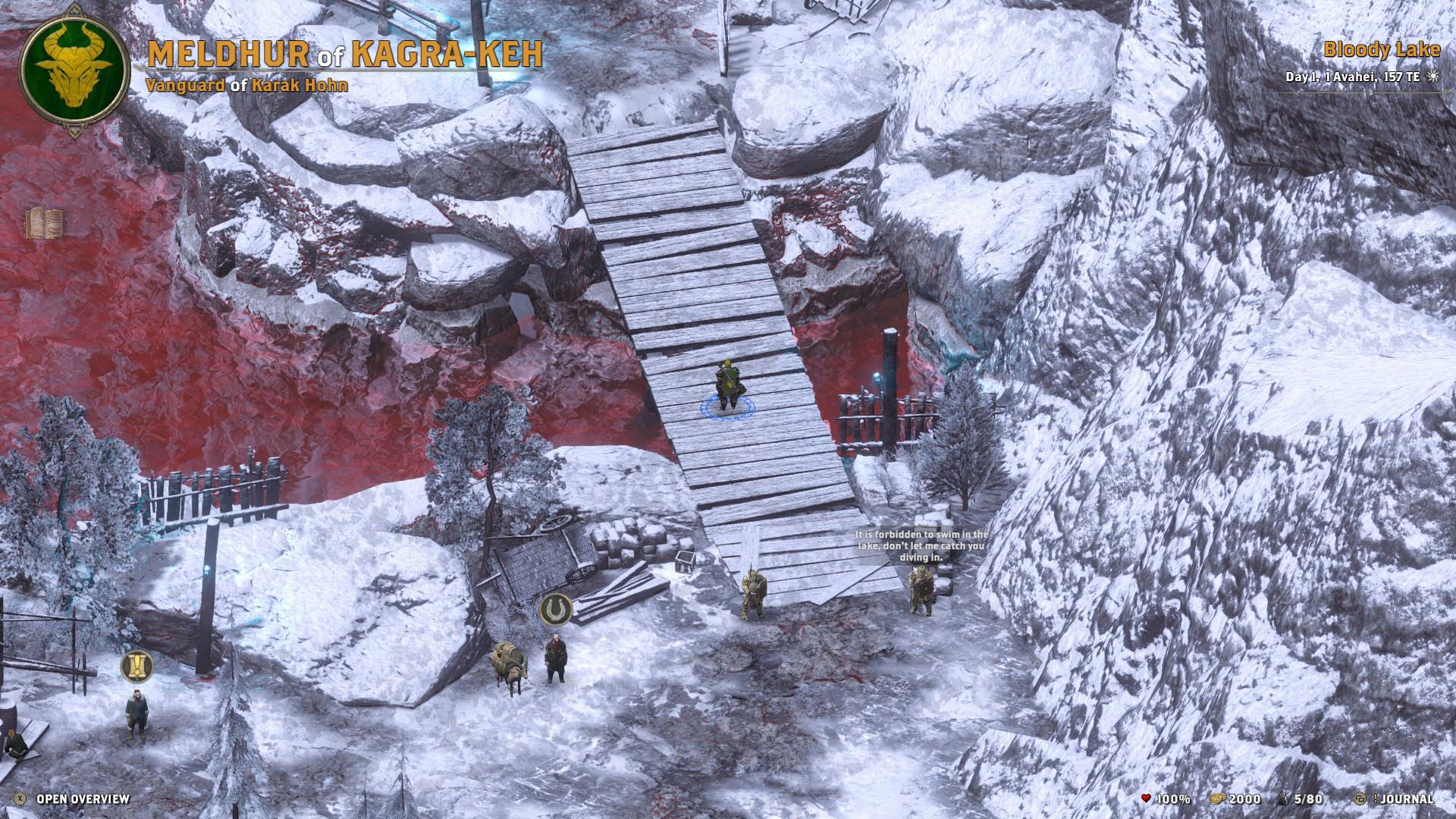 As previously mentioned, Alaloth: Champions of the Four Kingdoms differs from traditional C-RPGs by blending in Souls-like combat with a stamina based system of dodge rolls and parries. It’s quite difficult to transfer three dimensional Souls-like mechanics into a top down isometric point of view and it clearly shows here. Hacking and slashing are most common for games of this nature simply due to the fact that it’s extremely hard to see what’s going on the screen sometimes. Fighting one or two enemies at a time in Alaloth is doable, but when you are engaged with hordes of enemies, the entire system breaks. On top of combat, your weapons and armor also suffer from a durability system. Once broken, you must repair them at a workbench or return to town to fix it. What makes matters worse is that every time you die, and you’ll die a lot, every single piece of equipment loses durability. Sometimes the gameplay loop feels like having to make enough money to repair your items just for them to break again. It’s an absolute chore and simply not fun.

But perhaps the most questionable design element is that this game is not at all optimized for a computer, even though it’s only available on a PC. It’s uncertain when or if this game will come out on consoles. Mouse and keyboard support is insubstantial, as the game suggests using a controller instead. There’s no mouse cursor in menus and keybindings cannot be changed, resulting in a very clunky experience. The developers have announced that full mouse and keyboard support is coming soon, but the game is probably best played with a controller for now. Currently, the game does offer local co-op, but doesn’t make much sense, because you play computer games at a desk and monitor. Couch co-op is most common for console games on a couch and television. The actual co-op functionality can barely scrape by as a real feature, considering your friend can only take control of a predetermined companion in dungeons. 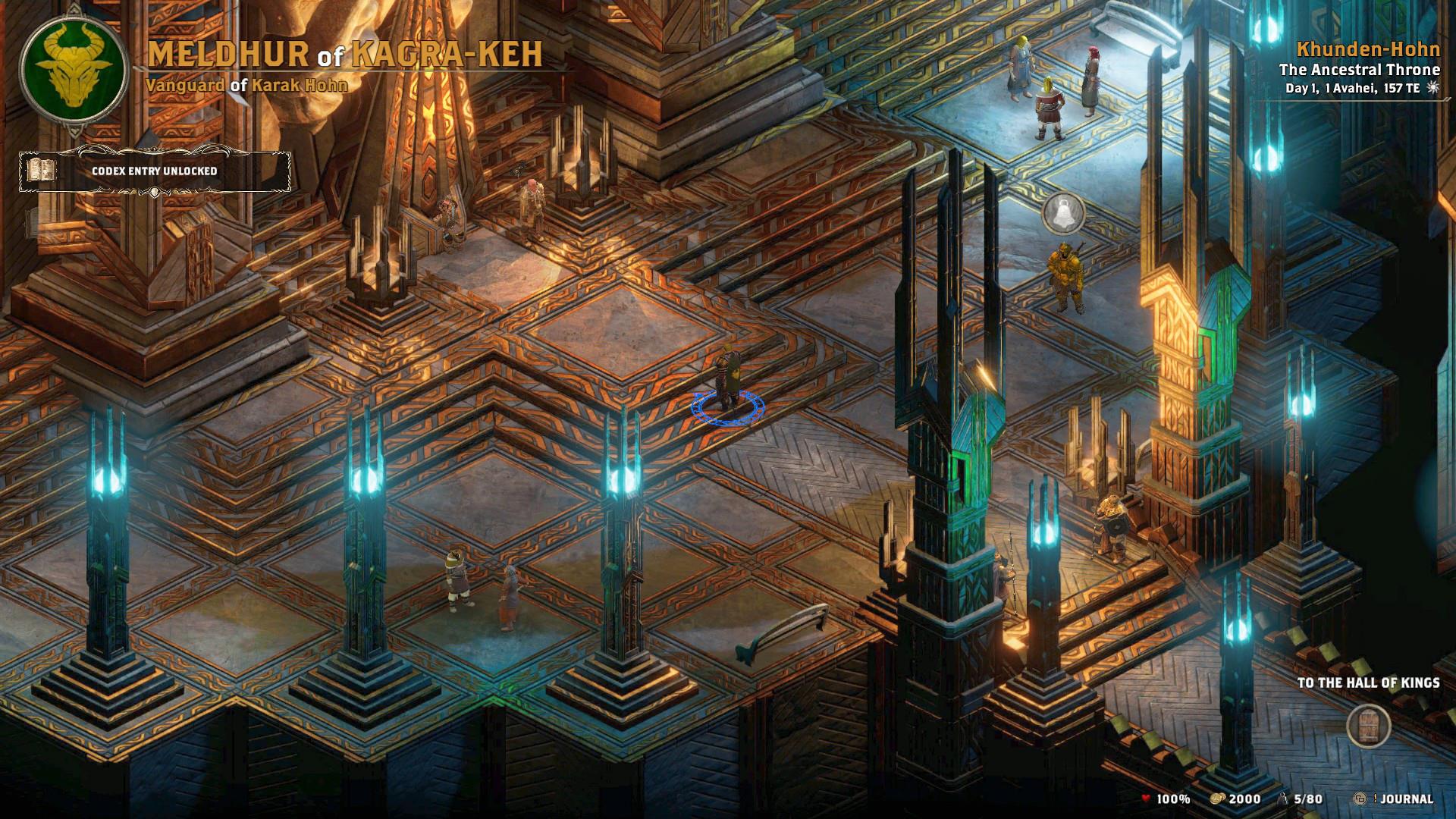 At first glance, Alaloth looks stunning, with an old school art style meshed with a modern aesthetic. Unfortunately, the graphics aren’t accompanied with any voice overs so you’ll be reading through tons of text. The developers do plan to add voice overs in the near future, but no concrete plans have been announced. The current soundtracks and sound effects are pleasant though, featuring ambient tunes and melodies.

The opening hours of the game might appear too difficult, vanilla, and janky, but those that stick it through will find an appreciation for the experience. The game is undoubtedly rough around the edges, but it’s clear that this is a passion project for the developers. Alaloth: Champions of the Four Kingdoms presents a unique blend of high fantasy role playing with deep Souls-like action combat. It pays homage to classic computer role playing games with an insane amount of lore coated with a nostalgic yet modern visual art style. The game plans to stay in Early Access for another year, and hopefully within that time, the limited mouse and keyboard support among other balancing issues will be addressed. The developers are extremely proactive in taking in feedback and announcing hot fixes. I have no doubt that this diamond in the rough will shine bright once it makes its full release debut, but it’s hard to recommend this game at full price in its current state. Alaloth: Champions of the Four Kingdoms is available now in Early Access on PC via Steam for $24.99.