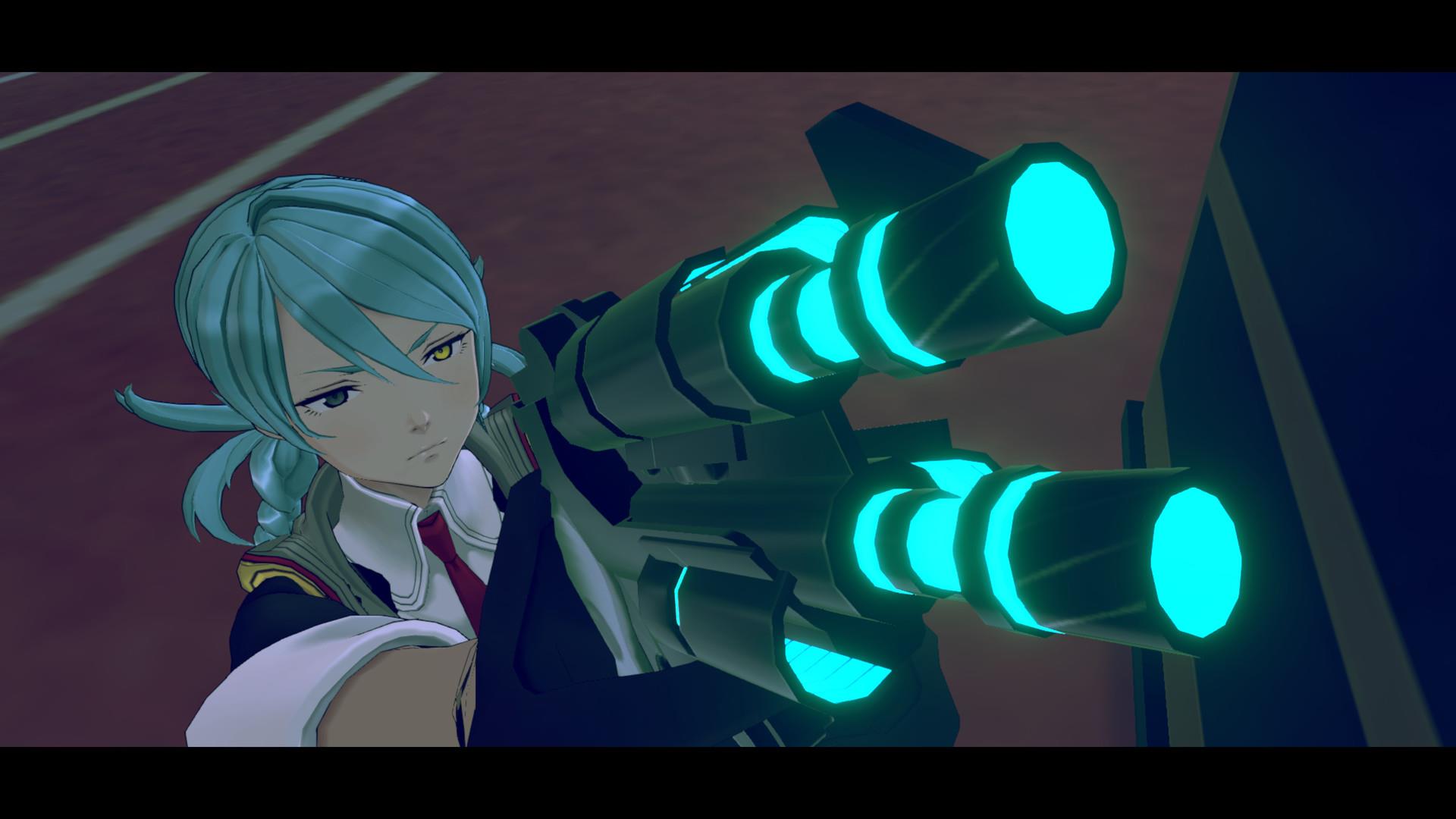 A murder mystery is always an excellent way to entice readers, but it requires a well-paced narrative and great character development to keep them invested until the end. The long awaited sequel to 2019’s AI: The Somnium Files starts off with the grisly murder of a CEO of a well known company. He has been cut clean in half on a live television quiz show, and while half of his body lies lifeless on the floor of the studio, the other half isn’t found until six years later. Directed by Akira Okada, who worked on the first game, and written by Kotaro Uchikoshi from the Zero Escape series, AI: The Somnium Files - Nirvana Initiative is a hybrid visual novel adventure game that mixes action detective gameplay with science fiction elements.

Nirvana Initiative did come off as a little overwhelming at first, with the game’s various gameplay mechanics and menus. Nirvana Initiative thankfully ramps you up to speed with the game’s various systems and even offers a spoiler mode option for those who have context from the previous title. The game hops between two different time periods, and swaps between two protagonists, Mizuki Okiura and Ryuki Kuroto. Mizuki, the foster daughter of the main protagonist of the first game, and Ryuki, a new character in the series, both work for the Advanced Brain Investigation Squad, and are sent down a rabbit hole to investigate the Half Body serial killings. A returning feature of the game are the autonomous AI companions in each of Mizuki and Ryuki’s left eyes. The AI-balls, named Aiba and Tama, aid the main characters with x-ray vision, heat sensors, and complex deductions. 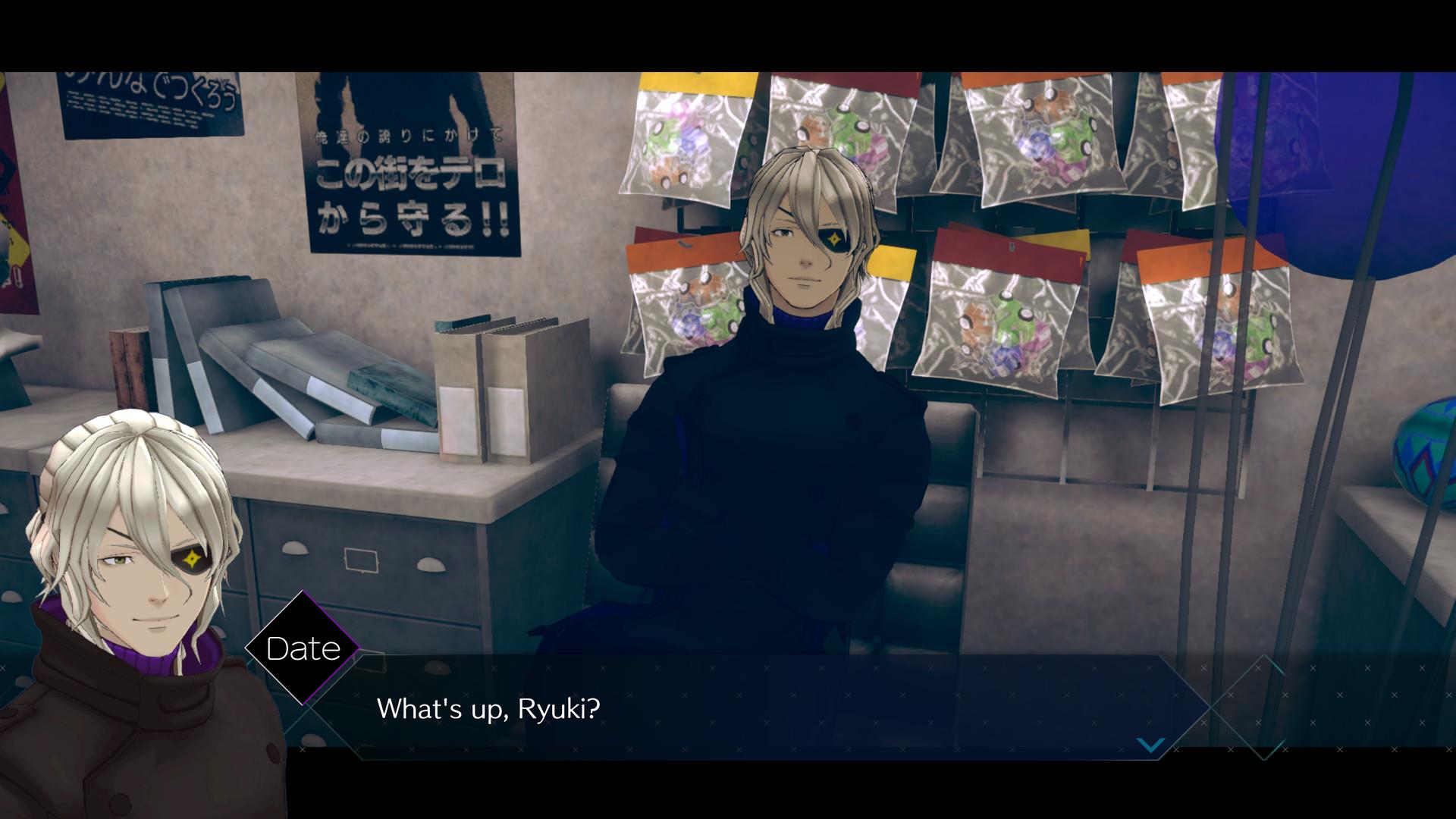 Gameplay of Nirvana Initiative is most akin to that of a visual novel, with excellently voice-acted dialogue and smoothly transitioned cutscenes. There are some quick time event sequences and minigames, but for the most part, expect to be reading a visual novel. You travel throughout various locations, ranging from a secret science lab to a casual restaurant, to investigate crime scenes and speak with various characters in order to gather clues and make deductions. Most, if not all of the characters are well written and likable, and the game strikes a great balance between being comedic and dramatic.

Evidence is scattered throughout and sometimes requires you to make use of x-ray or heat vision in order to gather. A new feature that Nirvana Initiative introduces is the “wink psync” that allows you to peer into an individual's psyche for a brief moment. While the narrative is mostly linear, the game does feature multiple endings, including a true secret ending. Unfortunately, there’s not a lot of variation and diverging routes to take in the overall outcome of the story. It also doesn’t help that the game feels padded and drawn out at times, with interactions that don’t add anything meaningful. It is true that this game is longer than the first, but is also more expensive than the first. 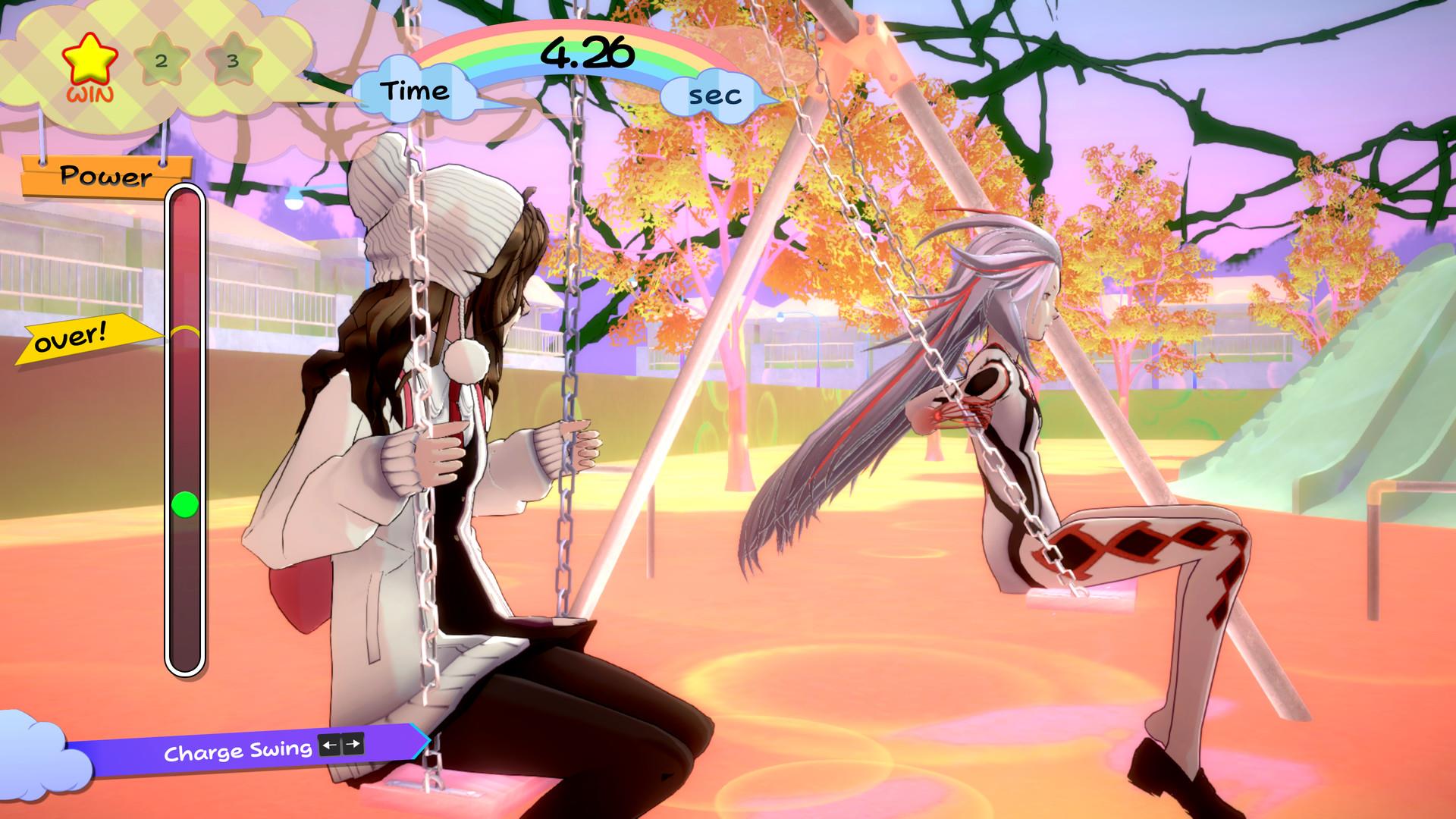 After a conclusion is made from all the gathered evidence, you recreate the crime scene in VR with the help of your AI partners. Another big portion of gameplay is the returning Somnium feature. When you interview certain individuals, you may be allowed to enter The Somnium, psyncs that essentially warp you into the dreams of another character, inception style. This particular gameplay section is played in the third person and pits you against a series of puzzles in order to unlock the innermost thoughts of your test subject. While you are in this Somnium state, you only have six minutes to solve the case; otherwise you need to start over. The game does offer several difficulty modes, which allows for unlimited retries and more time, so players can play the best way they see fit. The timer that continuously ticks down adds an immersive sort of tension that makes you feel like things are really at stake. The cherry on top is that every Somnium psync provides a different flavor of escape room style puzzles that encourages experimentation. Each Somnium also reflects the psyche of the individual dreamer, so the visual and audio styles differ vastly, further adding to the overall experience of the game.

There are a few side activities to partake in when you are not busy being a murder detective and jumping into other people’s dreams. Eyeball collectibles are scattered throughout that you can then exchange for outfits and unlockables for your AI companions. It’s a bit weird to dress up your female eyeball partners but I guess it’s cute. You can also talk to them in their respective rooms to ask them for life advice or just to chat. These bonus activities don’t add much to the overall narrative, but they are nonetheless a nice distraction from what is an otherwise serious game. 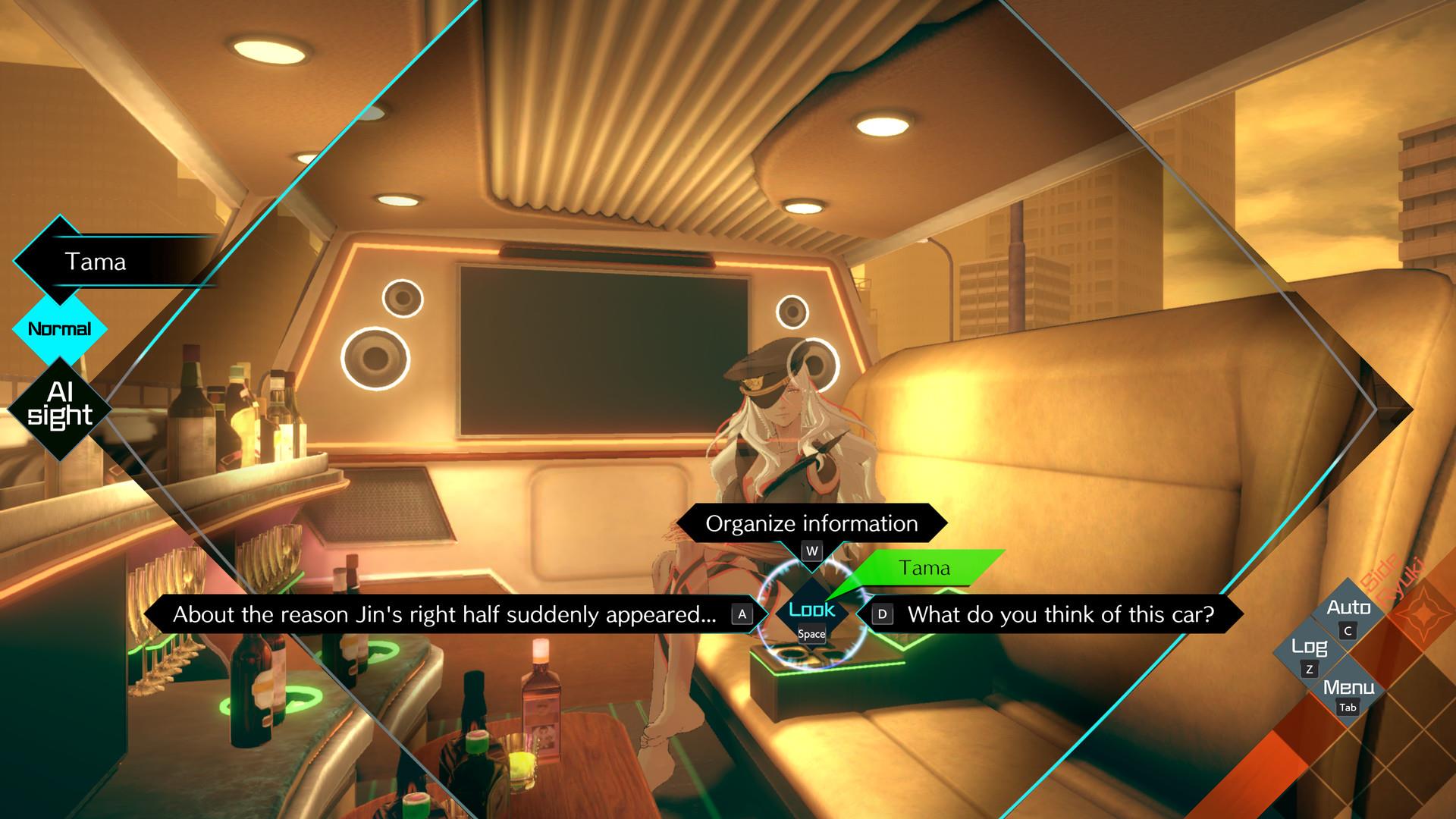 I played the PlayStation 4 version of the game on a PlayStation 5. While it is understandable that there is no native PlayStation 5 version of the game, the game still doesn’t fare too well on this console port, with extremely long load times and unresponsive menu buttons. Pausing the game and putting my console into rest mode still ticked the gameplay hour counter, so I’m sitting at over a hundred hours into the game. While none of these are game breaking or severe, they still took away slightly from my overall enjoyment of the game. Thankfully there were no hard crashes or freezes though.

Kotaro Uchikoshi successfully delivers an enticing narrative wrapped up into a hybrid visual novel adventure game. AI: The Somnium Files - Nirvana Initiative improves in many ways compared to its predecessor, including gameplay mechanics, animations, and soundtrack, but can also be seen as a step back in other regards. Its extremely linear structure and padded out sections may be off-putting for fans of the first, but the overall game continues to stand at the forefront of an otherwise niche genre.

AI: The Somnium Files - Nirvana Initiative is a masterfully crafted murder mystery visual novel that smoothly blends in detective gameplay elements and puzzle sequences. It features an outstanding cast of characters and a competently crafted narrative that will keep you on your toes until the end. Even though the game has a smaller flowchart in terms of diverging narrative paths than the first game and may feel drawn out at times, it remains well worth checking out if you are into games of this genre.