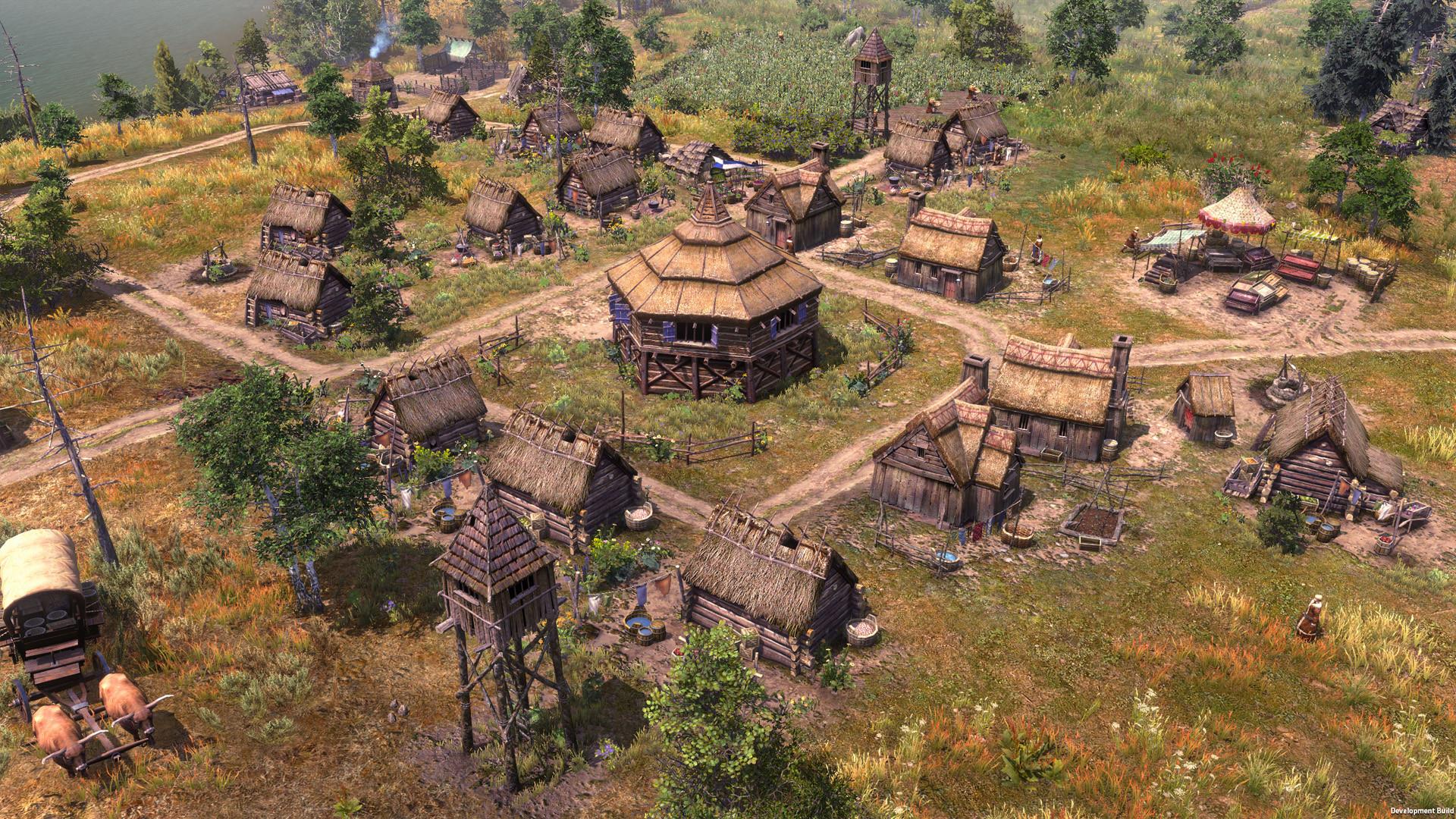 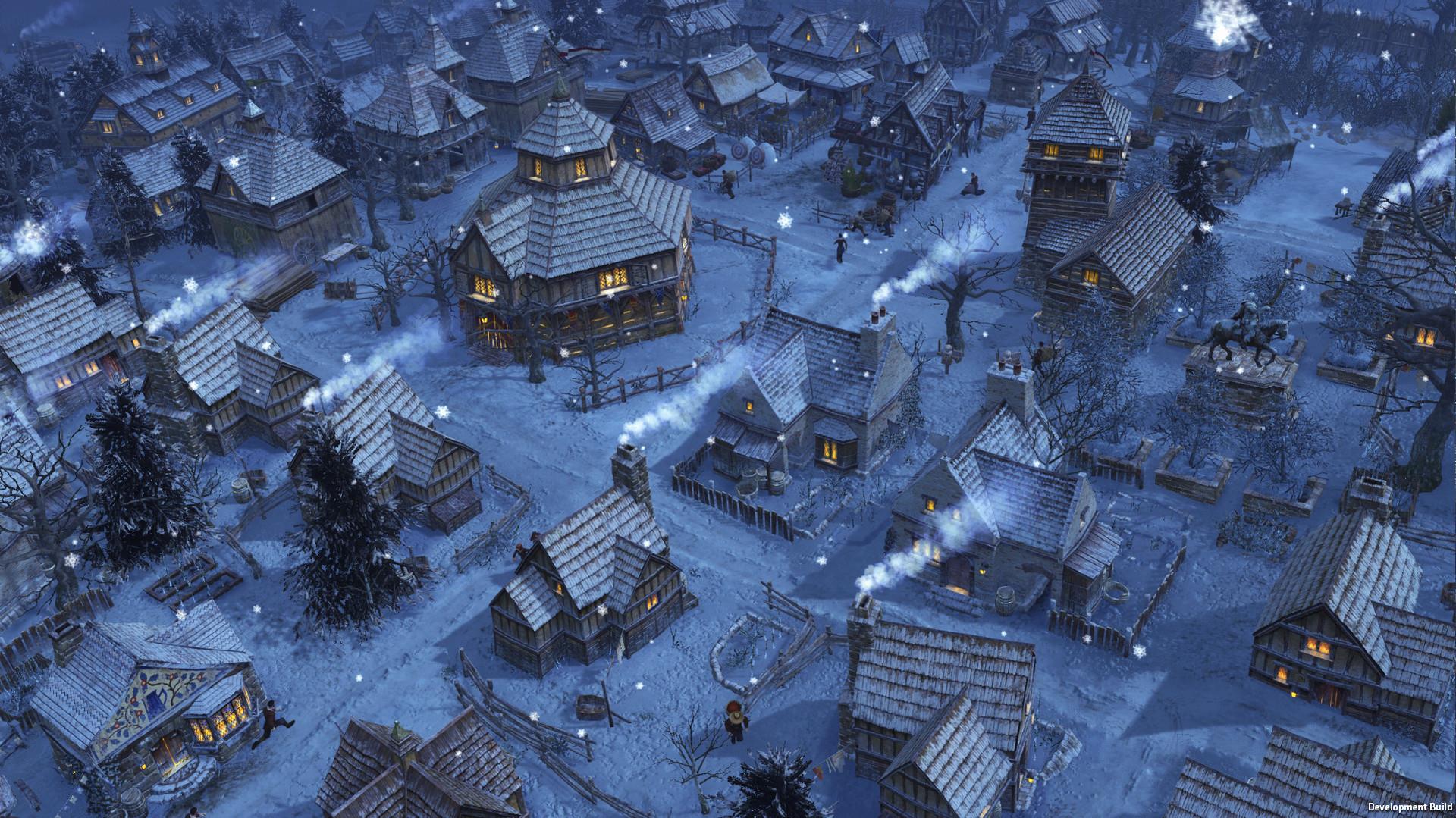 Players take on responsibility for the survival of a small band of villagers, recently having left life under the protection of the royal walled city for a chance at roughing it out in the wilds - out from under the thumb of the oppressive regime. These are folks that are no strangers to hard work - it seemed the more tasks I gave them, the happier they were. Players can immediately get to work plopping down a city center, then clearing the trees and brush from the immediate surrounding area. Before long, you can start placing houses, dropping wells, and pulling fish from nearby lakes.

Its fun to watch your little people scurry about on their missions. This is one of those games that shows everybody doing their job; the farmers actually farm, the loggers haul their logs, the hunters stalk through the woods looking for deer. The level of detail on display is fairly stunning, particularly when you consider that someone had to animate all of these individual actions, and the game has to render them all on the fly.

While the build that I played does not yet have a full tutorial in place, genre veterans should feel right at home. While the game does very little to hold the player's hand, I found that exploring the menu system on my own and reading tooltips provided enough information for me to get a foothold in area I decided to settle. Pro tip: build a firewood cutter as soon as possible. And no, cutting down trees does not equate to firewood. This game cycles through the seasons on a pretty brisk pace, so winter is always coming. Be ready. 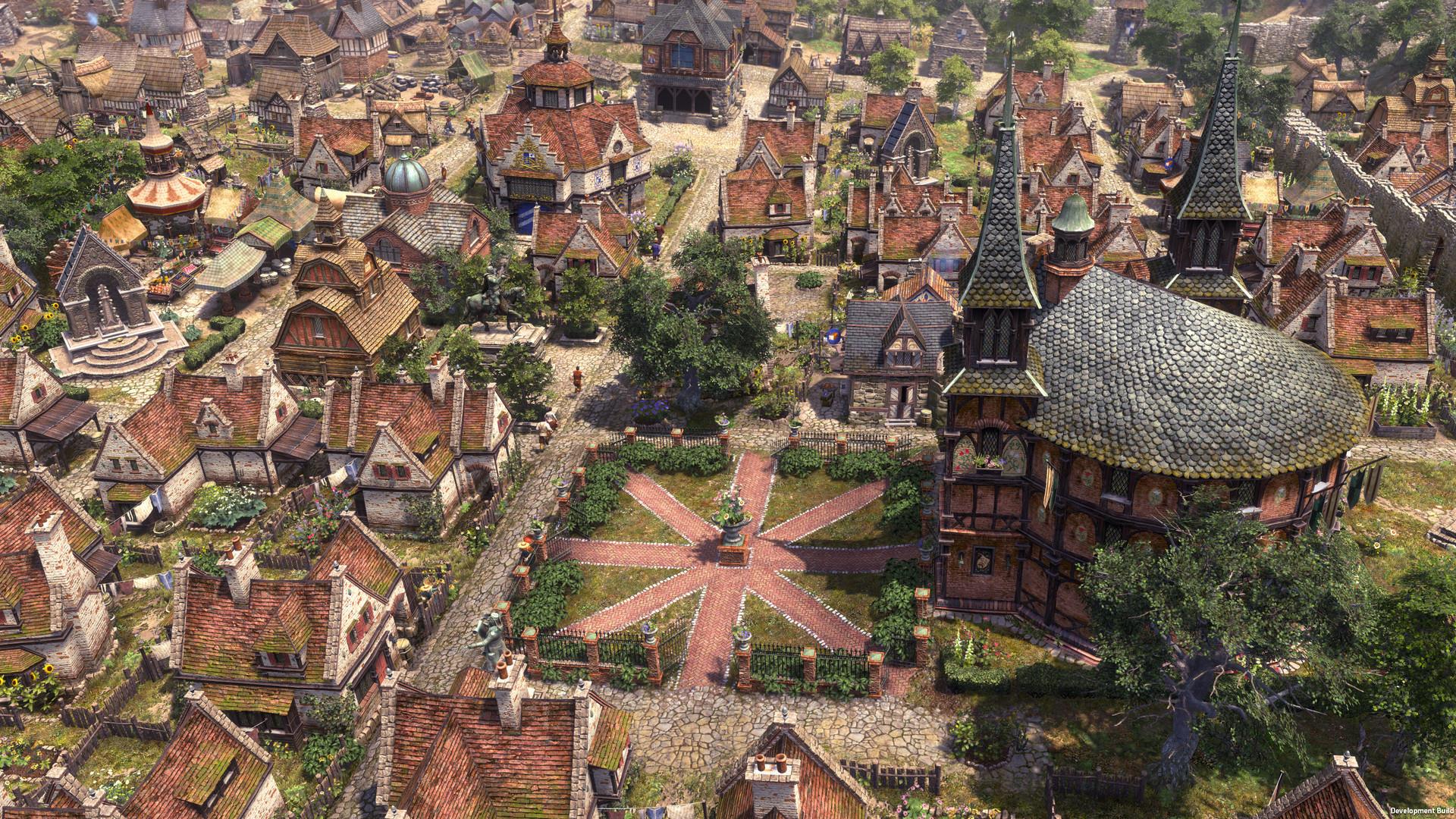 It should be noted that I was playing on the second of five difficulty levels for the video below. I have yet to be invaded by raiders, which is a good thing, as I have not gotten any sort of military in place. I built a watch tower, but I'm 90% certain at this point that it is completely unmanned, and was kind of a waste of resources. Indeed, playing though the first time, I'm certain that I've made a ton of mistakes, not the least of which was doing my usual "plunk down stuff anywhere with no rhyme or reason, future roads be damned!" strategy. Its how I typically roll, but in this case, it was due in part to the fact that I was unable to figure out how to rotate buildings before putting them down. I'm working on it.

I plan on playing more of Farthest Frontier in the coming weeks leading up to the early access release, so keep an eye on my YouTube channel for more videos. Now that I have a foothold in these here hills, I'm going to focus on exploring a little further and getting some roads, walls, and military in place. It's a peaceful life, but its not going to stay that way forever.

Farthest Frontier releases into Steam Early access on August 9. You can wishlist the game here.