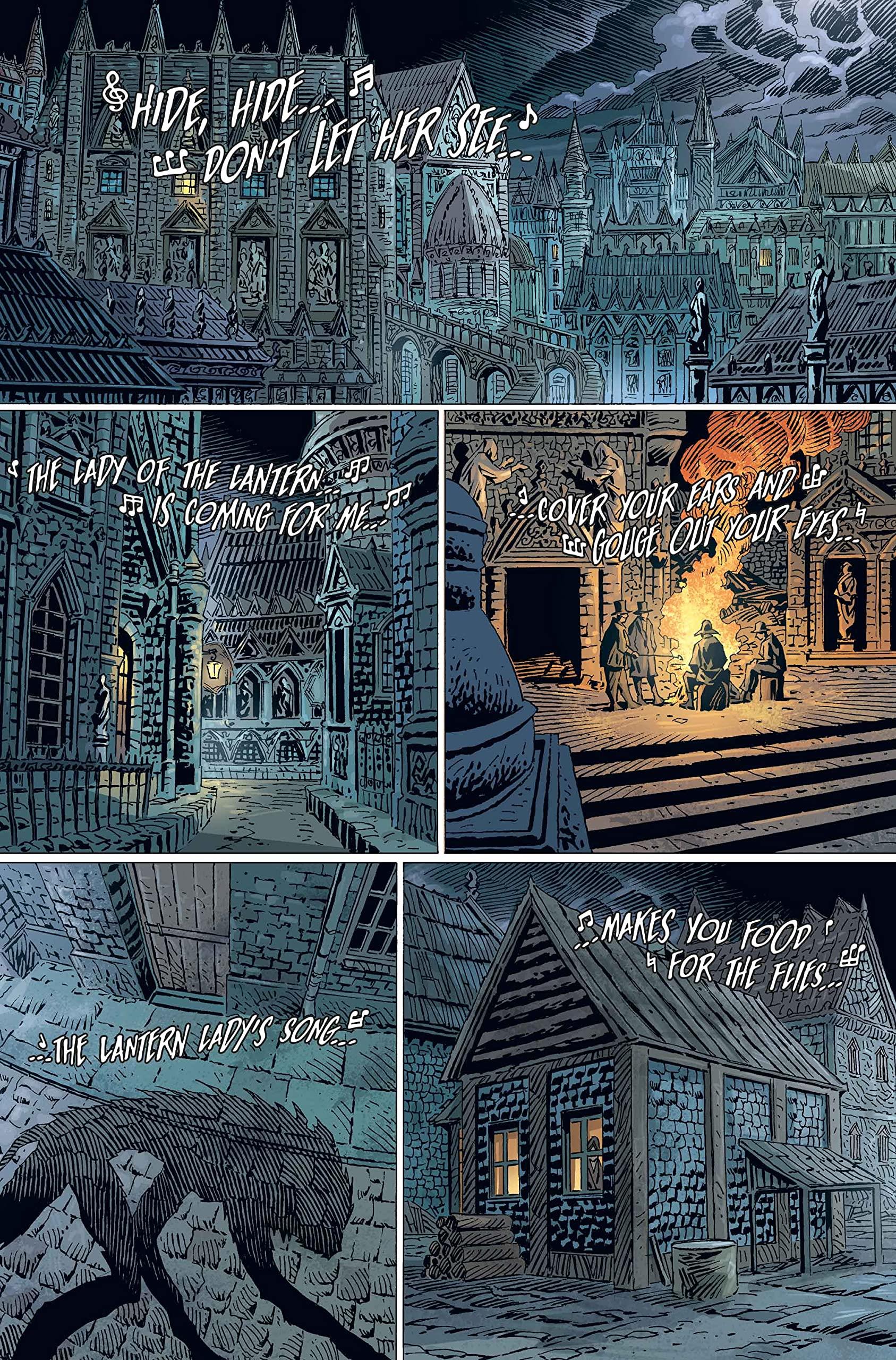 Bloodborne: The Lady of The Lanterns is writer Cullen Bunn’s debut comic in the world of FromSoftware’s Yharnam. Previous Bloodborne comics and graphics novels were written by Ales Kot whereas Bunn is best known for his Marvel comics. The Lady of The Lanterns is drawn by returning artist Piotr Kowalski and colorist Brad Simpson. This new limited series of comic books are based on Bloodborne, the action role-playing video game developed by FromSoftware and published by Sony.

From the title card and the grotesque cover art alone, The Lady of The Lanterns focuses primarily on the Winter Lanterns found within the main game. Winter Lanterns are humanoid eldritch abominations that can be heard singing an off-putting tune and cause the player to become frenzied. Their bulbous bulging heads in the shape of a brain are their defining feature and they are very dangerous enemies to face and are often avoided head on.

If it isn’t obvious already, I’m a huge fan of the original game and pretty much a fanatic for the Lovecraftian-inspired lore and world that Hidetaka Miyazaki built. Though this comic book does indulge me in some much needed Bloodborne content, it ultimately strays away from many of the canon ideas set in the main game. It undoubtedly features some visceral and graphically appearing art, but the story is a bit nonsensical, especially for someone who has context and background with the original.

The Lady of The Lanterns starts off with two unnamed young siblings waiting for their father to return home. An injured hunter mistaken as their father is allowed into their home as a scourge beast attempts to invade the front door. The unnamed hunter steps in and protects the children with the classic saw cleaver weapon and gatling gun. The hunter mutters “back to your lady”, as he shoots the beast dead, alluding to the Winter Lanterns as their leader.

This sequence defies known lore, as these werewolf-looking monsters do not obey the Winter Lanterns in some sort of hierarchical fashion. The Scourge Beasts most likely transform into the Cleric Beast seen within the main game, and are indirectly related to the transformations of Vicar Amelia or Laurence the First Vicar. The Winter Lanterns operate separately and if anything, the lanterns themselves obey a higher being known as the Brain of Mensis, both of which are never even encountered in Yharnam. 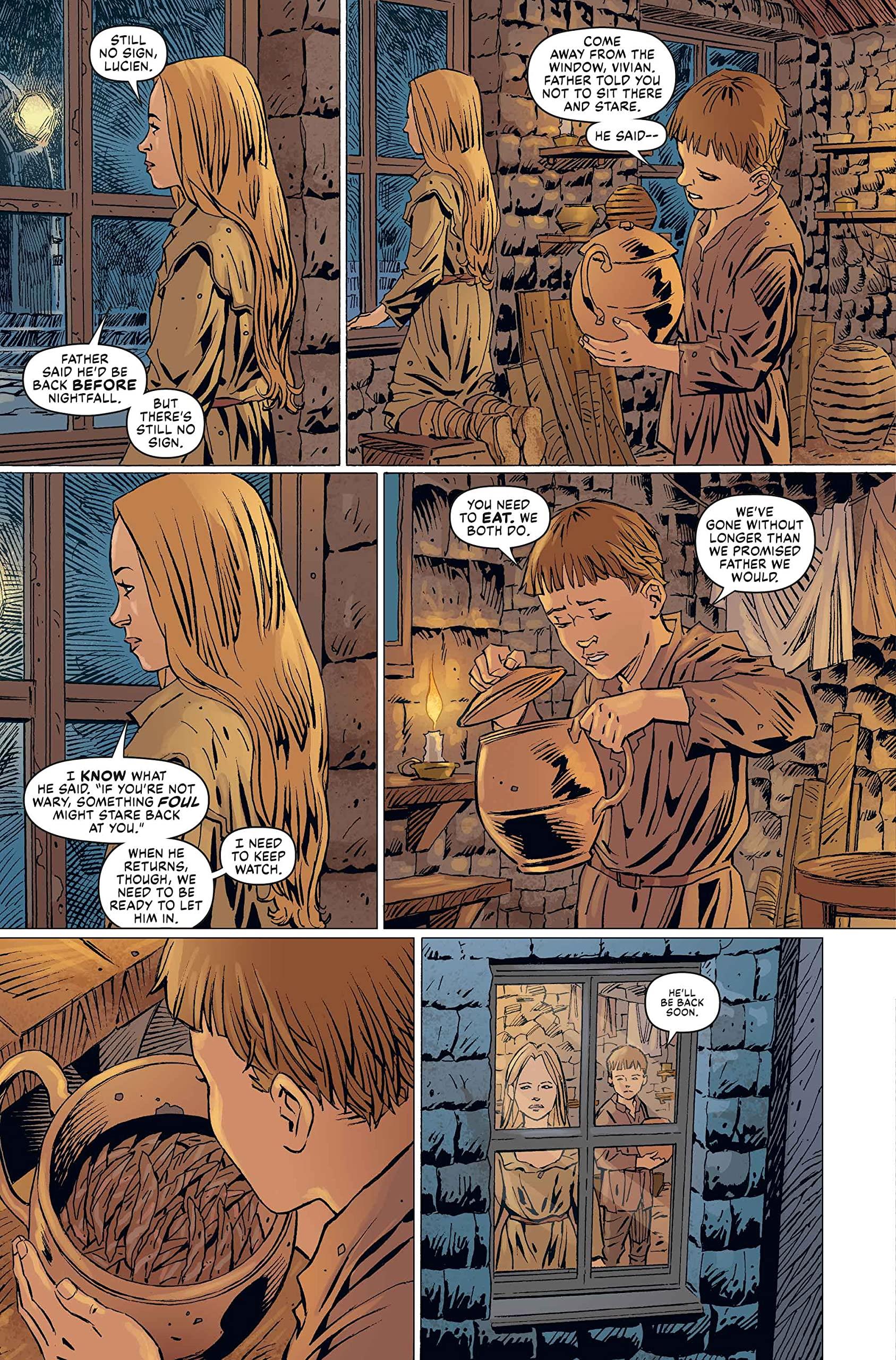 While it is fine that The Lady of The Lanterns is a standalone story where no prior knowledge is required, it would be nice if the writing could stay in-line with how the actual game lore is set up. Bunn does a good job setting up exposition and getting you invested with the characters introduced and the setting that they are in, especially with issue one ending on a cliffhanger. It gives the perspective of what normal folk would experience in a city struck by disease, as opposed to that of a hunter. However, given the abrupt ending of issue one, I’m not sure if this series would even continue in the perspective of the siblings, but rather this random hunter who stumbled upon their house. Nonetheless, I am keen on finding out what is next in store for The Lady of The Lanterns.

Bloodborne: The Lady of The Lanterns is divided up into four issues, with issue one releasing July 27, 2022, issue two releasing August 24, 2022, issue three releasing September 21, 2022, and issue four releasing October 19, 2022. Each issue will cost $3.99 USD. Issue one contains 22 pages so it can be safe to assume the remaining ones will follow in suite. 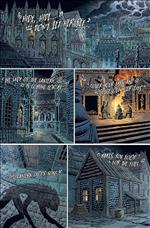 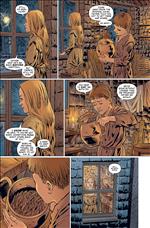 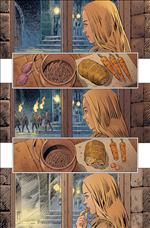